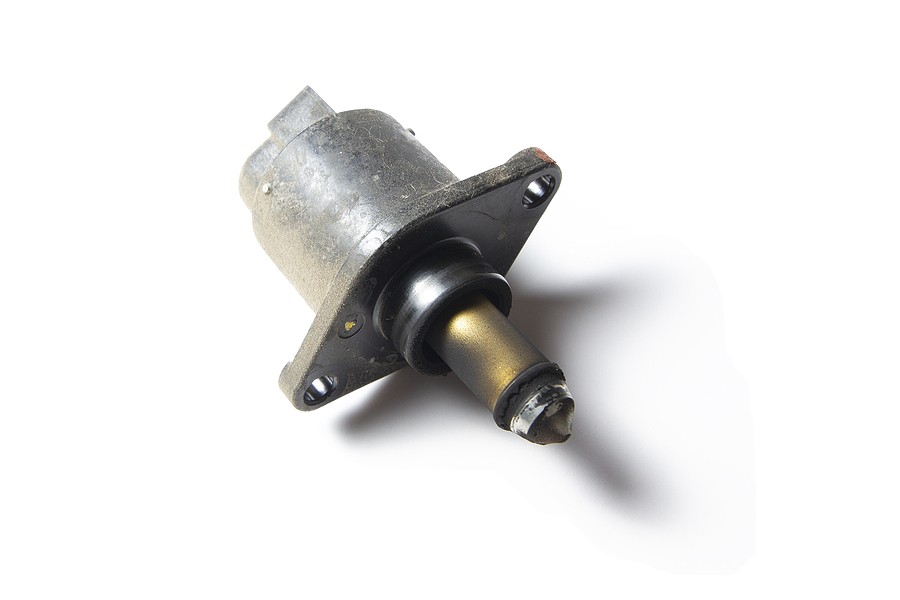 Whether you leave your car running in the driveway so it can heat up during the winter months, or leave it idling while you run a quick errand, we’ve all been in a situation where we had to leave our car idling.

The truth is we all idle our cars more than we would like to admit. Sometimes it happens in traffic or at drive-through fast-food restaurants. Either way, it can be helpful to know how long is too long to leave your vehicle idling. While leaving your car running isn’t exactly good for the environment what type of effects can this have on your car?

What Exactly Is Idling and Why Is It Sometimes Necessary?

Idling occurs when the engine is running but the car isn’t in motion. In some instances, idling is unavoidable such as when you are stuck in morning traffic. In a situation like this, it doesn’t make sense to keep shutting the car off because you’ll need to be ready to move ahead when the next car in front of you goes forward.

Idling is a common practice but can harm your vehicle?

What Happens When You Leave Your Car Running?

As long as you have a full tank of gas, if you leave your car running you can expect the engine to remain active. However, it uses a minimal amount of fuel for internal combustion while the vehicle is idling. The only time your car will cut off is if you have a faulty thermostat or fan belt and it breaks. Since the engine is still running, other vital processes are still occurring while the car is idling such as:

Newer cars are designed with water-cooling systems which eliminate the need for air to flow into the engine to regulate the temperature so if you leave your car idling in these vehicles you don’t have to worry about the engine overheating.

Does Idling Cause Damage To Your Car?

Impacts The Engine and Exhaust System

According to experts, leaving your vehicle running is one of the worst habits a driver can have. In fact, idling for extended periods can start to decrease the useful life of the vehicle’s engine. When the engine is running and the car isn’t moving, the engine isn’t operating at its peak temperature. As a result, the fuel isn’t completely combusted which leaves behind a harmful residue that damages the exhaust system.

Also, the longer you leave your car running the more oil you are burning up in the engine. The oil in the engine circulates throughout all of the motor’s components keeping it well-lubricated so that it can last long. When oil is burned up, it decreases the amount of oil left in the engine which causes friction amongst the parts within the motor.

You’ll find yourself needing to have the oil changed in your vehicle more frequently. Failing to keep up with these frequent oil changes will compromise the entire engine and you’ll need to have it replaced which can cost several thousands of dollars.

Regular idling can lead to the deterioration of vital components on your vehicles such as the spark plugs, head gasket, and cylinder rings. This is because partially combusted fuel leaves behind a residue on the cylinder walls and it can eventually foul the spark plugs, cylinder rings, and in severe cases the headgasket.

The alternator isn't providing the same level of charge to the battery when the car is idling compared to when it’s in motion. When your vehicle is at an idle, the alternator is providing at least 14 volts of electricity to the battery to help keep it charged. If you have underlying electrical issues or it’s been some time since you changed your car’s battery, idling will put a strain on it and can cause it to die.

Can I Run Out Of Gas By Leaving My Car Running?

Believe it or not, leaving your car running doesn’t waste as much gas as you think it would. Did you know that when you step on the gas pedal your vehicle consumes between 14-20% of your entire gas supply? When you aren’t in motion, the engine consumes even less fuel. On average cars burn approximately 1/5to 1/7 gallons of gas while idling. Depending on how backed-up traffic is, the vehicle can burn a little bit more gas.

Cars with great fuel economy such as hybrid vehicles and the Honda Accord or the Nissan Versa burn less fuel during idling. If you have a full or almost full tank of gas, your car can idle for twenty-four hours without running out of gas. You’ll have at least half of the tank left. Idling tends to drain the gas out of trucks and midsize SUVs.

Idling Can Be Harmful To The Environment

Idling can have a negative impact on the environment. That’s why twenty-nine states within the United States have laws and regulations governing idling. New Jersey prohibits the idling of a gas or diesel engine for longer than three consecutive minutes. Colorado, Maryland, Texas, Vermont, and Washington are other states that limit vehicle idling to three minutes. Leaving your vehicle running longer than that can result in a fine.

Anti-idling laws were enacted because of the harmful impact on the environment it causes. Yes, idling can further cause pollution by emitting more carbon monoxide into the air. Scientists say that leaving your car running emits more carbon monoxide than smoking three packs of cigarettes.

For years, idling has been leaked to global warming, asthma, cancer, cardiac disease, lung disease, and other serious health problems. According to studies published by the World Bank roughly three times more people die from air pollution-related deaths than automobile accidents. Air pollution from idling hurts children the most because they have sensitive lungs that are still developing. Also, children breathe fifty percent more than adults which means they take in more of these harmful pollutants in the air.

The federal government provides incentives for idling-reducing technologies. That’s why automakers have made vehicles that are equipped with a stop-start function which cuts the engine off when you stop the vehicle for ten seconds or more. This helps reduce idling.

How Long Should You Leave Your Car Running?

How long is too long to leave your car running? Depending on where you live, the law states that you shouldn’t leave your vehicle idling for more than three minutes. Many people leave their car running when they first start it up in the morning to give the engine enough time to heat up. However, most modern cars don’t need to be warmed up unless the temperature is lower than 0 degrees Fahrenheit. As a general rule of thumb, you don’t need to run the engine longer than thirty seconds to thoroughly warm up the engine and get the fluids flowing.

The longer you keep your car running when it’s not in motion, you increase your chances of depleting the battery if you have a faulty alternator. The alternator won’t be able to sufficiently charge the battery and this will cause the car to lose power.

When you leave your car idling while you go into a store or even in your driveway you leave yourself exposed to theft. Last year, over a hundred idling cars were stolen. Oftentimes, car thieves are equipped with tools that can bypass any security features that are active on the vehicle

Important Myths About Idling You Should Know

There are so many different myths about idling, dispelling these myths can help you make the right decisions when it comes to operating your vehicle. Here are a few of the most common myths:

Myth: Frequent restarting is hard on the engine and idling is safer and burns less gas

Myth: You’ll freeze or be too hot without the AC/Heat

Your car consumes significantly more money when the air conditioner or heat is running. Idling with the AC on an eighty-degree day can cost you about $3 a gallon in just thirty minutes. If you were to idle your vehicle with the AC on for at least thirty minutes a day, five days a week you would be spending approximately $200 a week on fuel.

There are other measures you can take to keep cool during the summer and warm during the winter months. Gloves, warm drinks, personal fans, and even cold drinks will suffice and you’ll be saving money.

As previously mentioned, leaving your car idling can increase pollution. Exhaust fumes are toxic and they often emit carbon monoxide especially when the heat or AC is running.

How To Stop Idling

You can stop idling by:

Leaving your car running for an extended time is highly discouraged. When you make idling a habit it will impact the overall performance of your vehicle. In addition, it can also be directly harmful to your health. After all, idling causes a buildup of fumes in the exhaust system which emits power and toxic pollutants. Remember, to never leave your car running for longer than thirty seconds.

Q: Is it bad to leave your car running for thirty minutes?

It is a bad idea to leave your car running for thirty minutes especially if you have the air conditioner or the heat running as well. The longer you leave your car idling the more fuel you will waste, the more pollution your exhaust will emit in the air, and in older cars, the engine will start to overheat.

Yes, running your car can eventually damage different components within your vehicle. It can cause partially burned fuel deposits to build up in cylinder walls which fouls the spark plugs and cylinder plugs.

Q: Can I leave my car running with the heat or AC on?

Leaving your car running with the heat or AC running is never a good idea.