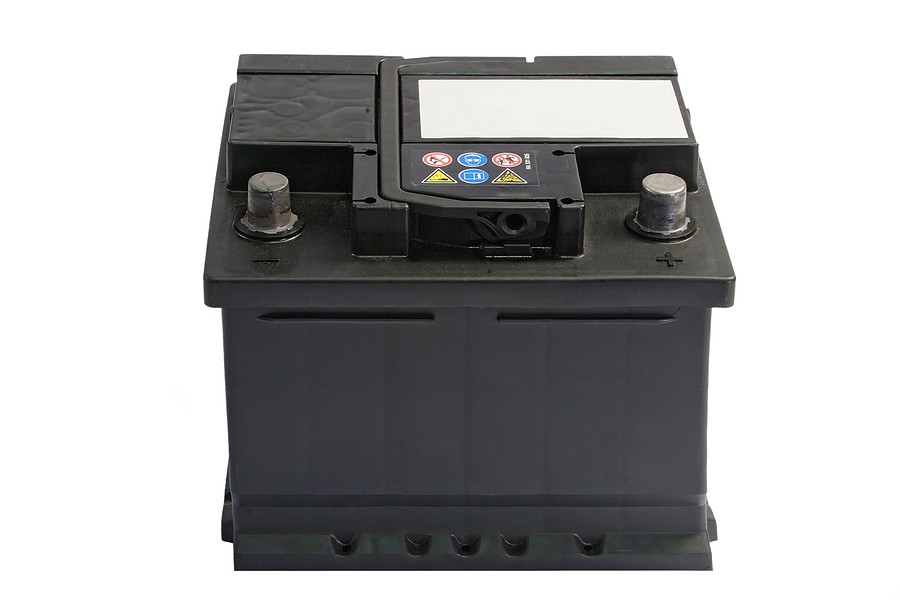 Learning about “what happens when a car battery gets overcharged?” helps you protect the battery and extend its life while preventing major better damages. When the battery is overcharged, its fluid escapes in a form of oxygen and hydrogen gases. These gases might explode if exposed to any ignition source causing sulfur to spray outside the battery and ruin the surroundings.

Your vehicle's battery is a critical component because it provides the initial source of electric charge to get your vehicle going. With a bad car battery, it gets extremely complicated to get the vehicle started.

This article highlights “what happens when a car battery gets overcharged?” It also explains the main causes for overcharged battery, along with some symptoms indicating that your vehicle's battery is overcharged.

What is the car battery, and what does it do?

Your vehicle's battery is responsible for providing the initial charge that through engine needs to get started. When the battery is not in good condition, you will most likely not start the vehicle unless you rely on things like a jumper starter.

There is a very common misconception that the battery also provides a continuous charge to the electric components in the vehicle. That is, however, not the case because it's the alternator's job. So basically, think about the battery as the main component that sends a huge electric charge signal to wake up the engine and get the vehicle going.

It's very important to keep the battery charged because it can be extremely challenging to deal with an uncharged battery and have difficulty starting your vehicle, especially if you are driving in areas where the weather is very cold. Also, it's not easy to deal with cars problems in the morning.

What happens when a car battery gets overcharged?

To get an idea about how critical it is never to overcharge the battery, it is important to understand “what happens when a car battery gets overcharged?”

Typically, an overcharge car battery results in the following:

What are the causes for an overcharged car battery?

Since the overcharged car batteries can become a big risk, it is important to understand what causes them to get overcharged. Once you understand the causes, you can prevent them from happening and save your vehicle and yourself.

Here are some of the common causes for overcharged car batteries:

The good news is that replacing the bad voltage regulator is not a big deal and shouldn't cost you a lot of money. In fact, many people prefer to replace their voltage regulators by themselves without needing a professional mechanic.

The alternator is also easy to replace the part, so it shouldn't be a terrible problem. So it is you want to confirm that the problem is coming from a bad alternator.

Many people rely on external sources to charge their batteries, and if they don't have enough experience, they can easily cause the battery to get overcharged. For example, some inexperienced drivers think that leaving the battery connected to the charger more, it is better; however, that's not the case.

Therefore, before at something the charger about it using an external try source, consider reviewing some tutorials and familiarizing yourself with the time needed to keep the battery connected to the charger to prevent damaging it.

Again, if you rely on external chargers to get your battery going, it is important to ensure that the chargers are in good condition. In other words, some local chargers might show different information than what they do.

Thus, it is very important to go through the charter and understand all its characteristics. Also, do not forget to read some reviews about certain starters and go with the cheapest one.

Although we all know that most car batteries problems occur in the winter, summer can be a big factor causing overcharged batteries. When the battery is exposed to extreme temperatures, the internal chemicals can get reactive, damaging the battery.

What are the symptoms of an overcharged car battery?

Your vehicle is smart enough to let you know about overcharged batteries before they even do. You'll notice some symptoms and warning lights on the dashboards grabbing your attention to take immediate action.

Let's take a closer look at some of the common symptoms of an overcharged car battery:

Depending on the severity of the problem and your vehicle type, you'll see several warning lights on the dashboard. Keep in mind that these warning lights might be related to other issues in the car, which means that you cannot only rely on a check engine light or another sign to say that the battery has a problem.

You need a second level of inspection by taking the vehicle to a professional mechanic who can look inside the vehicle and let you know about the real culprit.

Another thing you might notice when the car's battery gets overcharged is water leaving the battery. Water will not literally leave the battery in a liquid form; it turns into hydrogen and oxygen gases which are much easier to leave the battery through the small vents.

In difficult situations, the battery itself might explode because of the exposure of both oxygen-hydrogen to any ignition source. When that happens, you'll notice some severe damages, and it might impact you, people around you, and probably the properties your vehicle is in.

As the battery explodes, as it can spray throughout the place, causing some risks of harm. In addition, when acid reaches any surface, it increases the chances of rust and corrosion. Therefore, when dealing with an overcharged battery, there's a high potential to cause damages to the surrounding components in the vehicle.

Is it OK to leave a car battery charging overnight?

As you noticed earlier, over towards car batteries can result in many catastrophic consequences that you might not pay attention to and will not be able to deal with if it happened overnight when you are not present.

Can a car battery explode if overcharged?

Yes, as we indicated earlier, if you overcharged the car battery to a certain point, water inside the battery converts into hydrogen and oxygen gases that might cause an explosion if exposed to any ignition source. Thus, overcharging the car's battery does cause risks of fires.

Can you ruin the battery by overcharging it?

Yes, overcharging the car's battery can result in damaging it. Therefore, it is always important to never overcharge the car battery. You can do so by familiarizing yourself with different causes of overcharged car batteries and preventing them.

You can also resolve the minimum repair costs by monitoring any symptoms indicating that your car's battery is overcharged.

Can you fix an overcharged car battery?

Unfortunately, when your car's battery gets overcharged, it is extremely hard to say that you can fix it. This is because the battery got to a point where the external cases melted, and the internal water was converted into gases, and these gases left the battery.

With all that's happening, there is a very high chance that your mechanic will ask you to get the part replaced.

If you're worried about the car battery replacement, you can shop for some used car batteries in decent condition. However, keep in mind that the used car batteries will not guarantee that they will last for a long time, and sometimes investing in a brand-new battery might be a better idea to prevent dealing with battery issues soon.

How long can you leave a trickle charger on?

The trickle charger is a great idea for keeping the battery charging for extended timeframes, especially if you're planning to store the vehicle. However, even with the trickle charger, you don't want to leave it on for a long time.

According to automotive experts, the trickle charger can still be connected to the battery for up to 16 hours only. However, you don't want to go beyond this threshold because, after that point, there's a very high chance that you could overcharge the battery and cause the mentioned negative consequences.

An overcharged battery most likely smells like a rotten egg. This is because it contains some sulfur, and as the battery is overcharged, it might create some cracks allowing this sulfur to leave the battery, and it will leave in the form of hydrogen sulfide, which also has a rotten egg smell.

Remember that it will not be just the rotten egg smell; It might also cause some throat irritation to some people who might have allergies or react strongly to hydrogen sulfide.

It's very common to hear about batteries problems related to charges issues. However, it might be new to some drivers to hear about overcharged car batteries.

If your vehicle has issues with an overcharged car battery, you can replace the battery. However, if the vehicle has other major problems, it might not be worth the investment, and you'd better sell your vehicle instead and use the money towards a better car that doesn't have any problem.

While you might not be able to sell your vehicle to a private buyer easily, Cash Cars Buyer is willing and guarantees to move your car within one to three days only!