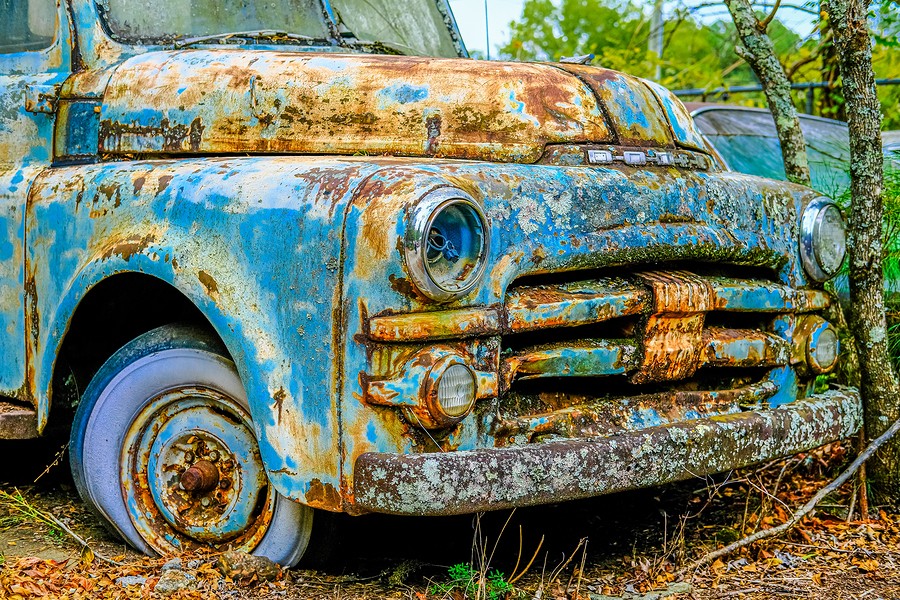 Have you ever thought about what happens to your junk car once you get rid of it? What do junk car buyers do with the worthless clunker? As it turns out, there are several fates awaiting cars at the end of their useful life. This article is a must-read for you if you are curious to know where dead cars end up.

Beauty lies in the eyes of the beholder and the same holds true for cars as well. Sometimes, cars that are apparently at the end of their useful lives just need to get in the hands of the right owner. Cars that are between 20 – 40 years old are considered classics. There is a burgeoning market for classics in America. Think about the old muscle cars that are routinely featured in Hollywood flicks.

Almost all states require special license plates to be fitted on antique cars. So, a car that is an antique in Oregon may not be one in Illinois. If your car is old you may want to check with antique car buyers in your area whether they are interested in a purchase or not. You could get more than scrap car value for the vehicle.

Ever wondered where all the destroyed and damaged cars in the latest action flick comes from? Several directors are famous for their car chase scenes and all the cars that get destroyed in the wake of the escape. You can bet the producers are not paying for brand new cars to be destroyed on set. That isn’t just expensive, but also wasteful considering the amount of resources, time and labor that goes into car manufacturing.

Movie and TV directors use already damaged cars or junk cars as props. Most of the cars that you see get blown up on the screen are not even in working order. This is if they don’t need to be in motion when the crash takes place. While there is no running tally of the number of cars destroyed on screen, there are certain notable examples that are worth mentioning.

The filming of the kids movie G.I. Joe: The Rise of Cobra (2009) saw the destruction of 78 vehicles in the Paris scene alone. There were more during the course of the movie. Before this, the record for the most car destruction was held by The Blues Brothers (1980). There were 60 cars destroyed during the filming. The Dukes of Hazzard TV series from 1979 to 1985 destroyed over 300 cars in a span of just 6 years. In comparison, the movie version in 2005 destroyed about 30 despite that movie being terrible but not as bad as The Last Jedi or Are We There Yet?

As you can see, there is a high demand for car props in Hollywood. Almost every action movie has a high speed car chase and the inevitable carcasses of motor vehicles.

Generally, cars that are totaled get sold to junkyards where they are scrapped or recycled. A car gets totaled when it is beyond repair or when your insurance company writes it off. This means that the car is going to cost much more than what it is worth right now. Cars can easily lose their value after being in a major accident or getting damaged in some natural disaster.

However, contrary to popular belief, being scrapped or stripped for parts is not the only fate awaiting totaled cars. You need to understand that totaled cars are not always irreparable. Sometimes, insurance companies will write a vehicle off even when the repair/value ratio is not that high. Most states have their own set ratios in the vicinity of 60-100% of the car’s value.

It is possible for the car to be repaired and sold after acquiring a salvage title from the department of motor vehicles of a particular state. Sometimes, local mechanics purchase such vehicles directly from sellers or junkyards for the purpose of repairing and reselling. However, they still need to acquire a salvage title for the vehicle.

Title washing is illegal in the United States. This is when a totaled car is repaired by unethical people who then make an attempt at getting a clean new title in another state. The new title doesn’t come with the word ‘salvage’ and unsuspecting people pay market value for the vehicle.

Your junk car may be stripped for End of Life (EOL) parts. Many junkyards offer a great value for cars that are still in a fairly decent shape. They may go so far as offering a salvage price for the vehicle. This is because they strip the car for its parts and resell them as spares for other vehicles. Such piece-meal sale allows junkyards to make a tidy profit.

You may have driven across places that seem to have an ocean of broken-down junk vehicles just sitting there. They may sit gathering dust for years while the parts get stripped one thing at a time and sold. Remaining car after all the good parts are gone is sold to a scrap metal buyer. They usually crush the car for metal, rubber and plastic bits.

Some junk cars are not so lucky as to feature in a movie or be paraded as an antique. They get sent to the crusher after being stripped of all their useful parts. The final step in their life’s journey is to be broken down into essential metals and other components. These are sold to manufacturing industries and another product is reborn from those basic components. Sometimes, an entirely new car is manufactured from the scrap parts.

Surprisingly, the most recycled consumer product in the world is not plastic bottles as you would imagine, but automobiles. A minimum of 95% vehicles that get manufactured are reclaimed. This beats the recycling of aluminum cans, newspaper and even glass. Junk car industry is the 16th largest industry in the US and accounts for over 100,000 jobs.

The industry alone contributes $25 billion every year to the economy. You get to contribute to these figures by bringing in your car to be recycled at the end of its life. When you sell your car to a scrap car buyer, they will remove all useful parts and send it through the crusher.

Scrapyards pay particular attention to liquids since they can be an environmental hazard. This includes gas, oils, and various fluids. Around 25 million gallons of motor oil, 100 gallons of diesel fuel and gasoline, and 10 million gallons of coolant get recycled in a year according to Automotive Recyclers Association.

The car gets flattened in a matter of seconds and then goes through a shredder. The shredded material is placed on a conveyor belt where large powerful magnets extract steel bits from the debris. Recycled steel is a boon to the manufacturing industry. Not only is it cheaply available, but also lowers the environmental impact. Each ton of recycled steel saves 1,500 pounds of coal and 2,500 pounds of ore.

In addition, steel is one of the strongest and most durable metals used in manufacturing. It can be melted and reshaped any number of times without losing tensile strength. At least a fourth of every new car is manufactured using this recycled steel. Other notable metals are iron, steel, copper bits, and even platinum. Your car has a catalytic converter to reduce harmful emissions. This component contains platinum, rhodium, and other precious metals.

Approximately, 15 million tons of steel is acquired from recycled cars. What’s left is put through a high-tech flotation process. This allows the separation of aluminum from the scrapped debris, which is again a valuable metal. The remaining waste gets shipped to one of the cheap labor countries, such as India and China where it is hand sorted.

All rubber bits get to be used to create new pedals and floor mats while the carpet bits will get used in air-cleaner assemblies. This is a lot of scrap material when you consider that at least 12 – 15 million cars in the United States reach the end of their useful lives every year. There is no wonder that car recycling has attained the stature of a multi-billion enterprise.

Where to Sell Used Cars?

Now that you know what happens to your vehicle when it joins the pool of dead cars, you should consider selling your car rather than letting it rot in your yard. There are several ways for you to sell a used car. But, the easiest is to get in touch with online junk car buyers. Cash Cars Buyer is known for offering the maximum value for old cars, junk cars, and used cars.

You can always try your hand at trading the car at a dealership or selling it privately through sites like Craigslist and AutoTrader. However, you may walk away with far less cash than what your vehicle is worth. Also, these options are not always convenient or fast. Cash Cars Buyer knows the junk cars process inside out. This allows us to offer the maximum value for used cars.

We have an online process where you can know what your car is worth in just 60 seconds. If you like the quote, we can be at your doorstep or any other place of your choosing within 24 hours at a time convenient to you. You don’t have to worry if your car doesn’t run. Pickup and towing is all on the house. We bring the paperwork, so there is literally nothing for you to do except sell your car for cash. Our offers are no-obligation. You can always walk away if you don’t like what we are offering.