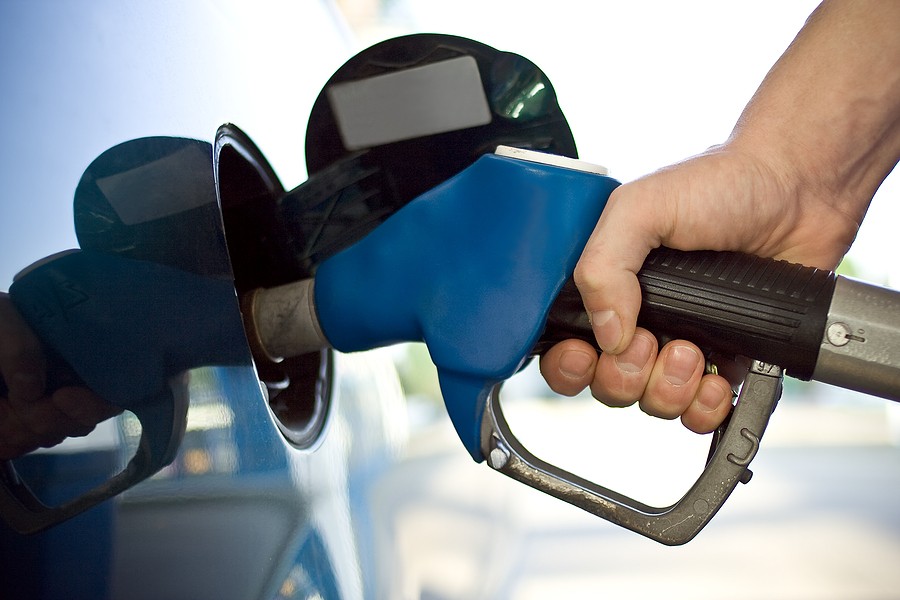 This article provides you with detailed information about what happens if you put diesel in a non-diesel car? The short answer is that the consequences depend on whether you started the vehicle or not. If you started the car, you forced it to suck all the diesel and spread it to the entire fuel system, damaging it. On the other hand, if you didn't start the car, the diesel will be limited at the tank scale, which means that the problem can be resolved by simply draining the fuel tank.

Since most gas stations put the gasoline nozzle next to the diesel nozzle, it is not very rare for people to mix up between the two and accidentally put diesel in a non-diesel vehicle and vice versa.

This common mistake happens mostly to newer drivers who don't have experience with the terrible consequences that might result. It's crucial for you as a driver, even if you've been driving for a long time to keep close attention, so you don't make this mistake.

The nice thing about gas stations is that diesel pumps usually have a label indicating that you shouldn't use them for your nondiesel vehicle. Some stations might even take it to the next level in and separate the whole pump from the gasoline pumps bought; that's not always the case.

Unfortunately, when diesel makes its way to a non-diesel engine, it can result in catastrophic consequences which affect its overall operation and safety.

This article walks you through all you need to know when it comes to what happens if you put diesel in a non-diesel car?

The article also provides you with some guidance on what needs to be done if you poured the wrong fuel type into your engine to save it as much as you can. Finally, we conclude with some rough estimates about how much it will cost you to train a gasoline engine from diesel.

What's the main difference between diesel and gasoline?

Before we dive into the details about what will happen if you put diesel in a diesel car, let's make sure that we're on the same page regarding the different characteristics between the two fuel types.

First of all, gasoline is usually associated with smaller vehicles that don't require very high torque and need too much pulling power. On the other hand, diesel is associated with larger and heavy-duty vehicles like boats, semi buses, etc.

The two fuels have different characteristics, and their engines are designed in a certain way, allowing them to combust one fuel but not the other. This means that if you mistakenly added one fuel to the wrong engine, the engine would not operate, and in some scenarios, it might get damaged.

One of the biggest differences between diesel and gasoline has to do with the physical characteristics of each one. For instance, gasoline is more combustible than diesel, and it doesn't take more than a small spark plug to get ignited. On the other hand, gasoline requires some pressure to make it heated up first before getting combusted.

Also, gasoline contains a certain chemical called 10% ethanol which is a very flammable component allowing gasoline to get combusted quickly.

What happens if you put diesel in a non-diesel car and vice versa?

Since both diesel and gasoline have different physical characteristics, adding the wrong fuel to the wrong engine results in catastrophic consequences.

Since gasoline is not as thick as diesel, by pouring diesel into a gasoline engine, you're introducing a very thick fluid that the system is not ready for. One of the quickest outcomes of this action would be a fuel pump struggling to push the fuel to the entire system. Also, the fuel filter can get clogged, and not all the gasoline will make its way to the engine. Even if the gasoline makes its way to the engine, it can simply clog the fuel lines and make them inoperable.

What do you do if you put diesel in a gasoline engine?

That's a great question, and as we indicated before, it is not a very rare situation. Whether it's you or one of your family members who added diesel two or gasoline engine, you need to follow certain steps, but most importantly, don't panic.

As we already mentioned, adding diesel to your gasoline engine is not as bad as pouring gasoline in a diesel engine, which means you're not in a terrible situation yet.

Assuming that you added about 50% of diesel to your vehicle’s gasoline tank, you'll notice that your vehicle won't run, and it must be told to the nearest repair shop.

Our expert team collected some steps you need to follow to save your gasoline engine as much as you can:

Since the problem already happens, you need to minimize the consequences as much as you can; therefore, automotive experts recommend not attempting to start the vehicle.

When you don't start the car, the internal components will not pump any gasoline to the engine block, and therefore, a problem might be only at the fuel tank level. However, by starting the car, you're forcing it to suck all the gasoline and send it to the fuel system components that can easily be damaged.

What are you have a specific mechanic, or you search it up online, get in touch with a garage and tell them what happened exactly? In most scenarios, they will ask you to drain all the gasoline out of your fuel tank.

Keep in mind that draining any fluid from your car should not be disposed of to the environment because it can contaminate the sediment, waterways, and others.

Once you have made all the arrangements needed, reach out to a car towing company and have them told your vehicle to the garage as soon as possible.

How do you know if you put diesel in a gas engine?

Many inexperienced drivers don't know whether they added diesel or gasoline to their engines.

Therefore, here are some of the things to keep an eye for indicating that you've used diesel instead of gasoline:

Will my insurance company takes care of adding diesel to my gasoline engine?

Unfortunately, most interest companies will not pay you for this mistake because it is considered under the misused category.

Insurance companies argue that if you did not pay close attention to the type of fuel you're adding, it is your responsibility that you must be taken care of.

We recommend that you reach out to the insurance company, explain what happened, and get their feedback. You might have a certain insurance policy that covers some of these mistakes.

How long will a gas car run on diesel?

Some inexperienced drivers might not even pay attention that they've added the wrong field to their car, and they continue driving the vehicle.

Immediately after driving the car, drivers will notice some weird results in outcomes that might end up damaging the entire engine.

Still, it might be worth understanding how long a gas car will run on a diesel? In general, this depends heavily on the amount of gasoline you still have in the fuel lines. Based on our expert opinion, we suggest that it'll take you just a couple of miles before realizing the significance of engine damages after adding diesel to gasoline engines.

How much does it cost to flush diesel out of the car?

According to automotive experts, flushing diesel out of a gasoline car costs between $500 and $1000, which is considered costly.

That's why many people driving older vehicles might end up selling the car instead of wasting their time and effort trying to get the vehicle fixed, assuming that it will.

It is recommended that you perform your evaluation to determine whether it's worth fixing your car or not. It's also important to consider any other repair costs that only focus on flushing diesel from your gasoline engine.

Cash Cars Buyer is more than happy to purchase your car even if it has a seized engine, and we recommend that you get in touch with our team by giving us a call at 669244608.

Our process is fairly simple including:

Putting diesel in a non-diesel car is not rare, and many inexperienced drivers have done it before by mistake.

Unfortunately, whether you're adding diesel to a non-diesel engine or gasoline to a non-gasoline engine, their results and outcomes can be catastrophic.

The only thing you can do if you've made this mistake is not to start the vehicle and reach out to a professional mechanic, and it's the only company explaining the problem. Sometimes, by just doing that, you can save yourself thousands of dollars by limiting the problem to the fuel tank and preventing the wrong fuel from reaching the engine block.

If you got a situation where adding the wrong fuel caused significant damages to your engine, it might be the right time now to sell this car instead of dealing with very high repair costs.

One might wonder who will accept buying my car with a damaged or seized engine? Well, Cash Cars Buyer guarantees to buy your vehicle even if it has a ceased engine and will pay you the top dollars no matter where you're living around the United States!

Not only will you get the top cash, but also you will receive free tooling despite your living address.

As a 24-hour car rental company, we guarantee to remove your seized engine's car same day, on weekends, or evenings if that works for you.

The nice thing about our companies that we provide you with a free instant Quote within 30 seconds of receiving your vehicle's information. Thus, don't worry about the time and effort that might be involved in selling your old car because you're dealing with one of the fastest, easiest, and simplest car mobile services in the nation!