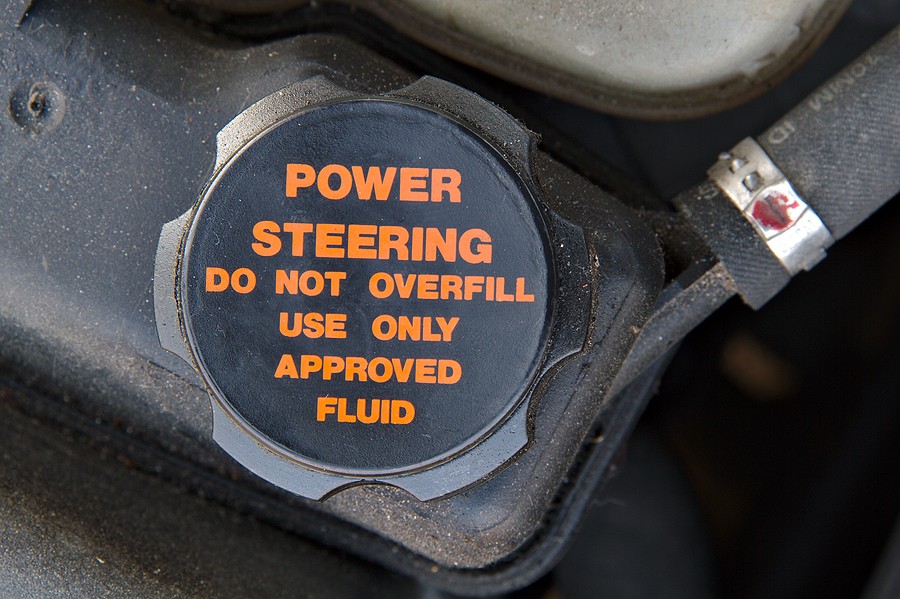 If you're wondering “what happens if you overfill engine oil?” here are some of the expected outcomes:

One of the very common routine maintenance for any vehicle is changing engine oil. Replacing the engine oil is essential task any driver should maintain to prevent the engine from overheating and thus getting damaged.

While changing oil is an important task, adding too much oil to the engine can harm it, and don't be surprised to deal with significant engine failure overfilling engine oil. So, what happens if you overfill engine oil?

Before we dive into the details about what happens if you overfill engine oil, let's step back and understand the primary role of oil in your vehicle.

That's why you need to maintain a certain level of engine oil all the time. This oil needs to be changed frequently to clear out any contamination. As you change the engine oil, you will most likely change the oil filter, which captures any larger contaminants and prevents them from getting to the engine’s parts.

Sometimes, due to some internal problems, your engine might consume too much oil, which means that you must continuously look at the engine oil to make sure it does not drop below a certain threshold.

What happens if you overfill engine oil?

As of now, you understand that your engine must not drop below a certain level to prevent engine overheating. However, you didn't know that engine oil must not be overfilled, and it shouldn't pass the maximum threshold.

Let's take a closer look at what could happen if you overfill engine oil:

Your engine oil must be maintained under a certain pressure level. If this level is disturbed, the oil will not run around the engine the way it should, and therefore, it will not do its proper job. Thus, when overfilling the engine oil, you're adding more pressure and causing the oil to circulate the engine faster than it should.

When there is too much oil pressure, oil can escape from many gaskets and other potential weak locations. When oil leaks to a certain location that it shouldn't go through, many components can get damaged, and many of these gaskets require replacement immediately.

The engine's oil is not circulating the engine all the time. When the engine is turned off, the engine oil sits in a certain oil pan. As you start the engine, a crankshaft rod aerates the oil and allows it to run around the engine. When you overfill the oil pan, the crankshaft moves faster and aerate the oil much more than it should. As a result, you will end up with a foamy substance that is not close to the engine oil.

Think about it, like oversteering the cream and turning it into a more like whipped cream substance. Will these two substances have the same characteristics? Of course not. Thus, overfilling the engine oil changes the engine oil's characteristics and prevents it from doing its job to lubricate the moving components and reduce the engine temperature.

What causes overfilling of engine oil?

Since we are now aware of the danger of overfilling engine oil, it is important to know what causes us to overfill engine oil?

There are two different categories of causes for engine oil overfilling. It could be in the oil change itself or a leak from other fluids to the engine oil pan. Let's take a closer look at the details below:

Even expert mechanics might make some simple mistakes causing your engine to have a lot of oil. For example, if the mechanic forgot to drain out the old engine oil, you'll end up with double the oil in the engine oil pan.

Also, failing to remove the old oil filter adds a lot of pressure to the oil, which could look more like too much oil. Moreover, many inexperienced drivers might not review the vehicles owner’s manual and think that adding too much oil is a good thing to their vehicles. Thus, they might end up adding a quart or more of excessive oil.

As you might already know, your vehicle has many other fluids running around the engine aside from the engine oil. For example, coolant is another important fluid that is responsible for reducing the engine temperature. When there are some leaks or problems in the head gasket, coolant can easily escape the oil pan, causing overfilled engine oil.

Failed fuel lines can also be another culprit causing overfilled engine oil. When the fuel lines are not doing their job, fuel can escape to any other components, including the oil pan.

Finally, the condensation of many fluids around the engine oil pan could also cause an additional volume of fluid inside the oil pan here at us; it is not surprising that the excess fluid in the oil pan is just a result of condensation.

What are the symptoms of overfilled engine oil?

When your engine has a lot of oil, it won't directly tell you. There won't be many other symptoms that you need to keep an eye and ear for to determine its too much oil. Let's take a closer look at some of the common symptoms of overfilled engine oil:

How much does it cost to fix overfilled engine oil?

When you have too much oil in the engine, repair costs can differ significantly. It can easily cost you thousands of dollars to deal with insufficient engine lubrication due to engine failure.

There is no exact answer for how much it will cost you to fix the consequences of overfilled engine oil.

For example, if they overfilled engine oil caused engine failure, expect to pay it somewhere between $3000 and $4000. Of course, this number can jump off significantly depending on your vehicle's make, model, and here.

On the other hand, if the overfilled engine oil damages the head gasket, repair costs can range between $1600 and $2000. Again, head gasket replacement cost differs significantly depending on the vehicles type and the shop where you got the job done.

If you were lucky enough and determined that you overfilled the engine oil immediately after an oil change, repair costs can be much lower. It might usually cost you the same price as draining the old engine oil and installing a new one, which is about $100.

Finally, if excessive engine oil resulted in oil leaks, replacement costs can also differ depending on the severity of the leak. Repairing engine oil leaks range from $150 and $1200.

As you might notice, there is no clear answer for “how much does it cost to fix overfilled engine oil?” Replacement costs and repair costs depend on the root of the problem and the time you waited on this problem as consequences get more extreme.

Is it OK to slightly overfill engine oil?

When the engine oil level is slightly above the maximum threshold, there should be a problem. However, it is also still recommended that you keep an eye on some of the symptoms indicating an overfilled engine oil. Immediately after you notice any of these symptoms, you should act and get the problem resolved before dealing with undesirable outcomes.

What can I do if I overfilled my oil?

If you realize that the engine oil is above the maximum threshold, it is important that you drain the engine oil and refilled it to the proper level as specified in your vehicle's owner’s manual. The sooner you can get the problem resolved, the less severe consequences could happen.

Can I drive my car if I put too much oil in it?

Since too much oil results in a full me substance instead of engine oil, you won't get any engine lubrication. As a result, engine overheating will be the first outcome of putting too much oil in your engine.

Therefore, automotive experts recommend that you do not continue driving this vehicle to prevent dealing with terrible outcomes that could cost you the entire engine.

The sooner you drain the excess engine oil, the better your vehicle and the less money you must pay on repair costs.

How do you remove overfilled oil?

You will need they had no engine oil as specified in your vehicle's owner’s manual. You will also need a bucket to drain all overfilled engine oil, and probably you'll need an oil filter and a new oil drain plug if necessary.

If you realize that your engine oil is overfilled immediately after an oil change, the oil is in good condition, and all you need to do is suck out excess oil and keep it to the proper level. However, if you notice that the engine oil is turning into a foamy substance that cannot lubricate the engine, you might need to drain the entire engine oil.

If the oil is in good condition, you can use a small syringe and suck out the excess engine oil until we reach the proper maximum level.

On the other hand, if the engine oil is not in good condition, you need to drain it completely and replace it with no engine oil.

Place the bucket under the drain plug and allow the agent to drain outside of the old pan until you don't see anything dripping. Keep in mind that you might need to change the drain plug if it's damaged or if you haven't changed it recently.

Once the old engine oil is removed, you can use the specified volume of engine oil and pour it inside the oil reservoir.

Finally, you need to use a dipstick to confirm that your engine oil level did not pass the maximum and is not below the minimum threshold.

Engine oil is one of the most important fluids you need to maintain in your vehicle to prevent engine overheating and engine damage. Dealing with low engine oil is a critical situation; however, having too much oil is another big problem that you need to stay away from as much as possible.

When the engine is overfilled with oil, it will not do its job, and the engine will not be lubricated enough, causing engine overheating that could damage the entire engine part.

If, for any reason, overfilled engine oil caused significant damages to your vehicle, it might not be worth getting it fixed, and instead, you should sell your car to Cash Cars Buyer and use the money towards a better vehicle.