What Does Unleaded Gas Mean? What You Need to Know! 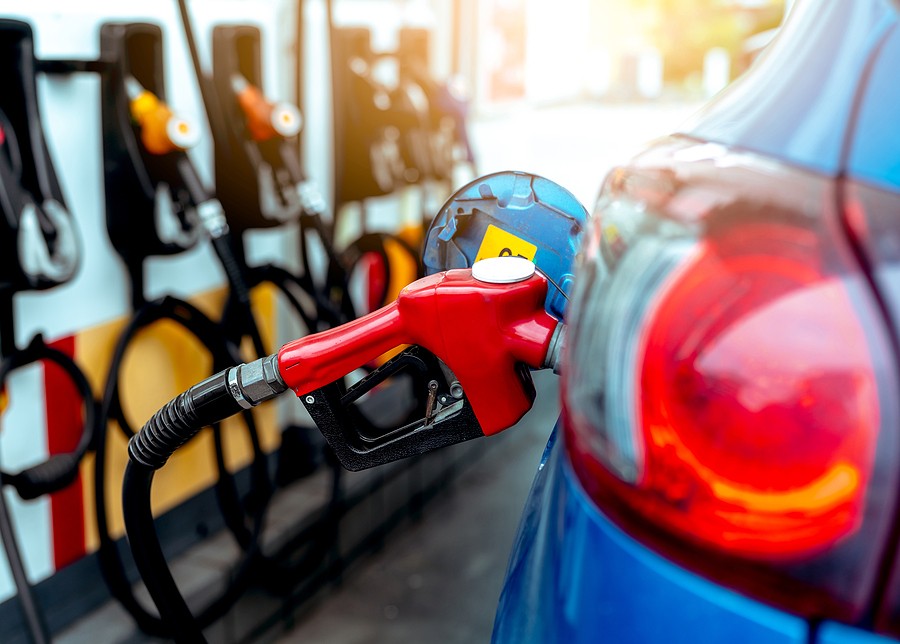 We all know that the gasoline is the engine’s fuel that gives the needed power to make a car move. With the advancements of technologies, the engine has been advancing and upgrading too and so is the fuel. You might notice the different types of fuel available every time you stop at a gas station to refill your gas tank. One type of fuel that is pretty common among drivers is the unleaded gas. Almost all cars on the road use unleaded gas to power their engines. But many might wonder, what does unleaded gas mean? The unleaded gas is basically a gasoline without lead additives. Adding lead additives in gasoline was banned in the US in 1996 since it was discovered that lead exposure can lead to serious health problems like brain damage.

What Does Unleaded Gas Mean? – Why is leaded gas illegal?

Before we address the question, what does unleaded gas mean? Let us know more about gasoline's history first so we can fully understand what it took for us to enjoy the gasolines we have today.

Years after the automobile was invented, gasoline was acknowledged as a valuable fuel and by 1920, the once discarded gasoline powered 9 million vehicles on the road. During this time, gasoline was sold by service stations that were opening throughout the country.

About a century ago, certain automakers were looking for a chemical that would lessen the engine knock of a vehicle. In 1921, General Motors engineers discovered that lead or tetraethyl lead can provide octane to gasoline that can prevent this engine knock  that was an industry-wide problem at the time. Although there were other known octane providers at that time like benzene and ethanol, the lead was chosen because its production cost is relatively lower. By 1923, the first gallon of leaded gas was sold in a filling station in Dayton, Ohio. As cars became bigger and faster, the gasoline octane also increased and lead was also used to improve these cars' performance.

But the discovery of the lead was tainted since in the following years, there were reports that a number of men working at the Standard Oil Company of New Jersey became sick and five of these people have died because of lead exposure. There was some backlash and investigations. During that time, leaded gasoline was the primary type of fuel that was produced, used, and sold in the US for years. After the discovery of the harmful effects of lead exposure, it was no longer added in gasoline. The US Environmental Protection Agency or the EPA started to discontinue the leaded gasoline in 1975.

While it was quoted that the reason for the limiting of leaded gas usage was because of health issues, the leaded gasoline was not really removed  due to the health issues but rather because of the tailpipe emissions. The Clean Air Act of 1970 has outlined more strict emissions regulations and the use of catalytic converters were required. The leaded gas started to phase out since it was proven that it was damaging to these catalytic converters. New cars were made with labels that said “unleaded fuel only”. By 1975, the unleaded gas was available everywhere. The leaded gas became illegal first in the State of California in 1992 in roadgoing vehicles  and the rest of the US in 1996.

So if you ask, what does unleaded gas mean? It could mean that we get to get rid of the leaded gas that can cause many health issues and is considered as one of the worst inventions of all time. Although leaded gas is still being used today but not in the vehicles on the road. It is used in air crafts, marine engines, farm equipment, and race cars.

What Does Unleaded Gas Mean? – Why should we use unleaded gasoline?

What does unleaded gas mean? Why should we use it? Is it safe? These are some of the questions that drivers usually ask. The unleaded gas is a gas that goes through a lot of processes and is treated with additives and other chemicals before making its way into your vehicle.

The special treatment the unleaded gas has to go through enables it to burn properly inside your car’s engine that can create the smallest possible amount of harmful emissions. It is for this reason that unleaded gas is the most common gas used in vehicles around the globe.

The process the unleaded gas has to undergo gives an output that is needed to comply with the US government's requirement that cites that the vehicles on the road should use catalytic converters. All this was made possible thanks to the Clean Air Act in 1970 and the creation of the US EPA. The Clean Air Act also oversaw and regulated the vehicles’ emissions of air pollutants like carbon monoxide, nitrogen oxide, and hydrocarbons. It was at this moment that the automobile world acknowledged the new standards by formulating some possible ways to lessen the emissions. One of which is the creation of catalytic converters that transforms harmful emissions into water, carbon dioxide, and nitrogen gas.

Using unleaded gas in your vehicle not only lessens the harmful emissions, it can also help prolong the life of your car’s catalytic converters.

What Does Unleaded Gas Mean? –  What is the difference between premium and unleaded?

When we make a trip to the gas station,we usually see two types of gas to choose from which are the regular and the premium. Did you know that these types of gas are all unleaded? How do you know what to choose and what’s better for your car?

The answer to the question “what does unleaded gas mean?” has already been answered and it is basically a gas without lead in it. But what are the differences of the regular and the premium gasolines?

This is the most common gas that is almost used in all vehicles today. The regular unleaded gas is a byproduct of crude oil and is highly flammable. It is safe for the environment and less dangerous to the people since it does not have any lead compounds in it. It has an octane rating of 87.

The premium gas has lots of similar characteristics as the regular unleaded gas. One, it is also a byproduct of crude oil and is also highly flammable. Premium gasoline is also known as a high octane gas since it usually has 90 or higher octane rating. The premium gas can help keep the car’s engine cleaner because of its detergent additives. This type of gas can be a bit more expensive than regular unleaded gas because of the added benefits. Plus, it also emits less pollution.

It is better you are well-informed about the differences between these two unleaded gases so you would know what is best for your vehicle. Although both the regular unleaded gas and premium gas are byproducts of crude oil, they are not the same. Both gases differ in a lot of ways.

Most cars have internal combustion engines and these combustion engines operate by compressing a mixture of air and fuel that ignites the spark plug, producing a controlled explosion. The explosion is what powers the engine that enables the car to run.

However, there are instances where the fuel ignites before it should and it creates an unstable explosion which is called pre-ignition or knocking. The knocking can cause problems with the car’s performance and can damage the engine components.

Another thing that differentiates the premium gas from the regular unleaded gas is the price. Premium gas is a bit more expensive than the regular unleaded gas because of the higher octane rating. The prices can vary depending on where you are located but basically the price range between the two gases might differ from 40 to 60 cents per gallon. It might not look much but the amount could add up to hundreds of dollars every year especially if you drive your car for daily commute.

What Does Unleaded Gas Mean? -What happens if you mix premium and regular gas?

Seeking the answer to the question “what does unleaded gas mean?” can help you understand what type of gas is needed for your car. But what happens if you mix premium gas and the regular unleaded gas?

You need to know if your vehicle’s manufacturer is recommending or requiring a certain gasoline type. You can consult the owner’s manual for this. If the manufacturer used the word recommend, then it means that you can either use the regular one or the premium one without compromising your engine. However, if the manufacturer said that a premium gas is required, then it means that you only need to fill your gas tank with a premium gas. If you put in a regular gas, it could cause some problems but the vehicle will run fine in most cases. You might notice less power and a reduced gas mileage.

When you accidentally mixed your gas with both premium and regular blends, it could burn differently in your engine. You might notice that your car runs differently than usual but that’s about it. Most modern cars are more advanced and it can somehow tell the difference between the two blends of gases. If your car has an electronic fuel management system, it can usually notice the switch and will adjust the ignition timing and the fuel injection.