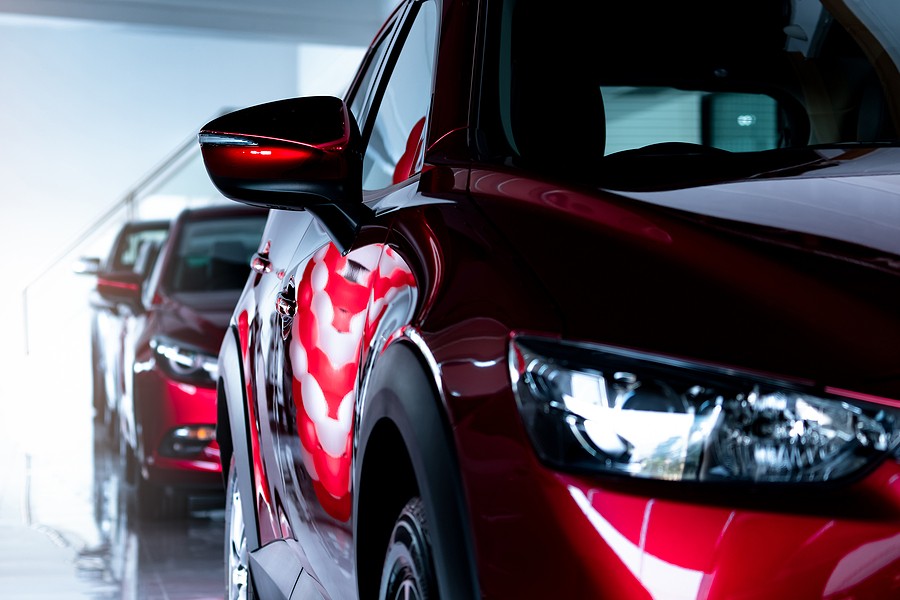 Over the last few years, you’ve likely heard the term “SUV” more times than you could ever count on your fingers. It’s a word that’s used in nearly every automobile commercial, you see it in advertisements as you scroll the web and your friends and family have probably thrown the word around casually. So what exactly does SUV stand for and what’s with all the buzz around this term? Well, SUV is an abbreviation for Sport’s Utility Vehicles.

What Is An SUV? – The Full Breakdown

The term “Sport’s Utility Vehicle” is a type of automobile classification that covers a broad range of vehicles that are equipped, some of which are equipped with four-wheel drive systems designed to handle off-road terrain. Usually, these vehicles have the feel of a truck but are lighter and smaller. When SUVs first emerged on the market they had very distinctive features which included; high ground clearance, roomy passenger cabins, and large tires.

However, in recent years SUVs are available in different varieties. You’ll notice that sometimes the term SUV is applied to larger vehicles like the Chevy Tahoe or Jeeps. It may also be used to refer to vehicles with minimal off-road capabilities such as the Honda CRV. These types of SUVs have increased in popularity leading to a whole new segment of the Sport’s Utility Vehicle classification: Crossovers.

Crossovers VS. SUVs – What’s The Difference?

CUV’s also commonly referred to as Crossovers are often used interchangeably with the term SUV. It’s important to note that a Crossover is a subclassification of SUVs. Crossovers were designed and manufactured during a time of economic uncertainty when fuel prices were steadily increasing. With the significant increase in gas, consumers were concerned with fuel efficiency. This led to automakers creating a vehicle that combined the usefulness of a truck with the fuel economy of a smaller car.

While an SUV is constructed on a body-on-frame, most crossovers utilize a unibody frame, a method that produces lighter vehicles with increased passenger and cargo space. Some examples of a crossover vehicle are the Nissan Murano while the Honda Pilot can be considered an SUV.

If you enjoy the feel of a larger vehicle and you require towing or off-road capabilities then an SUV might be the ideal choice for you. On the other hand, if fuel economy and extra cabin space are your priorities then a crossover is a good option. There are a myriad of options available to consumers in both the crossover and SUV segments.

Perhaps one of the biggest misconceptions regarding Sport Utility Vehicles is that they are a relatively new concept. Before soccer moms were toting their children in SUVs these vehicles served a bigger purpose.

The first SUVs date back to the 1930s. In 1935 Chevrolet made the Carryall Suburban which was mainly used by farmers. This SUV was shaped like a station wagon but was mounted on the frame of a pickup truck.

Sport utility vehicles became especially popular during World War II. They were originally used by the military. The military required vehicles that were capable of navigating rough off-road terrain, transporting lots of people and equipment. During the war, manufacturing plants were shut down to focus on the production of guns, aircraft parts, and war vehicles. The war led to the production of the Willys Jeep which was one of the first SUVs created.

Land Rover took the concept of Jeep and refined it. This refined utility vehicle was replicated and utilized by the British army. The introduction of the Jeep Cherokee in 1984 and the Ford Explorer in 1990 kicked off the modern day SUV craze. Some experts believed that America became so fixated on Sport Utility Vehicles and offroad vehicles after Ford made a killing with the Explorer.

SUVs aren’t one size fits all. One of the reasons why sport utility vehicles have become so popular is that they offer great versatility. Automakers manufacture SUVs in three main sizes; small, midsize, and full-size.

Small sport utility vehicles dominate the roads in Japan since the country imposes hefty taxes on large vehicles. Small SUVs are also referred to as compact SUVs. Automakers like Nissan, Suzuki, and Jeep cater to the small or compact SUV market. Small sport utility vehicles are easy to maneuver and park due to their compact body style. The four-cylinder turbo engine on crossover vehicles lends to their fuel efficiency.

The Chevy Tahoe, Cadillac Escalade, and the GMC Yukon are examples of full-size SUVs. Their massive size and extended bodies offer double the amount of cargo and cabin space of a sedan.

Mercedes Benz and Audi are two well-known automotive brands that manufacture luxury sport utility vehicles. Automakers that specialize in making luxury sport utility vehicles focus on comfort and style. Luxury SUVS are designed with upscale interiors which usually consist of premium leather, state of the art infotainment systems, and high-powered horsepower engines. Luxury SUVs come with a high price tag but for consumers who desire advanced functionality and utility but don't want to sacrifice style and comfort, a luxury SUV is an ideal choice.

If you want to know just how popular SUVs are, all you have to do is take a look at the sales data. Sport utility vehicles' annual sales figures in the United States have been steadily increasing since 2010. According to the New York Times, SUVs made up 47.4% of U.S auto sales last year. Experts believe that by 2025 SUVs and crossovers will make up approximately 78% of automobile sales.

In January 2020 over a million automobiles were sold. Sports utility vehicles and light rocks account for more than 800,000 of those sales. Even amid a pandemic, some automakers were able to survive the economic fallout because of their SUV and crossover lineup. Most automakers are primarily focusing on the SUV market because they are a big hit amongst consumers.

What Are The Best Selling SUVs?

The Toyota RAV4 was the highest selling SUV in 2020 for the fourth year in a row. Nearly a half-million RAV4’s were sold last year. The arrival of the 2021 Chevy Tahoe last fall increased SUV sales by 36% in the fourth quarter. Yet the top-selling compact SUV or crossover is the Nissan Rogue.

The Honda CRV was the second highest selling SUV in 2020 with over 333,000 units sold in the United States alone. . This comes as no surprise as Honda is known for producing quality and reliable vehicles. The Chevy Equinox, Ford Explorer, Ford Escape, and the Subaru Forester are amongst the top-selling sport utility vehicles.

Why Are SUVS More Popular Than Sedans?

It’s no secret. Sport utility vehicles are slowly but surely replacing sedans on the road. Over the last decade, there haven’t been any new entries in the sedan segment. Legendary contenders like the Nissan Altima, Honda Accord, Toyota Camry, and the Hyundai Sonata are “America’s sweetheart” but there’s nothing really special about these vehicles. Sport utility vehicles are continually evolving and burgeoning with new entries like the Kia Telluride.

Drivers Feel Much Safer In SUVS Than Sedans

Sport utility vehicles are heavier and are often two times taller than the average sedan. Occupants tend to feel safer in bigger vehicles. The increased height of an SUV offers drivers a better view of the road, helps eliminate blind spots, and makes it easier to maneuver through traffic. Most of the top-selling SUVs are equipped with an abundance of safety and driver-assist features. For example, the 2020 Ford Edge has inflatable rear seatbelts which provide an added layer of protection in accidents. Features like lane change assist help to prevent accidents while switching lanes and blind spot indicators serve as a second pair of eyes on the road all of which make consumers feel safer.

Perhaps the main reason why sport utility vehicles are more popular than sedans is that since these cars are bigger you’ll get much more space. Whether you’re a soccer mom or a single gal who likes to travel most people like the idea of extra space. Even midsize or crossover SUVs are designed with extra cargo volume and more legroom.

If you’re planning on adding on to your family, SUVs like the Chevy Traverse have foldable third-row seating. Extra cargo and cabin space makes riding around town so much more comfortable. Consumers are always attracted to vehicles they need even if they don’t really see the need.

Let’s be honest. It all boils down to getting the most for your money. Why spend $28,000 on a brand new sedan when you can purchase a new SUV for $30,000? You’ll get more legroom, cargo space, all-wheel drive, and towing capabilities. Although SUVs are slightly pricier they offer more functionality.

Purchasing a new car is an investment and when you’re spending several thousands of dollars the allure of getting more for your money will always win. Automakers like Ford, are in the process of phasing out their sedan lineup and focusing on SUV production because they provide more value to customers.

The Advantages and Disadvantages Of Owning A SUV

Sport utility vehicles are appealing because they are designed with the storage and hauling capabilities of a pickup truck yet driving them is as comfortable as cruising in a station wagon. Yes, these vehicles offer the best of both worlds. Even compact SUVs have large interior spaces which come in handy when you’re transporting cargo and people. Midsize and full-size SUVs are equipped with third-row seating which gives owners flexibility.

SUVs are built with powerful engines. Sport utility vehicles were manufactured to handle rugged terrain and challenging road conditions. The Toyota 4Runner and Jeep Wrangler are two of the best SUVs that provide the best handling, especially in challenging conditions.

One of the biggest disadvantages of SUVs is that they don’t have the best fuel economy especially when you compare them to sedans. However, modern SUVs utilize stop/start technology and cruise control which increases fuel efficiency. Since sport utility vehicles are bigger they come with a bigger price tag and are more expensive to maintain which the downside of owning one.

Q: Are SUVs good for driving in the snow?

Most sport utility vehicles have at least 8.8 inches of ground clearance and are equipped with all-wheel drive or 4WD technology. SUVs perform way better in snow and offroad conditions than sedans.

Q: What is the cheapest and most reliable SUV?

The GMC Terrain and the Honda CRV are the top reliable and cheapest SUVs. These sport utility vehicles can be purchased brand new for approximately $26,300.

Q: Is a crossover better than an SUV?

Crossovers are far better on the road. They are equipped with some of the same appealing features of a midsize SUV and they have a great fuel economy. However, the large rugged frame on SUVs is designed for rough terrain and off-road conditions.

Q: Should you buy an SUV?

Today’s sports utility vehicles are designed to accommodate the needs of all types of consumers. If you need a family-friendly vehicle an SUV is an ideal choice since it offers extra cargo and interior space. If you’re looking for a vehicle that supports you in your extracurricular activities, SUVs with towing and off-road capabilities make for the perfect vehicle. Ultimately, the decision is yours but when it comes to the SUV segment there is something for everyone.

Q: Are SUVs good on gas?

These days SUVs are designed to be more fuel-efficient than ever. However, since they are heavier and bigger they consume more gas than sedans. The most fuel-efficient SUVS are hybrids but hybrid SUVs are fairly new to the market.