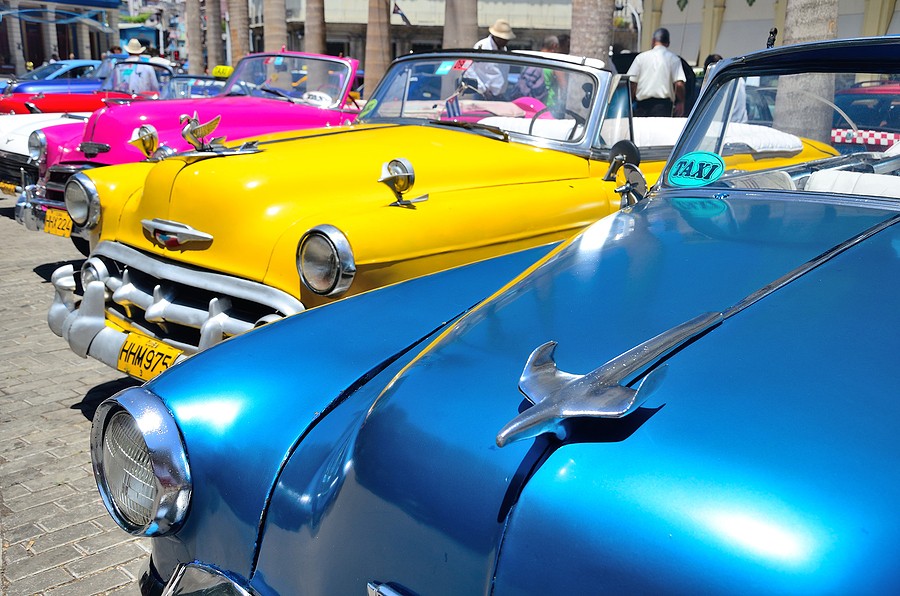 So what exactly does OBS mean? The term OBS stands for “Old Body Style” which refers to the sturdy looks of the trucks manufactured before the 1990s before being remodeled in the early 2000s. Many classic truck lovers still take great interest in the OBS style due to its classic look and sturdy feel that makes it look unique. Even with newer models coming onto the market, so if you are looking for a complete guide on what an OBS truck is, this article has got you covered.

What Are The Criteria For OBS Trucks?

Apart from their retro looks, another criterion for OBS trucks is they are manufactured in America. They are also referred to as the trucks designed between 1988 and the late 1900s by some enthusiasts. With so many different definitions and criteria, the term OBS can vary for different individuals and is a little blurred. It is mostly used by old-school truck lovers who enjoy its retro feel.

Why Are OBS Trucks So Popular?

Even with new vehicle designs being introduced every day, the love for OBS trucks has not declined. Two decades after the old-style trucks stopped being manufactured, the rise of popularity of these American-made trucks is still steadily increasing.

So why are these trucks still so popular? After the new models started coming out, people quickly realized these designs were built for cost-savings and missed out on the attractive look and unique feel of the older trucks. Thus these truck enthusiasts realized that the OBS trucks with their classic look can still turn heads and be a great vehicle to date with a few modifications.

The design of the OBS truck itself popular but many people add their own touch of modifications to enhance the features of this classic beauty. Most enthusiasts keep the original engine and other major components of the truck while modifying the external parts.

Repainting the truck is one of the most common modifications practiced as the original paint of the trucks might not last that long.

Adding a new color instantly brightens up the entire look of the truck.

Some common paint modifications are:

These painting modifications can change the entire look of the car and give a new feel to it and are loved by the buyers.

Upgrading the original headlights and taillights with the newer ones, like LED lights, provides better visibility to the customers and can make the overall appearance of the truck better.

Many customers prefer to update the features of the truck while keeping its interior intact for better performance with the OBS look.

Window tints are preferred by a lot of customers to change the look of the truck into a more eye-catching one and can instantly change the feel of the car.

Matching with the truck color or contrasting with it can be the two choices for your car and will both give an enhanced charm to the car.

Many owners prefer to swap their old exhausts with chrome-plated exhaust tips. This increases the power of the vehicle and adds a sturdy feel to it.

Another group of owners prefers upgrading their tires to oversized ones which raise the suspension system of the vehicle and give an eye-catching look to the truck.

Though many OBS lovers prefer keeping the classic interiors, a few of them decide to customize their seats and upholstery for a modified interior look.

This comes down to personal preferences and the modifications can be done according to your taste and budget.

What Are The Most Commonly Used OBS Trucks?

As we mentioned earlier, most OBS trucks were made in America, with top-most manufacturers including Ford, Chevrolet, and GMC.

Let’s look at all of these models in detail.

According to the 1988-year threshold criterion, we can consider the 7th, 8th, and 9th generations of the Ford F series as OBS trucks.

While some may consider their trucks as OOBS, which means old, old body style since the 7th generation models were manufactured during 1980-1986, it stills fits in the old body style truck category. Some of the seventh-generation OBS are F-150, F-250, and F-350 regular cab, super cab, and crew cab.

The most desirable options of the seventh-generation models are powered by V8 engines, while others are available with V6 and Inline-6 engines.

The eighth-generation of Ford OBS trucks were built using the same cab and chassis of the earlier generation models but were launched with huge exterior upgrades while the interior was completely updated.

The ninth and final generation F-series of Ford OBS trucks were still based on the similar architecture of the seventh generation. It received minor updates to the exterior and interior look and improved maintenance.

The F-150 is the only model of this generation and has a sub-model with the FlareSide bed in order to target younger customers.

Also, check out the Ford F-series modifications you need to try.

The 4th generation for both GMC and Chevrolet was called C/K. GMC manufactured the GMT 400 which became one of the most prominent OBS trucks of this company.

Chevrolet first used the C/K naming as GMC did not include the same in their names. The initial trucks with a chassis cab manufactured by GMC were called the Sierra brand. Soon after the initial productions, the GMT400 platform expanded into full-size SUVs.

Some of the best known OBS trucks from these two manufacturers include the following:

The customers were not satisfied after GMC introduced the GMT 800 platform, and they still felt that the upgrade brought by the new generation did not match their desires thus reclining them towards the older GMT 400.

Though Chevy manufactured tons of trucks after the OBS period, the OBS trucks still give the feels of a classic truck with their rugged look and are extremely comfortable and reliable. Not only its incredible looks, but it is also very easy and cost-effective to find the parts you need for these trucks. These factors along with one’s specific preferences make these trucks very popular among buyers and are even more admired than its recent models.

How Much Should You Expect To Pay For An OBS Truck?

The cost of the trucks varies significantly depending on which model and brand you are planning to buy. For example, the Ford trucks including the F-150, F-250, in decent condition can cost you around $10,000. On the other hand, if you choose to buy the legendary one from the list, the price can reach up to $20,000.

Few other factors that play a huge role in deciding the cost of the OBS trucks are the truck automaker, the size of the truck, its power, and the features added to it. For example, a truck from Ford can be found for the same price that you find when you buy an OBS truck from GMC or Chevrolet. Even after two decades, the value of the OBS trucks has not reduced and they cannot be found cheap.

For more accurate figures for the cost of an OBS truck, you can always refer to some professional motor platforms like Craigslist and eBay motor.

Should I Purchase An OBS Truck?

Buying an OBS truck comes down to one’s personal preferences and objectives.

For example, if you are an enthusiast for a classic retro truck that stands out while you are driving, you can buy old body style trucks. Stepping it up with some modifications and you are all set to turn heads on the road.

But you should also consider the point that these trucks do not come with modern features and might lack a lot of things that you might look for, especially if you have to drive your family daily or many people at once.

Therefore, the best way to decide whether or not you should purchase an OBS truck is by analyzing your objective and then make a final decision about putting around at least $10,000, if not more, to buy an old body style truck of your choice.

OBS truck refers to the old body style trucks designed from 1988 to the late 1990s. These trucks had an attractive design that was missing in the newer upgrades because of their cost-saving designs. This made people desire the sturdy, classic-looking older model of the car that can easily stand out.

For OBS enthusiasts, there are plenty of options available either to own the classic truck as it is or modifies it with endless options available to make the features up-to-date while still enjoying its old look.

But it is always recommended that you calculate all your objectives and preferences to determine whether or not you should purchase an OBS truck. Even though many newer models have come into the market, these trucks are still holding on to their price and can cost you approximately between $10,000 and $20,000.

Prices for these trucks can also sharply increase depending on the brand and features chosen. Therefore, you must be clear about all the points and their limitations before deciding to purchase this vehicle or go for a newer model.

OBS stands for Old Body Style referring to the truck's manufacturing from 1988 to the late 1990s before being replaced by newer models in the early 2000s.

These American-made trucks are still loved by buyers and have huge popularity among their enthusiasts.

The term is loosely bound to trucks with rugged, retro looks and can sometimes be subjective.

Some of the most prominent brands manufacturing OBS trucks are Ford, Chevrolet, and GMC.

There are various generations of models launched by these manufacturers over a period that has been extremely popular and are still loved.

Some of the models from these brands include the Ford F-series, the GMT400, Chevrolet C/K.

OBS Chevy trucks refer to the C/K models of Chevy manufactured by General Motors between the years 1988 and 1998.

These trucks were manufactured by the GMC and Chevrolet companies, and the C/K model included a truck and two SUV models. The “C” refers to two-wheel drive while The “K” refers to four-wheel drive.

Here's a complete guide to all the parts of an OBS truck. These include suspension upgrades, interior updates like seats, exterior updates such as door panels, wirings, and different types of kits.

The shared fourth-generation truck, known as GMT400, was the base for some of the most famous OBS trucks available today. Another prominent OBS truck brand was Ford with its F-series.

Some of the most prominent models are:

You can check out sites like Cargurus, Carsforsale and easily contact sellers online to get the best price for the OBS truck of your choice.