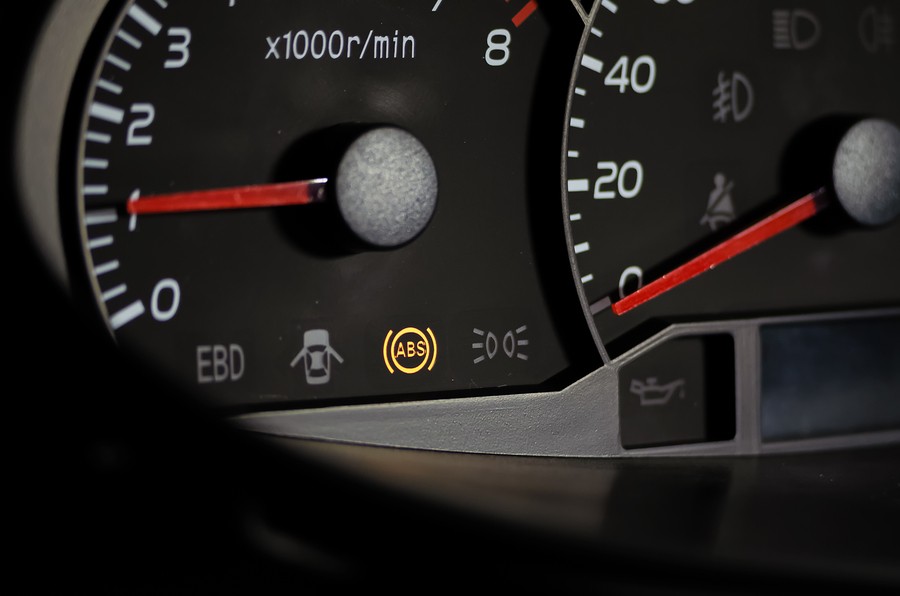 What does ABS mean on a car? You might have asked this question or probably know that your car is fitted with one but you are not sure what it’s for. The ABS or the anti-lock braking system is considered to be one the most important inventions in new car safety. The ABS can help prevent your car wheels from locking up while you are braking as well as improve the steering and traction control. So if you are asking, what does ABS mean on a car? It means that your car is equipped with an advanced safety system that can help you stop sooner when you panic brake, or allows you to steer effectively even when you hard brake. In fact, studies say that nonfatal crashes are reduced, proving that the ABS on a car is effective in keeping you safe.

What Does ABS Mean on a Car? – How Does ABS Work in a Car?

The ABS or the anti-lock braking system is designed to help keep the car wheels from locking up and to improve your steering control when braking. This is considered one of the most important developments of new car safety and is now made standard on most of the modern cars. So if you ask, what does ABS mean on a car, it can mean that your car has become much safer every time you step on your gas pedal. It also improves your steering and traction while you are braking.

To understand better how ABS work in a car, you need to understand how your tire loses traction when you skid. If you have tried sliding as fast as you could on your hallway floor with your socks on, you might notice that your momentum will keep you sliding straight or skid when you suddenly try to change direction and dash around the corner. Now, this is somehow similar to how a tire loses its traction in a skid. It will take a while before it can fully stop and you will no longer be able to steer properly when it happens.

The ABS can keep this from happening. It stops the car from skidding and helps prevent the tires from losing traction or from sliding on the road every time you step on the brakes. When it does, it will allow you to have control over your car. It can provide you the ability to steer properly and out of the way of a possible collision and avoid serious injury or car damage.

The ABS or the anti-lock braking system consists of four major components which are the speed sensors, the valves, the pump, and the controller. The speed sensors are responsible for monitoring how fast a wheel is rotating while the valves that are in the brake line enable, block, and release brake pressure by taking in three different positions.

The pump on the other hand is filled with hydraulic fluid and it applies pressure to the calipers or brake drums when required. And lastly, the controller, known as the ABS control module, is considered the brain which receives data from the sensors and uses it to determine whether the brakes need to be pumped or not.

If you are asking, what does ABS mean on a car? It can mean that your car is fitted with an additional safety feature. So, how does it really work? When the sensors have detected that one of the car’s wheels is rotating at a different rate compared to the others, like a wheel is rotating more slowly during brake, then it will know that the wheel is about to lock or is locking. The sensors will then send this data to the controller and it will then signal the pump, reducing the brake pressure by activating a series of valves until the slow wheel’s rotation will be the same as the other wheels.

The good thing with the ABS or the anti-lock braking system is that when the wheel starts to lock again, the process will just be repeated, in a similar way as stepping on the brake pedal, and it can be repeated many times per second. Not like when you drive a car with no ABS and you do cadence braking which you can only do once or twice per second. You will know if the ABS in your car is working when you feel your brake pedal shake under your foot when you brake heavily.

The anti-lock braking system does not only help you have control over your car and prevent your wheels from locking, it also helps extend the life of your tires, wheels, brake calipers, brake pads, and any other car components that can be affected by braking.

What Does ABS Mean on a Car? – Is the ABS Warning Light Serious?

You now have an idea what an anti-lock braking system is and the answer to the question, what does ABS mean on a car. Since the ABS is considered as one of the important safety features of a car, you should always make sure that it is always in its top condition. It is for this reason why there is an ABS warning light on your car’s dashboard. If the ABS light is on, it means that there is a problem with your ABS that has been detected. So, what can cause the ABS light to illuminate? Is the ABS warning light serious?

The common reasons why your ABS light come on include:

The brake system of a car is hydraulic and it utilizes the power produced by the cylinder applying pressure against the fluid to close the brake pads and stop the car. Since the fluid is very important in the overall function of the braking system, there should be an appropriate amount of brake fluid in your fluid reservoir all the time.

If the brake fluid level of your car drops due to a slow leak or maybe the fluid has already evaporated off, the sensors will be able to detect this and alert you by setting off the ABS light. This will need immediate attention since your brakes won’t be able to function properly and efficiently.

The ABS module can become faulty over time and it is one of the most common causes of an illuminating ABS light. The ABS can develop corrosion and when this happens, it won’t be able to receive data from the wheel speed sensors and process it and if the problem has been detected, the ABS light will be set off to alert the driver. If the corrosion is too severe, you may have to replace the entire ABS module to correct the problem.

The ABS wheel speed sensors are the ones responsible for monitoring the speed of the wheels, feeling how fast each wheel is rotating independently. Most cars are installed with one ABS speed sensor on each wheel. If these sensors become faulty, they tend to read wrong values and send incorrect data to the ABS module.

The ABS pump is one of the major components of the anti-lock braking system. The pump is responsible for increasing the amount of brake fluid pressure when the sensors detect that one wheel is rotating at a different speed than the others. This enables the wheels to maintain their traction as they run on the road surface.

Since the hydraulic pump deals with a lot of pressure, it can wear down or become damaged over time. When this happens, it will trigger your ABS light to come on and you may have to replace your hydraulic pump to fix the problem.

The anti-lock brake system of your car can be turned off if you want to. When you turn it off, it will set off the ABS light on your car’s dashboard to let you know that this safety feature on your car is turned off.

What Does ABS Mean on a Car? – Is it Safe to Drive a Car with ABS Light On?

For people who are asking, what does ABS mean on a car, it means that your car is equipped with a safety feature that can restore the traction on your car when braking and help prevent your tires from locking up. It means that the drivers of these cars can step on the brakes safely and let them steer to safety in emergency situations.

Many people might ask, is it safe to drive a car with ABS light on? Before we answer this question, you need to understand a few things.

When this happens, your car’s stopping distance will increase significantly and it can keep you from steering properly. You have to wait until your tires regain the lost traction to be able to steer properly again. So to make sure that your safety will not be compromised, do not attempt to drive a car with an illuminating ABS light. The only driving you should do is to drive it carefully and slowly to your nearest auto repair shop and have it checked.

You need to be careful when driving a car with an ABS light on and brake slowly only when needed. Do not attempt to step on the brake pedal aggressively or quickly. However, like mentioned above, when both of your ABS light and brake system light are on, do not drive your car. When both lights are on, it means that the problem is too severe and it might restrict some of your car’s braking ability and driving it might cause an accident. When this happens, call for help or a towing service and have your car towed instead.

What does ABS mean on a car? It means that you will be able to steer as you are stepping on your brake pedal hard. Your car will be able to stop sooner during panic braking in many driving conditions. If ever the stopping distances are increased in some driving conditions, you will still be able to have control over your car. ABS on your car also means that you have additional protection since it is fitted with an advanced safety system.  Plus, it is said that a car equipped with an ABS will have a higher resale value.