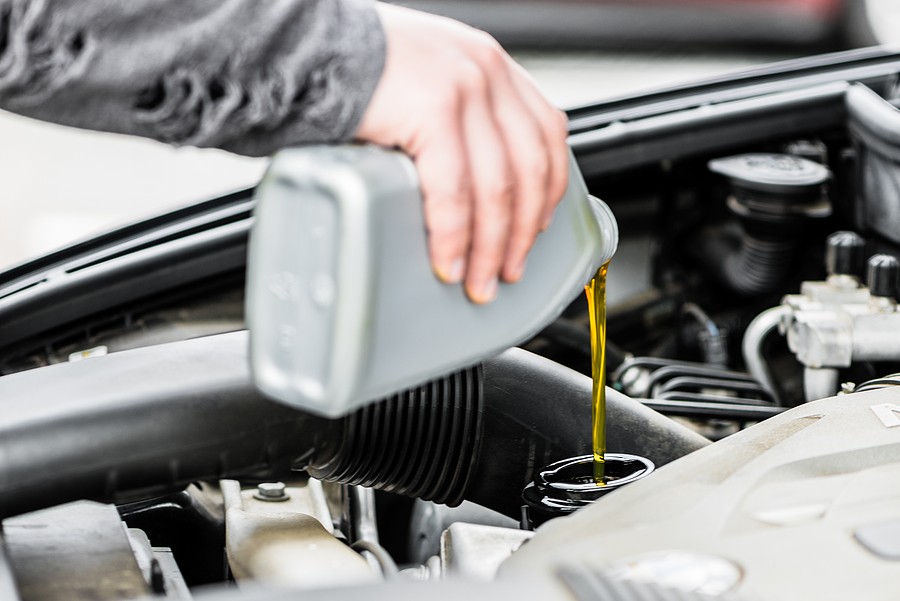 Putting too much oil in the car is never a good idea. When it comes to motor oil, the levels need to be just right. The cost could be as low as $20-$70 if you know how to do an oil change or take it to a low-cost mechanic. Driving around town with too much oil, though, could send those bills skyrocketing.

As the saying goes, there can be too much of a good thing; that’s the case if you put too much oil in your car.

When driving around the city, trekking through the countryside, or navigating your daily commute around the suburbs, your car’s health is a critical factor. It’s also one that often gets overlooked.

Many drivers are guilty of pushing their gas tanks to the limit, rolling into the nearest refill station on nothing but fumes. Others forget to change the oil regularly, causing a slew of problems. Cars, like people and pets, require a certain amount of attention to stay happy and healthy.

That being said, there is a balance in everything. You can’t run the car without enough engine oil; you can’t put too much either.

Giving the car an excessive amount of oil isn’t the end of the world if you respond to it in the appropriate way.

There are some quick fixes to help with this issue which will be better informed by a study of how the engine oil works, what signs indicate the engine has too much oil, and what repair options exist.

How Much is Too Much when Putting Oil in a Car?

First and foremost, if you’re wondering if you put too much oil in your car, we’re guessing your not a mechanic. This information is for the average Joe with a limited knowledge of automobiles, engines, and motors.

The experts know this information like the back of their hands, but not everybody’s a pro!

For example, some drivers do not know that oil changes aren’t that hard to do yourself, especially on older cars. The parts are fairly accessible in auto part stores. In fact, generations ago, oil changes were usually done at home in the garage. It wasn’t uncommon to see people change oil in the alley!

Today, however, people are different. They want fast cars, fast service, and clean hands. They drop the car off for a quick oil change on their lunch break and think nothing of it. For them, it’s like getting a haircut or a manicure. The oil is changed. The car is fresh. Let’s hit the road!

Those who are still into DIY or know their way around under the hood know that the car’s user manual usually has all the information the car owner needs regarding an oil change. The type of oil filter, the type of oil, and the frequency of the maintenance are outlined in plain language.

If you can’t find a copy of your owner’s manual, try looking it up online or hitting up the local junkyard.

Most engines use five to eight quarts of oil. The required amount of motor oil depends on the size of the engine. Your average four-cylinder vehicle is going to use less than a big eight-cylinder one. Again, check the user’s manual to know how much is too much when putting engine oil in your vehicle.

What is Engine Oil Made Of?

Once you get on to the topic of putting too much oil in the car, inquiring minds might wonder what oil is made of in the first place.

The answer is simple: base oil and additives. This keeps the parts moving nice and clean, cutting friction and keeping the engine from overheating in the process.

Luckily, synthetic motor oil is even better than what our forefathers used in their cars a few decades ago. It doesn’t freeze up in the cold weather and reduces acid in the mix.

In places like Chicago, by the way, the engine oil’s viscosity is important. Viscosity refers to how runny the oil is. On frigid mornings, a thinner oil gets the car up and running in no time flat. In the summer, though, a thicker oil helps maintain pressure within the system. Talk to your mechanic to learn more.

What does Engine Oil Do?

Putting too much engine oil in the car is never a good move, but the right amount helps the car perform its best.

All the moving pieces need lubrication, provided by the oil. This helps cut back on engine wear over time. Getting debris and dirt out of the engine is important, and the oil helps make that happen, too.

By the way, a well-oiled machine helps cut back on emissions (which is good for our planet).

What people don’t understand about putting too much oil in a car is that the oil doesn’t just go away in the process of being used like gasoline does. It says there, more or less, so long as it isn’t burning or there is no leak. For this reason, it’s important to use the correct amount of oil.

Following the user’s manual is a great way to ensure that the oil level isn’t too much. Additionally, before driving, the oil can be checked using the engine’s dipstick. Check the manual again to find out how to take the reading.

In general, the driver must park the car on a flat surface to get a correct reading. The hood is opened and the dipstick located. From there, the dipstick is removed, cleaned, and reinserted. Take it out again, and read the level. If it’s beyond max, the engine oil is high. If it’s low, the car needs more.

Those who know what they’re doing can tell if the oil is good using the same test. The color of the oil tells how dirty and old it is. If it’s very runny, very thick, or another color, something else is wrong.

You could check the oil pan as well. If the level is higher than normal, something could be wrong. However, this is advanced – if you don’t know what an oil pan is, where it is, or how much is too much, you’re better off towing the car to a mechanic. Your car is an investment. Don’t take chances!

If the car has too much oil, and is driven around in this condition, the engine will accidentally froth up the oil like milk in an extra foamy latte.

Putting too much engine oil in the car could cost you in the long run.

If there’s too much oil, the pressure will climb until seals and gaskets suffer. If these little pieces break, you’re going to have big repair bills for seals, gaskets, and perhaps a whole new engine. This could run from $1700 to $6000.

So, what’s the too-much-oil-in-the-car problem going to cost a driver? Time. Patience. Money.

Getting the car’s oil changed on a regular basis is absolutely worth the cost. Yes, it’s an hour or two out of a busy week, but losing the car altogether is going to be a lot worse.

Patience, as well, is important on this one. If you, for one reason or another, have too much oil in the engine, then you need to hold your horses before driving that car over to the mechanic. You need to remove some of the oil first.

This might mean doing an oil change. Some mechanics will siphon out some oil through the testing area or the crankshaft, but this is absolutely not recommended, especially for amateurs.

If you can’t do this work yourself, you may actually need to call a tow truck to have the car taken to a garage where the excess oil can be removed. Tow truck costs vary based on side, time, and location. On average, people pay $100-$200 for a local tow to a garage. That sure beats $6000 on a new engine!

Once the car is safe and sound at the shop, the mechanic will remove the oil – probably doing a complete oil change. This will run $20 to $70. Ask the professional to check your seals and gaskets while they’re at it.

Too Much of a Good Thing

We love engine oil. It keeps us moving in the right direction.

That being said, it’s entirely possible to put too much oil in the car. It most likely would happen on accident, like if you put five quarts but you don’t tell your son who is helping you out. He adds four more – now there are nine! Drain the oil; start over. It isn’t a big deal so long as you didn’t drive the car.

If all else fails, you could send the car to the junkyard, collect cash, and start over with something new.