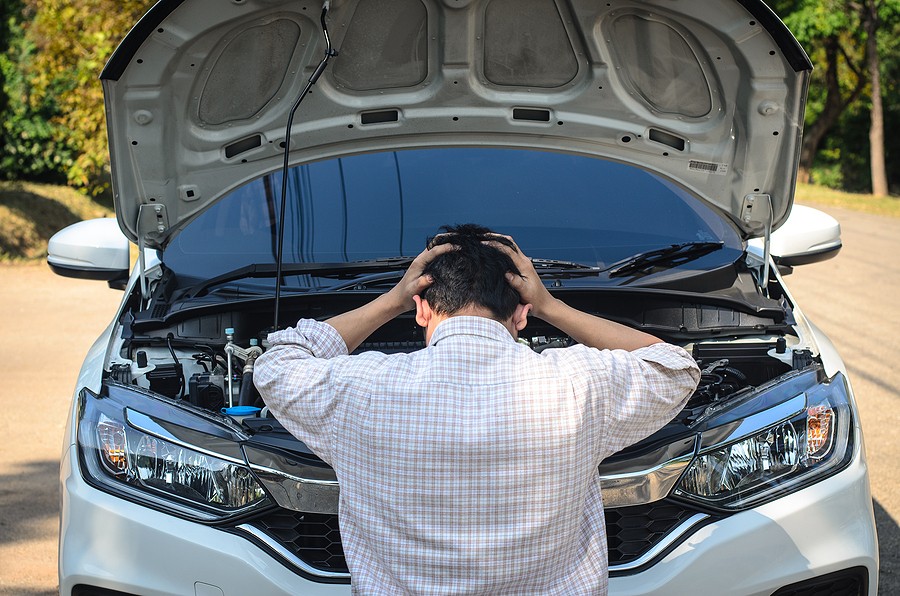 Understanding what causes engine knocking can be extremely helpful to prevent the problem from occurring in the first place. Typically, engine knocking happens due to one of the following reasons:

The more we drive our cars, the more we can detect any new weird noises. Experts recommend taking these noises very seriously because they might be linked to major internal problems that could be resolved without major repair costs.

Engine knocking is that type of problem that indicates a serious issue. Simple tips can resolve it, but they might require major replacements that cost thousands of dollars on repairs. However, understanding what causes engine knocking can help you prevent the problem from occurring in the first place.

What is engine knocking, and how does it sound like?

The best way to understand the complexity of engine knocking is to go back to the basics and understand how the combustion process happens. Typically, your engine's cylinder will suck a specific amount of air and fuel to get them mixed, and then it compresses them by raising the piston ring upwards. Once the air-fuel mixture reaches a specific pressure and temperature threshold, the sparkplug sends a spark to ignite the mixture and smoothly causes the combustion process to generate the necessary power.

Some drivers might find it a little challenging to detect the knocking noise because it's not as clear as it should. First, however, think about the knocking noise, like the noise you'll hear when you shake a pair of metal bowls inside a tin bottle. It is more like a pinging noise, as described by automotive experts.

Knocking is not a good thing, and it can lead to major troubles if it's not only related to issues with their air-fuel mixture because it might be related to tons of other reasons.

Not all fuel is the same, and some fuels might come with a different rating known as the octane rating. That's why when you go to a gas station, you'll see different pumps to select from.

As you might already know, the higher the octane level, the more expensive the fuel is. Therefore, many inexperienced drivers think that selecting the lower octane level will save them money. However, that's not the correct choice because depending on your engine; your engine might require a higher-octane level because it's designed this way here; therefore, down the road, you'll deal with major complications, including the engine knocking just because you decided to save on fuel a couple of dollars.

You must refer to your vehicle's owner’s manual to get an idea of the minimum octane level required. Of course, you don't want to go below this octane level, but you can freely go with a much higher one. However, it might not be worth the investment going with the maximum octane level because your engine doesn't require it, so you can't consult your mechanic to get an idea about the optimum and most appropriate octane level to select.

However, spark plugs are expected to fail at some point, which means that they must be replaced. Typically, most spark plugs fail at around 30,000 miles. However, this mileage threshold might differ significantly depending on the type of sparkplug you decide to go with.

If you ignore replacing the spark plug on time, you will deal with problems in the ignition timing. That's when the air-fuel mixture won't ignite at the right time, which might be explained in a knocking noise, and some other symptoms that lead to engine damage are cured

To prevent dealing with engine knocking due to bad ignition timing, it is important that you check and inspect your spark plugs regularly and replace them once you hit the maximum threshold. In addition, you want to keep an eye on symptoms indicating a bad spark plug because some spark plugs might fail before their expiration dates which means that you must replace them before then.

When the engine receives the wrong air-fuel mixture, you'll deal with a lot of troubles, and this mixture is not expected to reach the optimum temperature and pressure threshold as the one with the right amount of fuel. Therefore, the combustion will not be completed, and the spark might not ignite the rich air-fuel mixture.

When dealing with a lean air-fuel mixture, you must review all potential components that might impact it. In other words, if the problem is happening from too much air supply, you want to check your intake valve or probably the oxygen sensor to determine why your engine is receiving more air than it should. Also, if the problem is happening from limited fuel supply, you must determine what's causing this issue and whether there is any clogging in the fuel pathways preventing it from reaching the engine. Finally, whatever is causing the lean air-fuel mixture must be resolved to prevent dealing with knocking noises.

Automotive experts and manufacturers realized the importance of engine knock troubles. So they decided to install specific sensors to detect engine knock when it's minor and before it gets more complicated. However, these sensors might not function properly, leading to severe engine knocking before any previous warning.

If you rely on the knock sensor to tell you whether the incident as dealing with engine knocking when the sensor is not working properly, you might not know about the problem until it gets to a stage where you must replace the engine because of major damages severe breakdowns.

You must inspect the knock sensor regularly as specified in your vehicle's owner's manual to know when to replace it if needed.

Over time of use, these bearings and the rod ends might wear out, causing some issues related to engine knocking.

Ignoring bearing problems leads to severe engine knocking, especially if the bearing problem leads to breaking the crankshaft rod, which is a critical problem and beyond the complications of the knocking noise.

It is critical for you as a driver to evaluate when to replace the bearings and keep an eye out for some symptoms indicating a bad bearing before it gets more complicated. Whenever you notice any of these symptoms, it is crucial that you consult your mechanic and replace them or probably replace the entire rod if the problems get more complicated.

Finally, engine knocking might happen due to a damaged belt or tensioner inside the engine itself. These belts are not designed to last forever, and as they're designed from rubber, they can get damaged at some point due to excessive exposure to high temperatures and pressure.

When the belts are not working properly or break, they might lead to loud engine noises that could be in the form of knocking or probably other noises, including rattling or clicking sounds.

To get rid of the problem and prevent it from happening in the first place, you should regularly inspect the tensioners and different belts around your engine. Whenever you notice any sign of belt damage, you must replace it immediately. In addition, experts recommend replacing the timing belt even if it's not damaged just in case to prevent dealing with significant complications that easily lead to a complete engine failure.

Any weird noises coming from the engine should not be taken easily. You must take immediate action to prevent dealing with major complications that could cost you the entire engine. Engine knocking is one of those noises you should never ignore because it might be linked to major internal damage.

There are plenty of causes that could lead to engine knocking. Once you understand what causes engine knocking, you'll have a good idea about how to prevent engine knocking and to prevent dealing with situations where you must pay a lot of money on repairs. Typically, engine knocking happens due to issues with the type of fuel, problems with the ignition timing, air-fuel mixture ratios, knock sensor, bearings, and malfunction in tensioners or pulleys.

When engine knocking is linked to a major problem and requires very high repair costs, it is not too late to sell the vehicle and use its money towards a better car that doesn't have any major issues. However, it's not worth your investment installing a new engine, and even if you go with a used engine, there is a very high chance that this problem might reoccur because the used engines are not as good as the brand-new ones.