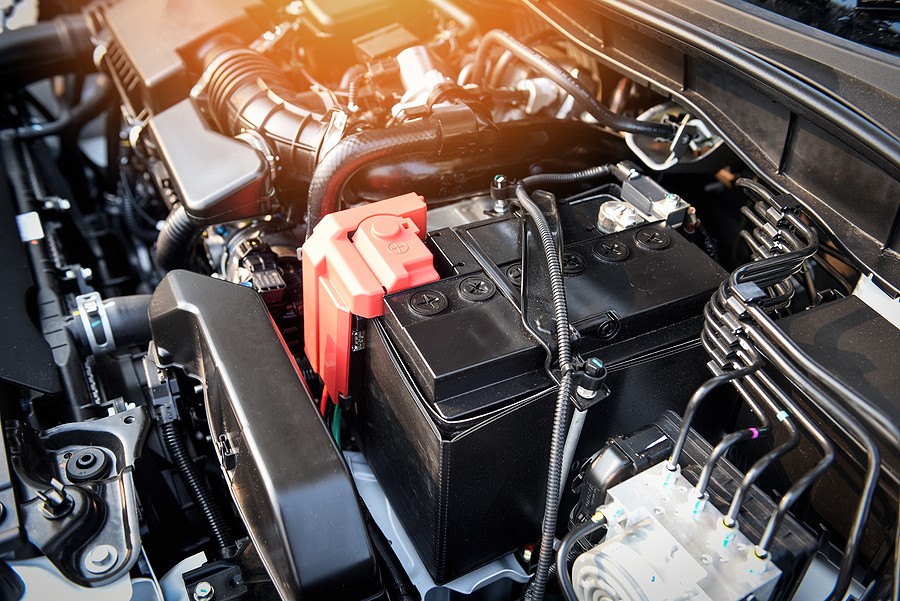 Buying a used vehicle can be almost the most expensive and the biggest investment in many people's life. Therefore, the last situation any shopper wants is buying a vehicle with major engine problems.

Engine problems are one of those problems that require significantly high repair costs. If your vehicle requires a new engine, expect repair costs between $3000 and $4000 on average. For some vehicles, the price can jump up even more.

The first and most important thing you want to ensure to inspect is the vehicle's engine. Sometimes certain brands and automakers are known for having common engine problems requiring complete engine rebuild or replacement. Therefore, learning about “what cars have the most engine problems?” Helps you prevent purchasing such cars and save you a lot of money and headache.

This article summarizes Consumer Reports results on their vehicles survey regarding vehicles known to have major engine problems. This way, you are well prepared before making a final decision, and if you already own one of these vehicles, it might never be too late to sell this car and use the money towards a better car.

What cars have the most engine problems? Consumer Reports results

Catastrophe engine failures are one of the worst failures that any driver might get involved because it costs thousands of dollars easily in no time. Otherwise, the vehicle won't run.

To help you learn about “what cars have the most engine problems?” Consumer Reports perform an annual survey to check for major trends regarding certain mechanical problems in most vehicles. Interestingly, they found that a list of vehicles tends to have the most engine troubles like blown head gaskets and other catastrophic results that require either replacing the engine or rebuilding it.

“Engine failure can be caused by many things,” says John Ibbotson, Consumer Reports’ chief mechanic. “Some engine rebuilds are needed due to low compression from worn piston rings, resulting in lack of power, misfiring, or excessive oil consumption, while others suffer from crankshaft or connecting rod bearing failure, signaled by a knocking sound.”

Consumer Reports intends to help warn new shoppers and current owners of such vehicles to be prepared for such major engine failures. Let's take a closer look at some of the mentioned vehicles that are expected to have major engine problems sorted from the worst:

The 2014 Kia Optima is expected to face major mechanical engine problems at around 96,000 miles and 1 27,000 miles. If you're interested in an alternative vehicle, Consumer Reports recommended checking the Honda Accord model years from 2013 to 2015. Also, you can check the Mazda 6 model years of 2014 and 2015.

Another Kia vehicle with major engine problems is the 2013 Kia Sorento. This vehicle is expected to have these engine damages at around 69,000 miles and probably 108,000 miles. Looking for alternatives? Check out the two data Highlander the model years from 2012 to 2015. You might also want to consider the Toyota 4 Runner model years from 2012 to 2015.

Hyundai Sonata Fe was another vehicle that has major engine problems occurring at around 97,000 miles. Both the 2012 and 2013 vehicles are expected to have similar trends in engine damages.

The 2011 Hyundai Sonata also is expected to have major engine problems starting at 72,000 miles. Unfortunately, owners of this vehicle indicated that the same problem trends are shown in later years like 2013 and 2014.

Subaru Forester also showed a clear trend of engine damage is in the 2012 model year at around 81,000 miles. To prevent purchasing a vehicle with major engine problems, consider checking the 2011 to 2014 Honda CRV and probably the Toyota RA V4 model years of 2011 to 2014. Finally, you might want to check the Mazda CX5 model years of 2013 to 2014 as well.

Hyundai Sonata Fe sport also has major mechanical engine problems in their 2013 model year and probably 2013. These major engine problems tend to occur at around 74,000 miles.

The 2011 Audi A4 is expected to have major engine problems at around 62,000 miles, slightly earlier than most vehicles listed previously. If you would like an alternative vehicle with similar characteristics but without major engine problems, consider checking the Infiniti G model years from 2011 to 2013.

According to customers, Chevrolet produces one of the best engines across all their model years. However, the 2011 Chevrolet Equinox showed trends of major engine damage is at around 86,000 miles.

To prevent purchasing such a luxury vehicle with major engine problems, consider checking the Toyota RAV4 model years 2011 and 2014 as alternatives. Also, the Mazda CX5 and the Honda CRV or ribs options are as well.

Ford also was not engined problems-free. The 2015 Ford Mustang also showed major engine problems at around 76,000 miles, and if you are looking for alternatives, experts recommended looking into the BMW 2 series model years of 2015 and 2016. Also, the Mazda MX5 Miata is a great option if you focus on the 2015 and 2016 model years.

The 2013 BMW X3 showed trends of engine problems, and these problems occurred at around 83,000 miles. If you're looking for alternative vehicles with the same characteristics but without major engine problems, experts recommended checking out the Acura RDX model years from 2014 to 2016.

Finally, the 2015 Volvo XC60 showed major engine problems at around 60,000 miles, and if you are looking for alternatives, you might also want to consider the Acura RDX model years of 2014 and 2016.

What if I already have one of the cars that are expected to have most engine problems?

If you realize that you own one of the vehicles mentioned in this list, it is not the end of the world because you will always have some options and recommendations.

You might be at a stage where your vehicle's major engine problems did not start yet so, take advantage of the time now and try to select before dealing with these measure repairs and higher costs.

Therefore, it is important to keep an eye and ear for any symptoms indicating early engine damages. Although we've discussed these symptoms in detail in previous articles, let's take a closer look at these symptoms again as a reminder:

The first and most obvious symptom indicating that your engine has some internal problems is illuminating check engine light. However, keep in mind that the check engine light is not always linked to engine damage; it could be related to another issue.

Therefore, do not rely on this symptom only to say that your engine has major issues. Thus, you are recommended to take your vehicle to the nearest repair shop and have a professional mechanic inspected properly to tell you the real culprit.

Once the engine is not working properly or has internal problems, you will see a significant reduction in the overall engine's performance. You will immediately notice that your engine is not behaving as normal.

The engine will consume more fuel than usual, and you will need to visit the gas station more often. When you spend more money on gas than you used to, consider inspecting the engine before ending up with catastrophic engine failures.

3-    Thick smoke out of the tailpipe

The more you drive your vehicle, the more you'll get used to how it behaves. So when you suddenly notice that the tailpipe is producing more smoke than usual, it could indicate early engine problems.

While this smoke might also be related to something else, the first thing you want to check is the engine. Sometimes when the engine has a blown head gasket, it will start burning coolant, for instance, and when the coolant is burnt, it produces thick white smoke.

As a rule of thumb, automotive experts indicated that if your vehicle makes any weird noises, it indicates an issue internally here, which also applies to the engine. Thus, when you notice that the engine is making some weird backfiring, popping, hissing, or any knocking noises, consider performing a detailed inspection.

According to experts, if you could detect these symptoms early, you might have the chance to save your vehicle without needing a whole part in replacement. For instance, your mechanic can help you determine what is going on in the engine and fix that minor issue before it complicates and gets to a point where you need to replace the engine.

Who buys my car with major engine problems?

Unfortunately, most private buyers are interested in purchasing vehicles without major mechanical problems because they want to drive them immediately. Thus, finding a private buyer to buy your vehicle with major engine problems is not a simple job.

Unlike private buyers who are always interested in vehicles in great condition, Cash Cars Buyer doesn't mind buying the vehicle if the engine is completely damaged and will pay the top dollars that your vehicle can make around your area.

Buying a used vehicle requires a lot of research to prevent purchasing a vehicle with major mechanical problems like engine damages. One of the best things that you can prepare for is to check for common vehicles that are expected to have major engine problems over the years.

Consumer Reports put together a list of vehicles to help you answer the question of “what cars have the most engine problems?” This article summarized Consumer Reports results and walked you through alternatives to consider when shopping for your next vehicle.

On the other hand, if you have one of the mentioned vehicles on the list, it is never too late to get rid of the vehicle and use the money towards a better car before facing these major engine problems. If you are nervous about finding a potential buyer who would like to buy your vehicle just because engine problems started, you can always reach out to Cash Cars Buyer, who guarantees to remove your vehicle within one to three days only!