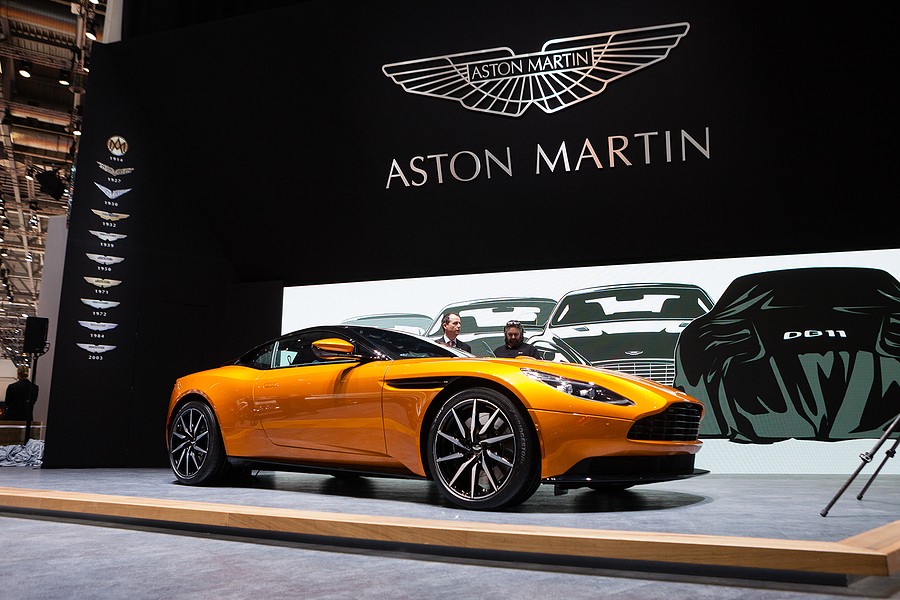 Only a few months left for 2020 and before 2021 even begins car enthusiasts are already all ears about the upcoming road machines coming out next year. A class on their own, sports cars are undeniably the most sought and researched after as they are not only known for the thrill of the drive but also are great attention catchers. Automakers are already cooking up or making their final blueprints if they haven’t completed it yet for the hottest and newest sports car.. Thanks to rumors and model leaks we can already take a peek of what’s coming up! We shouldn’t have to wait for the manufacturers to pop the news when they already feel like it.

There has been a speculation as to whether or not the Mercedes-Benz SL-Class is dead. The past 20 years the model has become more of a grand tourer than a sports car going against its name SL, meaning “Sport Leicht,” with its position as a lightweight sports car. But for the followers of the said automaker the confirmation that the Mercedes SL roadster is about to undergo a radical overhaul has been a great sigh of relief. As a matter of fact, we’re more likely to behold the new seventh-generation SL in early 2021. Mercedes-AMG will be developing the new model, with focus on injecting a whole new level of performance. The performance division is going to reinvent the model as a 2+2 lining up with the two-seat AMG GT. Both cars will share a new lightweight and aluminum-intensive platform.

Before his switch to Aston Martin, AMG Boss Tobias Moers explained to Auto Express how the programme is really intense. He said, “ The new SL aligned with maybe the next generation of GT. — I think it’s about time to change the attitude of SL a little bit and bring back a bit of the history of this touring DNA of SL — make it sportier, and other things.” The overhauled SL will likely embrace hybrid technology with possibility of plug-in power aside from its 48-volt mild-hybrid electrification.

Mazda Miata has been known as the best selling 2-seater convertible sports car in history. Famed for its dramatic look with curves at the front and eye catching rim, with a lightweight frame and sublime handling capabilities it’s something that other sports car simply could not compete with.

It is also offered as a retractable hard-top fastback or a soft-top convertible offering much versatility even to the pickiest sports car buyers. With enough high-end trim pieces in its interior it elevates itself above conventional affordable cars and is aso tagged as one of the best Mazda road cars ever. The expected release of this affordable Japanese two-seater is early 2021 with expected price range from $28,000 to $35,000.

Fiat cars have never been a popular favorite but for the 2021 Model year, the Fiat 124 Spider rear-wheel-drive drop-top brings a one of a kind combination of Italian flair and American aggression and might just earn the said car a step closer to the hearts of any sports car lovers. The 2021 model retains the Italian charm, drop-top motoring fun and style offered by the original model combined with Japanese know-how. The 2021 124 Spider is an outstanding roadster with a 1.4-liter turbocharged four-cylinder engine with available options of manual or automatic transmission.

Fiat has the same underpinning as the Mazda Miata MX-5 but has a few unique pieces of equipment that includes its own engine, transmission and suspension tuning. With an MSRP of $28,195 these features make this model a great affordable buy and undeniably fun roadster.

Chevy decided to level up the 2021 Camaro with a more convenient in-car Apple Carplay and Auto Android that are now completely wireless. There will also be different bolder color palettes such as Wild Cherry, new features, countless personalization options and wider transmission availability, which is evident in the Camaro's SS 1LE model. From a six-speed manual transmission offered for the 1LEs (except for the ZL1 1LE), the 2021 model now comes with a 10-speed automatic transmission on V-8 powered SS Models.

Sky Cool Gray will also be available as an interior color option. When it comes to performance upgrades, nothing big can be expected from this year's model.

Other features new for the 2021 model include a magnetic selective ride control suspension available without z51 (FE2) and standard Apple CarPlay/Android Auto which are both wireless. It also comes with a Standard Buckle to Drive safety technology that if activated will stop the driver from shifting the car out of Park if the driver’s seat belt has not been buckled for up to 20 seconds. This will help remind drivers to fasten their safety belt before driving. This next generation LT2 also comes with Chevrolet’s first eight-speed dual-clutch transmission, which provides excellent power transfer and shifts as fast as lightning.

Noted as the most commonly stolen sports car the Dodge Challenger is one of the most famous sports cars there is. There are no major changes to be expected to the new 2021 model but remains to be a magnificent ride with a variety of engines to offer and with 13 colors to choose from. Its interior remains spaciously comfy and stylish. When it comes to performance next year’s line up is all about power. Base SXT and GT Models for Dodge have a 3.8-litre V6 that delivers 305 horsepower and a 268 pound-feet of torque, which is sufficient to move the piece of machinery to 100 km/h (62mph) in under 7.0 seconds. The Challenger can be enjoyed even during the winter with no issues as it can be paired with all-wheel drive. The price estimate is somewhere between $28,000 to $77,000.

The 400Z model is just one of many cars that Nissan offers from their old lineup. What’s new for 2021? The 400Z is rumored to get its engine from the Infiniti Q60 meaning it will be running on a twin-turbocharged 3.0L V6 engine. The lineup doesn’t get as competitive as that although it’s one of the less common sports car choices. There also have also been hints of Nissan retro styling on their Youtube teaser so that's another thing to watch out for.

Ten years into the production and Toyota 86 remains as one of the most consumer-friendly sports cars in the industry. Though not much change is to be seen buyers can expect a higher torque of about 156 lbs-ft. The launch for this new Toyota sports car model is to be expected sometime in March 2021.

The current Toyota Supra model is an excellent car in itself. It appeals to anyone’s adventurous spirit while also enjoying a feeling of luxury. It's only a bonus that Toyota has decided to update it with eight new dashing color choices. However, two of these colors – the Refraction, a blue and black bi-tone, and Nocturnal, a pitch-black hue – will only be offered in 500 units each.

The 2021 Toyota Supra brings a more powerful version of the turbocharged 3.0-liter inline-six engine, alongside a new base model with a turbo 2.0-liter four. It now makes 382 horsepower, which is up from the previous 335. Torque has gone up by 3 pound-feet to 368. Automobilemag has indicated an estimated amount of $40,000 upon its release.

After the Jetta's overhaul and redesign from the year 2019 to 2020 it gives very little room to expect changes since the makers almost had nothing new to come up with. The 2021 update is highly expected to be a carryover of the entire lineup from the previous years.

The current design showcases a thin dash and an LCD gauge cluster, with a premium interior look that makes up for its unappealing exterior design. CarsDirect said the release date could be at the end of 2020.

Design-wise, the new 2021 model won’t differ much from the conventional lineup but there’s a possibility of new trim levels. The model will also still be carrying its iconic “jewel” front lights. Aside from the trademark Type R red  badge and corresponding striping, the new 2021 Acura NSX is expected to adopt a more rockin’ aero pack with bigger air intakes and updated front splitter and rear diffuser. Other updates include some new tires, a repaired rear wing and a front side-splitter. The elements are said to be made out of carbon fibers to help the car be as light as possible without sacrificing its quality.

The recent models utilizes a powerful engine that cranks out 573 horsepower, complemented by a 3.5-liter V6 engine. Another set of electric engines come with it as an added support for additional power. While the new 2021 NSX boasts a bigger engine and is rumored to have a 3.7-liter V6 engine. With this newer model, one can juice out more horsepower at about 650. Some critics even said that with this newest update the new model won’t have any trouble outrunning Ferraris and Lamborghinis in its price range.

A similar theme is expected to be carried over in the interior where red stitching and accents upon suede leather look like a safe bet. There are also a lot of secured spots where you can keep your valuables. The interior radiates an overall cozy feeling comparable to what the inside of a Ferrari feels like. The 2021 model is said to have new bolsters, with new diverse controls.

Out of any average Joe’s and plain Jane’s budget the all-new Lotus Evija is the pinnacle of automotive evolution. Thus far the most ambitious Lotus model it showcases a single-piece carbon-fiber monocoque structure along with a hypercar-worthy design with air intakes and body twists all around. It has an F1-styled Drag Reduction System which helps it achieve its striking acceleration figures. This all-electric hypercar only weighs 3,704 pounds despite its four large and powerful electric motors.

Interior could be considered stingy on the extravagant but can be considered futuristic and refined. The British automakers have successfully drawn a fine line between a comfortable cabin and saving on weight. This new Lotus model boasts of supportive seats and eye catching tiny hexagonal-shaped steering wheel that is riddled with controls.

Its powertrain consists of no less than four electric motors driving each wheel producing a grand total of 1,972 horsepower and 1,254 pound-feet of rotational force. This is more than enough to power the supercar from standstill to 60 mph in under 3 seconds on a way to the top speed which exceeds 200 mph.

This car’s 70-kWh battery pack provides up to 250 miles of total range (with proper caution) and should charge up to 80 percent in just 12 minutes with its optional 800 kW chargers. The price was set around $2.1 million limited to only 130 units, all of which have already been spoken for.

The 2021 Kia Stinger is soon to be unveiled with a sportier styling than before. Although Kia hasn't released any teasers of the upcoming Stinger, a few spy shots have revealed a more powerful sedan painted in red, where a new broad tail light element stretching across the body can be seen. It comes with larger exhaust outlets and its Stinger name prominently positioned right in the middle. But it remains to be seen if its US-spec also replaces the central Kia logo this way.