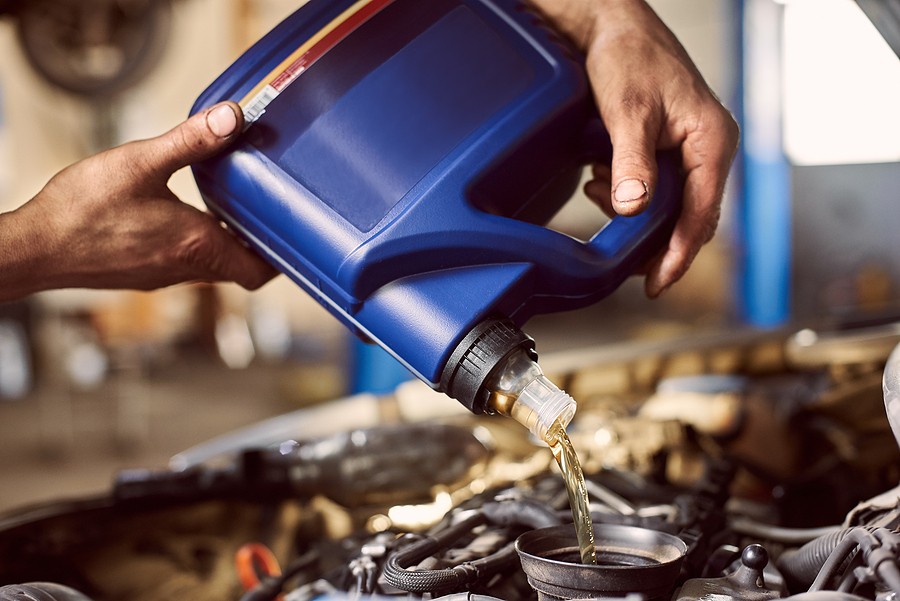 Modern vehicles are complicated machines that are designed in a way to reduce vehicle problems as much as possible. However, it is important for you as a driver to keep an eye for any problem and take care of it immediately before it gets complicated and reaches other components costing you thousands of dollars.

This article walks you through the different components in your fuel system and gives you an idea about their main role. It also highlights the three common fuel system problems that you might encounter during the lifetime of your vehicle.

What are the main components of their fuel system?

Before we discuss the details about “what are the common fuel system problems?” We must understand the different components making up the fuel system.

The fuel system is responsible for delivering the right amount of fuel at the right time with the right quantities to the engine, so the engine produces the required energy. If any component within the fuel system goes bad for any reason, the engine will not produce the energy, and therefore your vehicle might not drive.

In general, the fuel system consists of the following components:

As the name suggests, the fuel pump is responsible for pumping fuel throughout the fuel system and allowing it to get to the engine when needed. Depending on your vehicles type, you might have the fuel pump located in different areas:

In the engine block

The fuel pump is located on the engine block somewhere between the engine itself and the fuel tank in older cars. It is typically mounted to the wall of the engine and is powered by the engine's motion.

Inside the fuel tank

In modern cars, the fuel pump is located inside the fuel tank, which provides it with many different benefits that prevent premature damage. In this type of vehicle, that pump is powered by the battery using an electric charge.

Obviously, the fuel tank is the large reservoir that contains all fuel, and it's the same reservoir that you fill with gas when you stop by the gas station. Depending on your vehicle type, you might find the fuel tank equipped with additional components like the fuel pump and other emission monitoring technologies.

Like any filter, the fuel filter is responsible for cleaning out the fuel and preventing any contaminants reached the engine. However, over time abuse, this filter might get partially or completely clogged, which might impact your vehicle's drivability and efficiency. Therefore, you must monitor the behavior or vehicle and consider learning about symptoms of a clogged fuel filter to prevent it from happening in the first place.

The fuel injectors are very small components inside the Sanders, and they are responsible for injecting fuel whenever your engine needs it for the combustion process. Experts referred to the injectors as the last stop in your fuel system before fuel leaves the system and gets to the deep combustion chamber.

Depending on your vehicle's type, your car might not be equipped with fuel injectors, and instead, it should have what's referred to as the carburetors. These carburetors existed only in older cars up to the 1980s, and sometimes, a couple of electric fuel injectors supports them.

What are the common fuel system problems?

Although automotive experts indicated that the fuel system is one of the least systems that might have major problems, it is not rare to deal with significant issues in the fuel system. Therefore, it is important for you as a driver to familiarize yourself with the different fuses and understand how to deal with them without underestimating the problem.

Let's take a closer look at some of the common fuel system problems your vehicle might encounter during its lifetime:

One of the most common problems that you feel the system might deal with is a malfunctioning fuel pump. As we indicated earlier, the pump is the main component responsible for sending fuel to the engine.

Unfortunately, when the fuel pump fails, you cannot fix it. In other words, a failed fuel pump is not repairable, and when it goes bad, you must replace it immediately. The good news is that your vehicle will show you some symptoms indicating that the fuel pump is going bad before it even does.

In general, some of the common symptoms of a bad fuel pump are:

It is very critical for you as a driver whenever you notice any of the mentioned symptoms to take your vehicle to the repair shop immediately before dealing with more complicated problems.

The second common problem that you might encounter during the lifetime of your vehicle is a clogged fuel filter. As we indicated earlier, the fuel filter is responsible for preventing any debris or dirt from getting to the engine and damage is.

Here are some of the common symptoms indicating that your vehicle's fuel filter is clogged:

Obviously, whenever you notice any of the mentioned sometimes, you have to take your vehicle to the repair shop and get the fuel filter replaced if it's the real culprit causing the issue.

Finally, another important fuel system problem that you might face is when the fuel injectors get clogged. This problem is one of the very critical issues that might impact the performance of the fuel system. When the fuel injector gets clogged over time of use, your combustion chamber will not receive the right amount of fuel at the right time, and therefore, you will notice some of the following consequences:

You must get the fuel injectors cleaned up or replaced when necessary to continue driving your vehicle without dealing with the mentioned problems.

What causes a fuel system to fail?

Fuel system failure can happen due to a variety of reasons. These reasons depend on which component got damaged first. Let's take a closer look at some of the common causes for fuel system failures:

When the fuel pump fails, it feels suddenly without any previous warning light, unfortunately. Therefore, understanding the main causes of the failed fuel pump is essential. Typically, your fuel pump will fail due to contamination in the fuel system, clogged fuel filters, or electrical problems that might cause some rust or corrosion around the fuel pump connections.

2-    Clauses for a clogged fuel filter

As we indicated earlier, it is expected to deal with failed or clogged fuel pumps over time of use. Therefore, it is not surprising to deal with some vehicle changing behavior the more you drive the car without changing that fuel filter.

Although fuel filter clogging is expected to, sometimes it might happen severely and prematurely. Therefore, what could cause a prematurely clogged fuel filter is contaminated fuel where you use the wrong type of fuel that has a lot of debris.

Also, the fuel filter might get clogged due to stains or rust in the fuel tank, moisture buildups in the tank, contaminated and clogged air filter, water deposits from the in-ground gas storage, and others.

3-    Causes for a damaged fuel injector

Finally, if the fuel system problem you're dealing with has to do with a clogged fuel injector, then it is most likely debris from the low-quality fuel that you're using or probably some impurities in the gasoline itself. Therefore, you must select a high-quality gas station to prevent dealing with such issues.

How much does it cost to fix fuel system problems?

Again, repair costs for fuel system problems depend on the root of the problem. Here they break out of the common feels some problems and expected repair costs:

A bad fuel pump is one of the common fuel system problems that require one the most repair costs. In general, it might cost you between $220 and $1,060, depending on your vehicle’s type and the location where you get the job done.

2-    How much does it cost to fix a clogged fuel filter?

If your fuel system problem has to do with a clogged fuel filter, you’re very lucky. Fixing this problem shouldn’t cost you more than $160, and many drivers can resolve the issue without needing a mechanic.

3-    How much does it cost to fix a clogged fuel injector?

Finally, a bad fuel injector requires Between $800 and $1450. Obviously, this comment feels some problem is another major issue that costs you a lot. Therefore, you must perform the proper evaluation before spending a penny resolving the issue in your vehicle.

The fuel system is critical in your vehicle, and it's responsible for sending the right amount of fuel to the engine when needed. Therefore, understanding the common fuel system problems is essential for every driver to be prepared for them and not panic when it happens.

The three most common fuel system problems are a malfunctioning fuel pump, a clogged fuel filter, and a bad fuel injector. Some of these problems might not require many repair costs, while others might cost you a lot of money. Therefore, you must evaluate your vehicle as a whole and determine the overall repair costs. If you notice that repair costs are approaching the vehicle's value, it might be the right time now to sell your car instead.