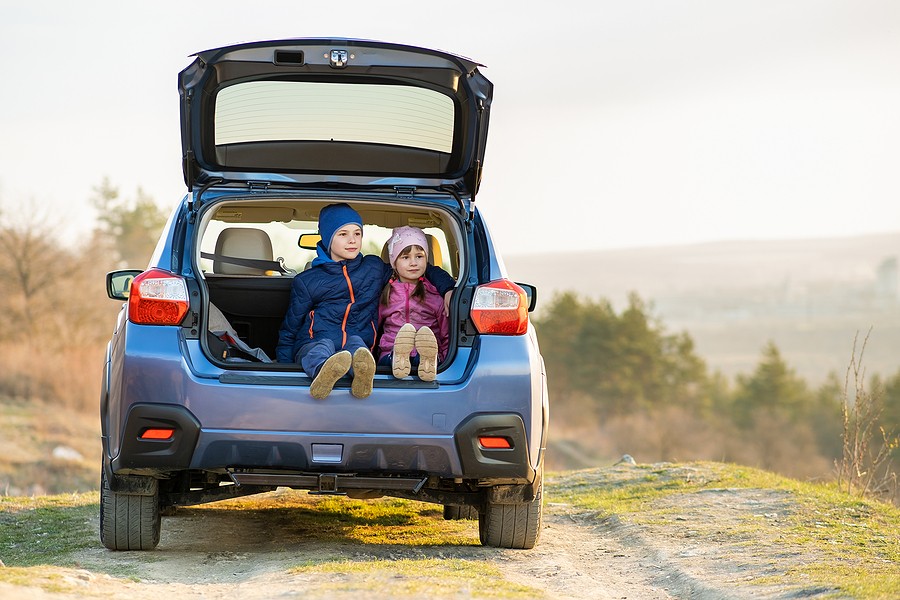 Looking for a spacious, well-equipped, stylish and with an engine that suits every family need?

We know how stressful it is to look for the perfect car for oneself, let alone for a family. You have to consider a lot of things like space, safety and fuel-efficiency. To help you, we have consulted experts to assist us in preparing a list of the best great small family vehicles in the market.

So, why choose a small car for your family instead of the bigger types of cars? First, things like body roll occur way less often to small cars thanks to its lower height and smaller size. Taking that into account, you may be able to take the corners at slightly higher speeds in a small car than you would with an SUV or some other bigger types of cars.

Second, small cars, when compared to many other types of cars, are particularly fuel-friendly.

Third, in terms of long-term running costs, small cars are usually economical to run than many other types of vehicles. With this in mind, consider something like getting new tires—bigger tires cost more. And also, in most countries, bigger types of cars like SUVs pay higher insurance and higher road tax than smaller cars do.

Fourth, most small cars are cheaper than bigger cars like SUVs overall when buying instantly. In addition, the rate of depreciation of small cars is slightly lower than that of bigger cars.

Here is a list of the Best Great small family cars. Please note that they are listed in no particular order.

It is a compact car that rides smoothly and its hybrid powertrain delivers quick acceleration. The Insight comes in three different trims. Even by hybrid standards, its gas mileage is superb. There is adequate space for passengers and cargo thanks to its impressive 15.1 cubic feet of trunk space in its standard setup and 14.7 cupid feet in the Touring models which offers enough space for about 11 shopping bags or the luggage for the family’s weekend vacation.

The Insight’s interior is well-insulated from the outside noise making it the perfect choice for parents with little kids and babies. In addition, there are two sets of LATCH car-seat connectors for the rear outboard seats. The middle seat has an upper tether anchor and has the ability to borrow anchors from the outboard seats. Its LATCH system was given an ease-of-use rating of Good+ by the Insurance Institute for Highway Safety, which means it is one of the easiest to use.

The Insight features an easy-to-use upgraded infotainment system that comes standard which offers a 5-inch LCD screen, six speaker, Bluetooth, and a USB port. All models feature a 151-horsepower hybrid powertrain consisting of a 1.5-Liter four-cylinder engine, a single-speed transmission, and an electric motor. It also has an automatic climate control as a standard feature.

The 2020 Volkswagen GTI is a compact car that sits on the top spot within the compact cars category. It is one of the most well-rounded cars in class, with plenty of space for passengers and cargo, comfortable seats, and playful handling.It has standard driver assistance features which include pedestrian detection, automatic emergency braking, blindspot monitoring,  rear cross traffic alert, forward collision warning, and a rearview camera.

The GTI seats five people. The front and back row seats provide ample head and leg room for most adults for a comfortable ride. The back seat has two sets of lower anchors and three tether anchors and its LATCH hardware is easy to find and use. The National Highway Traffic Safety Administration gave it an overall safety rating of five out of five stars. It also earned five stars in the side crash and four stars in the rollover and frontal crash tests.

This VW comes in two trims, the S and SE. Both come standard with a 228-horsepower turbocharged 2.0-Liter four-cylinder engine, a front-wheel drive, and a six-speed manual transmission. It also offers 22.8 cubic feet of space behind the rear seats, which is enough for the family’s weekend vacation luggage—plus a stroller. You can get 52.7 cubic feet of room when you fold the rear seats down.

The 2020 Hyundai Elantra is a solid compact car. You can choose between the sedan and the hatchback body styles, both of which boast ample cargo space, and deliver a smooth and comfortable ride. This vehicle seats five people, whether it is sedan or hatchback. It has comfortable seats and a generous legroom in both rows but the headroom up front might feel slightly restrictive for taller people.

There are two complete sets of LATCH car-seat connectors for the rear outboard seats and an upper tether on the read middle seat. For the ease-of-use rating, the IIHS gave the setup the second-best in its category.

The standard features in the Elantra include a USB port, Bluetooth, a 5-inch screen display, and a six-speaker system. The base-level SE trim has a driver attention monitor, lane keep assist,  brake assist, forward collision warning, and a rearview camera. The National Highway Traffic Safety administration has given the Elantra an overall safety rating of four out of five stars. It also earned four stars in the frontal crash. Side crash, and rollover tests. The IIHs has not crash tested this vehicle.

The 2020 Forte comes in five trims: FE, LXS, GT-Line, EX, and GT. all models use a four-cylinder engine and are front-wheel drive. It has a cargo space of 15.3 cubic feet making it one of the largest trunks among all other sedans. A split-folding rear seat comes in all models except the base trim. The base trim has a good gas mileage with either transmission.

There are two complete sets of LATCH connectors on the read outboard seats. The IIHS gave its LTACH system the second-highest rating of Acceptable for ease of use. However, the lower anchors are set deeply in the seats, but there aren’t any major issues.

Note: Kia covers the Forte with a five-year or 60,000 miles basic warranty and a 10-year or 1000,000 mile powertrain warranty. That is one of the best coverage you can get from any manufacturer.

The Chevrolet Sonic is a good subcompact car with an adequate space to comfortably fit adults in both rows and there’s also plenty of room for cargo.It has two complete sets of LATCH car-seat connections on the rear outboard seats and an additional tether anchor for the rear middle seat. It can seat five people. This Chevy is available in three trims: the LS, LT, and Premier) and two body styles: sedan and hatchback. All models feature a 1.4-Liter turbocharged engine, a six-speed automatic transmission, and front-wheel drive.

In terms of safety, the Sonic comes standard with a rearview camera. Available driver assistance features include rear parking sensors, forward collision warning,and lane departure warning. Other standard features include USB ports, a Wi-fi Hotspot, the Chevrolet Infotainment 3 system with a 7-inch touch screen, Android Auto, apple CarPlay, and a four-speaker audio system. This Chevy earned a five out of five stars rating on its overall crash test from the NHTSA. It has also received a five stars rating for the frontal and side crash and four stars for the rollover test.

As for the cargo space, it varies depending on the body style, but it is good with both. The sedan type has 14.9 cubic feet of trunk space which is enough for more or less 12 grocery bags. On the other hand, the sonic hatchback has even more space. It boasts 19 cubic feet behind rear seats,which is large enough to pack multiple pieces of luggage. You can get a max capacity of 47.7 cubic feet when you fold the seats down.

NOTE: Chevrolet covers this vehicle with a three-year or 36,000 mile basic warranty and a five-year or 60,000 mile powertrain warranty.

The Toyota Yaris is a good subcompact car. It comes in sedan and hatchback body styles. It gives you a decent seating space, stylish cabin, lots of standard features, including a 7-inch touch screen, forward collision warning, and Apple CarPlay. Except the acceleration, the Yaris offers you almost everything you could ask for in a small car.

The Yaris is also equipped with two sets of LATCH connections on the rear outboard seats, as well as a tether-only connection for the rear middle seat. As for the cabin, it boasts features like android Auto, two USB ports, Bluetooth,HD Radio, satellite radio, and a six-speaker stereo. It also comes standard with driver assist features like a rearview camera, a low-speed pre-collision system that integrates forward collision warning and automatic emergency braking.

In terms of passenger and cargo space, the Toyota Yaris seats five people. The front seats are roomy enough for taller occupants, and they offer good lateral support. On the other hand, the rear seats are also spacious, it’s just that taller passengers may feel a little restricted. The sedan gives you 13.5 cubic feet of cargo space, which is impressive for a subcompact car. The hatchback gives you 15.8 cubic feet of space with its rear seats upright. It may not sound like much more room, but the liftgate of this model makes it way easier to pack bulky items.

It doesn’t really pack much power having a 1.5-Liter four-cylinder engine with 106 horsepower. It runs on a six-speed manual transmission and front-wheel drive. But a six-speed automatic transmission is available.

The National Highway Traffic Safety Administration has given this model an overall safety rating of five out of five stars. The Yaris also earned five stars in the frontal and side crash tests. In addition, it has also earned four stars for the rollover safety test.