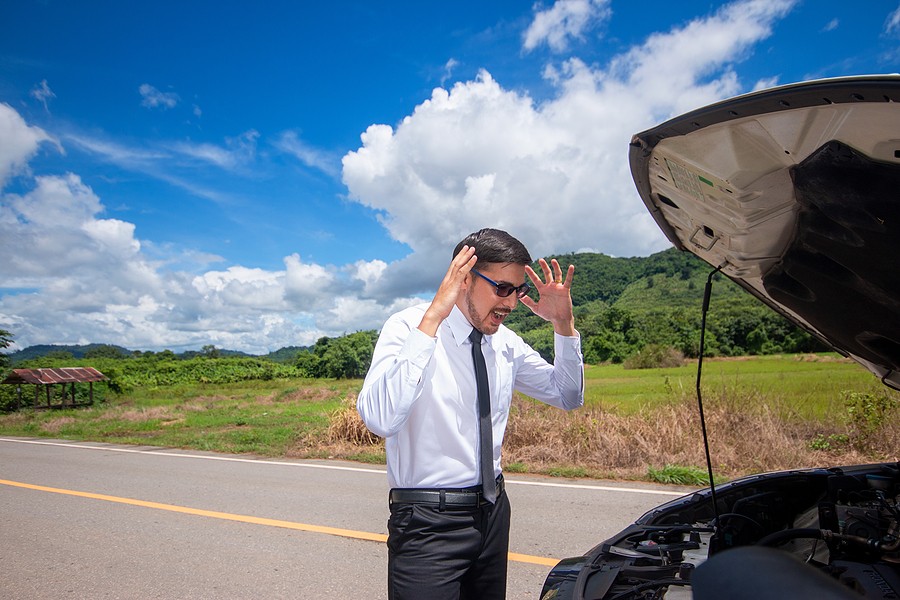 Have you ever been stressed out when your car is stalling? Has your car failed you over and over again? We all need a car that is in good condition to get us wherever we need to go, especially if you are an on the go type of person—whether that’s school, work or even running errands. If your car stalls, the cost of the repair can be overwhelming, not to mention the time it might consume to have it fixed.

Engine stalls for a couple of reasons, but it is necessary to clear up what engine stalling is. It is when an engine totally shuts off for no apparent reason. But when an engine feels like it’s gonna shut off but does not, it is called an engine stumble and is usually caused by an engine misfire. According to experts, engine repair and replacement are one of the most costly repairs a car owner can endure. If the repair costs turn up to be too high for an engine stall situation, you might have to consider checking your car’s value to know if you can still sell it.

One of the worst things that could happen to a driver is when an engine stalls while driving. The most terrible thing that a stalled engine could do is that you can lose control of the car and have an accident and cause harm to yourself or others. Having the knowledge on how to prevent a car that stalls while driving is also an important skill that a car owner should have so he can avoid what could be a costly and dangerous problem.

Why is my car stalling?

Engines need three things for it to run: fuel, ignition and air. Remember that ignition means spark. If any of these three things, if not all, is not present or does not happen at the right time, you will eventually find your car stalling out. And when the check engine light appears, brace yourself because it could be due to a serious engine problem.

Before panicking, check the following first:

It does not take a genius to know that an engine will not run if there is no fuel or gas. The absence of fuel in your engine can be due to dirty fuel injectors, plugged fuel filter, or the wrong type of fuel in the tank. What’s really funny is when your car totally stopped while driving because you forgot to refuel and it ran out of gas.

Engines consume lots of air, more than you would imagine. These air get sucked in through an air intake and the filter removes any particles in it. If an engine does not run due to an air problem, usually it is due to the air filter clogged with dirt, leaves, debris, pollen, and whatnot.

No Ignition or Spark

Ignition or spark is necessary when there is a compressed mixture of air and fuel in the combustion chamber to run the engine. It is designed to be precise, if it is a little early or late it will not ignite properly or it will not ignite at all.

It does not necessarily mean that because there is fuel, air and ignition your car is going to run. If your car keeps stalling, there are a number of parts or components that could be responsible. There are various possible factors that could cause your engine to stall. Your engine stalling on you could be a result of something as simple as your car being out of gas, or one of these more in-depth problems:

Here are a few ideas to know which problem is causing your car to stall.

Car or Engine Stalling While Driving

When the engine stops while driving, it is usually caused by either of these three major  components—fuel, electrical or ignition.

If your car is stalling every time you stop, it could be related to either of the three—air, fuel, or ignition.

What to do with Stalling Motors

There is just one thing that you can do to be absolutely certain what the real problem is with your car, that is to consult a professional and have it diagnosed. Don’t be surprised if it cost you a lot. It could take a few hours to diagnose the problem, scan for fault codes and to examine the component even if you are consulting an expert from a professional auto repair facility. Take note that it is only for diagnosis and there’s no fixing anything yet.

The next sensible step is to get an estimate of how much the repair will cost and ask what the other options are. It could be minor or it could be a major repair, like a cracked engine block. In some instances, the first repair will not completely solve the problem either. It is wise to get a second opinion from another professional especially if you are uncertain that the option you were provided is good enough.

Having a stalling car repaired could cost around $200 to $2500. There is no other way to know how much it could cost you until you have had your engine checked by a professional. It is costly and time consuming to get the problem solved. When you are given this price point you might have to consider if it is better to sell it or have it fixed.

What actually Happens When a Car Stalls While Driving

One of the first things you will notice when your car stalls while driving is that your power steering has stopped functioning properly. When power steering fades, you will still be able to move the wheels but it is going to be harder to do. This unfortunate event will be followed by the power brakes and the brake pedal will not be responsive underfoot any longer. This will make it very challenging to control the car but not really impossible to do. If the power brakes and the power steering fails due to an engine stall, you should still be able to use the handbrake and steer towards the safe side of the road. Activate your emergency lights on and proceed as carefully as much as you can.

What To Do in case Your Car Stalls while Idle

If your car stalls while you are at a red light or a stop sign, turn your hazard lights on and if you can still manage, steer to the side of the road to stay away from traffic. If you are not able to do that, which is probably going to happen, call for help.

Try to push the car to the side of the road if it is safe to do so but if you are in a crowded area where there is a lot of traffic you should stay put and hit that hazard lights on until help arrives to avoid getting hit by other vehicles. Pushing a car in the middle of traffic can result in a serious injury or worst—death.

If your car stalled during late hours, you should place road flares if you have them to be easily noticed by passing motorists. If the stalling problem happened during daytime hours you can also pop the hood of your vehicle, when you are safely parked to the side of the road for increased visibility and that will let other motorists know that you are in distress and in need of assistance.

When you are safely parked on the side of the road, you might want to disengage the handbrake and leave your car in neutral. That is the ideal thing to do as a safety precaution if you were to be hit by another vehicle. The impact will be greatly reduced if your vehicle is free to move rather than serve as an impact barrier.

Thanks to the advancement of technology, car engines’ stalling is happening less frequently. In case you are one of the unlucky ones who has a problem with a stalled engine, you would want to have your car checked right away. The only issue that can cause an engine to stall that can be naturally be fixed on its own is when moisture gets into the gas tank. Other issues should be properly diagnosed and repaired to avoid bigger problems.

If you want to save yourself from the headache of having a car engine stalling then you should have a routine schedule of maintenance to prevent most of the common causes of an engine stalling. You must make sure you have oil and coolant levels topped up regularly and change your air filter. It is also important that you are using the right fuel. Keep your vehicle clean to avoid having sensors and filter soiled or clogged. Address issues like overheating and power fluctuations immediately by going to a professional.