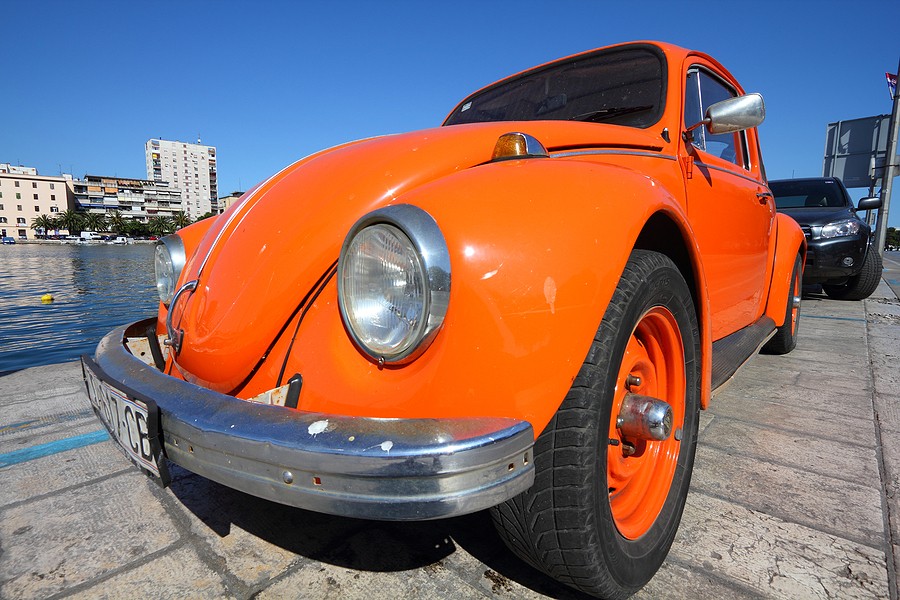 The VW Beetle is a highly popular car that is known for its distinctive look and family style. Even so, the VW Beetle problems have made this car unreliable during certain model years, especially during the 2000 year, 2004, and the 2008. By figuring out the most common VW Beetle problems you can avoid the worst model years and ensure your car will run at a high-performance level for a long period of time.

Let’s go over the worst VW Beetle problems in almost every model year since the year 2000. This can help give you a buyer’s guide of which car years are best for you and your needs!

The 2000 model year was the first time owners saw several car issues that needed immediate fixing to keep your car running safely and at a high-performance level. This model year’s main categories of concern include the engine, the seat belts and airbags, the interior accessories, and the electrical system.

The other VW Beetle problems for this 2000 model year focus on the seatbelts and airbags, with owners complaining that the airbag light stays on, the passenger seat airbag light is on all of the time, and the driver’s airbag spring coil comes undone. To fix the airbag light staying on, the typical repair cost is around $70 to fix the issue at around 125,000 miles.

The 2000 VW Beetle owners cited problems with the sticky plastic moldings on the dashboard and doors coming undone, the bubbles forming on the interior door panel, and the plastic components breaking easily in the 2000 Beetle. Although these are relatively minor VW Beetle problems, it is crucial to keep your car looking nice and stylish.

The 2001 VW Beetle problems mainly focused on the engine, electrical system, windows and windshield, and the cooling system.

The top electrical system issues from 2001 VW Beetle owners focus on the computer malfunctioning, the battery light coming on, the blinkers and hazard noises turning on, and the faulty wiring harness.

Regarding the last set of VW Beetle problems in the 2001 model year, car owners report that the window regulator goes out during use. This issue’s typical repair cost is around $300 to replace the regulator or the entire regulator assembly per each window at about 80,000 miles.

After a relatively safe year in 2002 for the VW Beetle, the VW Beetle problems came back with the following model. The main categories of concern form owners focus on the transmission and exterior accessories.

The main exterior accessories concern car owners focus on the gas cap door getting stuck, the side view mirror defrosters malfunctioning, and the trunk latch causing alarm to sound.

The next year had extensive VW Beetle problems, with the worst categories in terms of user complaints and HTSA issues being the transmission, windows and windshield, and the electrical system.

The last category of VW Beetle problems in the 2004 model year includes the belctridal system, with the battery not holding a charge, the fuse box melting, and the ignition switch melting.

The top categories of car owners’ issues in the 2005 model year focus on the transmission, windows and windshield, and the AC/heater.

The top categories of concern in the 2006 VW Beetle include the interior accessories, the transmission, and the windows and windshield.

The top categories of concern regarding the VW Beetle in the 2007 model year focus on the electrical system, interior accessories, and seat belts, and airbags.

The main electrical system issues from car owners focus on the control module failing, the ground wire harness failing, the brake lights failing, the battery draining, and the car not being able to shut down properly.

Car owners have cited many VW Beetle problems regarding the airbag light remaining on in their car during use. The most common solution is to replace the seat belt, replace the buckle, or replace the entire wiring harness at around 28,000 miles.

The 2008 model year had very few car issues, with the issues that were cited being relatively minor and requiring only inexpensive fixes. However, the 2009 model year had many complaints about the windows and windshield category.

After two years of almost no issues with the VW Beetle, the VW Beetle problems slightly returned in the 2012 and 2013 model year. Despite more VW Beetle problems, the issues were fairly minor and inexpensive, with the main categories of concern only focusing on the interior accessories, windows and windshield, and the AC/heater.

The top concerns regarding the interior accessories in the 2012 VW Beetle is the power locks not working and the seat cover trim being faulty. To fix the power locks, owners have to bring their car to a mechanic to see why the windows are malfunctioning and not consistently working.

The 2012 VW Beetle owners cited issues with the window actuator malfunctioning during use, usually very on and occurring at around 5,750 miles. This problem is not very severe, but can cause issues with using the power windows accurately and at the right time.

The last category of VW Beetle problems in the 2012 model include the car making a whistling sound at highway speed, which usually occurs very early on at just 50 miles on average.

Regarding the 2019 VW Beetle, the VW Beetle problems are still apparent 0- buy the pros might outweigh the cons in this model year.

The pros of the 2019 VW Beetle include the smooth ride and comfortable interior, composed handling, and user-friendly infotainment system that is easy-to-use and straightforward.

The cons, or the VW Beetle problems, include the slow-shifting during automatic transmission, subpar fuel economy when compared to the competition, hard plastic and cheap interior in the cabin, and lack of advanced safety features.

Despite the negatives of the VW Beetle, the company did add some new features of the 2019 model year. VW added blind-spot monitoring, rear cross-traffic monitoring, dune trim discontinued, and other interior features to enhance the quality.

Even With the new features added, the prevalence of VW Beetle problems might outweigh the positives. This car did earn the #4 ranking in 2019 Affordable Convertibles, #8 i Used Subcompact Cars $15K and up, and #10 in 2019 Subcompact Cars. However, it earned less favorable rankings in the Used Convertibles $15K to $25K category, along with the 2019 Affordable Small Cars and Used Small Cars $14K and Up category.

By knowing the worst and most common VW Beetle problems that you may find in various model years, you can buy the right car for you and your family. If you realize that you have one of the worst model years, you may consider selling your car instead of continuing to drive an unsafe hunk of junk.

If this is the case, consider selling your junk car to Cash Cars Buyer! Cash Cars is a reliable, trustworthy, and professional company that can purchase your junk car anywhere – and we mean anywhere.

We can come to your house or office – wherever you keep your scrap car – saving you money on the towing costs of other junk yards or dealerships, and making it as easy as possible for you and your hectic schedule.