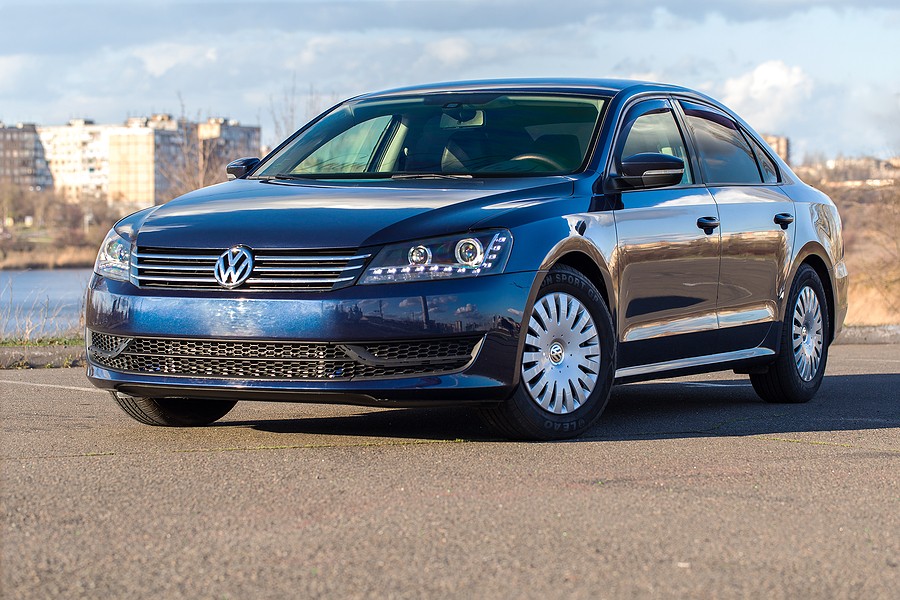 Regarding the Volkswagen Passat problems, the model years with the highest incidence of problems usually occur between 2001-2006, with 2003 often considered the worst model year due to the overall complaints. However, 2002 is sometimes regarded as the worst year due to the severity of the issues, high repair cost, and more lower mileage problems.

Let’s go over the worst Volkswagen Passat problems so you can avoid the model years with these severe issues. Avoiding these Passat years can help reduce your overall repair and replacement cost, keeping expenses low and keeping your car running for a long period of time!

The second worst problem is in the 2003 Passat, which deals with engine failure from overheating at around 80,000 miles. This severe problem costs around $2,800 to fix in order to keep your car working at an optimal level.

The worst problem out of all of the Volkswagen Passat problems is the oil sludge, causing engine failure in the 2002 Passat, costing $2,800 to fix at around 92,000 miles.

The 2001 Volkswagen Passat’s main complaints deal with the engine, cooling system, and the electrical system.

The top concerns in the engine deal with the oil sludge in the engine, the engine light turning on, the engine blowing after use, and the timing belt and chain tensioner breaking prematurely. To fix the engine’s sludge, the typical repair cost comes to around $1,300 to de-sludge the engine at nearly 101,000 miles.

The following model year had similar Volkswagen Passat problems, with the top complaint categories focusing on the engine and the interior accessories.

The top engine concerns focus on the oil sludge causing engine failure, the stop oil pressure light coming on, the ignition coils failing, the motor mounts leaking, the oil pump failing at low mileage, the engine making a rattling noise, and the wastegate failing. The typical repair cost is very expensive to fix the oil sludge, totaling nearly $3,000 to replace the engine or remove the oil lift tube on the pump.

The main concerns in the interior accessories category involve the garage door opener remote falling out, the accelerator sticking, the glove compartment handle breaking off, and the intermittent door lock failing. To fix the garage door opener issue, the typical repair cost comes to around $520 to replace the visor at nearly 64,000 miles.

The 2003 Volkswagen Passat problems are often considered the most severe and the most common, resulting in numerous complaints about the engine, interior accessories, brakes, and the AC/heater system.

To fix the engine failure from oil sludge, the typical repair cost comes to around $2,850 to replace the engine at nearly 80,000 miles in most cars.

The top concerns with the interior accessories category focus on the seat heaters getting too hot, the seat heating coil burning the seat, the cruise control failing, the door ajar alert not working correctly, the garage door button falling, the horn honking intermittently, and the interior peeling off.

The main brake concerns focus on premature brake wear, warning light and chimes coming on, the brake pedal needs to be pushed too far, and a loud squealing noise coming from the brakes. The typical repair cost for the premature brake wear comes to around $450 and occurs at around 23,000 miles.

The 2004 model year’s top concerns include the engine, the cooling system, and the body and paint.

After a relatively quiet year in terms of Volkswagen Passat problems in 2005, the 2006 model year had a higher incidence of problems that needed to be addressed by car owners. The main categories that caused concern dealt with the engine, the electrical system, and the fuel system.

Regarding the electrical system, the main issues from owners include the car not being able to start, the car battery dying, the car losing voltage due to the faulty modules, and the ECM not working correctly. The main solution for the car not starting is to fix the computer by bringing in your car to the mechanic, where the typical repair cost will usually be around $1,000 to fix at nearly 76,000 miles.

The top concerns from Passat owners about the Volkswagen Passat problems in the 2006 model year feature the fuel system, with the car losing power, the engine jerking and shaking, and the fuel leaking. To fix the car hesitating and losing power, the most common solution is to replace the fuel pump assembly and regulator, costing you around $1,000 to fix at around 76,000 miles.

The 2006 year was the last time that the Volkswagen Passat problems were severe and required extensive fixes. After the 2007 model year, the only year that had more extensive issues was the 2013 model year – the years between 2–7 and 2012 were relatively safe and high ranking in terms of performance and safety.

The main category of concern regarding the 2007 Volkswagen Passat problems was the engine. The car experienced timing chain failure, check engine light coming on, engine failure, ignition coil failure, and the injector failure. The typical repair cost is very expensive, coming to around $4,900 to replace the oil pump and timing chains at around 98,000 miles.

After a few years of favorable scores in performance and lack of severe Volkswagen Passat problems, the 2012 model year had an upswing, with users concerned about the electrical system, engine, and transmission.

The top issues with the electrical system in the 2012 Volkswagen Passat is the low-pressure tire light coming on, the clock spring failing, the battery draining, the electric mirrors not working, the key not in range, unintended acceleration, and the sunroof switch not working. The typical repair cost to fix the low tire pressure light is very easy and inexpensive for owners, with the most common solution being to hold the tire pressure switch and reprogram the radio.

The last model year with any real problems that needed immediate fixing was 2013, with owners citing numerous Volkswagen Passat problems about the interior accessories, steering system, and the fuel system.

The interior accessories’ main issues include the navigation unit being slow to respond, the door lock not working, the charging ports not working, and the seat frame cracking.

The main concerns from 2013 owners about the fuel system feature premature pump failure, the heating element failing, fuel pressure systems failing, and the fuel tank flap sticking in the locked position. The most common solution is to replace the fuel system at around 51,000 miles to fix the fuel pump failure.

The negative of this model year of the Passat includes a lack of fuel economy, basic infotainment system, and low-rent cabin materials that look cheap and non-luxurious. However, the Passat added a new interior, boost in engine torque, and additional features in their 2020 model to help relieve some of the Volkswagen Passat problems.

As you can see, the Volkswagen Passat problems skyrocketed during a few model years, making these unsafe choices to drive. If you avoid these models, like the 2002 and 2003, you can choose a reliable car that has ample trunk space, a comfortable ride, and spacious seats.