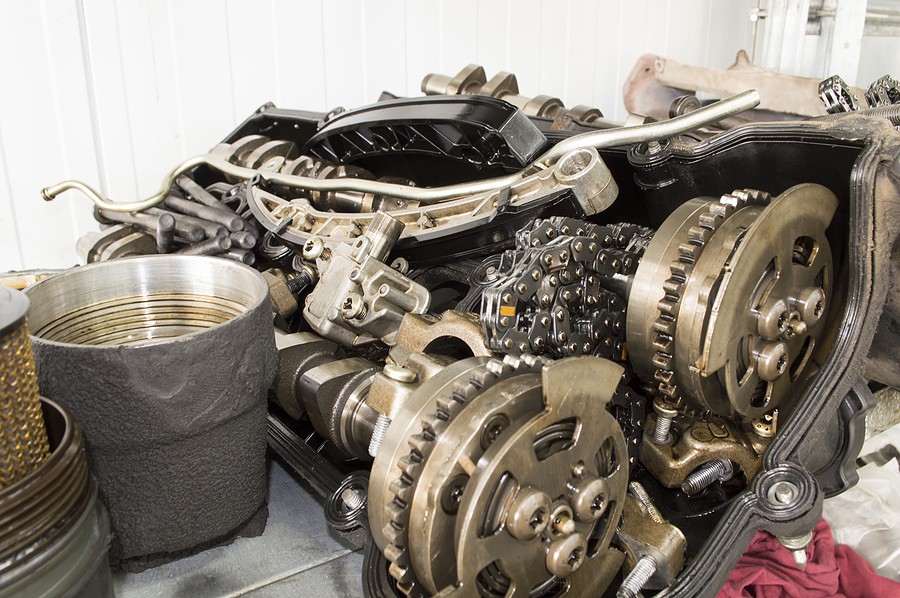 The valve cover gasket is an important part of your car’s fuel system that goes over the top portion of the engine cylinder head. This gasket prevents any oil or fuel from leaking out of the engine as it travels around the camshafts, rockers, and valves. The cover gasket is also in charge of sealing off numerous spark plug ports to keep them protected and prevent spark plug fluid leaks.

In the majority of modern cars on the market today, there are two main types of cover gaskets that you will find in cars – either liquid gaskets or formed rubber gaskets. The type of gasket you have in your vehicle is determined by the type of material used in the formation of the valve cover gasket and how much pressure it puts on the seal it covers.

The valve cover keeps the gasket compressed, which prevents leaks, being the cover gasket’s overall job in the car. Over time, however, the gasket can become faulty and damaged due to the high amount of engine heat or the bolts loosening over time, causing the gasket to become brittle and cause an engine oil leak.

Let’s see the signs of when you should replace a valve cover gasket and how to recognize the issues in your car.

As with most problems in a car, if you let it sit for longer, it can negatively affect other parts of your vehicle, so it is best you address the issue right away. Thankfully, with this type of problem regarding your valve cover gasket, many symptoms will show themselves as the issue is getting worse – like the ones below.

Causes of the burning smell

In addition, oil can accumulate inside the spark plug well, which can cause a burning smell. Since the spark plug seals are a huge part of the valve cover sealing system, if one of these leaks, you will then see the oil on the spark plugs or wires, requiring a replacement of the tube seals, increasing the total valve cover gasket price you will have to pay.

Lastly, oil leakage can occur at the rubber grommets, which is where the bolts holding the valve cover attached to the cylinder head are connected.

When you have an oil leak in your valve cover gasket, this, therefore, means that you will have less oil available to burn or use in your engine for driving. This will cause more friction inside the engine with the engine’s moving components since the oil won’t be there to lubricate the mechanical process and cause more heat buildup.

If there is too much heat generated within your engine without enough oil, it will cause the engine to overheat. This engine overheating process could damage the engine parts to the point where you would need a full engine replacement, costing a lot more than just the valve cover gasket price that you will have to pay.

Possibly the most noticeable low engine oil symptom that most drivers and passengers notice is the oil warning light flashing on their dashboard, indicating there is a problem you need to take care of immediately. This suggests that you have low engine oil since there is not enough oil in your engine to run the car and power the vehicle to drive on the road.

Another noticeable sign of low engine oil symptoms is knocking noises and loud sounds coming from your engine. Since these sounds will be very noticeable to everyone in the cabin, this is a symptom that is easy to recognize before the problem gets any worse. You will only see this low engine oil symptom if there is no correct oil level in your car, so you need to get it fixed right away.

If you need to confirm your car has low engine oil levels, then a dipstick test can help put your mind at ease and figure out the cause of low engine oil symptoms. Ensure that your engine is turned off and has cooled before you do this test to prevent any hot oil from coming in contact with your skin.

If you have a low amount of oil within your engine, then another problem besides ending overheating will also be that the dashboard warning light might come on that you don't want to see – the Check Engine warning light. Be sure that when this light comes on, you figure out the direct cause of the light illuminating since this light can come on for many reasons.

Your check engine light might not necessarily mean that you need to pay to fix the valve cover gasket price, but you should do some research to figure out what reason it came on. The light would come on due to oxygen sensor failure, Catalytic converter failure, spark plug, and ignition coil issues, bad spark plug wires, mass airflow sensor failure, issues with an aftermarket alarm, vacuum leak, dead battery, and the valve cover gasket being damaged.

Causes of a Dirty Valve Cover

If you notice that your valve cover is dirty, then this means that oil is leaking out of the valve cover gasket due to a damaged cover and that you will need to replace the gasket. Replace the gasket first, and then continue with changing your oil in the car.

If you do not feel comfortable doing this yourself or want a second opinion, go to a professional mechanic shop and have the service person do the oil change and the gasket replacement for you, even though this will increase the valve cover gasket price.

How To Replace A Valve Cover Gasket

On other modern cars that contain more powerful engines that are six or 8-cylinders, you might have to remove the air intake plenum. The intake plenum is part of your vehicle’s intake manifold that contains various individual tubes called runners, all of which extend out of the plenum.

Next, the mechanic will finally install the new gasket. The new valve cover gasket is installed in tandem with a new rubber grommet under the retaining bolt heads to keep the bolt heads in place. The mechanic will often replace the spark plug tube seals and add oil-resistant room temperature vulcanization, or RTV, to the segments of the sealing surface to make sure the seal is complete, secure, and can hold the cover on securely.

The cover is then bolted back on and all of the other components that were previously removed to access the valve cover are reinstalled in their same spot, ensuring that all of the components are back inside.

Lastly, the mechanic will check for leaks to make sure the replacement process went well. He will perform a visual check for any oil leaks while the car engine is running. If the problem persists, this could enhance your total valve cover gasket price, as the mechanic will have to go back in and see what is wrong with the car.

To better understand how much you might have to pay for the valve cover gasket replacement on the market today, we have included some sample prices for having the repair done on some of the more popular car models that are owned today. Even though the cost can change depending on where you have the work done and what mechanic you use, if you use one at all, this will provide a little more of an idea of how much you can expect to pay for the valve cover gasket price.

The more expensive options are still not going to break the bank, but they are more expensive than these cheaper prices. For example, the Nissan Altima costs a lot more in terms of labor, with the price ranging between $181-$230 just for the mechanic’s fees, while the parts are just $34-$45, with the total being between $215-$276.

Despite the gasket being relatively inexpensive, generally between $10-$40, the installation prices can vary greatly within the make and model of your car and the price charged by the mechanic. However, in the grand scheme of things, the total cost for the valve cover gasket price is relatively low compared to other heavy-duty repairs and replacements.