Types Of Car Engines – Everything You Need To Know! 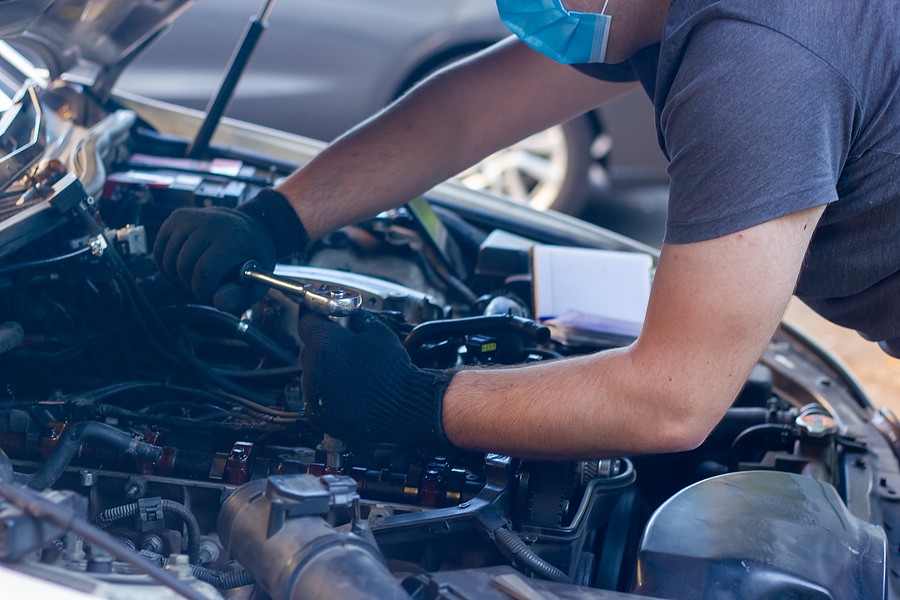 There’s a battle raging for the heart of the American motorist. This battle is being waged in the engineering departments of every brand of vehicle sold in the United States today. Since there are no fewer than 50 automotive brands sold on our shores alone, manufacturers do their best to inject their own spin on the most important part of a vehicle: the engine. From ultra-high horsepower supercars to fuel-sipping economy vehicles; there are incredibly diverse options for the type of car engine that could be powering your current or future family vehicle.

So what is the type of car engine that’s under the hood of your car? Here are the main variants:

This article will go into detail and explain the different types of variants underneath each of these main categories. There’s a ton to unpack here, so let’s jump right into it!

The most common type of car engine is the gasoline-powered engine. In simple terms, gasoline engines are internal combustion machines that utilize a series of controlled explosions, fueled by gasoline, to propel a vehicle forward. How they accomplish this basic task comes down to the ultimate goal of the vehicle. That is to say, high levels of performance, high levels of fuel economy, or a mix of the two mediums.

All the activity in internal combustion, gasoline-powered engine happens inside the combustion chambers or cylinders of the vehicle’s engine. When you hear terms like “V-6” or “V-8” referencing a type of car engine, this refers to the cylinder count of the engine and the orientation of those cylinders within the engine itself. In general, more cylinders means more power. More power means more fuel is utilized, unless, consumption is mitigated by additions like a turbocharger or a supercharger.

In the 1950s and 1960s, engines were much larger compared to vehicles with a similar cylinder count today. Cars of this era were heavy and thus needed big engines with high levels of displacement to motivate them. Displacement is either referred to in cubic inches or in liters. These volumetric measurements are the sum of the volume of each of the engine’s cylinders. To put it more simply, if you were to fill the cylinders of a 5-liter engine with water, it would require 5 liters to do it. The larger the cylinder, the more fuel it can hold and the bigger the explosion will be. Engines as large as 7.4 liters were common in everything from muscle cars to pick up trucks! These were huge engines and they produced huge power.

Modern vehicles have a wide variety of electronics, sensors, and body bracing structures that are found under the hood. Space is at a premium in smaller vehicles, especially ones that utilize front-wheel drive to put the power to the pavement. Manufacturers employ a variety of cylinder orientation designs so their engines are easy to maintain, safely packaged, and thermally efficient.

The “V” type of car engine is utilized to package larger engines into smaller engine compartments. Cylinders are oriented in the shape of the letter V, with even amounts of cylinders on each side of the engine. Cylinders fire off in alternating sequences and motivate the crankshaft on a common plane. The cylinders can be 90 degrees, 45 degrees, and so on. Depending on packaging and performance goals, these engines are incredibly flexible for a variety of high-performance applications.

This is the ideal configuration for most engine designs due to its balanced nature. However, since the design of an inline engine is not compact, it typically has two applications. Most commonly, inline engines are utilized in the economy vehicles of the world that utilize 4 cylinder power. Since cylinder count is low, the overall engine size remains compact enough to fit under the tiniest of hoods. On the other side of the coin, the inline engine tends to be found in applications with high-performance goals. BMW, for example, exclusively utilizes the inline engine on its high-performance cars and SUVs. Economic operation is a secondary thought and these vehicles are often rear-wheel drive, which leaves more room under the hood than vehicles utilizing a front-wheel-drive layout.

Rather than utilizing a V shape or arranging the cylinder in a straight line, the flat or boxer engine lays the cylinders down on their side. Boxer engines got their nickname because the cylinders look as if they’re boxing each other during operation. These engines offer a very low center of gravity since their components are spread out vs. standing upright. The only two manufacturers to utilize the boxer engines are Subaru and Porsche. They can be basic 4 cylinder designs like those found in Subaru products, all the way on up to the fire-breathing twin-turbo powerplants in Porsche 911 sports cars.

Every engine needs oxygen in order to complete the combustion cycle and there are two ways that an engine can accomplish this task. First, is natural aspiration. This is your traditional engine design, utilizing a set of intake/exhaust valves to move air into and out your vehicle’s combustion chamber. Smaller displacement engines utilize high-efficiency valve designs that allow your engine to achieve its maximum horsepower at high engine speeds. This is often why 4 cylinder power plants need to be pushed hard to achieve the maximum acceleration.

The alternative to a naturally aspirated engine is forced induction, which is accomplished with turbochargers and superchargers. These components compress and cool the air being delivered into your engine so that the combustion process is amplified. This principle is similar to how jet engines work. Modern vehicles utilize turbocharging to achieve both high performance and maximum fuel economy with ease.

For all intents and purposes, the future of engine design with regards to gasoline motors will be turbocharging.

Diesel engines run the gamut from semi-trucks and trains to basic economy cars. Diesel fuel is a highly reactive fuel variant that would be the standard in vehicle design if it wasn’t for one thing: emissions. Diesel engines are powerful, incredibly fuel-efficient, and remarkably durable but they don’t burn their fuel as cleanly as gas engines do. In the last decade, there have been remarkable advancements in diesel design, and manufacturers like Mercedes – Benz have produced diesel engines that are on par or below the emissions output of comparable gasoline powerplants. These engines are low RPM, high torque units that can positively sip fuel. They also utilize forced induction (turbochargers) to achieve these results.

The future of electrification is here to stay. Technically, electric cars do utilize a powerplant to propel the vehicle forward, although the engine is remarkably simple compared to its internal combustion counterparts. Essentially, electricity from powerful batteries is channeled through powerful magnets that rotate a shaft and thus drive the wheels of the vehicle. These motors have instant torque and instant horsepower that allow for thrilling acceleration that does not use a drop of gasoline. As battery technology advances, we will see this technology become cheaper and more widely available. This is quite frankly, very exciting.

The answer to his question is that, frankly, it depends.

In an ideal world, we would all have access to electric vehicles that would provide thrilling performance and never use a drop of fuel. The reality of today and the foreseeable future is that gasoline and diesel engines are the standard for most drivers. If you’re looking for something to commute to work and still carry your family, a vehicle utilizing a turbocharged, inline, 4 cylinder engine will do a great job. If you’re a truck buyer, options like Ford’s Ecoboost engine family offer V-6 engines with the aid of turbochargers to produce horsepower and torque figures that are on par with V-8 engines while utilizing much less fuel. Whatever the situation, there’s an option for you.

If you’re ready to get rid of your old, gas-guzzling, oil burner; we can help. Rather than go through the hassle of selling your vehicle on Craigslist or getting taken advantage of by trading it in, let the experts at Cash Cars Buyer make it easy for you to get the maximum cash today. All you have to do is visit Cash Cars Buyer to get a free, no-obligation quote. If you like your offer, one of our appraisers will set up a time to come verify information, perform a brief visual inspection, and put cash in your hand. That’s right, same day cash! There’s an amazing world of newer vehicles out there for you, let Cash Cars Buyer help you make that happen.

PrevPreviousHow To Sell A Car To A Friend – What Should I Write When Selling My Car?
NextWhat Is The Cheapest Place To Get An Oil Change?Next