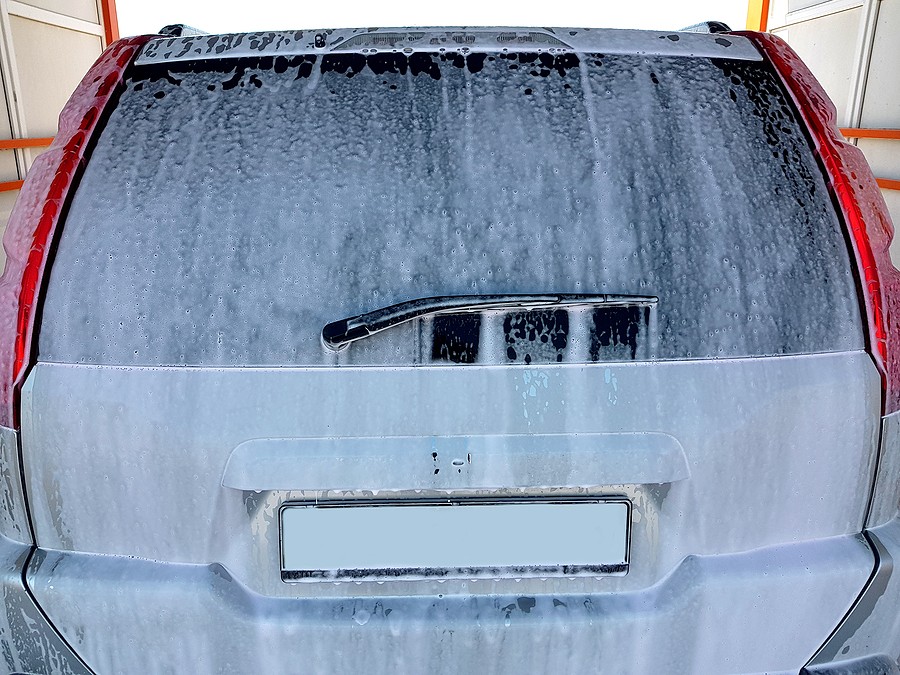 The last thing you want to experience is water in the trunk of your car. There is a rubber seal around your trunk lid that's meant to ensure nothing gets in there when it's raining or you're giving your car a wash. Unfortunately, sometimes things get damaged and you'll find that you have a leak in the trunk of your car. It's more than just an inconvenience although it's certainly that as well.

Water leaking into your trunk is not just annoying, it does present some danger to your vehicle that could end up costing you some money down the road. If you're finding that you have a recurrent leak in your truck somewhere, it's in your best interest to get it fixed as soon as you can before the problem gets worse.

How Does Water Get in Your Trunk?

Water in the trunk of your car is a pretty unusual problem and fortunately one that doesn't happen that often. But when it does happen it's usually not in any great abundance, but there are times when some drivers have experienced it right flooding in their vehicle. It can be as simple as just some dampness that appears from time to time when it rains, or it can get as serious as several inches of water building up in the trunk of your car effectively making it like a small swimming pool.

This is not a very common cause of leaks, but if you do have any aftermarket accessories installed in your vehicle this is potentially what could be causing the leaks. Things like spoilers or luggage racks on the trunk have the potential to cause serious leaks. This is not uncommon when people do install their own aftermarket spoilers, and you may have seen some of these before that are literally just bolted right onto your trunk, which means the bolt holes are all susceptible to seriously control those if they're not sealed. If they haven't been installed correctly, then there may be openings around bolts and other parts that weren't sealed correctly allowing rainwater to leak in.

If something like this is the cause of the leak in your trunk it's impossible to tell exactly what it  would cost to get it repaired without knowing additional details about the nature of what kind of accessory you have installed, how it was installed, and then the way it caused your trunk to leak. If you had an aftermarket spoiler installed on your trunk for instance, the fix could be as simple as using some kind of sealant around the bolts which you could do yourself for just a couple of dollars with a simple sealant from any hardware store. It really depends on the nature of the problem.

The tail lights on your vehicle lead directly into the trunk of your car in most models. If there's a crack somewhere in the plastic shell of your lights, or if they were recently worked on and they were not sealed correctly when they were reinstalled then there's the chance that you're going to get water leaking in.

If you need your taillights replaced the average repair cost is probably going to be somewhere in the neighbourhood of $75 to $180. This depends heavily on the make, model, and year of your vehicle and of course the average rates of your mechanic as well.

The lid of your trunk has a large rubber seal all the way around it. If that seal becomes cracked, worn, or damaged in some way then there is a chance that when it starts raining or you go into the car wash water will flow into the trunk as a result. Depending on the size of the damaged portion of the seal, this could end up being a considerable amount of water.

Replacing the weather stripping in your trunk is a hard repair to pin down and terms of cost. The variation from one model to the next in terms of fees that a mechanic is going to charge you for this job is quite dramatic. This could range anywhere from $100 up to over $800 depending on your mechanic and the type of car you drive.

This one is not something that a lot of drivers think of right away, but if your car has a sunroof, in many models there's actually a drain tube that runs through the top and into the trunk behind the panels to drain out underneath your car. It's a small tube and it has the potential to get clogged. If the tube gets clogged, it can end up backing off into your trunk and filling it with water. There's also the potential that the bottom of the tube from which the water is supposed to drain could get stuck or misplaced and end up draining into your vehicle instead of out of the car onto the road.

The cost of cleaning out the drainage area in a sunroof is going to range anywhere from about $125 to $200.  This depends on whether or not it's a simple clog in the tube itself, or if there is a damaged part of the line that is worn out or broken open which will require the entire thing to be replaced.

The rear windshield of your car is sealed into place by a rubber gasket that makes it watertight. If it's been damaged in some way, especially if you had any work done on it recently, then it's possible the gasket has failed or worn out at some point. It’s also possible that it is just not sealed exactly watertight. In this case water can drain through the break in the seal and follow a channel down into the trunk of your car. This can be very hard to locate as well.

If your rear windshield does need to be resealed, the cost of getting this done typically ranges between about $70 and $120 depending on where you live and the make, model, and year of your vehicle.

Dangers of Water in Your Trunk

When most of us hear that there's a leak in the trunk it sounds like a minor annoyance but nothing you really need to worry too much about. There are some serious repercussions that can happen if this is allowed to go on for too long, however. The potential repair bills that you're facing if you don't get this fixed as soon as you can could become fairly dramatic in the long run. Not to mention the fact that there are health concerns you should be aware of.

One of the most problematic side effects of having water in your trunk is the potential for mold to form. Most trunks are aligned with some kind of carpeting, so if this is continually exposed to moisture, especially in a dark environment and encourages the growth of mold. Black mold in particular is a danger to your health if it's allowed to grow for too long.

As you move things in and out of your trunk, you will aggravate the mold spores and cause them to puff up. That means you're going to be breathing them in, and black mold can cause some serious health effects. Long-term exposure to black mold can cause serious respiratory problems including chronic coughing, irritation to the eyes, sore throat, chronic fatigue, and persistent headaches.

The outside of your car is painted and treated to handle all the weather conditions. Even still, there are occasions when you'll see rust developing as a result of scratches in the finish or salt and so on. The interior of your car is not as able to withstand water because it's not meant to be exposed to water. Over time, the interior of your trunk will begin to rust if it's been exposed to water for too long. Especially if it's underneath the carpet which will maintain a high level of moisture for a long time promoting excessive corrosion.

The cost of repairing extensive rust damage in your vehicle could get very high. There's no way to estimate exactly how much it would cost to fix as it really depends on not just the make, model, and year of your vehicle but how much rust we're talking about. Some mild corrosion might be the kind of thing you can actually just sand and treat on your own without any serious repairs or even a trip to the mechanic if you're lucky. However, if this goes on for long enough you might rust straight through the trunk entirely. Repairing that kind of damage could end up costing you thousands of dollars.

One of the more unpleasant side effects of having water leaking into the trunk of your car will be the smell that begins to develop after a while. This is especially true if you live in a warmer climate as the damp carpet will begin to form mildew. Over the passage of time, you'll notice the smell seeping into the cabin of your car as well and it can be fairly off putting and offensive.

One of the worst parts about this kind of smell is that it has a tendency to not go away. Even if you clean the carpet it may still pop up again the next time any moisture is present, especially on hot humid days. That can get extremely bothersome if you're in the car for a long period of time.

Depending on the nature of the leak, and in particular how severe it is and in what part of your trunk the water is flowing through, you could run the risk of some serious electrical problems. If the water makes its way to the wiring for your taillights or your speakers It could cause a short. Additionally, some vehicles have other electrical components like the battery in the trunk. That's not uncommon in certain BMW models. If that becomes submerged in water your entire car's electrical system could potentially shut down.

The cost of replacing a battery in your car is not too great, but the inconvenience of the entire electrical system shorting out because your trunk flooded would be great. Not to mention that you're likely going to have to pay for a tow truck to get your car to a mechanic to get it repaired.

Water in your trunk is one of those unexpected problems that pops up in a car from time to time. It's not a normal malfunction that can be easily traced to a specific part that isn't working the way it's supposed to be working. When it does happen, it may take a little bit of Investigation to figure out the nature of the problem because it is such an unusual problem.

While it does present itself as something very annoying, you can't underestimate the potential damage that can also be caused by having a leak that gets into your trunk. From the issues with smell and more which are dangerous to your personal health and well-being as well as those as those of the passengers in your vehicle to the damage that can cause if it's allowed to sit for too long and jeopardize the electrical systems or the structural Integrity of the car due to corrosion, it's clearly a big problem.

You may be tempted to let it slide if it's just a little bit of water that you notice in your trunk, especially if it's difficult to suss out where it's coming from at first as is usually the case when water starts leaking into the trunk of an automobile. As we've seen though, it's in your best interests to get this fixed as soon as you can to save yourself some headaches down the road.