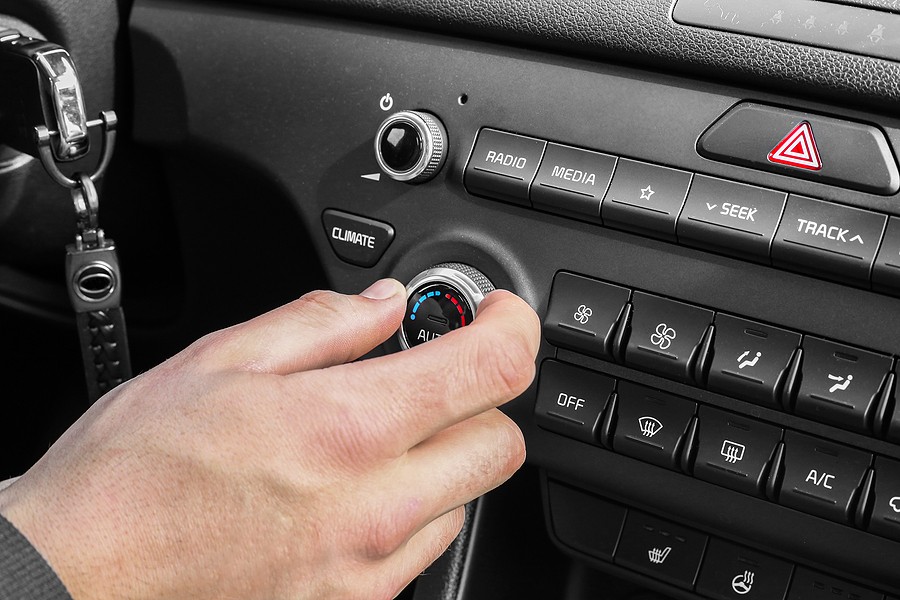 They are also electro-hydraulic valves that control the flow of transmission fluid throughout the transmission. They open and close according to the electrical signals they receive from the vehicle’s engine or transmission control unit. They work based on data from a series of speed sensors located in the engine.

The lockup solenoid -It's an electrically operated valve in an automatic transmission, which is controlled by the car's computer. When the computer sees it effective to lock the torque converter up solid, the solenoid is powered to make the transmission lock up.

Where is the transmission pressure control solenoid located?

One of the most common symptoms of a failed or failing transmission pressure control solenoid is when your automatic transmission performs erratically like a car jumping to another gear while driving.

A transmission pressure control solenoid that is failing can cause slipping in one or all gears. These uncontrolled shifts come as a result of solenoids opening or closing without having received any signal that should have come from the transmission computer. This is often caused by bad wiring within the solenoid.

When the transmission control unit in the engine sends signals to the solenoids to shift up or down, the valves open or close to allow or restrict the flow of transmission fluid that pressurizes the transmission’s clutches and bands. This mechanism allows the car to change gears.

The uncontrolled opening and closing of solenoids may also come as a result of physical breakdowns making it difficult for the solenoid to maintain proper positioning, either open or closed.

These unwarranted gear shifts may take place in either direction. The car may randomly jump to the next lowest gear, causing the RPM to suddenly spike or  jump to a higher gear resulting in the car stalling out. If left unrepaired, the friction from the slipping can end up frying the clutches and bands causing the transmission to eventually fail.

To state that the lockup torque converter can lock the engine and transmission together also isn’t entirely accurate since shifting can still happen if the vehicle has a heavy enough load. When a transmission slips while in lockup because the system is overloaded it will generate tremendous heat leading to transmission failure.

In this case, it is very important to seek the intervention of a transmission professional as soon as possible. The sudden shifts or slips will not only be stressful but also can put the driver and/or the passengers in a potentially dangerous situation.

This could result in noticeable disconcerting “gaps” between one gear and another and could even feel like your vehicle has lost its power completely at such times, as the sluggish solenoids struggle to get into their new positions.

Another common sign of a faulty solenoid is a transmission that is able to move smoothly upward from gear to gear but cannot shift back down. In short, you will notice odd behavior only when decelerating, and not while accelerating.

Do not be deceived as the absence of all the symptoms above is not an assurance that everything is okay. Sometimes a sign of a problematic transmission pressure control solenoid is also an illuminating check engine light with little to no other symptoms.

A bad transmission solenoid will set a diagnostic trouble code (DTC),  causing the check engine light to illuminate.  In this case, an On-board Diagnostics OBD-II scan of your car’s computer will give information indicating a faulty solenoid. The DTC explanation will indicate that the issue may be an open circuit in the electrical system of the transmission.  So always check the solenoid to verify its condition before replacing it. DTC has codes specific to transmissions and solenoids.

The shape and variety of solenoids found in modern transmissions change with every new car model. In every rebuild, the solenoids should either be verified or tested for proper operation or replacement. Some mechanics choose to just replace all the solenoids on the valve body. That only makes sense as the replacement solenoids on some car models are fairly cheap. But for other models, the solenoids can be expensive so it makes it worthwhile to test and replace only the ones that are worn or faulty.

When you want to test a solenoid, do it with a hydraulic solenoid testing machine with specific adapters for each solenoid because it is by far the most accurate way to do the testing. And you don’t have to worry about how to go about it as most of these machines come with documentation to guide you through the whole testing process.

How do you change a transmission pressure control solenoid?

The cost of replacing a bad transmission pressure control solenoid varies by car make, model, and year.  Other factors that also influence the cost also include who will do the work, like if it will be an auto repair shop, a car dealership, or if you will do-it-yourself. If you decide to do it yourself, where you decide to purchase the replacement solenoid will also influence the price.

Can I drive with a bad solenoid?

The fluid pressure control will still be able to continue to function in the gear with a functioning solenoid, but putting any serious stress on the transmission like carrying a heavy load or drag racing should be avoided. All of this is under the assumption that your particular transmission doesn't use a solenoid to engage the first gear, as well as the first gear solenoid, didn't go bad. But if it did go bad, then you will know right away because the car wouldn't move.

How do you fix a stuck transmission solenoid?

A stuck transmission pressure control solenoid will cause difficulties while shifting gears or worse complete inability to shift gears. You might be annoyed and start trying to force the vehicle into gear,  but best to stop it as you might just end up with even more damage to your transmission. To avoid any such condition the issue should be addressed as soon as possible. Following these repairs and replacements steps may help you to fix the issue of a stuck transmission solenoid.

Next to a vehicle's engine, the transmission is one of the most important and expensive internal components. With that, it is wise and important to be educated of the signs that something may be wrong with your transmission pressure control solenoids. Again, it is not only a matter of replacing it for stress-free driving but also for safe driving.