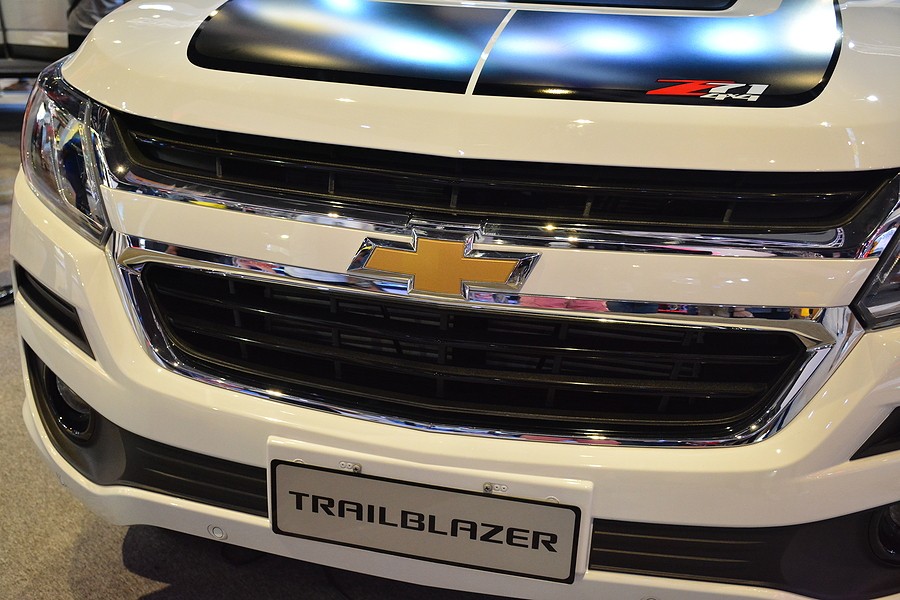 Despite being a popular and wide-selling vehicle, there are manuresports of pwners staing their Trailblazer won’t start. Car owners need to know why their car cranks but won’t start, the main reasons behind this issue, the cause of the security lights on the dashboard, issues with the ignition switch, and the trailblazer intermittent starting problem.

The Chevrolet Trailblazer, also known as the Trailblazer, is a mid-size SUV produced and manufactured by Chevrolet, a specific division of General Motors. First used in the 2001 model in the United States, this nameplate is now associated with the newer version produced from 2011 until the present. Despite being a popular and wide-selling vehicle, there are manuresports of pwners staing their Trailblazer won’t start.

The first generation of the Trailblazer is based on the GMT360 truck platform, with the Buick RAinier, GMC Envoy, Isuzu Ascender, Oldsmobile Bravada, Chevrolet colorado, and the Saab 9-7X all being similar vehicles on the market.

The first generation of the Trailblazer had some reports of owners stating their Trailblazer wont start. Despite this complaint, the car had various trim levels that ranked highly in terms of popularity.

The second generation of the Trailblazer was produced from the 2012 model year until the 2020 model year. The second generation comes with three engine options, with two being diesels – one of the diesel engines features the Duramax 2.5-liter choice which produces 147-178 horsepower, and an optional Duramax 2.80liter engine that produces 178-197 horsepower. The gasoline engine option is a 3.6-liter V6 option that produces 239 horsepower and produces 270 pounds-per-foot of torque,

Engine cranking refers to your engine turning over and over without being able to power the car. The “crank” terminology comes from the “crankshaft”, which is the component of the vehicle that moves the pistons in your car. The crankshaft works together with the piston to power the vehicle, turning the engine through its cycle and sending the necessary spark to the cylinder to start the internal combustion and power the engine. If you find your Trailblazer won’t start, this is due to the crankshaft not working properly.

When you notice your Trailblazer won’t start, you need to determine what part, or parts, are at fault for this detrimental problem. If the starter won't crank the engine, then the problem most likely lies within the electrical system. A jumpstart would solve this problem of a bad battery, but there are also reasons as to why your Tralblazer won’t start.

Reasons Why Your Trailblazer Won’t Start

This is a common occurrence that most people have experienced – you get distracted and forget to keep an eye on your fuel gauge. If you run out of fuel while driving, your engine can crank but your car will not start.

However, it might not be completely your fault. Another reason your car could run out of gas is if your fuel gauge isn’t working properly. Regardless of why you ran out of gas, you should still get your car checked by a mechanic to diagnose the correct problem and figure out why your Trailazer won’t start.

The alternator supplies your vehicle with a constant stream of electricity. If your car shuts off while driving, it is likely that your alternator has gone bad. A broken alternator will cut the power to your car, signaling this information to you by a flashing dashboard light or the engine suddenly shutting off.

If you pay attention to your car, you can notice an alternator going bad over time. Your car will begin receiving an intermittent amount of power, meaning your Trailblazer won’t start continuously.

The ECU is your car’s computer in charge of the various systems and functions, ensuring your vehicle runs smoothly. This engine control module controls actuators on the internal combustion engine to ensure the engine is running at an optimal level.

If there is an issue with your car’s ECU, you can lose power in your car. Typically, you will notice the check engine light on your dash. After this light goes on, you should go to a mechanic immediately.

If you decide not to take your car to a mechanic once the light goes on, your car can accumulate more problems, meaning your tailblazer won’t start. Plus, you can’t fix an ECU yourself to save some money. Your only option is to take it to a professional mechanic to avoid your car shutting off while driving.

The ignition switch, also known as the starter switch or the start switch, controls the car – in all senses of the word. It controls your car’s main electrical systems, including the accessories, like the power windows, radio, headlights, interior cabin lights, and the air conditioning.

To perform the Trailblazer ignition test to see why your Railblazer won’t start, you need to notice any of the following faulty ignition switch symptoms:

If your TRailblazer won't start and you notice the dashboard lights come on, you need to find out why this occurs in your vehicle.

When noticing your check engine light, there are many issues that could turn on this warning on your dashboard. Although you might have figured out the problem and fixed the issue, the light could STILL be – but why?

You may find that your Trailblazer wont start due to issues with the car starting, starting and stalling, and the dashboard lights indicating further issues that can cause the intermittent turning on and off.

Drivers need to figure out why their Trailblazer won’t start to keep their car running healthy and at a high-performance level for a long period of time!