Toyota Timing Belt or Timing Chain: Everything You Need to Know 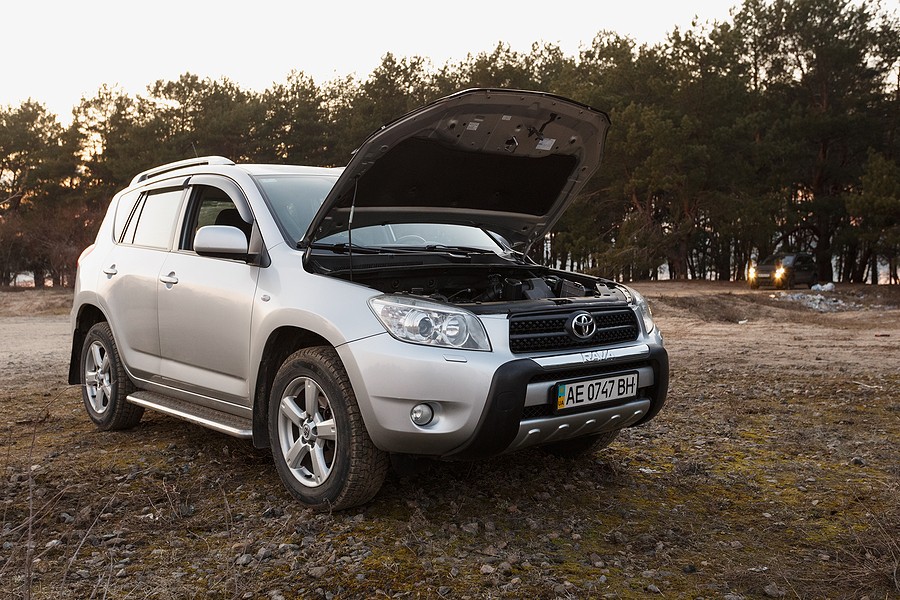 Every modern vehicle that runs on a gasoline powered combustion engine uses a timing chain or a timing belt to synchronize the movements of the engine. These belts and chains connect the camshaft to the crankshaft so that they turn in a 1:2 ratio.  That means that every time your crankshaft rotates once, your camshaft is going to rotate two times. As the crankshaft rotates, the pistons rise and fall in the cylinder of your engine, and at the same time the camshaft rotates allowing the valves to open and close.

If you have a Toyota, you may be wondering whether or not your engine runs on a timing belt or a timing chain. The difference between them is simply what they're made from rather than what they do. Both are responsible for the synchronized movements in your engine, but a timing chain is made of durable metal while a timing belt is more prone to wearing out since it's made of rubber and composite materials.

Does Toyota Use a Timing Belt or a Timing Chain?

Toyota is one of the biggest manufacturers of automobiles in the entire world. They were the first manufacturer that produced more than 10 million vehicles per year and they also have the best-selling automobile in history with the Toyota Corolla. Over 40 million Toyota Corollas have been sold. It's no surprise then that Toyota is as popular as it is. They are known for making reliable vehicles that are well-priced, safe, and fun to drive.

As popular and reliable as Toyotas are, however, they have not been without their problems, including issues related to timing belts. Toyota has produced over 200 million vehicles in the company's history so it's no surprise that there have been some problems.

This website will tell you what every model made by Toyota all the way back to the year 1990 uses, whether it's a timing belt or a timing chain. If you check out the chart, you'll see that many vehicles had years where belts and chains overlapped based on the number of cylinders in the engine. Other models would evolve into the chain over time. In fact, if you take a look at the chart, you'll see that every single model that Toyota currently makes is equipped with a timing chain under the hood rather than a timing belt. This has been so since the year 2018. Prior to that you definitely need to refer to the chart to see where your model might fit.

Timing Chains vs Timing Belts in a Toyota

Timing belts and timing chains perform the same function in your engine. The big difference is what they're made from and how long they last. The timing belt is often referred to as a rubber belt though they're generally made from a composite material. It is then reinforced with nylon threads and sometimes with metal as well. Timing chains look not unlike the chain you'll see on a bicycle and are entirely made from metal. Your timing chain can handle a lot more stress and wear and tear than a timing belt, and typically will last two or three times longer than a timing belt well.

It's best to check with your owner's manual to find out exactly how long your timing belt will last. They typically last between 60,000 miles and 100,000 miles. A timing chain on the other hand could be expected to last nearly the life of your engine. You should be able to get 200,000 to 250,000 miles or more out of a timing chain before it would ever need to be replaced. Of course you can't account for manufacturing defects or accidents that can cause something to go wrong ahead of its scheduled time, so it's never a bad idea to do routine inspections of both timing belt and timing chains to make sure they're working the way that they're supposed to.

A timing belt has teeth on the inside of the belt, little rubber notches that mesh with the gears on the camshaft and the crankshaft. This allows it to stay snug as it rotates between the two. As the timing belt wears down, these teeth can get worn down or even break all the way off. That can lead to the belt slipping away from the gears or becoming misaligned in a way that throws your timing. The belt can also stretch out over time and as it becomes too loose it will not be able to maintain the proper timing that you expect from it.

In extreme circumstances, a timing chain can also get stretched out somewhat. Obviously, it's quite a bit harder to stretch metal out, but it's not impossible. When a timing chain stretches out the same malfunctions can happen as happen when a timing belt wears out. The tension in the belt is no longer optimal and that means the timing can be thrown off. That can cause your fuel to be injected into the combustion chamber at the slightly wrong time which will in turn reduce fuel efficiency, and overall engine performance. As your timing gets worse you can end up with a number of problems raising two from the pistons in the valves opening and closing at the wrong time, to the ignition happening at the wrong time or not at all.

Since Toyota uses nothing but timing chains in its newer vehicles, it's worth knowing why there was ever a distinction to begin with. Timing belts were a product of the 1970s and the 1980s. You have to remember that there was an oil crisis for some years, as well as financial considerations that forced auto manufacturers to start cutting corners in order to make vehicles more affordable in an effort to get them to consumers at a better price as well as save money for themselves. One of these cost-cutting measures was to replace more expensive timing chains with more cost-effective timing belts. As you can imagine, a rubber belt is going to cost less to manufacture than a metal chain.

Although timing belts are well-made and built to last for a long time, they just don't have the longevity that a timing chain has and are more prone to damage. It has only been in the last few years that the pendulum has swung back in the other direction and manufacturers are again returning to timing chains. These are generally more reliable, more durable, and have a longer life span under the hood.

As we said, all Toyota models nowadays use timing chains. However, if you're curious about what an older model Toyota might have under the hood, we can let you know when Toyota made the switch so you can figure out where your vehicle falls in line.

Toyota 4Runner: Toyota 4Runners that were made between 1990 and the year 2000 have timing chains if they were four cylinder engines. The V6 versions of these used timing belts, however.

Toyota Avalon:  Until the year 2004 Toyota Avalons were made with timing belts under the hood. After that time, they switched over to timing chains.

Toyota Camry:  The Toyota Camry is one of the most popular models in North America, and  has been the best selling car in North America many different years. Between 1990 and 2001 Camrys were all using timing belts. Starting in 2002 the four-cylinder version switched to timing chains while the 6-cylinder stayed on timing belts. By 2007 all Camry models were using timing chains.

Toyota Celica: Between 1990 and 1999 the Toyota Celica was using a timing belt. From the 2000 model year onward it switched over to the timing chain.

Toyota Mirai:  The Toyota Mirai is an electric vehicle and as such it doesn't actually have a timing chain or a timing belt.

Toyota RAV4: Between the years 1996 and 2000 RAV4 has used timing belts before switching to the timing chain. For the V6 the timing chains didn't come into place until the 2006 model year. There's also a RAV4 EV model but it doesn't use a timing chain or a timing belt because, like the Toyota Mirai it is an electric vehicle.

Toyota Sequoia: The Toyota Sequoia was using a timing belt between the years 2001 and 2009. After that it switched over to the timing chain.

Toyota Sienna: Prior to the 2007 model year the Toyota Sienna V6 was using a timing belt. After that it switched over to the timing chain.

Toyota Tacoma: Tacomas with a 4-cylinder engine oven using a timing chain since 1995. The V6 version of the Tacoma was using the timing belt until the year 2004 when it too got a timing chain.

Toyota Yaris: The Toyota Yaris has been using a timing chain since the 2007 model year.

Even though all recent versions of Toyota vehicles use a timing chain, it's clear that there is a spotty history of models and years that I've used timing belts. Knowing what your vehicle has under the hood is important to understanding how to properly maintain your vehicle. When a timing belt or timing chain fails it can cause a catastrophic engine failure. If the belt snaps while you're driving you risk serious damage to the Pistons, Valves, and cylinders. They repair costs associated with this kind of damage can get upwards of $4,000 or more. That's why regular maintenance of your timing belt or timing chain is important, as are inspections to make sure they're still in good working order.

If you're noticing the timing belt or the timing chain and your Toyota isn't working the way that it should be, you need to get to a mechanic as soon as you possibly can to get it replaced if necessary. Even though the cost of getting your timing belt replaced can be anywhere from $500 to as much as $1,000, when compared to the damage that your engine can face as a result It's about that drastic. Toyotas are some of the more affordable vehicles to get this item repaired on, for a Toyota Corolla has an average timing belt replacement cost of around $500. There's no reason to put this repair off if your Toyota needs it.