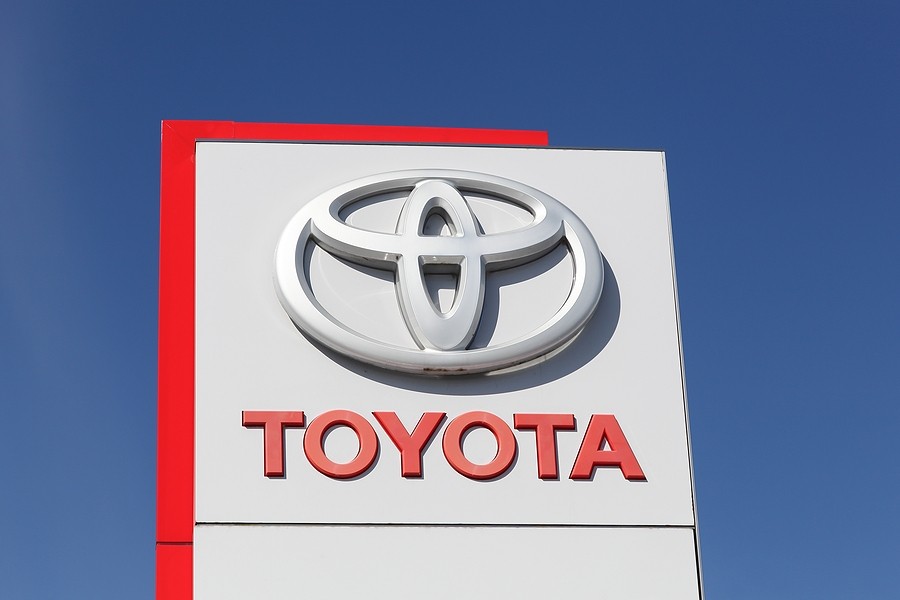 Toyota Tacoma provides an amazing balance between great durability and state of the art conveniences. However, this vehicle was plagued with many issues ranging from transmission shifting problems to severe frame rusting. If you're interested in learning more about the major flaws that Toyota Tacoma has, keep reading through this article! We will highlight the top reported Toyota Tacoma complaints by real customers.

To get a closer look at what problems Toyota Tacoma customers complained about, let's see what these two owners had to say:

The first owner mentioned that he was driving on a fire road and accidentally hit a small tree only two inches thick. Unfortunately, Toyota Tacoma's transmission did not allow the owner to do anything, and he couldn't get the truck to reverse or move in any direction.

The owner added that the “… computer took over and got me permanently stuck.”

The same owner reported the second problem with the transmission as he was trying to go up Hills. He tried pushing the foot slightly down, but the vehicle did not respond at all, and he had to “mash” the foot to get the truck moving.

The owner gave up on the truck and decided that he will get sort of it as soon as possible. He's not happy at all with the transmission considering the high reliability ranking that this truck has.

The second owner purchased a Toyota Tacoma truck that has 32,000 miles. He complained that the transmission would slip between around 30 and 55 MPH.

He took the vehicle back to the dealership and had several conversations with the mechanic and Toyota headquarters with no hope. Other than installing and no software updates, he couldn't get anything out of the dealership.

This owner gathered all three possible parties who could assist him with improving the transmission problems bought, and he ended up with no solution.

Unfortunately, this owner is at a stage where he mentioned that “…I am now in the process of writing a letter to the CEO of Toyota North America, Mr. Jim Lentz in Plano Tx.”

Although the transmission's problems above were enough for anyone to endure, many covers here about the severe body and paint problems.

Many complaints were related to coating peels and crack every time a Toyota Tacoma was waxed. Repair costs were around $3800 for most people, and these complaints were reported at the early stages of about 4000 miles.

Listen to what these two owners had to say:

The first owner of a 2007 Toyota Tacoma had only 7000 miles on it. He complained of severe issues with their overall body paint. Despite the excellent care this owner was taken off his truck, significant paint issues occurred without any previous warnings.

Unfortunately, this owner had to pay out of pocket to fix all paint issues because the vehicle was already out of warranty. Based on a quick estimate of how much it will cost to repaint the vehicle, the dealership reported that he needs to pay about $3800, which he described as “crazy!”

While the dealership tried to explain that the repaint is costly because they're using the highest technologies and best car paint, the customer was frustrated because this paint already peeled off. It doesn't show any great features.

Despite the great care this owner took off his month-old truck, he ended up with significant damage is on his clear coat immediately after he applied car wax.

This owner purchased the most expensive car wax that is considered safe for any clearcoat, and he used non scratching towels and pads. He also followed all instructions to make sure that he is applying the wax safely. Unfortunately, immediately after he applied the wax, he started seeing circles looking like “pox marks” that destroyed the truck's overall look.

Moving on to another complicated problem with the Toyota Tacoma, a decent number of complaints were reported about significant engine problems. These problems ranged from steering vibration, excessive engine noise, check engine light frequently illuminating, so engine running rough.

While no repair costs data were available, it seems like most engine problems occur early in most vehicles, starting from 2016.

This owner reported excessive steering vibration that caused hand numbing along with floor vibration. The problem occurred mostly when driving for long trips.

Steering vibration was not the only problem with this vehicle, the owner reported changing the rear leaf Springs, rear drum brakes, and all the tires to resolve the problem, and still, no hope.

The owner was extremely frustrated with this vehicle and added, “I hate this truck and feel ripped off completely. I wish Subaru made trucks.”

The second Toyota Tacoma owner reported that she purchased this vehicle brand new and noticed significant vibrations in the steering wheel and the footwell around 2100 RPMs.

She took her vehicle to the dealership, and their technician mentioned to her that this is a very common problem with this truck, and they have nothing to do to help her.

They advised her to touch with Toyota directly and discussed the problem, hoping to redesign the transmission and the engine completely.

The owner was not happy with the response and mentioned that this is “completely unacceptable,” and Toyota must immediately take care of the problem.

Despite these problems, the owner mentioned that this vehicle still fits her needs and is overall nice. She is worried about trading it in because she will lose a lot of money and added, “… if this is not fixed, I will NEVER buy another Toyota again.”

Toyota Tacoma Problems – Worst Model Years to Stay Away From!

According to carcomplaints.com, while the 2016 Toyota Tacoma model year received the most reported complaints of 171, they considered the 2017 model year as the worst because of high repair costs and other factors.

The biggest reported problems about both years were related to hard transmission shifting around 5000 miles. They both also experienced accelerators sticking, which cost about $6500 to get repaired. Lastly, coating peel was another big one for significant tourism, problems costing about $3800.

Despite the significant effort Toyota put into solving the Tacoma problems, and there were still a couple of recalls. Let's take a look at the most recent Toyota Tacoma recalls.

For example, both 2018 and 2019 Toyota Tacoma model years were recalled for issues with the fuel pump. This fuel pump might fail to cause engine stalling—all affected vehicles needed to reach out to the dealership and get the necessary repairs free of charge.

Several vehicles from the 2019 Toyota Tacoma model year were recalled due to issues with loading capacity. These vehicles had a modified Golden State Toyota capacity Label that was overloading the vehicles. All affected vehicles were recalled and got an updated label with no charge.

Toyota also released another recall for 2016 and 2017 Tacomas due to issues with engine stalling. They mentioned that the vehicles were equipped with a faulty crank position sensor, which needs replacement to enhance the design—all affected vehicles were recalled to get the problem resolved free of charge.

Is your Toyota Tacoma giving you a hard time with the significant transmission, engine, or body paint problems?

So what if you have a Toyota Tacoma and you notice that repair costs are piling up? Is it worth getting it fixed?

Well, you can answer this question by asking yourself a couple of helpful questions:

By answering any of the questions mentioned above with a yes, you must not spend any money getting this vehicle repaired.

At this point, it's recommended that you sell your Toyota Tacoma and use the money as the down payment for a better vehicle that doesn't get you into any hassle.

There are several ways to sell your Toyota Tacoma, even if it has significant damages. You could sell it to a private buyer, dealership or junk it.

Remember that any private buyer would be more interested in buying a perfectly running vehicle to drive it immediately. Also, dealerships might not pay you the most cash you are looking to help you make up some of the money you invested in this vehicle.

How about a better alternative?

While private buyers and dealerships might not be extremely interested in your vehicle, we got a third option for you!

Did you know that our company is a junk car removal company interested in purchasing any vehicle despite its type or condition?

We guarantee to purchase your Toyota Tacoma despite any significant problems in the engine, transmission, body, etc.

We will not only pay you the top dollars for your Toyota Tacoma, but we will also take care of all towing without charging you a penny. We will come to your house or office and pick up the vehicle free of charge on weekends, evenings, or the same day if you are interested.

Here is how our process works:

If you decided to move forward and sell your vehicle tool or a company, all you need to do is to follow these simple three steps:

For example, we need to know what type of Toyota Tacoma do you have and what model year along with mileage and other important basic information.

We will ask you simple questions about your Toyota Tacoma's overall condition so we can evaluate and provide you with a valid offer.

Once we receive your vehicle's information, we will process it with our team and provide you with an instant offer that usually takes a couple of seconds.

Our team uses the most advanced technology that allows us to do the evaluation process within seconds.

At this point, we ask you to take as much time as you need to think about the offer and see if it makes sense. Once you're happy with the offer, we can proceed and coordinate the pickup time and location that works with your busy schedule.

At the pickup time and location, one of our local car removal specialists will meet with you and inspect your Toyota Tacoma to make sure it matches the information we have in the system.

After that, he will hand you the cash payment immediately on the spot!