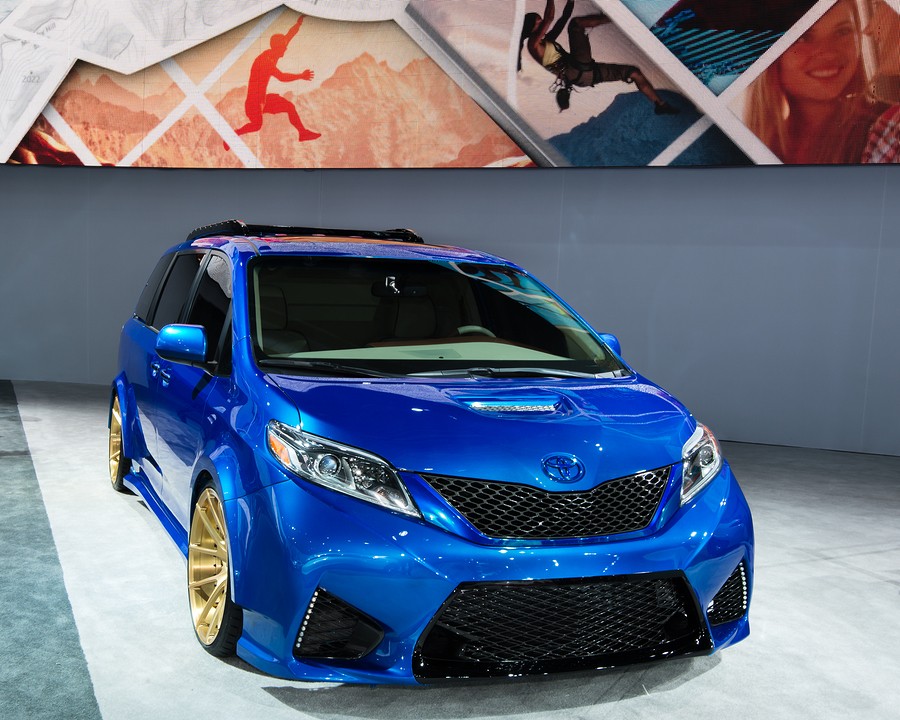 Over the course of the last decade, minivans have become a lot less popular than they used to be. Back in 2009, about 4% of all the vehicles sold were minivans. But today, that number has dropped to just 2.5%—and it doesn’t appear as though minivans are going to be able to regain their footing anytime soon. Crossover SUVs have stepped in and stolen the spotlight from minivans, and they don’t look like they’re going to give it back anytime soon. That might make it seem silly to have a Toyota Sienna vs. Honda Odyssey debate in 2020.

But even with all of that being said, it’s worth noting that the Toyota Sienna and the Honda Odyssey remain two of the most popular models for those who are searching for minivans. They offer a wide variety of features that you won’t find in other minivans, which is why you should consider both of them if you’re in the market for a minivan right now. You should learn about the pros and cons associated with each of them so that you can choose the right model based on your specific needs. Let’s have the 2020 Toyota Sienna vs. Honda Odyssey debate below to see which of these two minivan models reigns supreme.

If you’re thinking about purchasing a minivan, there’s a good chance that you’re not doing it because you’re blown away by the engine inside of it. But that doesn’t mean that you shouldn’t spend some time considering what’s going to be under the hood when you invest in a minivan. We’ll spend a lot of our time talking about the inside of a minivan when discussing the Toyota Sienna vs. Honda Odyssey debate, but to start, we want to talk about the performance that you’ll get from each vehicle.

As we just explained, there is no clear winner as far as performance is concerned when you’re debating Toyota Sienna vs. Honda Odyssey. You’re going to get almost the same amount of power from each of the two minivans when they’re out on the road. But there is some separation between the two minivans when it comes to handling.

The Toyota Sienna is capable of providing you with a smooth ride when you drive it over most of the surfaces that are out there. It’s also able to handle most turns and curves and is not difficult at all to drive. But Honda has long been heralded for the handling capabilities of its vehicles, and you’ll be able to tell when you’re driving a Honda Odyssey. The Odyssey handles like a car half its size in most cases and exhibits very little body rolls compared to most other minivans its size. That makes it the clear winner in the handling category when matched up against the Sienna.

The coronavirus has caused fuel prices to plummet in most parts of the country in recent weeks. There are actually some places that are seeing fuel prices fall to well under $1, which would have been unheard of as recently as earlier this year. But still, you shouldn’t sleep on fuel economy when you’re arguing Toyota Sienna vs. Honda Odyssey. Fuel economy is going to be very important to you when the fuel prices start going back up again.

Most of the people who purchase minivans do so in order to accommodate their growing families. They need something large enough to fit all of their kids and pets comfortably. More importantly, they need something that will fit their entire families and keep them safe in the process. And fortunately for you, both the Toyota Sienna and the Honda Odyssey can do this without a problem.

According to the National Highway Traffic Safety Administration, both the Toyota Sienna and the Honda Odyssey have earned five-star ratings for safety. They’re both excellent options for those who want to ensure that their families are safe when they’re inside of them. But there is one tiny difference between the two that you may want to keep in mind with regards to safety. The Honda Odyssey earned five stars for front passenger side safety, while the Toyota Sienna only earned four stars in that category.

But that doesn’t mean that the Toyota Sienna should be slighted when it comes to safety since it includes a number of safety features, including adaptive cruise control, lane keep assist, and lane departure warning, standard. The Odyssey, meanwhile, only includes a rear-view camera standard and forces people to opt into buying a minivan equipped with the Honda Sensing Suite to get many of the features that come standard in a Sienna. That might actually put the Toyota Sienna on top in the safety category by the slimmest of margins, even though both the Toyota Sienna and Honda Odyssey are about as safe as it gets in terms of safety.

Things like performance, handling, fuel economy, and safety are obviously all important when arguing Toyota Sienna vs. Honda Odyssey. But let’s be real: If you’re considering buying one or the other, it’s the interior of the vehicle that’s probably going to matter the most to you. So let’s touch on the interior quality of each minivan at this point.

The Toyota Sienna has a visually-appealing interior that consists of a variety of high-quality materials. There won’t really be much that you’ll have to complain about when you buy a Toyota Sienna. But if you look inside both of these minivans one after another, it won’t be difficult to see that it’s the Honda Odyssey that has the best-in-class cabin. Honda has clearly outdone itself with the Odyssey’s interior, which is very modern and made up of a wide range of materials that are soft to the touch. It’s one of the most luxurious interiors ever found in a minivan.

The Toyota Sienna does manage to pull even with the Honda Odyssey when it comes to tech, though. It comes standard with a 7-inch touchscreen compared to the 5-inch touchscreen that comes standard in the Odyssey. The Sienna also offers six USB ports compared to just two in the Odyssey as well as Apple CarPlay and a Wi-Fi hotspot that are, again, not in the Odyssey base model. All of this might not be enough to offset the rest of the interior, but it does illustrate that you’ll get some slight advantages in the tech department when you go with a Toyota Sienna vs. a Honda Odyssey.

All three of the rows in a Honda Odyssey offer enough support and legroom for adults. But the same can’t be said for the Toyota Sienna. While adults will fit in the first two rooms in a Sienna, the third row is only ideal for children and maybe teenagers. It doesn’t offer enough legroom or headroom for the average-sized adult. So you might want to steer clear of purchasing a Toyota Sienna over a Honda Odyssey if you’re planning on using it primarily to transport adults or older kids around.

Although we may have just made it sound like the Toyota Sienna is short on space compared to the Honda Odyssey, there is a reason why it doesn’t offer as much room for passengers as the Odyssey does. It’s in part because the Sienna wins out over the Odyssey when it comes to cargo space. You’re going to have a lot more space to put things other than passengers when you invest in a Sienna.

The Toyota Sienna may have just bested the Honda Odyssey in the cargo space department a second ago. But if you’ve been paying close attention thus far, you’ve likely noticed that the Odyssey bests the Sienna in most other departments. It’s why you might be a little bit surprised to hear that the Toyota Sienna is the more expensive option of the two. It starts at $31,565, which makes it one of the most expensive minivan models on the market at this time.

For the record, the Honda Odyssey is also pricey when compared to most other minivan models. But it’s not quite as expensive as the Toyota Sienna is. It starts at $30,690, and while it can go up in price if you choose one of the more advanced trims, it’s still less expensive than the Sienna at every level. This makes the Odyssey a no-brainer in the minds of many of those shopping for minivans.

Which Is Better, the Toyota Sienna or Honda Odyssey?

Now that you know just about everything there is to know about both the Toyota Sienna and the Honda Odyssey, just one question remains: Which one is better? It’s not an easy question to answer, even after considering the case we just laid out for Toyota Sienna vs. Honda Odyssey.

The Toyota Sienna is a great option for those who value a minivan with plenty of cargo space and more than enough safety features that come standard. It may not match up with the Honda Odyssey in certain categories, like price and all-around comfort, but it’s also not far off when it comes to things like safety and fuel economy. It’s what makes it so difficult to choose a winner in the Toyota Sienna vs. Honda Odyssey debate.

At the end of the day, it would be easy to give the Honda Odyssey an edge over the Toyota Sienna based on how many different categories it beats the Sienna in. But it’s so close in many of these categories that we wouldn’t blame you one bit for choosing the Sienna over the Odyssey based on personal preference. You’ll have to decide for yourself which one is the clear-cut winner in your mind.