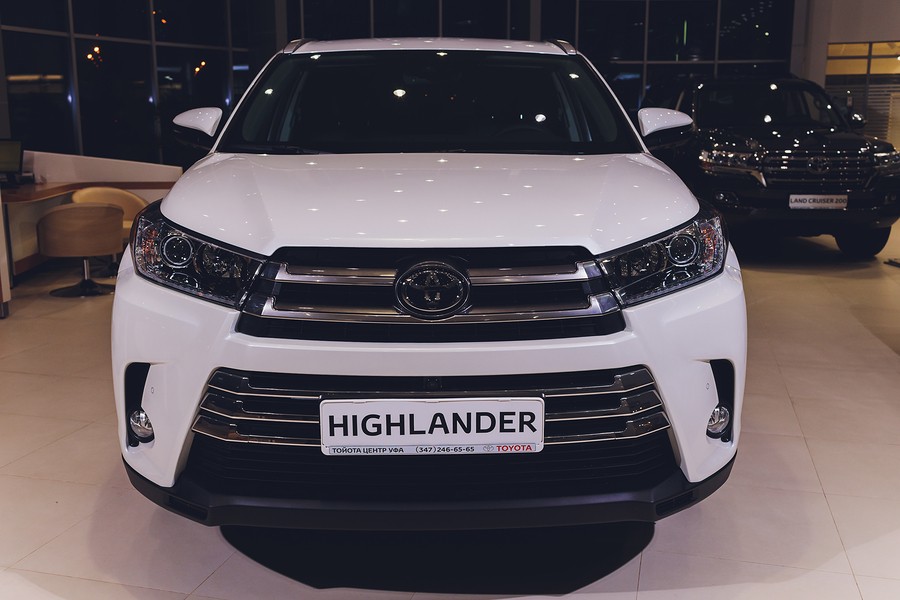 Don't feel bad if you've had trouble figuring out the best SUV between the Toyota Highlander vs the Toyota 4Runner. Even though Toyota makes both the Highlander and the 4Runner, they’re very different SUVs. The Toyota Highlander is very much a family-friendly kind of SUV meant for driving around town, running errands, and taking the family places they need to go. The Toyota 4Runner is geared towards a more active lifestyle that leaves the paved roads behind and gets into some rougher terrain. For some, it's a clear-cut choice between one and the other, but not for everyone. If you want a reliable family vehicle and you also like to let loose on the weekends, it can be very difficult to figure out which one of these SUVs is going to best meet your needs. Luckily, we can break down all the features, advantages, and disadvantages to let you know which one of these Toyota models is going to be the best fit for you.

Toyota 4Runner comes standard with a 270-horsepower 4.0 litre V6 engine. It's getting a little long in the tooth as they haven’t updated it in years and isn't the greatest on fuel economy but it is considered both dependable and powerful enough to get you where you need to go especially if where you need to go doesn't have roads. The Highlander comes with 295-horsepower 3.5 L V6 and superior fuel economy, but it's just not built for the serious outdoor adventuring that the 4Runner is meant for.

Where the 4Runner leaps to the head of the pack is when you get into that rough terrain. You can use part-time or full-time all-wheel drive in the 4Runner as well as features like crawl control, 9.6 inches of ground clearance, an electronic locking rear differential, and multi-terrain select. The Highlander does have an all-wheel drive option, it's just not up to par with what the 4Runner offers. In practical terms that means the Highlander can handle some dirt roads and a little bit of rough terrain, it'll be dependable when the weather gets bad, but you really don't want to be using this to try to traverse any mountains.

If you're looking to haul anything around, both the 4Runner and the Highlander are evenly matched with a 5,000 lb towing capacity.

The Insurance Institute for Highway Safety conducted crash testing on both the 2020 Toyota Highlander and the 2020 Toyota 4Runner. The Highlander scored perfect marks across the board, but the 4Runner did lag behind. While it was good for the most part, there were some serious problems with the driver side crash test results. The driver side ranked overall marginal on their scale, which is just above poor, with driver side structure receiving a poor ranking.

We have to give the performance edge to the Highlander in this battle thanks to its dual engine options and overall reliability, but that’s just for regular driving. Once you go off road, it’s a whole different ballgame.

Which SUV is the Better Value?

If you're more of a high-end SUV shopper and you want all the best options that are available, then the Platinum Edition Highlander has a starting MSRP of $46,850. The priciest 4Runner is actually the TRD Pro Edition which comes in at $49,865.

As you can see, from the high-end to the low-end of the spectrum there's not a huge difference between the Toyota Highlander and the Toyota 4Runner. Overall, the Highlander is going to save you a couple of thousand dollars depending on what it is you're interested in getting out of your SUV.

Across the board, the Highlander is the more affordable option between the two vehicles. Whether or not that's a better value depends on what you need it for, however.

Toyota has loaded up both the 4Runner and the Highlander with safety features that make them stand out models on the road. This includes things like adaptive cruise control, lane departure warning, and a pre-collision system with pedestrian detection.

Getting inside the vehicles you'll see that the Highlander does seem to be more geared towards luxury and family-friendly features. If you upgrade to the Platinum Edition, you can even get a 12.3-inch touch screen in the middle of your dash, which is one of the biggest in the industry. Without the upgrade you are looking at an 8-inch screen in both the 4Runner and the Highlander, which is still a decent size.

The Highlander has an 11 speaker sound system including a feature called Driver Easy Speak which will broadcast your voice by a microphone to the backseat just in case you're having a very hard time getting your passengers to pay attention to you. The 4Runner doesn't have most of these technological amenities, but it does feature an impressive 10 cup holders for those very thirsty rides.

In a straight up battle of features that make your ride more enjoyable, comfortable, and safe, the Toyota Highlander does seem to come out ahead in this battle.

This really isn't apples to oranges comparison between vehicles. While the Highlander and the 4Runner may look similar, they're definitely made for different purposes and it should appeal to different kinds of drivers. Naturally there's going to be some crossover and no matter what you want your SUV for you'd probably find some benefits to either one of these. The bottom line is that the Highlander is a good quality family SUV, and the 4Runner is a good quality off-road SUV. Considering what each has to offer for the kind of drivers that they're appealing to, both of these are definitely worth your time. Your big decision is what you want the vehicle for.

Which SUV is the Best Choice?

It looks like this should be a clean sweep for the Toyota Highlander which has come out ahead in terms of features, value, and performance in our head-to-head matchup here. And we are willing to say that under normal circumstances the Toyota Highlander is the best SUV choice out of these two. That being said, we also have to say that if you are the kind of driver who wants to get a little more rugged behind the wheel, the Highlander may not be the best choice for you. The Toyota 4Runner outperforms the Toyota Highlander when you go off road and get into that more rough and tumble experience that a certain segment is going to be interested in. So if you are an outdoors person, if you want to take the family out to the woods to go camping as opposed to out to the soccer pitch to play a game then we'll give the nod to the Toyota 4Runner.