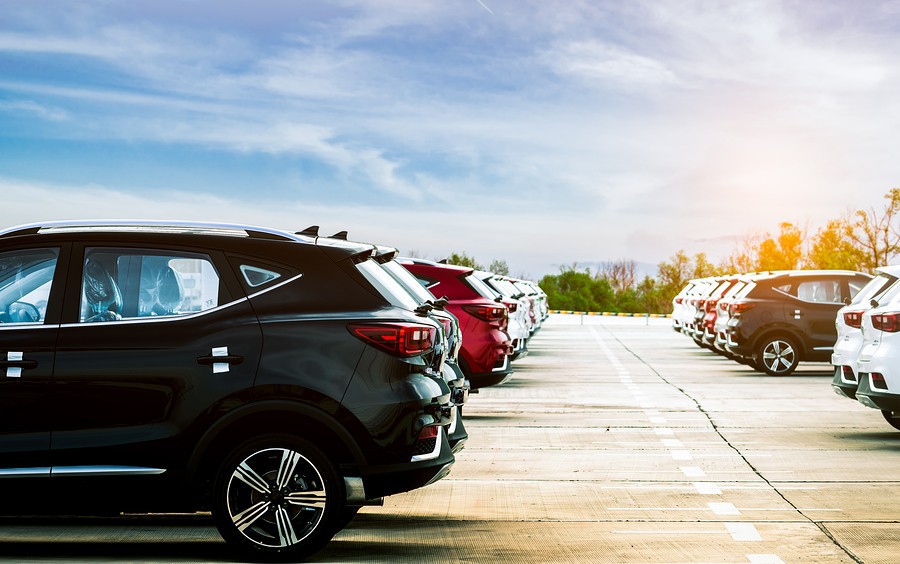 Toyota Highlander and the Ford Explorer are two of the most recognizable and sought-after SUVs on the market today. The Ford Explorer is very much responsible for the modern appreciation of the SUV segment. If you recall, the Ford Explorer was the vehicle that featured prominently in 1990’s “Jurassic Park” and was used to prove its mettle against some dinosaurs. While that was all fictitious, it did cement the idea of the Explorer in people's minds as a rugged and reliable vehicle.

The Toyota Highlander appeared in the year 2000 and has steadily grown over the last 20 years into one of the most reliable and best-selling SUVs on the market. Toyota sold nearly 250,000 Highlanders in the year 2018 alone.

Head-to-head it can be hard to choose between Toyota and Ford in the SUV Market. if you're not sure which one is going to be the best SUV for you, let us break it down point-by-point to help you make the decision.

The base model of the Ford Explorer comes with a 2.3L turbo-4 engine that'll give you 300-horsepower with a 10-speed automatic transmission. You could also get a 3.0L twin-turbocharged V6 engine that offers up 365-horsepower.

The Toyota Highlander offers up a 3.5L V6 engine and 295-horsepower. That gives the Highlander the capacity to tow 5,000 lbs. The Explorer is capable of towing slightly more with weights up to 5,600 pounds.

Going off-road, the Toyota Highlander does have features like the Rock/Dirt setting that is meant to improve traction and handling when you leave the roads behind. Unfortunately, the design of the Highlander, especially the front end, which is a little bulbous, makes the angle of ascent difficult if you're heading on any rocky inclines. Basically, you can only drive on flat off-road surfaces. Ford Explorer rough terrain models do handle off-roading better than the Highlander does.

With the base model engine, it's hard to deny that the Ford Explorer is pretty weak here compared to the Toyota Highlander. A 4-cylinder engine in an SUV just doesn't give you the kind of power behind the wheel you'll likely be looking for. Obviously the 3L twin-turbocharged V6 gives the Ford some more pick up but since that's not the only option, we have to acknowledge that you could potentially be getting a weaker Ford at the lower price when you go with the four-cylinder.

If you're willing to pay for the better engine the Ford Explorer is the better option but if you get the four-cylinder then we've got to give the edge to the Toyota.

Taking everything into consideration, including off-roading ability and what the Explorer can do, we’ll say the Ford Explorer wins.

The last expense that you might find yourself dealing with in terms of the Ford Explorer versus the Toyota Highlander is in relation to repair bills. According to Repairpal.com which averages repair bills over the course of the year based on data received from drivers who own these specific models, we can get an idea of just what you might have to pay for annual upkeep. According to their research, Toyota Highlander owners have to spend an average of $489 per year on repairs. Ford Explorer owners, on the other hand, are looking at annual repair bills of about $732.

Even though the Ford Explorer has a cheaper sticker price for the base model and the fuel economy is essentially neck-and-neck for regular gasoline engines, we are going to call this one in favor of Toyota. The cheaper repair bills overall, as well as the increase in fuel economy of the hybrid edition, and the better MSRP across the range of trim packages give Toyota the advantage. The Toyota Highlander wins.

When you get inside the cabin of each of these SUVs the Ford Explorer does fall short a bit just from a visual perspective. The inside is somewhat dated, and the materials used do look cheaper than what you're going to find inside the Toyota Highlander.

On the tech side of things Ford offers a 10.1-inch infotainment screen that can be upgraded to 12.3-inches. The Toyota Highlander however starts with the 8-inch screen upgradeable to 12.3 inches.

Both SUVs offer three rows of seating, although the third row is difficult to get into in each. You have to climb over the second row seats in the Explorer to get to the third row but you can fold them out of your way a little more easily in the Toyota to get the same job done. In terms of comfort there's not much of a difference overall between the two, but convenience leans towards the Toyota on this one.

The Toyota Highlander also has seating for 8, whereas the Ford Explorer only manages 7 in total. The fact that it is even harder to get into that back seat for the Ford and they're still less seating is a big mark against their interior quality.

The Highlander has slightly more cargo space than the Ford Explorer. You can get 48.4 cubic feet out of the Highlander against Fords 47.9 cubic feet. There's a little more passenger space overall in the Explorer, however, at 152.7 cubic feet. You can contrast that with the Toyota Highlanders 141.3 cubic feet.

Both the Ford Explorer and the Toyota Highlander do remarkably well in terms of the safety features that they can offer you as a driver. Ford equips their Explorer with what they call the Co-pilot 360.  This includes features like blind-spot monitoring, forward collision warning with automatic emergency braking and pedestrian detection, automatic high beams, post-collision braking, rear traffic alert and lane keep assist.

Toyota offers what they call the Safety Sense system which also includes the pre-collision and pedestrian detection, lane departure warnings, adaptive cruise control, automatic high beams, lane tracing assist and roadside assist among others. You put these two feature packages toe-to-toe you're going to find that both Ford and Toyota are offering you a pretty decent array of safety features.

In terms of the Insurance Institute for Highway Safety crash test ratings, the 2020 Ford Explorer scored fairly well across the board but did receive a few less than perfect ratings. Driver side crash test ratings were deemed acceptable which is one down from the top rating mostly thanks to the poor performance of lower leg injury results. Those were rated poorly overall. But in general, it's still a safe and reliable SUV.

Which SUV is the Better Choice?

In its prime, the Ford Explorer was selling nearly 500,000 units per year. The numbers have gone up and down as competition has increased and Ford has tried out different features and styles to make it more or less appealing to drivers. It's still one of the most popular SUVs on the road and they have sold over 7 million Explorers in the vehicle's lifetime. You can't deny the Ford Explorer’s place in SUV history and how influential it has been to the entire segment.

You can make a strong case that the Ford Explorer paved the way for the Toyota Highlander and demonstrated what did work in an SUV as well as what didn't work. This allowed Toyota to learn from Ford's mistakes. The result is a serious competitor that, even though it hasn't been on the road as long, has proven to be as good and better in many ways than the Ford Explorer.