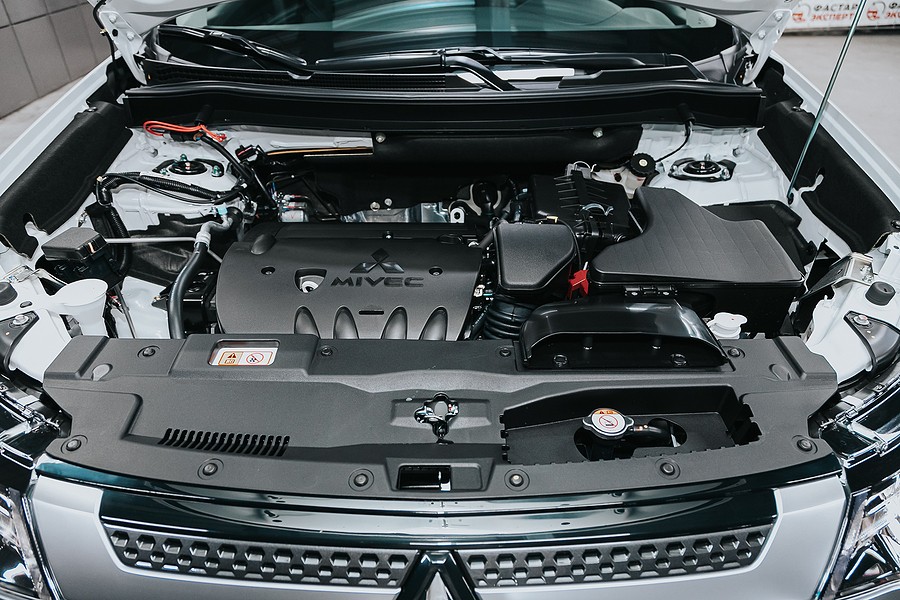 The average Toyota engine repair cost ranges between $2,500 and $4,000 for a complete fix. Make sure before you pay for an engine repair that you know the different types of Toyota engines, how these engines work in your car, the signs of a faulty engine, and the overall repair and replacement cost.

Just like Toyota transmission, there are various engine types that Toyota utilizes in its car models. Toyota has produced a huge variety of car engines, ranging from inline-four to V6 engines. Inline-four engines are mechanisms that have the cylinders arranged in a line along with one crankshaft, while the V6 is a six-cylinder engine arranged in aV-formation.

Regarding their gasoline engines, there are a few different categories that have been used in models throughout the years. Firstly, Toyota has a flat-twin or flat-four engine that first started being used in 1961 for its U model. The U series is a pack of flat engines produced in the 1960s and 1970s and was then extended in 2011 for the Toyota 86.

The next subcategory of the gasoline engine is the straight-3 series. This engine type first arose in 2004 for the KR engine, a family of straight-3 piston engines that use aluminum engine blocks and DOHC cylinder heads. Other straight-3 choices are the M15A, which debuted in 2019, and the G16E, which came about one year later in 2020.

The next category, and the most popular section, of gasoline engines, is the straight-4 series. With the first type being produced in 1939, the Type C engine, the straight-4 has consistently been featured in Toyota cars for nearly 100 years.

Continuing with gasoline engines, the next kind we have from Toyota is the straight-6 series. This series first debuted in 1935 with the Type A engine, a straight-six engine that was manufactured until 1947, and ended with the production of the FZ engine in 1993. The FZ engine was a 24-valve, 5.4-liter DOHC internal combustion engine that replaced the F-series in Toyota cars.

Similar to the V6 engine, the V8 Toyota engines were first used in the 1963 production, with the V engine. The V family are longitudinally-mounted V8 engines that were mainly featured between 1963 and 1997. Now, the V6 engines being used are the UR family, a 32-valve quad camshaft that first began with the 2007 Lexus LS.

Along with the numerous gasoline engines that Toyota produces on the market, a line of diesel engines can affect the overall Toyota engine repair cost. First beginning in 1957, Toyota began a business deal with a separate dealership in their home country of Japan. This business relation was specifically focused on high-powered and bigger cars, like trucks installed with diesel engines.

The first type of diesel engine used in Toyota vehicles was the straight-4 in 1964, with the J engine. The J family is a series of overhead valve diesel engines produced by the Toyota Motor Company for trucks, beginning in early 1964 and ending almost 20 years later. Many more diesel options were featured in the Toyota company, such as the B second generation, L family, W family, N family, KZ family, and the final GD family of engines throughout the years.

Along with the straight-4 engines, a straight-5 engine was also manufactured between 1990 and 2001, called the PZ. This engine was a 3.5-liter, inline, 5-cylinder option that had a favorable compression stroke of 22.7:1.

The next type of straight engine was the straight-6, an engine type produced since 1956 and is still on the manufacturing belt today. The final type of diesel engine is a diesel V8 called the VD, a type of engine family that is a 4.5-liter engine produced from 2007 to 2010.

You need to know the difference between diesel engines and gasoline engines to determine the Toyota engine repair cost. Although they theoretically work in similar ways, powering your vehicle and using a fuel source to make your car move, they have differences that drastically set them apart.

The similarities between gasoline and diesel engines are internal combustion engines, working on transferring the chemical energy in fuel into mechanical energy to power the car. This mechanical energy must work to move the pistons within the cylinders, in turn moving the crankshaft.

The frequent movement of the pistons, called linear motion, is then translated into rotary motion. This rotary motion makes the wheels spin and powers the vehicle in the intended direction. In addition, both diesel engines and gasoline engines convert fuel into usable energy through the internal combustion system.

The difference between gasoline and diesel engines is that the internal combustion occurs in varying ways in both engines, meaning the combustion process varies. This is why if you put gasoline in diesel engines, the car will not be able to run properly.

In gasoline engines, the fuel is mixed with the proper air ratio to power the car. This fuel is mixed and compressed by the pistons and ignited at the right time due to the necessary spark provided by the spark plugs, called the ignition timing.

Symptoms of a Faulty Toyota Engine

When determining your Toyota engine repair cost’s overall price, you need to figure out the signs of a damaged engine, the root cause of the engine issues, and how these problems can further affect your vehicle.

An additional sign of some issues in your Nissan is that the fuel pump is not working correctly. If your fuel pump can not transfer the necessary fuel to the engine, the engine will turn off and not provide the power necessary to run your vehicle.

In order to tell if a bad fuel pump will affect the Toyota engine repair cost, you need to know the common signs and symptoms that your fuel pump is failing so you can make sure this is the root cause of your issues. Look out for a loud whining noise, trouble starting your car, sputtering engine, reduced performance, engine stalling, loss of power, surging while driving, and reduced gas mileage.

If you notice an issue with the fuel pump, fuel injector, or fuel filter, the most common solution is to replace the entire fuel pump to remedy the issue. Paying for a fuel pump replacement can increase the overall Nissan engine repair cost, but will most likely be the only way to repair the broken engine or clogged fuel lines.

Next, you may notice Toyota engine problems in tandem with an empty fuel tank. If your car runs out of gas through no fault of your own or because your fuel gauge is not displaying the mileage reading correctly, then this is a clear sign that you should bring your car to a mechanic as soon as possible or have your car towed.

The ECU is your car’s internal computer and the mechanism that makes many electrical decisions regarding your Toyota’s performance. If the engine computer detects a problem, this can turn the check engine light on and increase the Toyota engine repair cost.

The alternator is similar to the engine control unit in that it is another vital component to your vehicle’s inner workings. The alternator provides your car with electricity, so if your car shuts off while driving, this is a clear sign that something is wrong with your Toyota’s engine and alternator.

The alternator generates electrical power and is a huge part of the vehicle’s charging system. Almost all cars with an internal combustion engine contain an alternator as well. When the engine in your car is running, the alternator’s job is to maintain a proper charge in the battery and supply electric power to the vehicle’s electrical systems.

There are common signs that something is wrong with your alternator. Keep an eye out for the battery light on the dashboard, the dashboard lights and headlights changing in brightness levels, loud noises from under the hood, battery issues, slow engine cranks, voltage leaks, and performance problems. Any one of these issues can cause a higher Toyota engine repair cost.

As we know, the engine control unit is the computer of your vehicle. If this part does not send the correct signals to your Toyota’s various systems, the car will not be operating correctly and can operate erratically. If there is an issue with the ECU, your car will lose power, and the check engine light will pop up on your dashboard.

The typical price of an engine rebuild ranges between $2,500 and $4,000 on the high end of the price spectrum combining both labor and parts costs. This kind of engine repair can sometimes require replacing smaller parts, like bearings and seals, or can require a much more extensive repair, including a complete engine re-installation.

The labor costs will depend on the number of repairs included in the engine. Keep this in mind when getting a quote from your local mechanic for your Toyota engine repair cost.

As you can see, the engine in a Toyota is a crucial part of your vehicle’s workings. Knowing what kind of engine you have, whether it be a gasoline or diesel engine, can affect the overall replacement or repair cost.