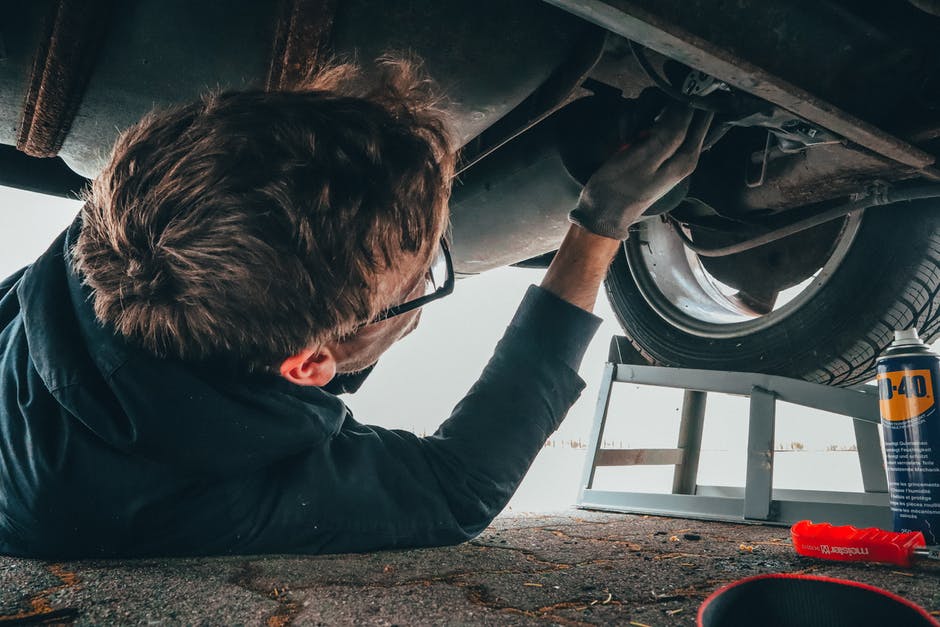 Did you know that there are over 276 million vehicles registered in the United States alone?

Each year, around 12 million cars are recycled after coming to the end of their lifespan. It can be difficult trying to figure out how long your car has left and what to do about it.

That's why today we're talking about the top reasons that your car won't pass inspection. Keep reading to figure out if your car has a little longer left or if it's time to sell or junk. It could be worth selling your used car if you believe that the next owner can get some mileage out of it. If not, there is always the option to sell your car for junk. Let's talk through the main reasons you might fail the inspection and you can see how your car measures up.

There is plenty to get through but the good news – most are quick and inexpensive to fix.

This one comes first because it's so simple you might never have considered it. Sometimes, everything else in your car might be functioning properly and your car's emissions are perfectly fine. You should by all rights pass your test and yet, you fail for a simple issue.

Your “check engine” light itself is malfunctioning.

Air filters are responsible for catching all of the dirt that travels into the hood of your car. The dirt is intercepted as it makes its way to the engine. So, as you can imagine, they are vital to the health of your car.

Often overlooked, air filters are so effective that they really impact the performance of your engine.

So what happens when your air filter gets clogged? All the hydrocarbons that should be stopped instead make their way to your engine. You fail the test by having high levels of hydrocarbon.

You can check your filter to see if it is clogged and can easily and inexpensively fix it. You can either clean your filter or replace it with a new one. These can be bought for your make and model from a store. 3. Defects in the EVAP

Your EVAP is your car's Evaporative Emission Control System (EVAP). If your car's EVAP system is not functioning properly, gasoline vapors will escape the car's tank. This means you are polluting the atmosphere.

Leaking hoses and vents are quite often the cause of a malfunctioning EVAP system. However, this can be tough to track down and isolate. Another job for your friendly neighborhood mechanic.

Windshield wipers might not strike you as an important safety feature until they stop working. They are a key safety feature for road visibility and yet we don't appreciate it until it's too late.

Your wiper blades should be checked regularly and replaced every six months to keep them working properly. You should be clearing your view, not smearing the water. Consider keeping an extra set of blades in your car during winter just in case.

By now you should be starting to realize that some tiny components play a big role. Engine oil is important for your engine to run efficiently. This is because it prevents friction between different parts of the engine.

When your engine oil becomes dirty, it affects the chemical output of your vehicle. The harmful chemicals and pollutants in the oil increase the pollution levels of your car and can cause you to fail.

The great news is that you can fix it yourself for around $20. If you feel like some DIY, just remove the drain plug to let the old oil out. Add new oil to your engine, and voila!

If you're not sure, you can also get it done cheaply at your local shop. Leaking gas caps are a huge problem each year for the US, thought to be the cause of huge amounts of pollution. Your gas cap contains all of the harmful chemicals that would otherwise be released into the atmosphere and if yours is broken, you fail immediately.

Without this crucial barrier, your car is just leaking harmful materials into the atmosphere. Despite this being a widespread problem, it's got a very quick fix.

For around $5 you can get a replacement cap that you can pop onto the area where you insert gas. There really is no reason for you to fail for a leaking gas cap. If you're unsure about your current cap then you can stop by at your local shop for an affordable test.

Unfortunately, if this is your reason for failing it's going to be expensive. Catalytic converters are the system in your car that is responsible for stopping harmful pollutants escaping into the environment.

A catalytic converter is a box and two pipes. One pipe lets hot polluted fumes from the engine into the box.

Inside the box, a chemical reaction takes place to break down pollutants into safer gases. These are then released through the second pipe.

It's not easy for the average joe to replace a catalytic converter (often welded to your car), so we recommend you ask a professional. It could cost you anywhere from a few hundred dollars to $2000.

Firstly, without a spark plug, your car wouldn't start. The spark plug is unsurprisingly the part that sparks to ignite the fuel.

When your spark plug is faulty, it affects the air-to-fuel ratio because of the improper combustion it sparks. It will be causing incomplete or uneven combustion, which makes your fuel either too lean or too rich.

Your car will be releasing more pollutants and will fail in an emissions test. We'd only recommend tackling this lengthy job yourself if you're a mechanic. Otherwise, we advise heading to a professional to let them take care of it. Your engine needs the right ratio of fuel and gas to ensure safe, low-emission combustion. Your optimal air-to-fuel ratio is 14.7 parts air to one part fuel.

What happens when your ratio isn't optimized is that your fuel won't combust properly. This leads to extra pollutants and you also burn fuel more quickly.

There are a lot of different reasons for your ATF ratio being off, so we don't recommend trying to sort this out yourself. Unless you're extremely knowledgeable about cars, you'll want to leave this to a professional.

For the brave car fans among you, with new sensors available on the market, you can tune the carburetor yourself.

Oxygen sensors are an important part of regulating that ratio we discussed just a second ago. That's because if your O2 sensor is broken then your car won't make the necessary adjustments to the ratio.

What happens then? You guessed it – more pollutants released.

When it comes to fixing broken O2 sensors, things can get a little tricky. Most cars have multiple sensors so your first task is figuring out which one is broken. Once you find it then you need to unscrew it, replace it and then clear the codes in your car's computer.

Does that sound tricky? It could get even more complicated.

In some cases, the new sensor won't have an adaptor. If that happens then you also need to do some rewiring. So you'll probably want to rely on a professional in these cases to help you out.

The worst-case scenario could be that you fuse the wires when trying to rewire it yourself. Then you're letting yourself in for further damage.

Are you feeling more prepared for your inspection now? Knowing these common problems is the difference between knowing when to fix or when to scrap your car.

Will You Pass the Test?

If you are worried that your car won't pass inspection, hopefully, our article has helped out. Make sure you get the little problems fixed now that are cheap or easy to avoid failing your test. You don't want to fail for something that could be fixed in 5 minutes.

For anything bigger, make sure you consult a professional mechanic to get your car roadworthy before doing more damage with DIY.

Too many faults to pass the inspection? If your car is too far gone, why not learn how to sell it fast.