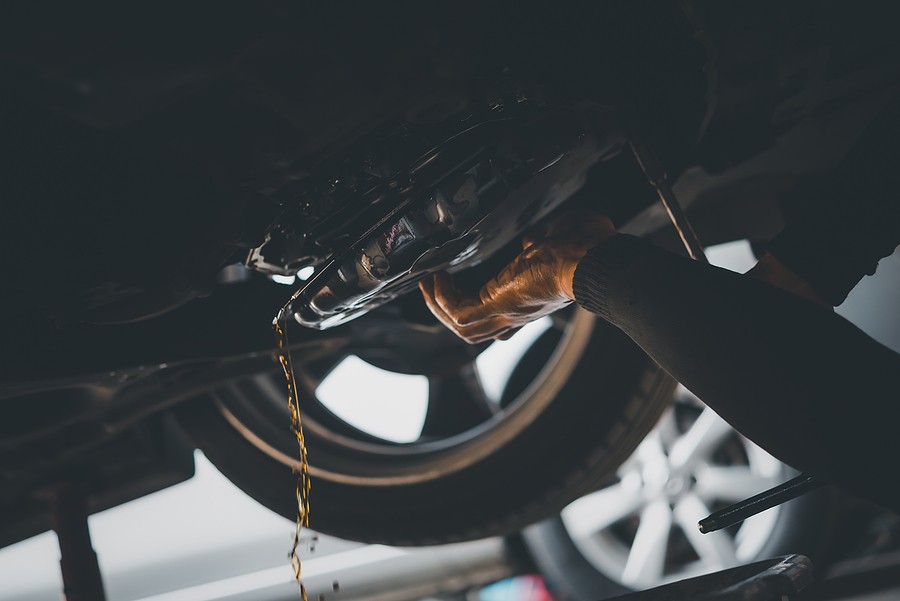 The automatic transmission is one of the most complicated pieces of equipment in your car. Sure, the engine may be the heart of your car but it is the often forgotten automatic transmission that allows vehicles to achieve the type of fuel economy and performance that people expect in modern vehicles. From “3 on the tree” speed manual transmissions of the 1950s to the 10-speed automatic transmissions that are available in something as basic as the Honda Accord; for automotive enthusiasts and owners alike, there simply is no better time to be alive.

One of the most basic components of keeping your vehicle running is proper maintenance and maintaining the transmission is no different. Although most of us are not automotive mechanics, a great number of people take the task of adding in things like fluids or checking the oil to save money.

So what happens if you add too much transmission fluid? This article will cover these topics in further detail:

There’s quite a story behind the humble automatic transmission and it starts way back in 1904. The Sturtevant brothers of Boston created a “horseless carriage” that utilized two forward gears that were driven by flyweights connected to the engine. As the engine speed increases, the transmission would shift into a higher gear to maintain or increase speed. When the vehicle came to a stop, the transmission would shift back into a lower gear. Although this was a genius design, the metalworking of the time was not up to snuff and the transmissions would spontaneously self-destruct when engaging gears.

Ford’s Model T utilized a planetary transmission (later used in automatics) that required the driver to initiate forward movement with the aid of clutches and bands but also low/high gear that was selected with a pedal on the floor. From that point on, more traditional manual transmissions became the norm. They utilized a clutch pedal to start off from a stop and a gear selector that would manually cycle through gears. Essentially, selecting a new gear meant that a spinning element would have to connect to a static element. This would create grinding, popping, or other loud noises as drivers shifted. They came to be known as crash boxes.

General Motors was the first to introduce a mass-produced, completely automatic transmission in 1940 via their Oldsmobile brand and later as an option on Cadillac vehicles. This genius (for the time) transmission utilized a fluid coupling and three hydraulically controlled planetary gearsets to produce 4 forward gears and reverse. Unlike other previously built transmissions of the era, the usage of a fluid coupling allowed the Hydra-Matic to take off from a stop without the aid of the clutch. The transmission would then shift based on engine load and throttle position. Although it was relatively smooth, the transmission had rough shifts but this was remedied in 1948 with the introduction of a transmission that utilized a torque converter. Torque converters basically multiply torque through amplified hydraulic pressure (completed inside the torque converter via turbines). These types of transmission have become the standard for today’s conventional automatic transmissions.

For the purposes of this article, we will focus on the traditional torque converter automatic. For reference, there are several other types of transmission available on the market that retain the quality of being “automatic” that shifts gears automatically.

In modern, torque-converter automatic-equipped vehicles, the operation of individual vehicle brands may follow a slightly different approach but in general, the following steps will outline the basic operation of this complicated piece of machinery.

In a nutshell, this is how this works but there are lots more intricacies here. If you want a fantastic visual example, check out this video here.

What happens when you add too much transmission fluid?

Without proper lubrication, the internal parts of the transmission could fail rather quickly or it could take some time for them to fade. Regardless, this will be a problem for your transmission and it will usually require a complete rebuild or replacement if air manages to get into the transmission. The other issue with putting in too much transmission fluid is that the breached seals may continue to leak. Without your knowledge, the transmission could be weeping fluid and continuing its pace towards a quick death.

Symptoms of too much transmission fluid

There are several telltale signs of too much transmission fluid in your vehicle. Some are diagnostic and some come from the experience of driving a vehicle that has a compromised transmission.

Here are the most common symptoms of too much transmission fluid:

Cost To Repair An Automatic Transmission

If you do end up with damage from too much fluid, most reputable transmission shops will recommend that you either rebuild or replace the entire transmission. The average cost ranges from $1800 to $4000 and on up from there. A used transmission ranges from $800 to $1600, a rebuilt transmission from $1100 to $2700, and a remanufactured from $1400 to $3700. As you can see, this is one expensive repair and part of the reason why proper maintenance is so critical.

So, you put too much transmission fluid into your car and now your transmission is toast. Rather than go through an expensive repair process that could leave you without a car for days, give Cash Car Buyers a shot instead. Just go to the Cash Cars Buyer website, put in your information and we will get you a cash price on the spot, working or not. Set up an appointment to have one of our used car buying experts verify the information is correct and we will get you cash on the spot. Even if your car is completely dead, we will tow it away for no charge. Maybe it’s time to give Cash Cars Buyers a shot today and get some cash to get back on the road with a new ride.