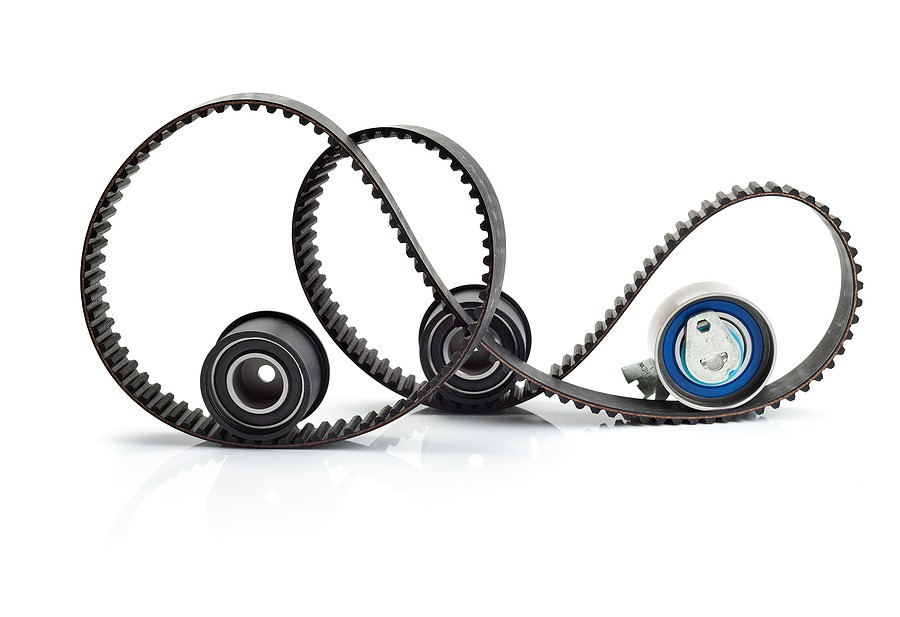 Fact is, most drivers aren't aware of not only whether or not their engine has a timing chain or a timing belt, but what a timing chain or timing belt even does. That's not necessarily a bad thing, not everyone can be an automobile expert. And while some of us do strive to know the basic fundamentals of how a car works, the vast majority of drivers actually have no idea how an engine works. It's kind of like having a home computer or a smartphone. You know that it can get you on the internet, you know that you can use it to watch videos, but you may not have any idea of the technology that allows any of that to happen. The same goes for cars.

Understanding how your car works can go a long way towards making sure it stays in good working order. If you know why your timing belt or your timing chain are important, then you may be able to better maintain your vehicle and keep it working properly so that these parts last longer and you're faced with lower repair bills down the road if and when something does go wrong. Let's take a look at exactly what a timing belt does versus a timing chain, why they're important to your vehicle, and how to tell which one you might have under the hood of your car.

What Do Timing Chains and Timing Belts Do?

The way a combustion engine works is that pistons rise in cylinders to meet the valves at the top of the chamber. The combustion reaction occurs once the piston has reached the top of the cylinder and then the resulting explosion caused by your spark plug igniting the fuel and air mixture forces the piston back down again. This happens in each cylinder of your engine, so if you have an 8-cylinder engine then there are eight different pistons being forced down over and over again.

As you can see, maintaining the proper timing of your engine is extremely important. If the pistons crash into the valves, it's going to destroy your engine and essentially kill your car. You'll have to have it towed into a mechanic and, as we've seen, the repair bills are going to be very high.

What is the Difference Between a Timing Belt and a Timing Chain?

Although your timing belt and a timing chain do the exact same job, there's obviously a difference between the two. A timing chain is made of metal. It looks very much like a bicycle chain only somewhat sturdier. And in fact, that is the major difference between the chain and the belt. Because it's metal, a timing chain is much more durable. It will last upwards of two hundred thousand miles or more in your engine with no trouble under normal circumstances.

A timing belt is made of a rubber composite. It looks like any other drive belt in your engine except that on the inside of the belts there are some notched rubber teeth. These allow it to better grip the gears at the end of both the camshaft and the crankshaft.

Because a timing belt is made of a less durable material it's going to wear it much sooner than a timing chain will. The exact lifespan of a timing belt very much depends on the make and model of the vehicle that you're driving. A typical timing belt should last between 60000 miles and 90000 miles before it needs to be replaced. That's just an average sort of rule of thumb, however. Your best bet is always to check with your owner's manual to find out exactly how long your timing belt should last. For instance, there are some models of Volkswagen that have timing belts with a lifespan of over 100,000 miles.

If you're driving a Toyota Camry, Toyota recommends that you replace the timing belt after 60,000 miles. The Volkswagen Jetta will let you go for 120,000 miles. However, a Passat should be changed after 105,000 miles. If you drive the way the average American does which is about 13500 miles per year, then your timing belt should last you for somewhere between four years and seven and a half years. If you're driving that Jetta you can get to almost 9 years, on average.

There are stories of timing belts lasting for well over the 100,000-mile mark. In fact, there is anecdotal evidence of some people keeping a timing belt going in their vehicle for upwards of four hundred thousand miles. For a little more specificity there's been tales of a Plymouth Voyager that got to 270,000 miles, a Honda Accord that managed to get to 217,000 miles and a Honda Prelude that lasted 230,000 miles all on the same timing belt.

These are just stories, however. They could very well be true, but they are not the standard by any means. It's possible that a timing belt could last for far longer than the manufacturer recommends for it to be changed, but you definitely can't rely on it. The smartest thing you can do is inspect your timing belt every 30000 miles or so and when it comes up time to replace it based on your manufacturer's recommendations, you do so.

The reason for changing your timing belts when the manufacturer recommends it is because if it breaks while you're driving, the damage is going to be severe. There's no way that you can react to a broken timing belt while you're driving. It happens instantly and the moment it does your engine will no longer function. If you're driving down the highway, this could lead to a serious accident. You don't want to risk your own safety or the safety of others just for the sake of trying to figure out how long a timing belt might last beyond its recommended lifespan.

A timing chain should be able to last the life of your vehicle. That's not to say some mechanical problem won't cause it to fail on you, but they should definitely not need to be replaced as part of routine maintenance the way a timing belt needs to be replaced.

When it comes time to replace your timing belt, you're looking at a repair bill that’s going to be somewhere between $300 and $500. If you're driving a rarer or high-end vehicle, the price of a timing belt replacement can get as high as $2,000.  These high repair costs aren't necessarily materials, but labor. Also, these days most vehicles actually use timing chains rather than timing belts. So, if you have a timing belt you either have a high-performance vehicle or an older vehicle most likely. In both of those cases, the cost associated with getting it repaired are going to be going up.

Whether your car has a timing chain, or a timing belt installed, make sure you give it a visual inspection every 30000 miles. Look for any wear, cracks, or anything else that might indicate the belt is breaking down on you. Keep up with your scheduled maintenance and get a timing belt changed when your owner's manual recommends it, and you should find your engine running smoothly and efficiently for many years to come.