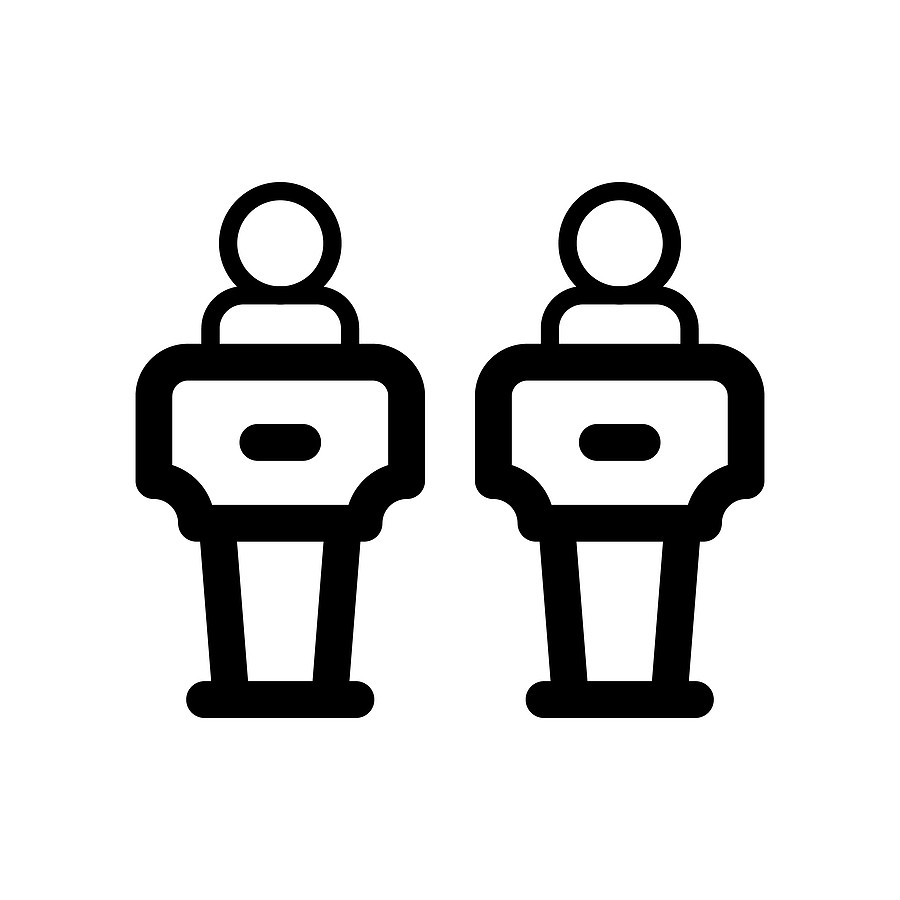 People shopping for BMWs often come across the term SMG. It stands for sequential manual gearbox. In essence, it means the clutch is digitalized, and there is a way to drive the vehicle like an automatic. However, many drivers have stated that doing so causes vehicle failure. Not everyone agrees.

Out on the open road, many car owners prefer to drive vehicles with manual transmissions. Yes, they say, the car doesn’t accelerate as fast, but it just feels right. As fellow car people, we get it. There’s something special about the winding of those gears that tugs at our heart strings, too.

That being said, automatic transmissions have their place on the podium. The cars are easier to drive, for starters. Without having to worry about finding the gear, pressing three pedals, or the random stall at a stoplight, people can’t get enough of the benefits.

Additionally, some drivers no longer have the required mobility or coordination for driving a manual car. For these car owners, an automatic transmission is a godsend.

Is there something that offers the best of both worlds? Perhaps yes, the sequential manual gearbox, otherwise known as SMG.

The term “SMG Transmission” gets thrown around a lot when talking about BMWs.

Let’s first note that what drivers and gearheads have to say differs from the marketing copy that sells the product, in some ways at least.

For example, an SMG transmission is said to be able to provide two driving experiences: automatic or manual. When set to automatic mode, the driver doesn’t have to press the clutch. Instead, they just choose the right gear (done via standard stick/shifters on steering wheel).

Automatic mode is believed to provide increased efficiency, and manual mode, on the other hand, offers an engine performance that turns heads. Supposedly, the ability to switch back and forth between the two extends the life of the transmission system.

In essence, the transmission doesn’t look too different than your everyday automatic. You’ve got your gears, brakes, clutches, and valves all the same. The rear of the planetary gear assembly leads to the flywheel (the clutch is in the middle). This allows for disengagement from the gear set in general.

Is SMG Technically Manual or Automatic?

If you’re in a rush, or gearing up for a bunch of stop and go driving in the city or suburbs, you might consider throwing the car’s SMG Transmission into manual mode. Doing so could save you some time, energy, and frustration.

When pulling onto the express way or some wide-open country roads, maybe manual mode is in order!

This question, however, is making mechanics and BMW fans mad in several corners of the Internet and in garages across America: Is the SMG Manual or Automatic?

For instance, one certified mechanic with a connection to BMW argues that the transmission components, the torque converter and the planetary gears, make a car an automatic by default. On the other hand, if there’s a clutch with engaging (disengaging) gears, you have a manual.

Based on this line of thought, the SMG transmission is… manual. The M in SMG Transmission stands for manual after all.

Other mechanics disagree. They want to call it an automatic because one small part of the process is hydraulic and digitalized. They believe, it’s a question of semantics.

The naysayers point out that the manual is just one option, and the fact that it can operate in normal mode, means it’s more of an automatic by definition.

The manual, from their point of view, isn’t truly so. Instead, it’s like a marketing label. Sure, you can press the buttons, you can’t jump from fifth to second.

Part of the fun of driving a manual car is that you can play fast and loose with the rules a little bit when you know what you’re doing (downshifting, jumping from first to third, etc.). Without all the required pieces, the clutch, the shift lever, and total and complete control of the gear box, it’s not a manual.

What’s the answer? To be determined by your state of mind (or your mechanic’s!). It’s neither/nor. We don’t like trying to put pieces in a mold if they can hold their own. As far as we’re concerned, it’s not automatic. It’s not manual. It’s SMG.

Do SMG Transmissions Have a Clutch?

SMG Transmissions came into the conversation in 2002 with BMW. The system offered a six-speed manual gearbox with a clutch and gearbox powered via electro-hydraulics, all wrapped up in a digital system. There was, however, no clutch pedal.

The system engaged when the driver pressed a floor shifter or paddles to the rear of the steering wheel.

What people liked about this system is that it did offer the ability to drive the vehicle automatically.

The naysayers are absolutely against this model, even now. They think have the digitally-powered transmission and no clutch spells out not-a-good-manual-car. In their opinion, they rather have the pure, sweet manual ride or nothing at all.

The experts point out that SMG transmissions aren’t automatics that can be adjusted manually while driving. Instead, they have a clutch without the clutch pedal. The pedal control is elsewhere.

The idea was actually garnered in examining how BMW racecars had been constructed in the past.

In the car, the driver will observe an LCD screen.

The computer also has a button that allows for setting changes.

You basically have to learn how to drive this car from scratch as it’s tricky. For example, there is a floor gear level that must be touched to put in manual, automatic, or neutral.

There are two “paddles” that control the shifting. Right means up. Left means down.

The settings allow for starting the car in first or second gear, for example. Later, they can reserve power or conserve fuel, as desired.

Automatic mode provides a simpler experience. Most car owners with an SMG Transmission don’t mess around with the manual mode when doing busy city driving. All of the stopping and going for pedestrians, for example, can making this mode feel like it’s more trouble than it’s worth.

Many people who have driven around town with this mode feel that the transmission change is slow, but that’s because of the performance factor that’s being prioritized in the process.

Another mode: DSC or Dynamic Stability Control. This mode supposedly makes the vehicle operate like a race car with power that improves acceleration. To engage it, you have to press the gas pedal to the floor so that the car revs to the optimum speed. According to BMW, this is only true in the M3.

The machine knows how to double clutch on its own. To those looking at you, you might seem like some kind of manual driving expert as some of the fancier and trickier parts of maneuvering a manual vehicle are finessed by the digital system.

How to Drive a BMW SMG Transmission

Driving a BMW with an SMG Transmission is no cake walk, at least not at first. It takes some getting used to.

Some people think the car is a little safer to drive because the hands stay on the wheel instead of the gear shifter as would be found in most manual cars. Turning can be tricky, though, and drivers recommend using the floor level on sharp curves.

The car might roll back on steep hills, so the climbing assistant must be activated for security’s sake. Just hit the brakes and pull back the paddle. When the brake is released, the vehicle is ready to go.

The car can back you up you if you’re hit the brakes without downshifting, but it won’t push you forward automatically into the next gear without driver control. This helps protect the engine.

One of the downsides about driving this car with all the controls is that it seems more like driving a speedboat or piloting in airplane. It will take plenty of practice to adjust to these controls, even for a manual driver. In fact, for a manual driver, it might even be more awkward with these changes.

Yes, the SMG transmission can be driven in automatic mode.

When this debate begins, the haters come out in droves to say the car isn’t a manual. It’s an automatic either.

The truth is that the majority of people who knock an SMG Transmission know very little about one.

Do SMG Transmissions breakdown a lot? According to the fanatics, no. One driver claims to have driven over 140,000 miles for thirteen years without transmission problems. Considering the average vehicle lasts twelve years, that’s pretty good!

The same car owner said that one time the sensor went bad, and that it cost him about $20 to fix it himself. Of course, if you can’t do the repair yourself and head to a garage, it will cost more.

Why do people like driving this car over a regular old standard or manual? The answer may surprise you.

It’s the racecar potential. Some people race these cards on track days or when they have a stretch of private road. Once you are comfortable with the various paddles and levers required to operate the car, it’s a lot of fun to drive.

Such gearheads insist the car is not an automatic! They say that the it is a manual car that doesn’t use a clutch pedal. These systems can be modified and upgraded, too. Getting a software update and an extra gear can create a system that rivals the E60 M5 or the E63 M6, for example.

If you’re on the fence about the SMG transmission, and you’re worried about power, the current fans say don’t be. It’s a fast setup, they argue. The shifting, the actual change of the gears, is better than any manual driver could do, so that’s the finesse that makes the SMG transmission so evocative.

The cars aren’t much heavier, either.

The way we see it, there are two drawbacks to having a car with an SMG Transmission. The first is that people will be quick to judge your car purchase if they don’t like BMW’s selection on this one. Secondly, the parts involved in the transmission system can still bust down although overall it has fewer problems.

What can go wrong?

People also hate the BMWs with SMG Transmissions because they’re purists or snobs.

When Does the SMG Transmission Head to the Junkyard?

The whole idea behind this hybrid of transmission qualities is to give the racecar quality for street driving courses. It’s an investment that doesn’t make sense for everybody.

With a software component that is a little complicated, pedals, and paddles, driving the car takes practice. The six modes for driving may sound nice, but do you have time to learn when and how to operate each one?

If you’re thinking this sounds cool, but you’d mostly drive in auto, then it’s not worth it.

Today, vehicles with an SMG Transmission have a bit of a fan club, though. There are plenty of vehicle owners out there who admire the digital aspect of the ride or they like feeling like speed race coming down the expressway.

For everybody else, however, this may just be another fancy type of car that makes no sense keeping in the driveway. If that’s the answer you wanted to hear, you might be better off selling the car or sending it to the junkyard.