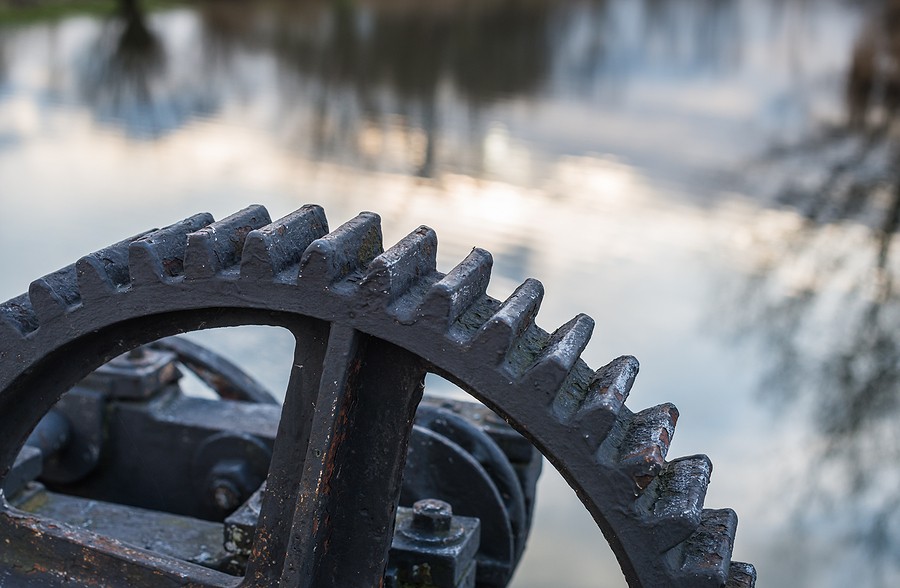 A car wouldn’t be complete without gears. These gears are in the gearbox which is an essential part of the car’s overall mechanism. The power from the engine is supplied to the gearbox making its series of gears to provide the car with more power and less speed or more speed and with less power, depending on where you are driving. Whether you are on an uphill climb, driving on slow traffic, or speeding on a highway. The gearbox is the one that provides you the torque and speed you need on whatever surface you drive on or the driving situation you are in. It is also the gearbox that allows you to shift reverse so the vehicle can move backwards. The gearbox as a whole has four main components that work together to do its required function. Its main components include the counter shaft, the main shaft, the bearings, and the gears. As for the gears, there are different types of them and the most commonly used ones are the straight cut gears and the helical gears.

Straight cut gears and helical gears are two of the commonly used gears in the automotive world. Many are confused between the two since both can be utilized in many similar types of applications. Let us go through the differences between each gear and what makes the other more special, or not.

Can Any Transmission Be Converted to Straight Cut Gears?

There are lots of car enthusiasts who chose to convert their gear system to a straight cut gear mechanism to improve its speed, performance, and efficiency. You can convert a helical gear to a straight cut gear. In fact, converting it is fairly easy but converting a straight cut gear to a helical gear is not possible. Changing your vehicle’s gearbox really depends on what you are trying to achieve. There are a couple of things you need to consider in making the decision whether to have your gearbox converted or not. Or if you are planning on getting or building your next vehicle and deciding what gearbox you should use and install.

One of them is practicality. If you are using your car in city driving, then helical will be the best choice. You won’t need the additional torque and speed and definitely you don’t want to deal with the whining sound every time you drive around. Helicals also have a stronger bearing surface with a structure that allows you to take on heavy loads. But if you use your car for racing, straight cut gears will be the best option. It suits well for that purpose. Because when you are hitting the track a lot, the absence of the thrust force and your gears not creating excess heat and weight will make your vehicle more efficient and will fare better for a long period. Racers also utilize the use of the straight cut gearboxes because it is easier to replace. Racing sometimes needs quick gear changes. More importantly, they can also use the reduced weight of the gearbox and the reduced friction to their advantage. The reduced friction sends more engine power to the wheels and it helps decrease the fuel consumption. It also reduces the need for added cooling capacity that usually has a cost in aerodynamic drag.

There are also people who don't like the limited transmission torque capacity which the helical cut gears provide. In order to drastically increase the torque capacity of the transmission, they opt to install an aftermarket straight cut gears in exchange for their factory-equipped helical cut gears. They could install or set it into the case that came from the factory with helical gears. As a result, they get to enjoy the increased torque. They probably don’t mind its loud sound as most motorsport enthusiasts do.

There are some applications where converting your helical gears into straight cut gears won’t be necessary to achieve increased torque capacity. You can increase the torque capacity of your transmission a lot more than the power your engine produces. This can be done by simply reducing the helix angle of the helical gear. Doing this not only increases the transmission capacity, it also can keep the whining noise at a more acceptable level.

There is also another gear design called the double helical gear. It eliminates thrust loads and has a possibility of providing smoother operations. Though this gear offers many positive outputs, there is no available data or any additional information that confirms that this design can be used in an automobile. The double helical gears are usually wide and it might not be suitable for a car transmission.

Understanding the differences of each gear setup and what they can do to your vehicle will help you decide whether you really need it or not. If you are still torn between converting to a straight cut gear or not, it is better to take your time in deciding and do some research about the gears and make sure that it is what you want. It has been stated that changing from a helical gear to a straight cut gear is easy, but changing it back is impossible. Or if it's not, it would probably cost more and will require more maintenance and service. If you are already determined to have your gear changed, it will be best to pay a visit or call a trusted professional and inquire about its procedures and its possible outcome.

With the advancements of technology, more and more people are experimenting the transmissions of their cars with the hopes of increasing their car’s performance and overall capabilities. Straight cut gears probably make the cut as a great choice for this purpose. Many cars use this gear and they are usually winning their races with its improved efficiency and speed. The decision is all yours.