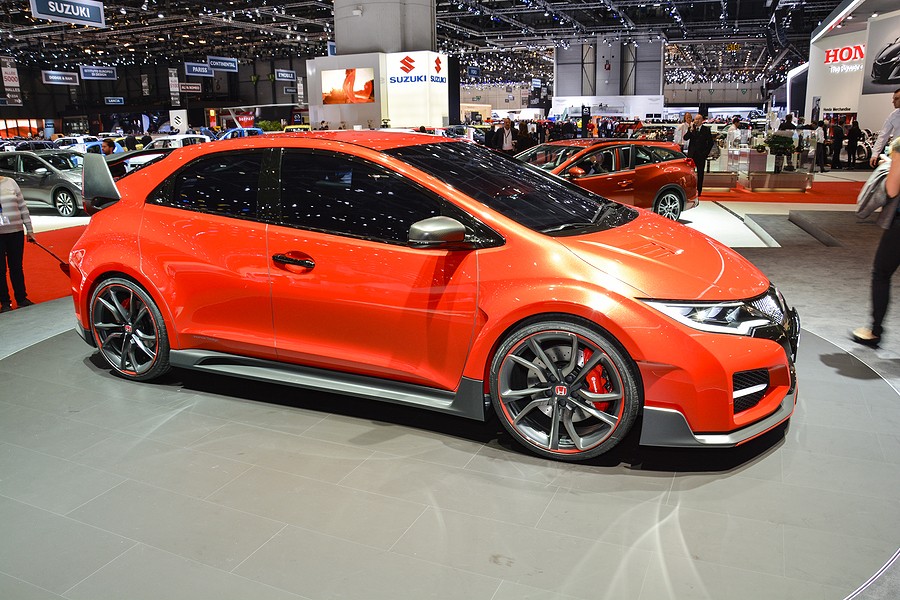 History of the Honda Civic

The Honda Civic first arrived on scene in 1973. The marketing ploy at the time for this brand-new vehicle was simple and direct.  “It’ll get you where you’re going” was the tagline used to draw attention to the bare-bones quality of the vehicle but also the simplicity of the features. In the first model release, the Honda Civic boasted an 50-hp 1169-cc four-cylinder engine, four speed manual, and room for four passengers in the vehicle. As we all know, the bells and whistles would come later as well as some of the quirks, kinks, and problems in the Honda Civic.

Problems in the Honda Civic

It seems almost impossible these days to view a vehicle in the industry today that does not bear some blemish of a factory recall. However, keep that astute thinking in mind as we lay out in chronological order the recalls and problems the Honda Civic has endured over the past decade and beyond. Read on, and don’t forget to take some notes!

2003 is the opposite of the “golden year” for that particular model year of the Honda Civic. 2003 is where seemingly, all the trouble began for this vehicle that was taking the car buying population and the culture by storm. The two main recalls that occurred during this time in 2006 were for the exterior lighting system and the frontal airbags.

The exterior lighting system recall was combined into two separate recalls. The first, stated that some of the lamps inside the front headlights of the vehicle were not equipped with amber side reflectors. According to the recall, “without the amber reflectors, the vehicle will be poorly illuminated, possibly resulting in a vehicle crash without warning.” Yikes. The second exterior lighting system recall was made in 2009 for a similar problem. The recall was warning that in addition to the front headlights, the tail and bumper headlights may not have been properly equipped with these amber side reflectors again decreasing the visibility of this car on the road to other motorists.

The second recall in the 2003 Honda Civic was for the frontal driver side air bags as late as the year 2019. The crux of the air bag issue was a specific piece in the frontal driver side air bag may have been faulty. Due to the improper addition of this part, when the airbags inflated there was risk of explosion and death anyone within range of the inflating air bag.

Spanning the years 2015 to 2019 the Honda Civic was rife with recalls all centering on the air bags. The first recall in 2015 was for a possible threat that moisture would get into the front driver air bag. This flaw in the front driver air bag could, over time, ruin the air bag thus, making it non functional for its life saving purpose. In 2018, things just got worse. The second 2005 Honda Civic airbag recall was for the passenger side frontal air bag which the recall said, “the front passenger air bag may have been installed incorrectly during replacement”. The most recent air bag recall in 2019 was for the frontal driver side. This recall indicated that a faulty inflator could potentially explode within the air bag causing harm to anyone in the vehicle.

The 2006 Honda Civic is when things start to get pretty messy. For this model alone there were 15 recalls created spanning from the years 2006 to 2020. We will solely focus on the most recent recalls due to the fact these will be affecting customers who may have just recently purchased a 2006 Honda Civic.

2020 Recalls on the Honda Civic

In the year 2020 alone there have been five recalls for the 2006 Honda Civic. The first issue as again, the air bags. In February of 2020 and again in June of 2020 air bags were a problem that had apparently not been dealt with. The most recent recall in June of 2020 focuses on a position sensor harness that is damaged potentially allowing unsafe driving practices in the vehicle. The electrical system was up next. In March and June of 2020 the electrical system was mentioned in the recalls. The main problem with the electrical system was driver’s were reporting erratic transmission shifts while driving. This is particularly dangerous due to the damage this problem could cause to other drivers on the open road.

The Honda Civic Hybrid was an exciting new model when it hit the vehicle industry a few short years ago. Unfortunately, it is not without its problems and recalls as we will demonstrate below.

Have you started to notice a pattern yet? We sure have. The air bags have been plaguing the Honda Civic seemingly since the dawn of time and they still have not been fixed? Interesting. In the 2007 Honda Civic Hybrid air bags had been a problem since 2016 all the way until 2019. Intriguing enough, all four of the recalls centering on air bags are all for the same problem. As we have previously stated above, many of the front driver and passenger air bags in these Honda Civic vehicles were improperly placed in thie vehicle. Given these improper placements, there is a risk of the air bag exploding once it has been inflated inside the vehicle.

In 2011, a recall as created for the 2007 Honda Civic Hybrid regarding the electrical system. The major problem was with the voltage converter failing. Results of the voltage converter failing would be headlights might turn off, and the engine would stall. Just these two results alone are very dangerous and would put drivers at risk and other drivers on the open road vulnerable to this faulty piece of equipment.

The 2008 Honda Civic Hybrid issues center on you guessed it, air bags. Starting from the years 2016 ending in the year 2019 recalls have been popping up about the dreaded air bags.

Starting in 2016, the air bags were left vulnerable in the 2008 Honda Civic Hybrid. The first recall was for the faulty piece of equipment included in the air bags that could potentially cause an explosion. This prompted another recall in 2019 for the same issue. In addition, in the same year 2019, another recall was released about the air bags citing a faulty air bag that may not inflate if needed in an emergency situation.

In 2008, a recall was created for the 2009 Honda Civic focused on problems with the fuel system. The main problem was a small bracket that covers the fuel hose connector was supposed to be covered with a bolt and nut. Unfortunately, according to the recall the nut was not installed. Due to this failure, in the event of a crash the fuel hose connector could lead to a fuel leak. A fuel leak could create a fire to the 2009 Honda Civic.

The air bags are back! No surprise here! In the years 2018 and 2019 a recall was created again for the 2009 Honda Civic due to metal fragments that may explode within the air bag if it is inflated during an emergency situation.

Similar to the 2008 Honda Civic Hybrid all of the recalls on record are centered on faulty air bags placed within the vehicle and metal fragments potentially added to the air bag. Ranging from the years 2016 to 2019 the recalls put in place for the 2010 Honda Civic vary from degrees of seriousness but again, all focus on the faulty air bags.

The Honda Civic has enjoyed a lengthy history within the vehicle industry. Starting in 1973 the Honda Civic splashed on the scene striking a humble but poised position. As the years progressed, problems with Honda Civic started to mount with great intensity. At CarCashBuyers, we were able to discover issues from the years 2003 to 2010 focusing on these Honda Civic and Honda Civic Hybrid models. Due to the sheer volume of Honda Civic models and the recalls accompanying these vehicles we were not able to include every year model and recall. If you would like to learn more about your Honda Civic we recommend checking our our blog, and the NHTSA website. Lastly, if you currently own a Honda Civic and would like to see what bang you can get for your buck, don’t hesitate to give CarCashBuyers a ring and let’s work together!

PrevPreviousCash For Junk Cars Mansfield, OH – Junk A Car- Get Paid On The Spot!
NextCoolant Reservoir Replacement Cost: Everything You Need To KnowNext