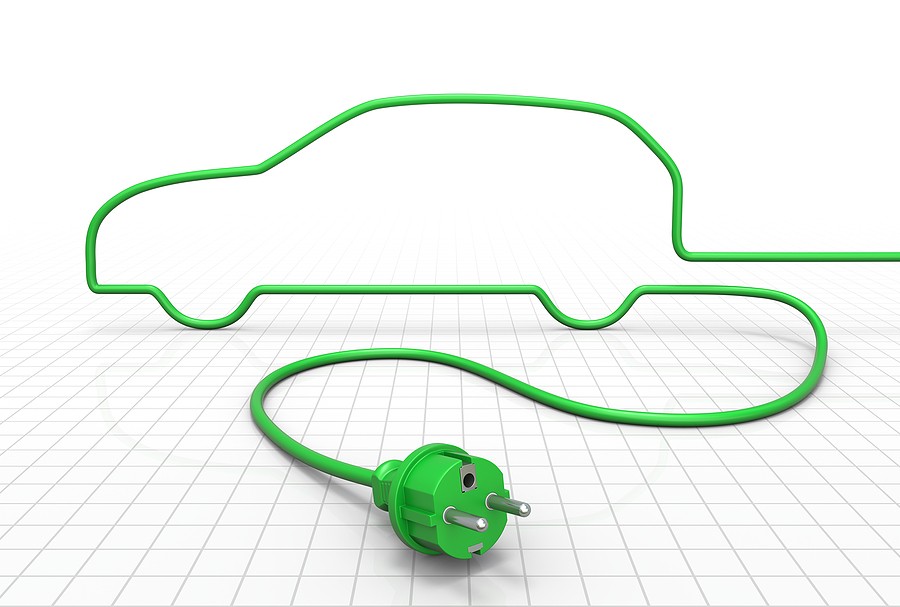 A significant source of today's pollution, which includes ozone, lead, hydrocarbons, particulate matter and other smog-forming pollutants, are passenger vehicles and heavy duty trucks. Vehicles emit major quantities of nitrogen oxides, carbon monoxide and other pollutants. As the world is starting to feel the effects of global warming and other environmental issues caused by the pollutants major motor manufacturers are now making big changes. More and more people are now becoming more environmentally aware so the market is getting stronger for more eco-friendly vehicles. Let us now take a glimpse around the bend on the future of electric cars.

Compared to internal combustion engine automobiles  EVs are very responsive and have very good torque. With many EV charging stations offering the option to operate charging from a mobile app, EVs are also more digitally linked than traditional vehicles.

Just like a mobile phone you can plug in your EV before going to sleep, and have it ready to go the very next morning. Most EVs will charge to maximum capacity in about 8 to 12 hours using a 7kW home charging port, so your car will be ready to go when you are. Rapid chargers will even further speed up the process, charging most cars in less than an hour to around 80 percent.There are a number of choices for charging, because the electric grid is available almost anywhere: at home, at work or on the road. You will never have to visit a gas station again.

While the price of an EV may be similar to most equivalent petrol or diesel vehicles, especially over the full life of the vehicle, the cost of running one is significantly cheaper. You will spend much less on an electric vehicle than you do on your current car, from tax incentives and special government grants to improved fuel economy, lower energy costs and lowered maintenance requirements.

The vehicle is typically powered by three main components; the on-board charger, the inverter and the motor. This implies that the car has much less wear and tear and little stress on the engine, with less moving parts vulnerable to damage. All this means you will rarely have to have your EV serviced and there are low operating and maintenance costs. Pure electric vehicles are also designed to be as efficient as possible.

There are zero exhaust/tailpipe emissions in pure electric vehicles, making them greener, safer and better for the planet than petrol or diesel cars. A plug-in hybrid combines a small battery and electric motor with a fuel-efficient petrol or diesel engine, with a standard range of about 30 miles. Electric mode-based plug-in hybrids emit zero emissions from the tailpipe.

Less emissions mean lower greenhouse gas emissions that contribute to climate change. That will also enhance public health and reduce environmental damage. Charging your EV with renewable energy such as solar or wind, further decreases these emissions. The future of driving is bright and clean with newer technology that helps produce even more environmentally friendly batteries, developments in hydrogen and even more powerful, quieter EV engines creating a more comfortable and relaxing driving experience.

All electric cars have instant torque so you'll get an instant response and speed increases as soon as you press the accelerator, making these vehicles perfect for city driving. Batteries are also located in EVs on the floor of the vehicle, offering excellent balance and distribution of weight. This means it is effortless and reliable to handle around corners and curves. So not only they are fun but they are also practical.

The advantages of driving electric cars are obvious. There has never been a better time to turn to driving an EV, with promising new innovations currently being built, which promise to reduce charging times to minutes, expand range and further boost safety and automation features.

Future of Electric Vehicles in the World

and golf courses. After the promise of a mass market with the GM EV1 in 2000 it became apparent that electric drive was poised for resurgence.

Then the renaissance in electrical vehicle manufacturing did happen 2008 due to advances in batteries, with a promise in the reduction of greenhouse gas emissions and improving urban air quality. The rest, as they say, is history.

Volvo from 2019 has an electric motor, while Ford recently announced it will increase its planned electrification investments to $11 billion by 2022. November of this year GM just announced its plans to spend more on electric car development over the next 5 years than it spends on gas and diesel vehicles.

One of the present challenges for electric vehicles is ensuring that there are enough charging stations from point to point for longer trips to be completed. But efforts are already being made to solve this issue. For instance, last January 2020, BP Ventures invested $5 million in FreeWire Technologies, which is a U.S. company that specializes in mobile electric vehicle rapid-charging systems.

The move to electric vehicles is also growing momentum in some nations. Norway provides a glimpse of a future in Europe where electric vehicles play an integral role in society. According to their government, about 27 percent of new cars sold in Norway in December were “battery electric.”

The exemptions from value-added tax, one-off registration tax and traffic insurance tax apply to battery electric cars sold in Norway. For a few exceptions, these vehicles are also permitted to drive in bus lanes and park for free or for half the price.

In the U.K., the Office for Low Emission Vehicles is already providing more than £900 million to secure Britain’s place at “the global forefront” when it comes to the development, manufacture and usage of ultra-low emission vehicles.

In a study made by BloombergNEF they noted that in 2025 electric vehicles (EVs) will account for 10% of global sales of passenger vehicles, with that number rising to 28% in 2030 and 58% in 2040. EVs currently make up 3 percent of global car sales, according to the report.

When it comes to gross vehicle use, BNEF estimates that by 2040, 500 million passenger EVs will be on the road globally compared to a current fleet of 1.6 billion vehicles. So that unfortunately entails that there will still be more internal combustion passenger vehicles than EVs globally. But at least the world is already heading towards the right direction.

Large scale changes are already being made in China, which has long running problems with air pollution.icaA huge fleet of electric buses is now hitting the roads of Shenzhen, one of China's major cities and a center for technological companies. Last June, authorities declared that all 5,698 of their buses had been replaced with electric vehicles by the Shenzhen Bus Company.

As for the United States due to insufficient estimates of charging infrastructure availability, the country will be slower to achieve the rate of adoption that is projected to reach Europe and China.

But according to BNEF, by the end of the 2030s, the U.S. has one factor working in its favor to make a fast catchup possible: about 60% of U.S. households have two or more vehicles, and many have the capacity to add home charging. Almost similar projections are made for South Korea.

Japan, on the other hand, despite being home to Honda, Toyota, Mazda and Subaru is behind EV adoption. But it is predicted that Japanese automakers will be launching more EV options by 2025.

Here are the list of some of the best EVs already out in the market:

Stuttgart’s first EV is a proper Porsche, and Porsche's first all EV is the 2020 Taycan, which is quick to charge, incredibly fast and practical enough to use daily. Meaning it’s the total package.  It’s so much more expensive at $103,800 than its rivals and short on range. But it has an over the top acceleration with excellent ride and handling.

The 4S base model comes standard with all-wheel drive, an adaptive air suspension and navigation. It also boasts a 10.9-inch infotainment screen, Apple CarPlay, and also partial leather seats. But its futuristic technology can be challenging to operate, also as there are no buttons or knobs.

Lane keep assist, parking sensors, traffic sign recognition, and forward collision warning with brake assist are also standard safety systems.. The 2020 Taycan also has a beautiful cabin with spacious room for four adults. The trunk could accommodate at least a few large suitcases, with an addition of a small trunk at the front of the car as well.

An affordable mass-market EV with agile handling, brisk acceleration and spacious cabin it’s not surprising the 2020 Tesla Model 3 is the most famous electric car available to date. It;s a wonderfully engineered car that sells better than all other EVs in the U.S. by a big margin. It’s also the first EV to beat many gas-powered competitors in sales.

Tesla Model 3 also has more range than all other EVs, aside from its more costlier siblings. The car comes standard with a 15-inch touch screen, a built-in dashcam, over-the-air software updates, blind spot monitoring, side collision warning, a Wi-Fi hot spot and automatic emergency braking. The model comes standard with Tesla’s Autopilot semi-autonomous driving technology, as its active safety feature.

Honda’s first mass-market pure electric car that is impossibly cute and the dinkiest and most desirable car since the Suzuki Jinny. It is beautifully engineered and crammed with tech… but that could only come with its price.

The car is a proper tipping point BEV, with 300-mile (ish) range in a small SUV. The gas powered Hyundai Kona model came initially to market for the 2018 model year, with sporty handling, a handsome cabin and comfortable front seats, with outstanding crash test ratings.

The all-electric version of the model was made available in 2019. It’s also like the gas-powered version, but it hasn’t been crash-tested separately. The Kona Electric, however, comes with one of the best warranties in the industry and has an above average history of predicted reliability ratings.

The BMW i3 is the best premium small EV and one of the most pricey short-range electric cars. There’s also an option to add a gas-powered range extender for an estimate of $4,000, but that only bumps the i3’s maximum range to 200 miles. That option also drops the car's electric-only range to 126 miles.

Like any BMW, the i3’s build is top-notch. It has a one of a kind interior crafted with recycled and sustainably sourced and eco-friendly materials. The i3 puts out eager acceleration for city driving and has respectable ratings for safety and predicted reliability.

The 2020 Tesla Model S is a top-notch luxury hybrid and electric car that has significantly more range than all other electric cars. The car can accelerate comparable to million-dollar supercars. It has a usable wideness of range, has tech to boast for and has decent handling enough to demand attention from mainstream manufacturers. The Model S also showcases a premium cabin and expansive passenger and cargo space.

The 2020 Audi e-tron SUV, a highly opulent all-electric vehicle has superb crash test rating and outstanding driving dynamics. It also boasts of state-of-the-art technology features, topped with enough cargo capacity and offers adult-sized accommodations for both of its rows.

Other ecars worth mentioning are the 2020 Tesla Model X, Polestar 2, Mini Electric and Volkswagen ID.3.

EVs offer more than just individual benefits. Their usage benefits the environment, each country and the world as a whole. Slowly but surely it is comforting to know that more and more countries and car manufacturers are giving their attention to this revolutionary cause.