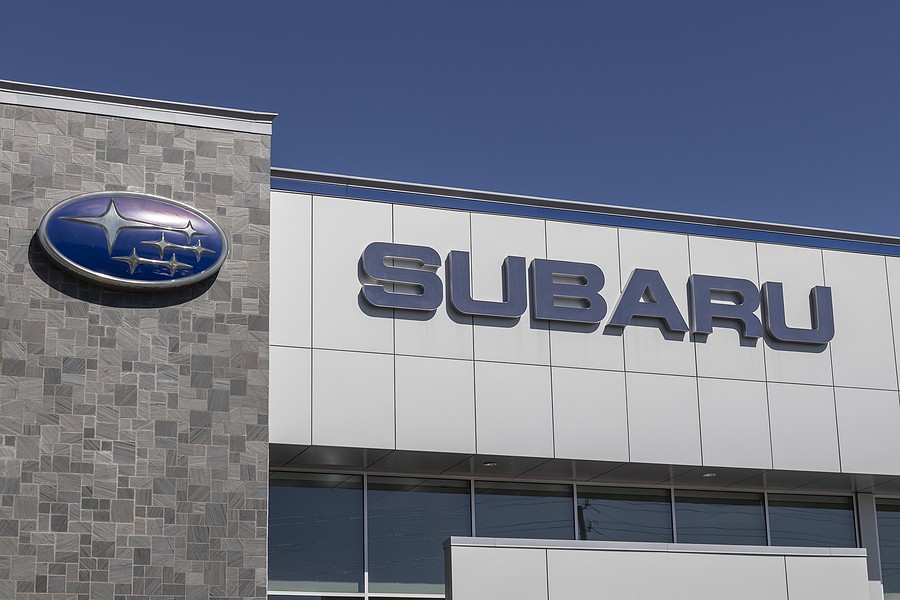 Turbo engines are getting more and more popular today. Turbo engines in the past were made as preserves only for the fastest performance equipment but now, it is fitted in most of the modern cars in the automotive market today – Subaru is one of them. Subaru offers a number of vehicles that are equipped with turbo engines. While the turbo engines are built to be sturdy and reliable, they are not made perfect. There have been some Subaru turbo problems that were reported by a lot of its users. Problems include oil starvation, misfires, oil leaks, and turbo failure.

Subaru turbo engines have come a long way since it started and there have been reports that their turbo engines are getting better and better when it comes to reliability and performance. But what are the causes of the Subaru turbo problems that many users reported? How can you fix it?

There have been some reports about certain Subaru turbo problems that can cause oil starvation. The problem is said to be caused by the oil filter being used by Subaru. The oil filter is small and no matter what kind of oil you put, it can only filter so much. There will come a point that the filter becomes clogged with matter and will go into bypass mode. When it goes into bypass mode, the filter in the bolt will tend to become restricted.

The Subaru has a union screw or bolt which is a filter installed in the turbo’s oil supply line. When this becomes restricted, the oil will have trouble getting to the turbo and it could cause it to overheat and other engine problems.

To prevent this problem, the oil supply bolts need to be checked and replaced when needed every 60,000 miles or more depending on how the car was used. Proper oil change maintenance is also required which is every 3,750 miles. When the proper oil change maintenance is not done, sludge and deposits caused by oil deterioration will clog the oil passages and it could cause excessive wear due to lack of lubrication.

Misfiring is also one of the Subaru turbo problems. This issue can be caused by vacuum or boost leaks, faulty ringland on the pistons, or tight exhaust valve clearances. If the problem is caused by a tight valve, it can cause burnt valves. Tight valve clearance can develop over time because of heat cycles. When you experience this problem, it is important that you have your car checked as soon as possible since ignoring a misfire can lead to a much bigger problem that can be too expensive to fix.

This issue is said to be common on Subaru EJ255 turbo engines. The Subaru EJ255 is a 2.5L flat four engine. This engine has three piston rings. Ringlands –  the areas between the three piston rings, can crack and they are usually the beginning of piston problems. A minor crack won’t be a problem and you won’t probably notice it unless the engine is disassembled.

The cracks won’t become a problem if it stays small but when they start to expand, you will lose a portion off the piston, ring, or ringlands. When this happens, it can result in a serious problem.  You could end up losing some, if not all, compression on the affected cylinder and can potentially damage cylinder walls.

Symptoms of this Subaru turbo problem includes engine knocking or ticking, loss of compression, power loss, and smoke coming from your exhaust. The knocking sound coming from the engine can be caused by losing a chunk of the piston. It won’t always happen but it is possible whenever there is anything that contacts the cylinder wall. The piston won’t be able to seal the combustion chamber properly so you will lose cylinder compression and it could result in power loss. Smoke coming from your engine can be caused by oil that blowbied the rings and enters into the combustion chambers.

When you experience this problem, it is best that you have your car inspected for proper diagnosis. The motor needs to be opened to determine the extent of the damage. You can correct the issue by rebuilding it with a new piston and the cylinder walls will have to be machined. If a rebuild is not an option, you might need to replace the engine.

On November 15, 2018, there was a lawsuit filed against Subaru for the ringland failure that can cause sudden engine failures from piston detonation.

Rod bearings connect the connecting rods to the crankshaft and as vital as it is, it usually takes a bit of abuse. The rod bearings are usually the first ones to be affected if you experience oil flow issues. The problem is quite common if you don’t follow the recommended oil change schedule or intervals.

The rod bearings fail, they can result in rods knocking against the cylinder walls. It can be severely damaging since it could potentially create a hole through the engine block or even seize the motor.

Symptoms of failed rod bearings include rod knocks that tend to sound bad and increase as the RPM does. Another symptom is when you find metal shavings in the oil. You need to check your oil for these metal shavings or have it analyzed. Loss of oil pressure will be noticed too, especially on cold starts if you have faulty rod bearings. When you experience the early signs of a failing rod bearings, do not ignore it. Have your car checked as soon as possible so you can correct the issue before the problems get too severe.

Gaskets are known to be subjected to wear and tear. The valve cover gaskets or VCG are known to deteriorate over time and will begin to leak with oil as it gets old with mileage and age. If your Subaru turbo vehicle is 10 years old or has 100,000 miles on it, it could start to leak any time soon. You might want to have it replaced to avoid other problems.

Subaru is known for manufacturing highly capable and reliable vehicles. They have been in the auto manufacturing business since 1954 but they entered the American market in 1968. This Japanese automaker has come a long way since it started. In fact, Subaru earned the 8th spot out of 26 auto manufacturers in the US automotive market making them one of the most reliable car brands today.

Subaru vehicles are well-known for their boxer engine layouts and their symmetrical all-wheel drive layout which both became standard equipment for the Subaru’s midsize and smaller cars in 1996. In 2012, the BRZ was introduced. Subaru partnered with Toyota for it and the BRZ was equipped with a boxer engine with rear-wheel drive.

Turbocharged versions of the Subaru’s passenger cars are also being offered by Subaru like the Legacy XT, WRX, and Outback XT. Older Subaru Legacy GT and Forester XT vehicles were also equipped with turbo engines but the newer models are not. Although there are Subaru turbo problems that have been reported for these turbocharged version vehicles, they were still well known for their performance, for responding well to tuning and mods, and for being a solid overall engine.

This turbo engine is equipped on the Subaru WRX. It can make 268 horsepower and 258 lb.-ft. of torque and is capable of going from zero-to-60 5.4 seconds.

The 2.04L turbo 4-cylinder engine powers the new Subaru Legacy, Ascent, and Outback vehicles. All three Subaru models can produce 260 horsepower and 277 pound-feet of torque. This turbo on the Subaru Legacy is also fuel-efficient with its 32 mpg on highway driving and can give a total of almost 600 miles of driving range.

This is the most powerful turbocharged boxer engine available. This engine powers the Subaru WRX STI. It can provide powerful performance and extraordinary handling. It can generate 310 horsepower and a 290 lb.-ft. of torque. The 2.5L turbo engine can go from zero-to-60 in just 4.9 seconds.

If you are looking for a used Subaru vehicle with a turbo engine, you need to be aware of the Subaru turbo problems and which engines to avoid.

Subaru is known to have a small but devoted core of buyers. They are pretty loyal to Subaru and that is why Subaru targets those who love and are loyal to its signature engines, drive trains, and their vehicles with rough-road capabilities. However, there are some Subaru turbo problems that you cannot just avoid or pretend to not exist. It will be hard to stay loyal when you know that there is a problem.

The Subaru turbo engine that you need to avoid is the high-performance 2.5L turbocharged engines equipped in the 2009 to 2014 Subaru Impreza WRX and WRX STI models. There have been lots of reports of Subaru turbo problems such as engine overheating, malfunctioning, losing power, stalling, and engine failure.

An engine replacement can go from $8,000 up to $12,000. The problems experienced from the turbo engine are not cheap to fix and for this reason, owners of those certain vehicle models have filed a class-action lawsuit alleging that the pistons and PCV in the 2.5L turbo engine is causing all the aforementioned problems.

Subaru allegedly used a casting process that causes the piston ringlands to weaken and the PCV system results in crankcase oil vapors to reach in the combustion chamber. This can allegedly cause a reduced fuel to air octane mixture and puts more burden on the pistons that can damage and destroy the engine. The plaintiffs claim that their vehicles experience sudden power loss or suffer engine failures. This happens when the internal parts overheat and seize.

Some Subaru turbo problems are severe on certain models, but there are also many Subaru vehicles that only have minor issues. If you are looking for a used Subaru, make sure that you do your research and avoid the turbo engines that are known to be causing a lot of Subaru turbo problems.