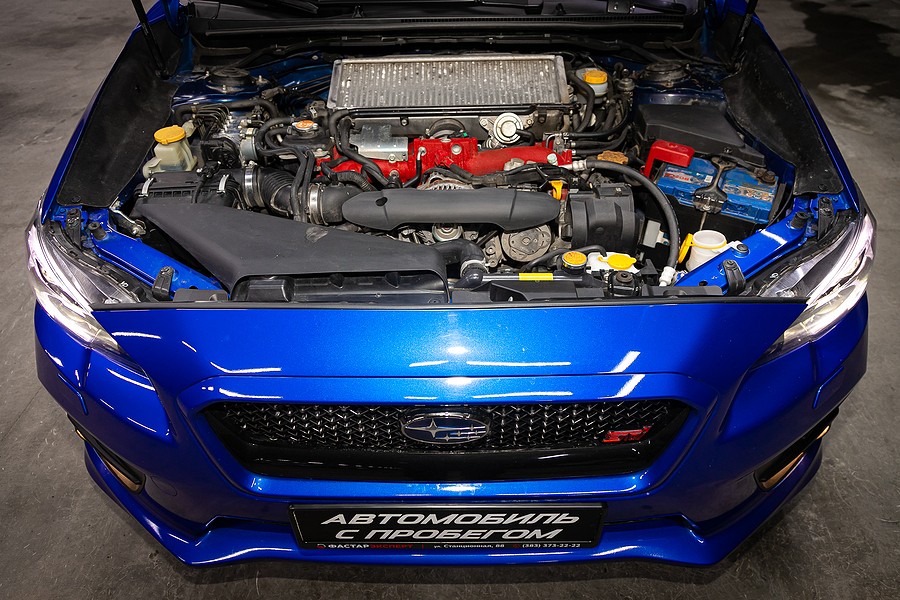 Even though Subaru is not the most popular car manufacturer in the world, in fact it ranks around number 22 out of all of auto manufacturers and most drivers would be hard-pressed to think of 22 different auto manufacturers off the top of their head, they do produce some reliable and popular automobiles. In particular the Subaru engines are a big selling point for a certain segment of drivers because Subaru has a tendency to use what is known as a boxer engine. The boxer engine has definite pros and cons compared to any other kind of engine, but it does have a fan base of drivers who really prefer the performance and reliability that it produces compared to others.

Let's take a look at the engines that Subaru provides and find out what makes them so popular, what kind of problems they have, and if it's even worth it to look into buying a Subaru based on the engine in the first place.

Subaru introduced the boxer engine in the mid-1960s. Today every single vehicle that Subaru produces is powered by the same engine, although they are obviously available in different kinds, different sizes, and able to provide a different array of performance as well.  In case you're wondering, it gets the name boxer because of the horizontal movement of the pistons. Because they're facing each other it's like two boxing gloves coming together to punch each other.

In addition to this unique design there are advantages to choosing a boxer engine.

A boxer Subaru engine is smaller than something like a big block V8. Because the engine is compact and lightweight, and the design is more symmetrical not just in how it's laid out but how it fits in your vehicle the power that it's able to create is a little smoother. That means you have more direct power delivery and acceleration in your vehicle turns out to be smoother as well. If you've ever been in a car that has some kind of a monster V8 or V12 engine and felt it roar to life when you put your foot on the gas pedal, you don't get that same experience when you're using a boxer engine. Rather than lurching you forward that way; you just slide right into higher speeds.

Because of the size, weight, and location of a boxer Subaru engine in your vehicle it has a low centre of gravity. This in turn makes your vehicle better able to handle corners with a greater degree of stability. As well you're going to get a more comfortable ride and the car will tend to feel more responsive overall. Potentially this means that you have a better reaction between what you're asking the car to do and how it responds to you. That could mean you are better able to avoid accidents and hazards in the road.

Like we said earlier, because the pistons are moving side to side rather than up and down or on an angle, the entire design is more well-balanced.  The whole engine is positioned in line with the drivetrain and that in turn means there's a better transfer of power from one to the other. Consider how other non Subaru engines are built and installed in vehicles. If they have transverse layouts, there are additional components that are required in your engine to transfer the power created by the engine into motion that is produced by your car.

Additionally, with an all-aluminum construction and a smaller more compact design your engine has to do less work to provide better performance. That's how a boxer engine can boast greater fuel efficiency over a larger and bulkier engine. Instead of the effort that's actually put into carrying that massive engine around and getting it to work properly, the engine is better able to transfer power to the entire vehicle to make it work more smoothly and efficiently.

In general, with a boxer engine, you are going to see less friction and less vibration which means a more efficient performance overall. Less wear and tear on the engine, and better fuel efficiency as a result.

We touched on this a little bit earlier in the handling and the efficiency of the vehicle but because of the low centre of gravity that a Subaru has as a result of a flat boxer engine it means the entire vehicle is more balanced and more compact. All of this translates into a vehicle that is more responsive and safer as a result. The handling is naturally quicker because you're not carrying the extra bulk and the engine doesn't have to work harder to perform the same task as it will in more traditional engines.

Additionally, something that most people don't realize is that if you get into an accident with a boxer engine you are far more likely to suffer less damage as a result. Consider how a front-end Collision Works with a traditional engine, a V-shaped engine in the centre of your vehicle is going to get pushed back into the cabin of the car if the accident is severe enough. That's going to tear up a lot of the vehicle and potentially cause serious injury as a result.

Because of the size and layout of a boxer engine, if you were to get into a severe head on collision the engine itself is actually pushed under the floor. It's remarkably hard to push a boxer engine in a Subaru into the cabin of the vehicle however it would have to be a freak and very unusual accident to do so. That means, if the worst should happen, the driver and passengers in the Subaru would be in a far better position to avoid injury as a result. This theory bears out when you take a look at how Subaru performs in collision safety tests.

For the 2020 models of the Subaru Outback, Ascent, and Legacy, Subaru introduced a 2.4 L turbocharged engine. The code name for this was FA24.  These engines have proven to be extremely powerful and reliable and the latest models. Some upgrades over previous models include direct fuel injection compared to the older port injection that previous models had. Because it's now a direct fuel injection it allows for a more precise air fuel mixture being used in the engine which in turn increases fuel efficiency and horsepower as a result. It also lowers the temperature in the engine, so it functions better on several different levels.

There's been some other technical improvements to the engine that Subaru introduced including things like thicker cylinder walls, larger connecting rods, improved cylinder heads to reduce turbulence and improve airflow and so on. All of these little details have made the new Subaru engines incredibly well performing. The end result is that when you compare something like the Subaru Ascent SUV to a competitor's vehicle that has a V6 engine, the Ascent actually has more horsepower and more torque as a result. It will also be more fuel efficient.

How Much Horsepower Does the Subaru 2.4 Litre Turbocharged 4-Cylinder Engine Produce?

As great is the Subaru boxer engine sounds on paper, and real life there are obviously going to be problems that pop up. Subaru has definitely had its fair share of issues as well that you should be aware of if you're interested in picking up a Subaru, especially based on the engine.

Some Subaru models have had serious problems with head gaskets needing to be replaced. In particular you want to be on the lookout for Subaru Foresters that were made from the year 2001 to 2009, Subaru Outbacks that were made during the same time period, Subaru Imprezas from 2006 to 2008 and the 2006 Subaru Baja were all notorious for needing head gasket replacements.

The reason all of these vehicles failed so badly in terms of engine problems was because of the material that Subaru was making that gaskets out of. It was not particularly reliable and prone to early failure. Subaru attempted to fix this by switching to a multi-layered metal shim gasket, but the problem persisted for several years afterwards despite their attempts to fix it.

Based on research from Consumer Reports, if you have a Subaru model that was made in those years the window for head gasket issues popping up was between 90000 miles and 150,000 miles. This was one case where the boxer engine design actually worked against it. Because it was horizontal, when the car was at rest fluids could pool on the head gasket and wear it down much sooner than they would have worn down in a different style of engine.

Unfortunately, getting your head gaskets replaced is not a cheap proposition by any means. The typical cost of this kind of repair was around $1,500.

Newer models of Subaru vehicles should not have the same problem but it's something to be on the lookout for if you are in the market for a used Subaru at any point in time.

In the year 2020 Subaru had to recall 188,000 vehicles due to a risk of engine stall. This affected the 2019 Subaru Legacy, the Subaru Ascent, the Subaru Outback, and the Subaru Impreza. This is all related to a problem with a bad fuel pump.

In October of 2019 Subaru also issued a recall to fix a problem with engine computers that could potentially keep powering the ignition coil even after you turn the motor off. This covered 466,000 Impreza models from 2017 to 2019. It also covered Subaru CrossTreks from 2018 and 2019.

A second recall was issued for 205,000 Subaru Impreza models made from 2017 to 2019 as well as the 2018 Crosstrek because of a problem with the aluminum positive crankcase ventilation valve. The valve could actually just fall apart and get into the engine itself causing damage.

A recall of 760,000 vehicles worldwide covered Subaru Foresters and Subaru Crosstrek that were made between 2013 and 2018. This was because of a problem with faulty rear suspension, but also the engine valve issue. If the valve fell apart then you were at risk of having engine stalls.

In 2019 there was even a class action lawsuit filed against Subaru and Toyota because of an issue with a valve spring recall. The lawsuit stated that Subaru’s fix for this problem actually caused more problems than the valve spring issue did on its own. The risk of failure is said to have increased after the fix and led to some cars Lighting on fire.

There are a lot of benefits to choosing the Subaru based on a number of factors ranging from safety to fuel economy to design. The engine that Subaru uses, this boxer engine, is only available in a very limited number of other vehicles including certain Porsche models. It's unique but has some great benefits providing everything is working the way it's supposed to.

As we’ve seen, Subaru has had some issues with their engines in the past, but what automaker has not? There are definitely some reasons to consider choosing Subaru and its boxer engine over other vehicles that are available.