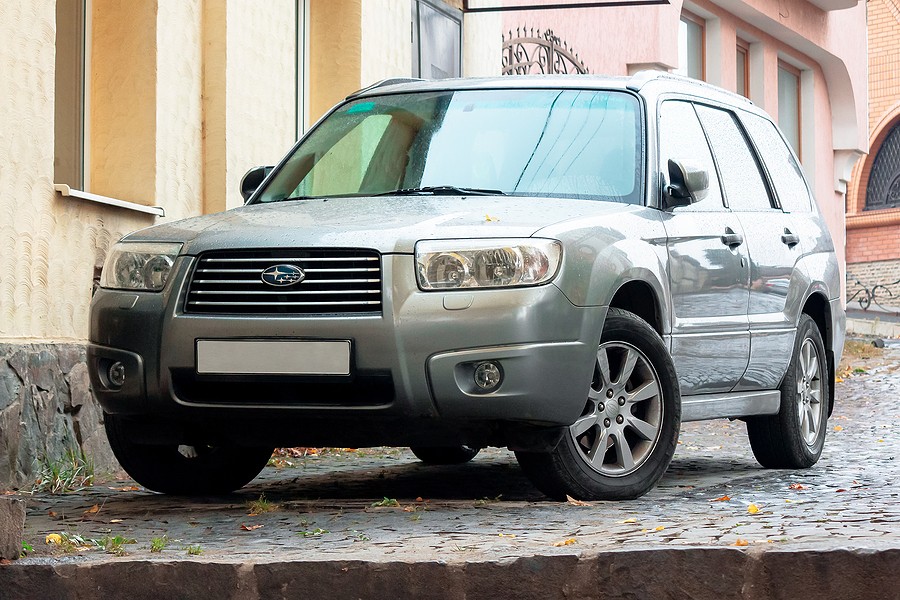 Subaru is the 22nd largest auto manufacturer in the entire world. That may not seem like much, but that means that they still produce millions of vehicles every single year. They've become popular because their cars are affordable and sporty, and many have all-wheel drive capabilities that are appealing to a certain subsection of drivers. Subaru vehicles are also outfitted with something called CVT or continuously variable transmission. Some drivers swear by this kind of transmission while others prefer the older automatic or manual transmissions. Regardless of your position on CVT vs standard transmissions, there have been some issues with Subaru in the CVT over the years.

What Does CVT Transmission Mean?

Manual transmission works by you taking hold of a gear shifter and putting your car in the specific gear that you want it to be in. Automatic transmission, on the other hand, is able to change gears at the appropriate time based on the RPMs of your engine as you increase or decrease acceleration when you're driving. It still goes through gears by steps, however. That means first gear, second gear, third gear and so on.

Continuously variable transmission is meant to smooth out the process of shifting from one gear to another by instead transitioning upwards or downwards as a process of maneuvering through the gear ratios. A series of pulleys increase or decrease the gear ratio so you don't have that clunky moment between first and second gear or second and third gear where you can lose a little bit of power and have kind of a clunky, sketchy transition.

If you think of traditional gear shifting as going up a series of steps from first gear to second gear and so on you can think of CVT transmission as ascending a ramp. The purpose here is to increase fuel economy as you increase your speed because you're not having the harsh transition from one gear to the next. It's supposed to make your engine operate more efficiently and easily.  Basically, CVT transmission is meant to be more responsive and faster than the traditional styles of  transmissions because you don't have to pause between gears even if it's only for just a moment.

The fuel economy associated with CVT transmission is increased by the fact that the technology itself is actually lighter than your standard transmission setup sorry. Since it takes up less space and less weight in your engine, it also becomes more economical for operating your vehicle in the long run. This pans out by the numbers because on average a CVT transmission is going to save you about 4% on your costs overall. That's not a huge difference, but it is something worth taking into consideration.

Unfortunately, even though CVT transmission sounds like it's meant to be better on paper, it has had issues over the years particularly in a few models of Subaru’s vehicles.

In 2017 Subaru offered a warranty extension for over one-and-a-half million vehicles that covered problems with a continuously variable transmission. The warranty extension was made for vehicles produced between the year 2012 and 2017. Instead of a recall, the warranty extension offered a near doubling of the existing warranty. Previous warranties we're good for 5 years or 60,000 miles. This extension gave you a 10-year warranty or 100,000 miles, whichever came first. They covered Subaru Legacy, Subaru Outback, Subaru Forester, Subaru Impreza, Subaru Crosstrek, and Subaru WRX.

If your vehicle did not fall into the 2012 to 2017 date range, there was a small warranty extension offered that only lasted for an additional year. This warranty extension was offered instead of a recall, so it essentially acknowledged that there was a problem with the CVT Transmission in all of these models across those years, but not to such a degree that Subaru felt it was necessary to fully recall every model.

A number of drivers have felt that a full recall should have been issued, but the recall did cover a lot of problems for drivers who was experiencing transmission issues figured since some of these problems could have brought with them repair bills that were upwards of $4,000 or so, it was a pretty helpful extension to have for the drivers who needed it.

Subaru has been making the Forester since the 1998 model year. It has had some problems with the transmission over the years, and particular in 2017. For this model year drivers reported having issues with the transmission shuddering and jerking which happened very early in the life of the vehicle. Transmission problems popped up as early as 2,500 miles into the life of the vehicle. This jerking problem was so severe that it would actually knock things off of the dashboard and even spill drinks and cup holders. That's a severe problem for any kind of transmission to have.

The 2014 and 2015 models of the Subaru Forester also had problems with the CVT transmission fairly early in the vehicle's life. This issue was much the same as in the 2017 model and presented itself as severe lurching and bucking where the vehicle got up to speed. There are also problems with the transmission just slipping and failing completely. This often happens between the 40,000 mile and 50,000-mile mark.

Subaru Ascent is a fairly new vehicle in the Subaru lineup, having debuted in the 2019 model year.  There have been very few issues reported with the Ascent’s transmission in no small part due to the fact that it is such a new vehicle. With that in mind, the Ascent is a reliable vehicle overall.

In the same year, Subaru issued a recall for faulty transmissions that affected a number of vehicles in their product lineup. This transmission problem could lead you power loss or hesitation with driving and result in either sluggish driving acceleration or potentially a crash.

The problem was caused by a faulty pressure sensor in the transmission that would give incorrect readings to your vehicle's computer and result in reduced hydraulic pressure. So far there have been no serious accidents reported related to this particular recall. Subaru ended up free calling 76,842 Ascent models for this transmission issue.

You may know the Subaru Crosstrek is the Subaru XV Crosstrek if you happen to buy one before the 2016 model year. Since it became just a Crosstrek it does not have very many issues with the transmission. Only minor complaints Have popped up since that time.

As far as the Subaru XV Crosstrek goes there were some additional transmission problems with the model years from 2013 to 2015 but not insignificant enough numbers to make it stand out as being problematic. The biggest issues with the transmission in these years were grinding noises, erratic shifting and slipping of years, as well as some hesitation in the transmission.

One of Subaru’s most popular models, the Outback has been in production since 1995. 2011 was definitely the worst model year for the Subaru Outback and the CVT transmission. The most common problem for this model year was total transmission failure which occurred for a number of drivers around a hundred thousand miles. This is a very serious issue that brought with it repairs that cost upward of $4,000.

There was a recall issued in 2011 for a Subaru Outback transmission but it wasn't a comprehensive recall by any means. Only 800 vehicles were subject to the recall and it was related to gears not being properly lubricated leading to a groaning sound that could develop, power loss, and a potential crash.

In 2010 the Subaru Outback had some problems with torque converters locking up and also noise in the transmission when it was shifting through gears. These were not chronic problems either, and didn't affect the overall performance of the vehicle too badly.

In 2014 some drivers also reported a few issues with their Subaru Outback’s transmission such as hesitation, shuddering as the vehicle transitioned through gears and so on. Combined with the fact that 2014 had a number of issues that were related to transmission and you could make a good case that a 2014 Subaru Outback is a model year that you'd want to avoid.

Another classic model from the Subaru company, the Subaru Legacy was first produced back in 1990. Despite the age of the vehicle and his had relatively few transmission problems over the years, none that make it a standout or statistical anomaly.

Most years of the Legacy have proven to be extremely reliable in the long run, but if there was one year that you might want to think twice about is probably the 2015 model year of the Subaru Legacy. Drivers reported a number of issues with this model years transmission including that hesitation issue that is seen to pop up in every Subaru model, as well as difficulty shifting and noises and jerking. In some cases, drivers even reported problems with transmission fluid leaking.

Perhaps unsurprisingly, Subaru did Issue a recall for a number of 2015 Legacy models because of the transmission leak. It didn't cover a large number of vehicles however, in fact only 3,000 models were affected by it. Still, there was risk of fire associated with the leak, so it was a serious issue that didn't need to be addressed.

The WRX is another Subaru model that has proven to be fairly problem-free over the years. 2015 was another year with some issues in terms of the transmission for the WRX. The problems were of the fairly mundane variety, specifically issues with noises or the transmission staying in neutral and not shifting out again. By and large, the WRX has been a pretty reliable vehicle and one that you shouldn't have too many problems with.

This has been one of the most reliable Vehicles Subaru has ever produced in terms of transmission. In fact, the 2013 model year is the only one that has had any significant number of complaints related to transmission and that's just relative to the other model years. Complaints were not levied against the 2013 BRZ in any significant numbers at all. Suffice it to say, if you're interested in a sporty Subaru then the BRZ is definitely a model that you'd want to take a look at.

Subaru CVT transmission is something that some drivers think is the best thing on the road and other drivers are really not a fan of it all. Because of the number of recalls and the warranty issue related to this transmission, you can clearly see that it's something you should keep in mind if you are interested in picking up a Subaru, especially one built between 2012 and 2017.

When it works properly, the CVT transmission in the Subaru is a great asset. It makes your drive a lot smoother, it saves you money at the pumps, and it's more efficient at getting the job done than traditional forms of a transmission are. But again, that's when it's working as it's supposed to. And as we’ve seen it doesn't always work that way.

If you are interested in a Subaru model, just keep in mind which ones have had issues and if it's an older model vehicle no matter what kind of see where it is, always remember to bring a trusted mechanic along with you to take a look at it and make sure it's still in good working order.