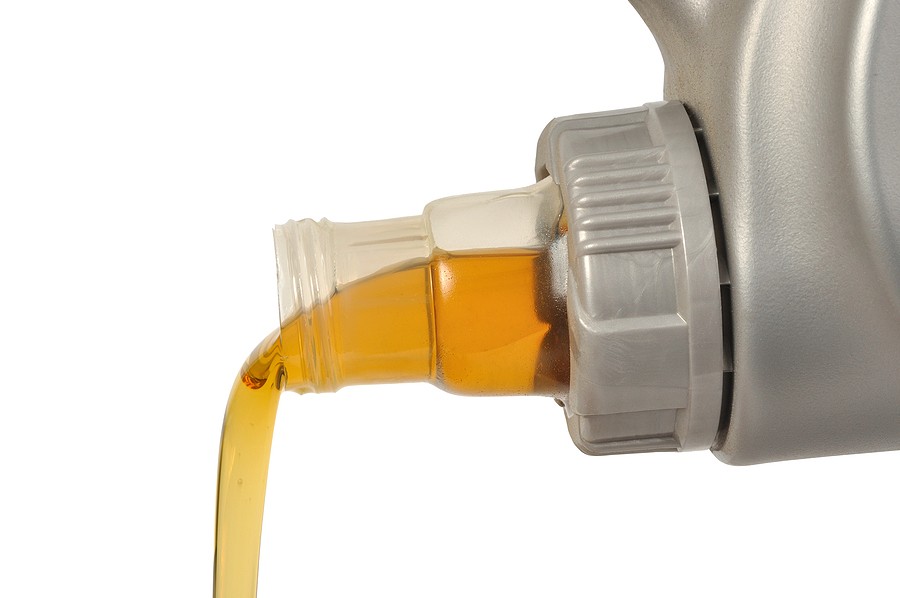 Synthetic motor oil — being manufactured through the controlled synthesis of ingredients by chemists, scientists, and engineers in a laboratory — produces an oil with the maximum level of lubrication and engine protection when paired with a high-performance additive package. With that, should you use synthetic oil for winter? There are several reasons to switch to synthetic oil for the winter if you've been using traditional oil. Synthetic oil does not include any of the impurities found in regular oil, therefore it performs better even in harsh temperatures like during winter. However, if you park your vehicle in a garage both at work and at home anyways, then you probably don’t need to mind so much about switching to conventional motor oil getting too cold. And if you do park outside, the only difference is the warm-up time after you start the vehicle. In this article, we will discuss more this in depth.

Is synthetic oil better in winter?

Synthetic motor oil has earned a reputation in the automotive industry, with many new vehicles having it on the gas tank even before they leave the dealership. Some people feel that changing from conventional to synthetic oil is always required in the winter. So should you use synthetic oil for winter? It has its perks but it is not necessarily the case.

So we can understand things better, let us discuss the differences between conventional and synthetic oils. It's helpful to grasp the differences between the two oils in order to see why switching to synthetic in cold weather can be a good idea. Synthetic oil is a man-made product that incorporates additives to assist it to withstand extreme cold and heat. Conventional motor oil is derived from crude oil, and it may or may not contain additives.

But again, you will be spending more money since synthetic motor oil is more expensive than conventional motor oil. However, you should also know that you will not be needing to change your oil as frequently if you have synthetic oil so the cost difference is offset. Synthetic motor oil does not need to be replenished until 7,500 miles, whereas conventional motor oil should be changed every 3,000 miles, especially in the winter. Synthetic engine oil gives you two for the price of one.

What type of oil is best for winter?

If your car's engine is its beating heart, oil is its lifeblood. This is especially true in the winter. The season's single-digit temperatures might cause your motor oil to flow excessively slowly or not at all, putting a strain on your engine when it starts. That is why selecting the proper motor oil is so crucial.

The viscosity of motor oil is a measure of how thick or thin it is. The slower it flows, the higher the viscosity. The Society for Automotive Engineers assigns a rating to all motor oils. A good example is 5W30, where the “W” stands for winter and the “30” represents the oil's cold weather grade. In cooler conditions, the lower the W value, the better the oil will perform. For winter use, a 5W oil is often advised, however synthetic oils can be made to flow even more readily when it's cold. They will be able to pass tests with a 0W rating in this manner.

The average motor oil today is made up of 80% base oil and 20% additives. The base oil can be conventional, synthetic, or a combination of the two. Detergents, dispersants, friction modifiers, viscosity index improvers, and other additives are examples. So, which is the better option? Should you use synthetic oil for winter?

Conventional oil is the basic automotive oil. It is inexpensive and fulfills most manufacturers' specifications, but it does include some contaminants. High Mileage oil on the other hand is a regular motor oil that has been upgraded with additional conditioning agents and additives to assist reduce and prevent leaks while also lowering oil consumption in older engines. This option can help your automobile last longer if it has more than 75,000 miles on it.

Synthetic Blend Oil contains a combination of synthetic and mineral oil and is an excellent starting point for drivers looking to increase performance at a cheaper cost than a full synthetic. They're popular among drivers of SUVs, pickup trucks, and General Motors vehicles that require Dexos-rated oil.

Oil that is completely synthetic has less contaminants, which makes it appropriate for today's high-performance engines. It also flows better at low temperatures and retains peak lubricity at high temperatures, providing the optimum protection even when the engine doesn't need it.

However you should note that if you don't change your oil on a regular basis, it won't matter what oil you use. Why? Fresh motor oil, like bathing, maintains your engine clean and helps you avoid the potentially detrimental consequences that a worn-out oil could have on your car. Don't neglect this crucial step if you want to get the most out of your car's performance, fuel efficiency, and, most crucially, engine life.

In conclusion, synthetic 5W30 multi-viscosity oil will provide the optimum protection in both extremely cold weather and extremely hot engine temperatures, and a multi-viscosity 5W30 oil will flow faster in cold weather and is suggested for year-round protection. What matters most is that you consult your owner's manual to establish the right viscosity grade, engine oil specification, and oil drain interval for your vehicle.

Almost every oil company now has a synthetic motor oil in its portfolio of products. As more individuals learn about the benefits of synthetic oil and as more automakers resort to these high-performance lubricants to give their vehicles the maximum protection.

One of synthetic's best qualities comes in handy during the winter and should you use synthetic oil for winter your motor oil will flow more easily than when you use regular motor oil. This means that on those icy mornings when you're trying to start the automobile, synthetic motor oil will crank the engine faster and easier than conventional motor oil. Synthetic oil, believe it or not, can flow in extremely cold temperatures as low as minus-70 degrees Fahrenheit.

Synthetic oil protects vehicles during cold starts due to its low pour point. As a result, because synthetic oil flows swiftly to moving parts, there is less wear inside the engine. Before synthetic oil, conventional oil would sit in the pan until the engine warmed up and “thawed” the frozen oil, allowing it to flow to the engine's key sections.

Synthetic oil not only protects important engine parts in the cold, but it also keeps them clean mile after mile. Synthetic oil prevents oxidation, or rust, which keeps engines clean and performing at their best. After all, a well-kept engine is a productive one. Synthetic oil also reduces friction in the engine, allowing it to operate cooler. As a result, synthetic oil is an excellent lubricant in any season, not just the winter.

Synthetic oil is a wise choice for protecting your engine and keeping it “jetting” down the highway for many miles to come, especially during cold seasons.

Does synthetic oil get thicker in cold weather?

Synthetic motor oils have fewer waxy paraffins compared to conventional all so they stay fluid at significantly lower temperatures and continue to provide exceptional protection to the engine. Certain viscosity grades of Mobil 1 completely synthetic motor oil, for example, are intended to resist temperatures as low as -51°C (-60°F), allowing it to be easily supplied to engine parts for friction protection at startup. Engines can start faster and wear and tear can be reduced, resulting in longer engine life.

Motor oil thickens and loses its “pumpability,” or ability to be pumped through the engine by the oil pump, when the temperature drops. After all, cold, thick oil is harder for an engine to pump, and if it becomes too viscous, it can completely cease flowing.

Critical engine parts are not properly lubricated during start-up and can develop wear as they come into contact with each other if there is little or no oil going through the engine. Metal-to-metal friction within bearings, for example, can cause engine damage during startup and reduced performance afterward.

Synthetic motor oils provide greater engine lubrication at temperature extremes than conventional oils due to their composition and characteristics. They have higher-quality base stocks, for example, which improve their performance even in sub-zero temperatures, allowing them to protect engine parts sooner once the car is started.

Because most traditional oils are paraffin-based, they tend to thicken significantly when exposed to cold temperatures, as the wax molecules solidify. This increases the amount of time it takes to pump oil throughout the engine and makes the car starter and battery work harder.

In addition, there are a few more things you can do to help safeguard your car in the winter, in addition to using a high-performance, synthetic motor oil. It's critical, for example, to ensure that your vehicle's battery and charging system are in good working order. The cranking power of a battery is greatly diminished in cold conditions. At the same time, when the temperature rises, the amount of electrical power required to start your car rises.

Ensure that all filters, including oil, gas, and air, are in good working order. To guarantee appropriate engine warm-up, check your coolant level and thermostat functionality. Another thing to keep in mind is to ease up on your engine for the first few minutes after starting it up to allow the oil to warm up and ensure that the motor oil is distributed throughout the engine.

Early synthetic oils in the 1970s contained a chemical ingredient that could damage engine seals and, in some cases, cause leaks, giving rise to the notion that synthetic lubricants are dangerous for older cars. All types of motor oils are now tested to ensure that they will not harm your car's engine, and synthetics no longer contain the chemical ingredient (ester) that caused these issues.

When you have a classic car you should be able to locate oil recommendations, and it's not uncommon for full synthetic to be the preferred oil. On the back of the jug of oil, look for a seal of approval from your car's manufacturer, which indicates that the firm has tested the oil for compatibility with its engines.

If you're working with an owner's manual and suggest service intervals that were published before synthetic oil became popular, you could find that if you switch to synthetic oil, you can go longer between changes. These oils are designed to endure longer before breaking down, so they won't build up gunk in your engine as quickly as traditional oils. Some synthetics contain chemicals that aid in the removal of sludge. If you're making the switch to synthetic oil for the first time, start with shorter change intervals to avoid leaving deposits from previous lubricants.

Should you use synthetic oil for winter? Not necessarily unless instructed by your owner’s manual but it does have its perks.