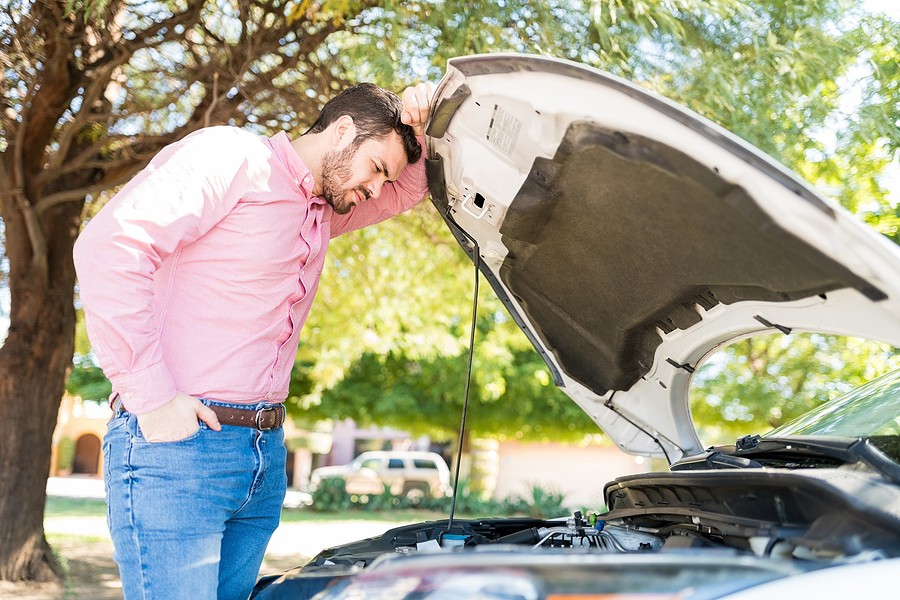 Today in the modern car world, you often see most cars with automatic transmission – it is easy to use, you don’t have to think too much about the gear shifting, and it is seamless to drive. When you are learning how to get your permit and taking your driver’s test, beginner drivers usually start on an automatic car.

However, there are also other variants which can better suit your needs. Manual cars might not be as popular as other options, but manual transmission offers greater control over your driving, they are extremely prevalent in European countries, and they are often much cheaper when renting cars than automatic options!

Along with these two main variants, there is another option that you might be less familiar with – semi automatic transmission. So, what does this mean? Basically, it means it contains functions, whether benefits or negatives, from both types of transmission systems that we previously mentioned. Hence the name semi-automatic.

What is a semi-automatic transmission?

A semi automatic car might be a bit difficult to find these days, since there are more popular quotations that are user friendly and easier to learn. However, some of these car models that contain semi automatic transmission come with a dual clutch or automatic gearbox that you can operate in a semi-automatic way for greater control and ease.

Semi-automatic basically means that you have a car and transmission system that uses a gearbox without a clutch pedal. This means that you won’t have to focus on using both feet while you are driving and engaging and disengaging the clutch when going to shift gears. The only difference between semi automatic and manual is that the semi automatic transmission uses actuators and electronic components instead of physical ones, like cables and pipes, for shifting the gears.

The top advantage of this type of system is that a semi automatic transmission and gearbox facilitates better fuel efficiency, as you might find as a benefit on a manual gearbox and manual car. In addition, it is easy to use and more efficient than a manual car, since the clutch is not involved.

How does a semi automatic transmission work?

A semi automatic transmission uses different types of energy to propel the car and switch the gears effectively. It uses kinetic energy to turn the wheels through the input shaft and the gears, letting it glide smoothly on the outdoor terrain. In addition, there is a clutch mechanism located between the engine and the semi-automatic gearbox that allows the gearbox to engage or disengage.

In a manual car that contains a manual transmission, this system utilizes a pedal to physically engage and disengage the clutch, letting you shift between the range of gears in your vehicle. The mechanism is similar but slightly different for the semi automatic transmission. In this gearbox, the mechanism uses a set of actuators and a hydraulic motor instead of a gear level and a clutch pedal.

In addition, in a semi automatic transmission there is a computer that is in control of changing and controlling actions in the car, including the torque, the car’s speed and acceleration, the accelerator pedal position, and other important components that dictate the safety and performance of the vehicle. The main function is to work to determine the timing and the direction of the gear shifting.

When the entire control unit, or car's computer, determines that there is a situation where the gear changing is necessary it then turns on, or engages, the clutch to disengage the semi automatic transmission from the engine’s controls. Then, at this point, the actuators will turn on the gear shifting and disengage the clutch, reconnecting the bridge between both the engine and the transmission.

Despite sounding similar and having a few items that are alike, there are main differences between these two types of systems that you will find in most cars today.

Gear lever – if your automatic car has a gear lever, it will usually be placed on the right side of the driver and feature just four simple letters, without any numbers – PRND. they will be in a vertical layout and always go in the same order. These letters stand for Park, Reverse, Neutral, and Drive.

In a semi automatic transmission, the gearbox will either have a push button to engage the changes or a lever control. The gear lever does not have a P on it, or a Park mode. There will just be an option to change it to Automatic instead of the Drive mode. Most modern cars on the market today also contain plus and minus buttons for the manual handling of shifting gears, giving you more control as to what speed and gear you choose. This means that instead of PRND, semi automatic transmission gearboxes have Neutral, Revere, Automatic, and +/- buttons.

Functions – in an automatic transmission car, the transmission changes gears without any additional input from the driver. In this instance, all you have to do is put the car in Drive mode and then it will properly change the gears depending on how fast you are currently driving in the vehicle.

In a semi automatic transmission, the car will not be in charge of shifting the gears on its own or without any input from the driver. Instead, the driver will have to help the car navigate and shift through the years. In order to change gears, the driver has to give inputs for the car to follow.

What cars have the semi automatic transmission?

Opel – this car producer of sporty vehicles uses the Easytronic transmission in various models, like the small and agile Corsa. Opel is a German automobile manufacturer that has been active since the early 1860s. From 1929-2017, Opel was owned by General Motors, but was then bought by the French automaker Groupe PSA in 2017.

Corsa was first produced in 1982, and is a supermini car that has created other derivatives in the meantime. Also called the Vauxhall Corsa, the Vauxhall Nova, and the Holden Barina, this car comes in 5-speed manual, 4-speed automatic, and 5-speed semi automatic transmission.

Ferrari – this luxurious automaker first used an automated gearbox in their Mondial model in 1993. The newest version of the semi automatic transmission is used in the famous Ferrari 599 GTO, with the company pushing the limits on coming out with innovative cars using double clutch transmissions.

The Ferrari 599 is a grand tourer that was the brand’s front engined, two seat model that replaced the earlier Maranello and first came on the market in 2007. The 599 GTO was Ferrari’s fastest car to date when it was produced in 2010, containing a power output of 661 horsepower at 8,250 RPM and 457 pounds per foot of torque at 6,500 RPM> the car has various shifts programs for the gearbox, along with the semi automatic transmission.

The HOndamatic, also known as the H2, was Honda’s first semi automatic transmission. It was produced from the years of 1973-1988, featuring gears on parallel axes instead of planetary gears. Each gear would continuously mesh and meld together, with each gear having their own clutch for control. The clutches were hydraulically controlled instead of manually, and used pressure to choose your desired gear.

Just like any other mechanism in your car, you need to keep an eye out for any signs and symptoms that might cause a bad or failing semi automatic transmission. By keeping an eye and ear out for these issues, you can fix the problem before it turns into a more severe fix that will cost you a lot of money.

Poor Shifting Quality – one of the most noticeable and serious warning signs that you have a bad semi automatic transmission is that there is a notable drop in shifting quality and consistency. When this happens, your car will no longer be able to smoothly glide along the road and provide a comfortable ride.

If you experience clunky shifts, erratic shifting, jerking while shifting, and an unwillingness of the car to shift gears, this is a sign you need to have your semi automatic transmission looked at by a mechanic.

This is a huge issue for all types of transmissions, and is quite pronounced when it happens in your car. You might feel as if your engine is working correctly and your car is revving to try and move, but the car will not actually gain any speed and it might be erratically shifting between gears for no reason at all.

Abnormal noises – An easy way to tell that something is wrong with your car, in general, is when you hear strange noises that should not be happening. In a semi automatic transmission, your car will make weird noises if this mechanism is not working correctly, just like any other type of transmission. A semi automatic transmission that is slowly dying or has become damaged will start to make all sorts of sounds, letting the driver know it is time to fix the problem.

Typically, a semi automatic transmission will begin to make distinct noises, like screeching, quealing, high-pitched, and whining noises, with any one of these showing you that it is finally time to bring your car to a trusted mechanic or auto body shop. However, this could also be due to rough shifting and inconsistently gear shifting due to a lack of fluid or a fluid change that is way overdue in your manual for maintenance.

Sometimes, a semi automatic transmission can be more obvious when you need to get the noises checked out. The whien might also give out a louder sound and the gears will feel crunchy when you shift them on your gearbox.

When you first hear these strange noises, it is usually the first thing you will notice in a  semi automatic transmission that is on its way out.

Car for your semi automatic transmission

Make sure you pay attention to your transmission fluid. Your transmission fluid is the core of your entire semi automatic transmission system, and is imperative and key to sorting out any issues and keeping your mechanism from dying completely. Without this, your car will surely grind to a halt, overheat, and no longer be able to run.

Make sure that you check your fluid level at regular intervals to ensure that the fluids are not causing any of the issues that you are experiencing as the driver.

PrevPreviousCash For Junk Cars Billings, MT- We Buy All Makes And Models!
NextHow Do I Know If My CVT Transmission Is Bad? – Here’s What You Need To KnowNext