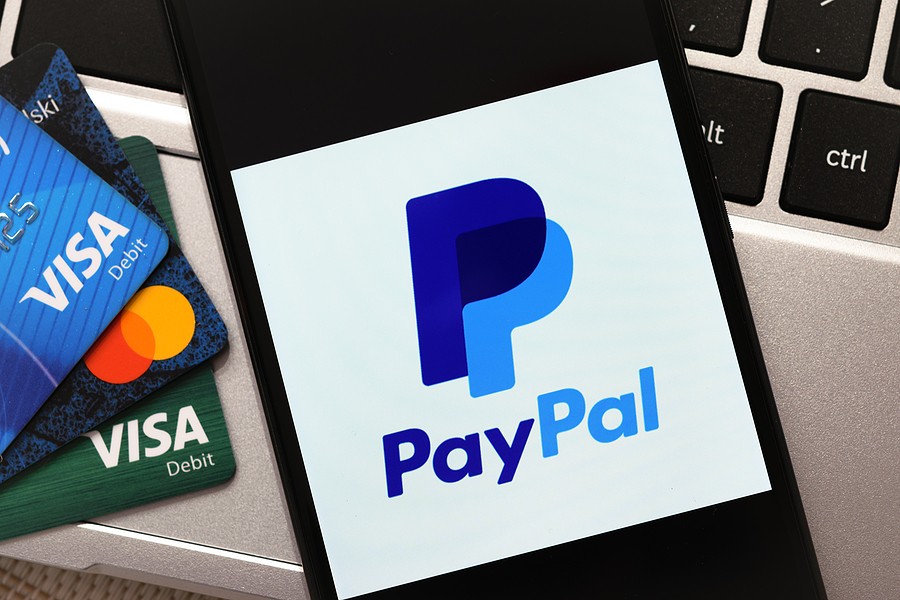 In theory, the best part about selling a car should be the part when you get paid for it. But more often than not, this is actually the most stressful aspect of selling a car! A lot of people are worried about potentially getting scammed by buyers. They’re especially worried when they try to sell a car on PayPal or on another online payment platform.

There is nothing wrong with trying to sell a car on PayPal if that’s how you want to go about doing it. But you do need to be careful when you take this approach to getting rid of a car. If you make one false move, you could end up putting yourself in a precarious position. You could also end up costing yourself quite a bit of money.

Can I Sell a Car on PayPal?

First things first: You can’t actually sell a car on PayPal. PayPal is an online payment platform that people use to send and receive money. It’s not a site that specializes in letting people post items for sale. So you shouldn’t expect to be able to put your car up for sale on PayPal.

But with that being said, you can sell a car on PayPal in the sense that you can list it for sale on a site like Craigslist and then accept a payment for it on PayPal if you want. PayPal has turned into an excellent tool for those looking to buy and sell almost anything in this day and age. You can send or receive money in a matter of just seconds as long as you have a person’s phone number and/or email address.

With all of this in mind, it’s clear to see that you sell a car on PayPal if you would like. But should you? That’s going to be a question that you’ll want to ask yourself after seeing the answer to the next question on this list.

Is It Safe to Sell a Car on PayPal?

This is why it’s not always smart to sell a car on PayPal. You’re already going to be on edge when it comes time to sell your car. And the situation is going to be so much worse when you know that you’re not necessarily going to be taking part in a safe transaction.

How Much Will It Cost Me to Sell a Car on PayPal?

Let’s say that you’re selling a car to someone that you trust. Maybe you’re selling it to your sibling, your best friend, or even someone like a neighbor. In this case, you might think that you’re OK to sell a car on PayPal since safety won’t be a huge concern. You might come to the conclusion that you can sell a car on PayPal based solely on the trust that you have put into another person.

But even in this circumstance, you’re still going to want to shy away from trying to sell a car on PayPal in most cases. You’ll want to do it because PayPal is going to charge you a fee when you sell a car through their site. This is going to force you to either charge someone you know more for your car to avoid losing money or bite the bullet and take the loss on your end.

PayPal’s merchant fees currently sit at just under 3 percent. And while that might not seem like much, it’s going to add up fast! You could end up giving about $300 to PayPal if you sell a car on PayPal for $10,000. It won’t make much sense to do this when you could very easily find a way to sell your car without giving anyone else a dime.

How Can I Avoid Getting Scammed When I Sell a Car on PayPal?

If you don’t mind rolling the dice when it comes to safety and giving up some money, then you go ahead and sell a car on PayPal. But there is yet another thing that you’re going to have to be worried about when you do: Scammers! Yes, that’s right, it’s very easy to fall victim to scammers when you attempt to sell a car on PayPal.

There is a very specific scam that a lot of scammers have found success with when people try to sell a car on PayPal. It works like this:

Fortunately, this scam has been around for a while now, which is why most people know better than to go with it while trying to sell a car on PayPal. But there are still people who fall for it and send money to a scammer without thinking twice. It’s one more thing that will need to be on your radar if you decide to try and sell a car on PayPal.

Is Venmo Safe for Selling a Car?

Now that you know about all the potential problems you could face when trying to sell a car on PayPal, you might be thinking about what other payment methods you can use. And one of your first instincts might be to consider using Venmo to accept a payment for a car you want to sell.

This might not be the worst idea in the world if you’re selling a car to someone that you really trust. Venmo does, after all, say right on their “Security” page that “Venmo is designed for payments between friends and people who trust each other.” But you’re going to face the same issues trying to sell a car on Venmo as you would while trying to sell a car on PayPal.

Venmo is actually owned by PayPal and has similar policies in place as far as people using it to sell cars is concerned. Venmo is not going to provide you with any kind of buyer or seller protection if you choose to use the platform to sell a car. So just like with PayPal, you should avoid trying to sell a car on Venmo at all costs.

Is Zelle Safe for Selling a Car?

In recent years, Zelle has popped up as a great alternative to Venmo. It’s perfect for sending small payments to your family members and friends when you owe them money for one reason or another. But what you’re going to find is that Zelle is not the safest way to send and receive money when you’re selling a car.

Some people are under the impression that Zelle is a safer option to use when selling a car than PayPal and Venmo. They often think this because Zelle has established close working relationships with a handful of the biggest banks in the country. But in reality, Zelle has pretty much the same terms in place when it comes to using the platform to buy and sell cars.

Which Payment Methods Should I Accept When Selling a Car?

If it’s not the best idea to sell a car on PayPal, then what approach should you take to selling a car? More specifically, which payment methods should you utilize when you’re trying to take money from someone in exchange for your car. There are actually a few options that you should consider. Take a look at them below.

You’ve probably heard the phrase, “Cash is king,” used over and over again over the years, right? Well, guess what? It still rings true! Even though there are lots of different ways to pay for things in this day and age, you can’t beat using good old cash to complete a sale.

Just one piece of advice: You should have a plan in place for transporting the cash that you’ll take for your car to the bank. You don’t want to spend too much time driving around with a pile of cash. You might even want to go as far as to ask a buyer to meet you at your bank with cash so that you can deposit it immediately.

Not everyone feels comfortable carrying around a pile of cash to pay for a car. If you find yourself dealing with someone who wants to buy your car but doesn’t want to pay for it in cash, a cashier’s check is the next best thing.

It’s easy enough for someone to swing by the bank and pick up a cashier’s check for you. It’ll prevent them from having to walk around with a bunch of cash, and it’ll make it easy for you to take the cashier’s check and deposit it.

If your bank will do it, you might be able to set up a wire transfer when selling your car. You and the person buying your car will have to meet up at the bank to provide the necessary information to complete a wire transfer. It’s not the most convenient way to buy or sell a car, but it will provide you with peace of mind and give you access to the cash you’re getting for your car right away.

Want to Avoid Having to Sell a Car on PayPal? Try This Instead!

As you’ve no doubt noticed by now, it’s not a great idea to sell a car on PayPal. There is just too much risk that comes along with doing it! If you want to steer clear of this risk, you should think about accepting one of the other payment methods we just mentioned instead.

You should also consider selling your car to Cash Cars Buyer rather than trying to sell it on your own. We’ll make you a generous offer for your car, arrange to pick it up from your home or business, and leave you with cash in the end. It’s one of the quickest and least painless ways to sell a car in 2021.