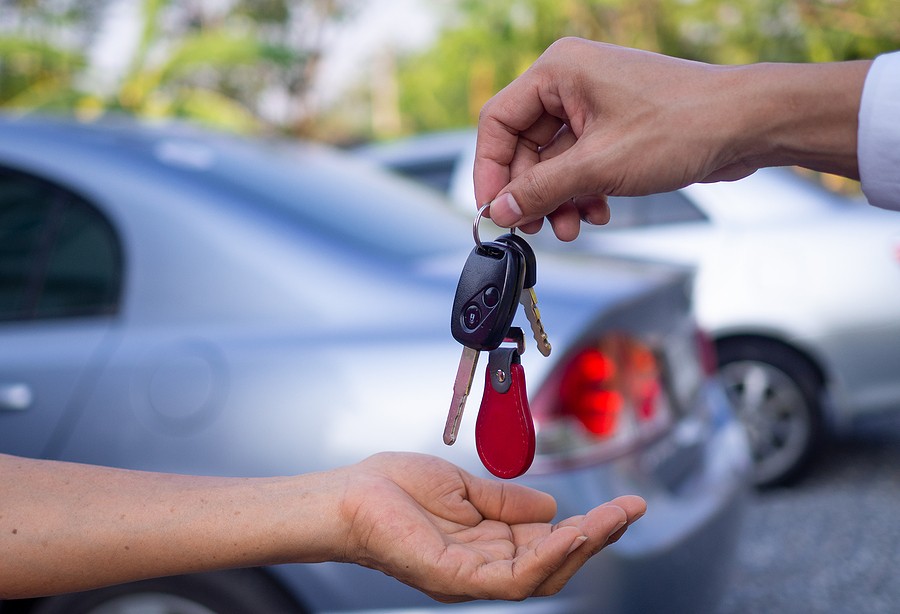 Selling a junk car in Chicago is almost a rite of passage these days.  This post takes on the topic in a lighthearted and informative way.  There are many companies that can be called to junk a car; knowing how to choose the right one is important.

A Drive Down Memory Lane: Selling a Junk Car in Chicago

Thinking about cars conjures up different memories; some people think about their first car or the time they wanted to sell a junk car in Chicago.

Do you remember your first car?

Some people receive a brand-new car as a sweet sixteen gift.  Others inherit a hand-me-down from Mom, Dad, an aunt, or a friend.  The rest us get jobs to save up for the down payment (or pay for the car in full).

Many people’s first cars are “beaters.”  The vehicles are old.  They’re not perfect.

Maybe the old car gets you from point A to point B, but does everything work the way it was designed?

If the car is more than ten, fifteen, even twenty years old, repairing it becomes more and more difficult as parts become harder to track down.  At the same rate, the old car needs more and more repairs as wear and tear take their toll on the engine and the body.

When push comes to shove (i.e., you have to push and shove your broken-down car onto the road’s shoulder), you know it’s time to junk that car.

In Chicago, selling your junk car isn’t hard.  There are plenty of junkyards in the city (northside and southside) as well as in the suburbs (near and far, north, northwest, west, southwest, and south) that can get the job done.

Some of the junkyards in Chicagoland are famous for their iconic television commercials.  Some are well-known for their blogs or outstanding cash payouts.

At the end of the day, all of these junkyards offer the same services – why are they so different then?  It all comes down to service and reliability.

When is the Right Time to Sell a Junk Car in Chicago?

Timing is everything; that’s true when you want to sell a junk car in Chicago as well.

You know it’s time to junk your car when it doesn’t run or is on its last leg.  You can’t drive a vehicle that is unsafe or in disrepair.

In fact, there often comes a time where a car owner realizes they’re paying more for repairs than the car is even worth.

If the head gasket blows on a 1995 Dodge Neon, for example, is it really worth a repair bill in the thousands?  Probably not!

Deciding to sell your junk car in Chicago is a personal decision.  When it’s time, you know.

There are a few different routes to take, though.  For example, you don’t have to call a junk yard.  You could pass the old car onto the next person – perhaps somebody in your family could use it to get to work.  Maybe you have a buddy who can keep it for parts.

You could sell the car the old-fashioned way – to another citizen via private sale.  Today, people list junk cars on Craigslist, social media platforms, and in the newspapers.

There is an old saying that comes to mind: one man’s trash is another man’s treasure.

If you are driving a 1991 Toyota Celica, a sporty little car with an engine that just won’t quit, you might find yourself in such a position.

The car is over thirty years old – but it’s also a classic in its own right.  The motorized head lights, neat design, and retro appeal means the car has some good “bones.”

Then again, it’s a foreign car – parts are hard to find, especially three decades later.  If the car has problems, it won’t be reliable.  For families or people who regularly commute long distances, a car like this doesn’t make most sense.

For the handy types, mechanics, Toyota enthusiasts, and vintage car collectors, an old Toyota Celica could be a diamond in the rough.  It might take a lot to get the car up to snuff, but it’s down – not out!

If you can’t find a buyer with this perspective, then the car is off to the junkyard once and for all.

General advice:  decide how much time and effort you can dedicate to finding the junk car a new home if you don’t want to call a tow truck to take it to the junk yard.

How to sell a Junk Car in Chicago, Illinois

Chicago is a city within the state of Illinois, so Illinois car administration regulations, as set by the secretary of state, apply when you want to sell a junk car in Chicago.

To sell a junk car in Chicago, get your paperwork together.  If you have the car’s title, it’s very helpful for the company that buys the junk car.

For starters, everybody’s name on the title is considered an owner.

If you have you and your son on the title, for example, both signatures will be required.  The exception to this rule is if you thought ahead to include the word OR on the title.  This means that either party can sell the car.

In Illinois, the car titles have a line labeled “signature of seller(s)” so sign there.  Use ink and don’t write anything in the section labeled dealer.  There is another section for the printed name, so print (no cursive) your name(s) there.

Match the names up to the documentation.  For example, if your passport and driver’s license and car title don’t have your middle name, don’t write it or sign it now.  It could make things complicated.

If you don’t have the title, you can request a duplicate title from the office of the Secretary of State/DMV.  Be prepared to pay a replacement fee.

Call the junkyard you have in mind to see what requirements they have.  One excellent way to find junkyards is to visit http://cashcarsbuyer.com.

To get the best payout for your car, you should know a thing or two about how to sell your junk car in Chicago.  For example, the condition of the vehicle counts for a lot.

There are plenty of stories about junkyards offering twenty bucks for an old minivan in terrible shape.

Of course, value is the question of the day when selling a junk car.

What affects value?  Many factors.

For example, the condition and shape of the car body may have an impact on how much cash you will be paid.  Could the bumper or hood be used on another car or are they totally trashed?

A car that’s been in a terrible accident isn’t going to get as much money as one that could be restored or easily sold for parts.  If the car would be used purely for scrap, then don’t anticipate too much cash.

How’s the engine running?  An engine that ignites is worth more than one that doesn’t.

Another tip: call a few junkyards to get an estimate.  You can often find out how much money a junkyard can pay you for your old vehicle with a simple phone call.

That being said, honesty is key.  For example, if the dispatcher asks what is wrong with the car, and you say nothing, but it’s actually in terrible shape, the rate offered over the phone may not be valid after all.

Do not say that the car doesn’t have any body damage if it’s covered with rust and the bumper is falling off.  It’s dishonest and most junkyards aren’t going to honor the estimate simply because you weren’t truthful on the phone.

Perhaps, though, you may do a little better on the junk car if you do some basic repairs or clean it up before arranging for the tow.

On the opposite end, some people take some parts out of the car before sending it to the junkyard.  For example, you might take out the water pump and the radio and sell them on the Internet.

If you want to sell a junk car in Chicago, you might get excited by the prospect of all the cold hard cash most junkyards promise in their advertising.

Don’t get carried away here.  The value of a junk car could be as low as fifty dollars.  That’s not even enough for a monthly CTA pass.

A car is fair to great condition is going to garner more cash, however.

It isn’t uncommon for working cars in acceptable condition to get a few hundred bucks.  In some cases, people receive thousands of dollars on junking the car – this isn’t the type of car that’s sitting on cinderblocks in the alley, though.  Be realistic about your expectations.

If you want a better payout, you might consider selling the car to a private buyer – in other words, selling the junk car like a used car.  Be careful, though!

Selling a junk car and selling a used car are two different animals.  If you sell the car under false pretenses, you could land yourself in legal trouble – or at least an uncomfortable situation when the buyer confronts you about it.

Another Way to Sell a Junk Car in Chicago

There are sometimes other ways to sell a junk car in Chicago.  For example, you might use the junk car as a “trade-in” at a car dealership.

This option isn’t always available.  Some dealerships are very picky about the used cars they accept as a trade-in.  They only take cars they can resell, for example.

Other dealerships, however, will buy any car – often times with a minimum payout.

You could have a car from 1989 worth $100.  With a car dealership promotion, they might offer to “buy” the car for a minimum of a few thousand dollars.

Of course, you could always “gift” the car to somebody else as well.  Many people will sell a car for one dollar to a family member or friend just to transfer the title.  Maybe your friend is a mechanic who can fix up the junk car, saving it from the junkyard.  This could be another option.

Sell a Junk Car in Chicago: Where do I Begin?

When you want to sell a junk car in Chicago, the process can seem quite daunting at first.  You have to deal with paperwork, research, phone calls, strangers, and more.

Your first step is to ensure that you want to junk your old car.  Once that’s squared away, get the paperwork together.  Collect the necessary signatures on the title.

Then, start researching junkyards and towing companies.  See what’s local.  See who pays the best.  Read reviews from past clients.  Check out the company websites and social media pages.  Some even maintain excellent blogs chock-full of tips, tricks, and advice for the modern car owner.

Feeling confident in the company you choose is important.  Collect estimates on the value of the junk car, choose your junkyard, and make the appointment.

Before you know it, you’ll be standing outside your house with one less car and a few more bucks in your pocket!