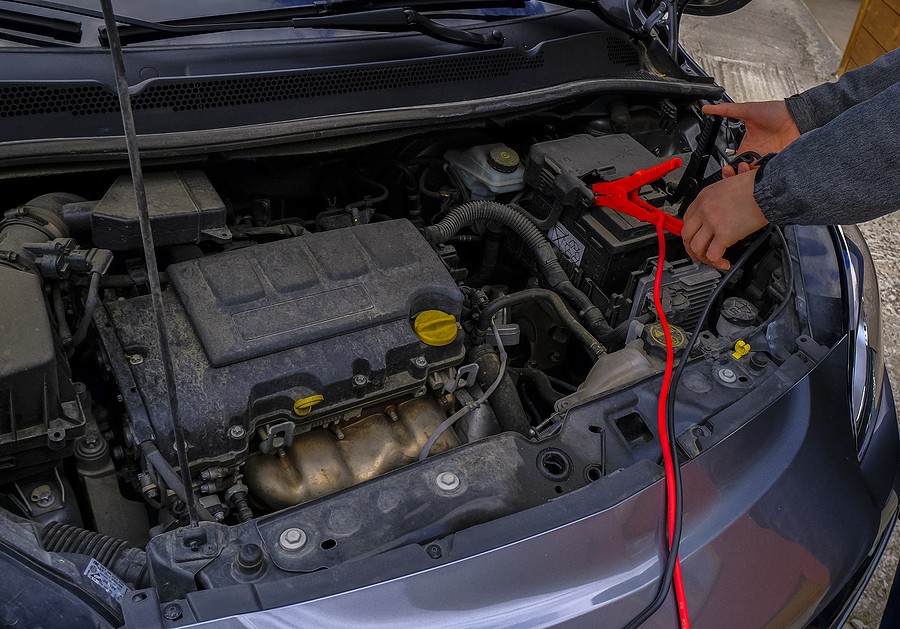 The internal combustion engine that a car is equipped with is not perfect. No matter how hard it works, it can’t be 100 percent efficient. We are not there yet and there will always be some unburned fuel in the exhaust. To reduce harmful emissions from your car’s tailpipe, the secondary air ignition system was made. It works well with a car's EGR or exhaust gas recirculation and catalytic converter to complete its emission system. Its primary task is to use up the excess fuel that is injected in cold start enrichment before it can get to the catalytic converter, improving the tailpipe emissions significantly.

But what is a secondary air injection and how does it work? Do our cars really need it? Let’s find out!

There is no perfect engine that can run with a hundred percent efficiency. It is just not possible. Unburned fuel or hydrocarbons will always be found in the exhaust since not all of them get converted to engine power in the combustion process which occurs in the induction chamber.

The unburned fuel will be turned out with the rest of the exhaust gases. Unburned fuel or hydrocarbons occur because of the engine’s imperfection, differences of fuel quality, the overall condition of the vehicle, the driving conditions, and environmental factors.

The car can’t run without fuel and fuel has hydrocarbons that creates the needed power. But these hydrocarbons are one of the toxins that is measured to know the emission levels of the car. That is why it is vital that these hydrocarbons are burned completely, but it is not the case. Burning as many hydrocarbons as the vehicle can is all we can do since a burned fuel is less harmful to the environment than the unburned ones.  So this is where the secondary air injection system comes in. It helps clean up the catalytic converter’s leftovers.

Although the modern car’s catalytic converters can be able to achieve over 90 percent of conversion rates, they can only do it when they reach a temperature of 300 to 350 degrees Celsius. So when the car cold starts its gasoline engine, more than 80 percent of the emissions are produced in the driving cycle. This happens because of the rich cold start mixtures that lead to excessive carbon monoxide and hydrocarbons and the cold catalytic converter being not warm enough to deploy its exhaust gas cleaning power.

This is the part where the secondary air injection system does its magic. It starts its exothermic oxidation of the unburned fuel or hydrocarbons through the injection of secondary air into the exhaust manifold, reducing the carbon monoxide and hydrocarbon emissions in the cold start phase.

The secondary air injection system uses an electrically powered air pump that can be cycled on and off when required. It provides fresh air into the exhaust system of the vehicle by injecting it upstream of the catalytic converter that will then be mixed with hot leftover gas from the engine’s cylinders.

This is because the secondary air injection system can work actively or passively. The passive system works by utilizing the fluctuations in pressure in the exhaust system and extra air is pulled in through a timed valve because of the vacuum that is made through the flow speed in the exhaust pipe. The active system on the other hand, uses a pump to blow the secondary air which enables a better control

The secondary air injection system with an electric motor to pump air is found on many modern cars such as the Toyota V8s, California emission Ford 3.8 V6s and 2.0 four cylinders, and the General Motors LS Series. The system in these cars are usually being used in the first 20 to 120 seconds of the operation of the engine. It is done by injecting air downstream into the exhaust manifold so the hydrocarbons and the carbon monoxide produced by running rich at a cold start up will be oxidized. With the help of the data supplied by the oxygen sensors, air temperature, or coolant temperature, the system can inject the appropriate amount of air.

The oxygen sensors are equipped with internal heaters that allow them to reach their operating temperature at a faster rate. When the catalytic converter achieves its light off temperature, the car’s computer will start to take downstream oxygen content signals and will activate the air pump relay to switch power to the pump. It also calls on the switching valve to open and let the pumped air enter the exhaust stream.

When the car’s computer or the PCM starts to take downstream oxygen content signals and activates the air pump, the switching valve opens and enables the pumped air to enter the exhaust stream. As the process starts, the PCM also activates a timer. When the timer starts, the oxygen sensor should have a reading that says a lean condition because of the extra air in the exhaust stream and it must stay that way within a specific time frame.

When the car’s computer activates the air relay, it grounds the control coil in the air relay. By doing this, it will call for a voltage drop of almost zero. If the car’s computer does not get the required output, it will trigger a P0412 trouble code or the air circuit malfunction. This problem can be caused by a blown fuse, an open circuit, or a bad relay.

Another problem that can happen in the secondary air injection system is corrosion. This can happen since when a gas is compressed, it tends to heat up even if it is outside air. The compression that happens in humid conditions can cause the humidity in the air to become liquid against the cold metal pump structure that could lead to internal corrosion. The liquid can also corrode and hinder the air switching valves’ operation. If the problem is ignored and not corrected, it can lead to a seized air pump and switching valve. Seizing components may only be corrected by replacing them.

When you notice that your car is showing any signs of a failing secondary air injection system such as an illuminating check engine light, slow acceleration, stalling engine, poor power performance, low idle, or failing emission tests, you need to have it checked and repaired right away.

If you want to save money, you can do the replacement yourself. You can just buy the replacement parts for around $200 to $300. The process is fairly straightforward but you might need to work for hours. If you are not confident and do not have the time for it, try to get quotes from various repair shops and compare the prices. This way, you can compare and choose the shop that offers the best value for your money. But of course, be wary of the shops that offer a very low price.

If you want to check and troubleshoot your secondary air injection system, you can do it by doing some visual checks and acoustic checks. When the engine is still cold and at idle, you are supposed to hear the electric pump clearly and the sound should stop when you turn off the engine.

As for the visual check, you need to inspect all the secondary air injection system components for any damage. You need to check the cables and hose fittings thoroughly. Check if they are attached to the components securely and do not have any visible signs of wear and tear. Make sure that they are not bent or blocked.  You also need to check the fuses for any damage.

If the result of the acoustic checks and visual checks are good but you feel that there is something wrong with your secondary air injection system, you can use some diagnostic tools to determine the problem. You can use a multimeter to check the triggering of the control valve or a diagnostic scanner to read trouble codes if there are any.

The secondary air injection system is something that your car should have. Aside from helping your car achieve the present emission standards, it also reduces the high concentrations of hydrocarbons and carbon monoxide in cold starts which is less harmful to the environment.