Safest Car Color: Which Is Best For You? 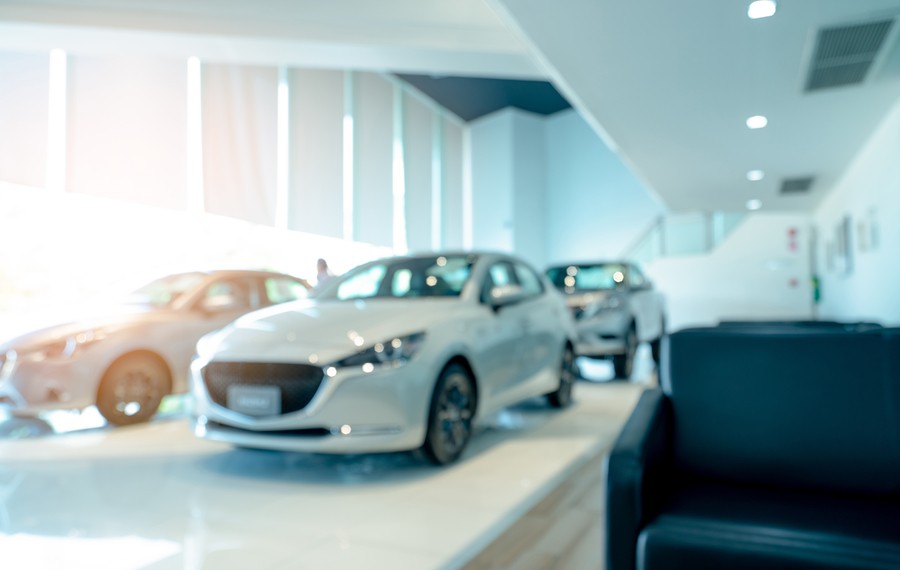 Safest car color might sound strange to some people; however, studies showed that there might be a relationship between the vehicle's color and its safety.

Despite the complex relationship between the vehicle's color and its safety, car buyers should be aware of such a relationship to select the best vehicles that serve their needs and keep them safe.

Vehicle's color can affect its safety by either making it more or less visible when it is compared to the background color (i.e., environment, daylight, weather condition, etc.)

Many studies showed that light color vehicles (e.g., white, yellow) are less likely to get involved in crashes in open roads or during daylight.

Despite the relationship between the vehicle's color and risk of crashes, the color should not be considered the only factor affecting the risk of crashes—other factors like level of safety features, drivers driving style, environmental conditions and safety, and more.

In this article, we will give you an overview of how color can affect a vehicle's safety. Moreover, we will summarize the findings of several studies on the list of safest vehicle's colors and the most dangerous vehicle's colors.

Many experts mentioned that light-colored vehicles contrast with the background color (trees, roads, buildings, etc.) and are more visible. As a result, light-color vehicles are less involved in crashes.

What are the safest car colors?

Overall, the study showed that white is considered the safest car color, while black is the most dangerous color. In other words, the study confirmed that the darker the vehicle, the less visible it is when compared to the background, and the more dangerous it its.

While there is no clear reason why white color is the safest among all colors with 12% less risk than black cars, experts suggested several reasons that might be the cause.

For example, vehicles with white colors can be visible in very poor light conditions, and they contrast well with the dark background of roads. They also contrast very well with bright trees colors in forests and with buildings in urban settings.

The second safest color in the study's list is gold. Gold shares similar characteristics as white (e.g., contrasts very well with the background), and it reflects light during nighttime. The reason why gold did not make it to the top of the list is that the gold color can be cast by headlights during rainy days.

The third safest color is another light yellow color. Yellow is visible enough during daytime and rainy days. Yellow is the color of many taxis in the United States as it stands out better than other colors when compared to the environment background.

Moving down the list, orange comes after yellow in the list of safest vehicle colors. Orange is very visible in many environmental settings; however, it is hard to see in deserts when the background is mostly yellow and close to orange sand.

Other safe colors with some limitations are pink, cream, and beige. They all can stand out very well when compared to background colors.

Some of the less safe colors, but still considered safe, are gray and silver. While these colors stand very well in many environments, they might be less visible during nighttime or rainy days.

What are the worst car colors?

Surprisingly, black is the most dangerous vehicle color to drive, even though it is the most popular vehicle's color worldwide.

Black is hard to see during day and night. During the daytime, black vehicle's color can blend with the dark background colors (e.g., buildings, roads, etc.) Not surprising, during night-black vehicles are very hard to spot.

The second most dangerous car's color is blue. Besides that, it is dark enough to blend with the background color; blue vehicles can blend with the sky color, which makes it very hard to see or spot. During the night, dark blue cars have the same issue as black cars as they both are very hard to be the spot, especially if the driver forgot to turn on the night lights.

Moving down the list, the third most dangerous vehicle's color is red. Surprisingly, red is hard to see during nighttime, and it does not stand out very well, like yellow or orange. Many factors can make red vehicles less visible during nighttime. Red cars can blend with siren colors, with stop signs, colors, traffic, and brake lights.

Following red, green is also one of the very dangerous vehicle's colors to drive. While it does stand out compared to the dark background, green vehicles can blend with trees and grass colors, which makes it very hard to see.

Does the vehicle's color inform any other measures?

Several other studies showed that the car's color could affect other measures like the risk of theft, vehicle's temperature, and car insurance premiums.

Vehicle safety does not only mean getting involved in crashes or not. Vehicle safety can also mean how likely is the vehicle to get stolen.

Thieves tend to steal vehicles with more popular colors like black, white, or silver. This is because these vehicles can be sold for much higher prices when compared to other vehicle colors.

According to the 2010 study of Tilburg University in the Netherlands, thieves are more likely to steal black, gray, cream, white and red vehicles. Yellow is considered one of the least attractive colors to thieves due to its low resale value.

Another important effect of color on vehicles is the influence of color on internal temperature. This characteristic can be very important for people living in very hot areas or extremely cold areas.

Lighter colors tend to absorb less heat, and therefore, they can be much cooler than darker colors. That's why white vehicles are always cooler than black vehicles, for example.

Other less studied theories say that vehicle's color can affect the insurance premiums. For instance, these theories suggest that red vehicle owners pay fewer insurance premiums when compared to other vehicle color owners. Again, this theory has not been tested and proved, which might be faulty as well.

When should I consider a vehicle's color?

Besides vehicle safety, the potential to be theft, and all the other factors mentioned above, the car's color is important in many other areas like maintenance and resale opportunities.

For instance, black is one of the vehicle's colors that is hard to maintain clean; however, it is one of the most attractive colors for luxury vehicles.

Lighter vehicle's colors do not need continuous cleaning as blemishes do not stand out very clear on them.

When it comes to vehicle resale, it is good to keep in mind that vehicles with popular colors are much easier to be sold as compared to less popular colors. For instance, it is easier to sell a black car when it is compared to selling a yellow car as more people might be attracted to the black vehicle's color. Besides, white and gray vehicles are considered very easy to be sold because they age better than other vehicles.

Can a vehicle's color impact your car buying choice?

While the vehicle's color can play a major role in identifying the vehicle's safety, the value of resale, and much more, it is hard to say that good buying practices are based on color only.

While the mentioned study about the linkage between the car's color and car safety is relatively well tested, one can not guarantee that color was the only cause of the vehicle's crash.

For instance, the study did not include factors about the driver's driving. Since black color is one of the most popular vehicle colors worldwide, there is a higher potential of crashes as more people are driving black cars. A solution to this bias could be by using the same number of vehicles in each color category.

Another factor that might have biased the relationship between the vehicle's color and risk of crashes is cars make, model, and year. For instance, vehicle safety and the potential to get involved in crashes depend significantly on safety features in the vehicle. As a result, vehicles with rear cameras and change lanes warnings tend to be less involved in crashes when compared to less modern vehicles.

Moreover, the results of the study might be biased by the environment where the crashes happened. For instance, crashes tend to happen in more crowded areas and more dangerous areas. For example, drivers can install drivers better in areas with good streetlights than areas with less safety feature presence.

Finally, crashes can happen due to some psychological issues and driver's stress levels. For instance, if the driver has financial struggles or is drunk, he is more likely to get involved in the vehicle's accidents than other drivers. In this case, the vehicle's color does not have any cause of the crash.

Therefore, many other factors might question the results of this study, which raises the question of: “Does vehicle's color ONLY affect its safety?”

The answer to this question is no, and safety is much more complicated than relating it to only one factor. However, the vehicle's color CAN be one of the many other factors affecting driving safety.

Vehicle's color can affect a vehicle's visibility and, therefore, its safety and the potential in getting involved in crashes.

Results of a recent study showed that cars with light colors tend to be safer than dark-colored vehicles. The study showed that white colors are the safest vehicles as they stand out very well during all environmental conditions like rain, fog, snow, night, daylight, and light change.

On the other hand, black cars are listed as the most dangerous vehicles as it is hard to distinguish them from the dark background (i.e., roads, buildings, etc.)

The study also listed some other safe colors like gold, beige, and yellow. Similarly, the study listed more dangerous colors like dark blue, silver, and gray.

In addition to safety, the vehicle's color can affect other aspects like the potential of getting stolen, private vehicle's temperature, insurance premiums, and more.

Although the study showed a relationship between vehicle's color and several crashes, the study might be missing other factors like vehicle's color popularity, drivers driving record and style, drivers' age and psychological health, amount of vehicle's safety features, and community safety.

While the vehicle's color can affect buying decision making, it should not be the only or most important factor.

PrevPreviousCloth VS Leather Seats: Here Is What You Need To Know!
NextCash For Junk Cars Ottumwa, IA – Why WE Are The Best Choice For Earning Quick Cash For Your Scrap VehicleNext