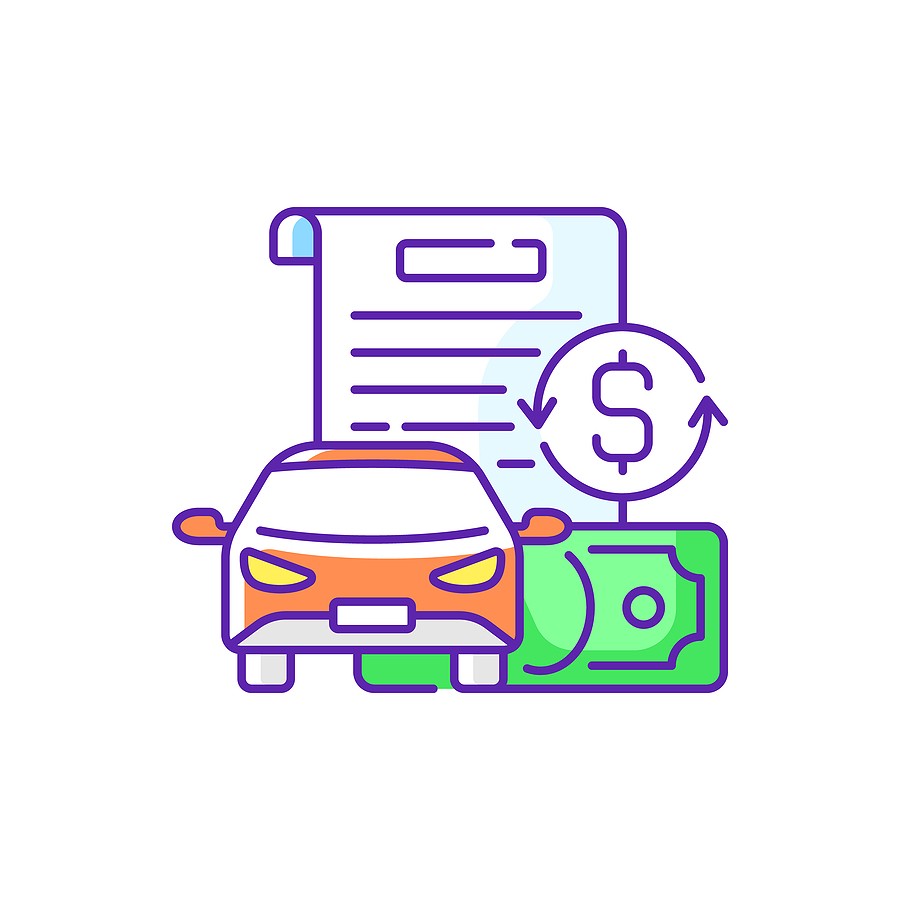 Shopping for a new car? Whether you’ve been browsing your local Craigslist Ads, visiting local used car dealers, or getting referrals from friends at some point you’ll come across vehicles with a rebuilt title. Used cars with rebuilt titles may seem like a steal. After all, they are often priced reasonably and they even look great. These vehicles can be a great fit for the right buyer. However, it’s important to understand all aspects of purchasing a vehicle with a rebuilt title.

What is a rebuilt title? Is this a major issue that can impact the condition of your vehicle? How does a rebuilt car title differ from any other title? Let’s explore the answer to these questions.

What Is A Rebuilt Title?

While the definition of a “rebuilt title” can vary across different states, for the most part, it reflects that a used vehicle has been reconstructed or rehabilitated after previously being issued a salvage title. Cars with a rebuilt title have previously sustained extensive damage from an accident, fire, or flood. At some point, the vehicle had been damaged to the point where it was no longer deemed worthy of repair.

Once they have been rebuilt and restored to a good condition most states require that they are thoroughly inspected before they finally return to the road. Once a previously damaged vehicle is repaired and passes inspection it’s given a “rebuilt title”. The term “rebuilt” is used in the title to inform prospective buyers of the vehicle’s history.

Sometimes the terms “rebuilt title” and “salvage title” are used interchangeably. However, a salvage title is an official indication that the car has been severely damaged and declared a total loss by the insurer. Most insurance companies will only consider a vehicle to be a total loss if it is at least fifty to eighty percent damaged and the cost of the repairs is more than what the car is worth.

A used car with a salvage title can’t be registered by a motor vehicle agency, it can’t be legally driven on public roads and insurance companies will not provide coverage for such vehicles. Sometimes, insurance companies sell salvaged vehicles to automotive firms. Vehicles with a salvage title can only be registered and driven on the road once they’ve been rehabilitated or rebuilt. At this point, the state issues a rebuilt title.

Both a “rebuilt title” and “salvage title” are forms of titling branding that are implemented to help inform and protect prospective buyers. Put simply, a salvage title represents a vehicle in its current damaged condition while a rebuilt title is an indication that a previously salvaged vehicle has been rebuilt and restored to an operable condition.

Rebuilt Titles Vs. A Clean Title

In most cases, buyers will receive a clean title when they are purchasing a brand new vehicle. Most pre-owned vehicles also have a clean title. A clean certificate of the title indicates that the vehicle is fully owned by the seller and that it hasn’t been in any major accident or written off by an insurance company. However, it’s important to note that just because a car has a clean title doesn’t mean that it’s free from any problems.

Rebuilt Titles – What Are the Misconceptions?

Many people are leery of purchasing a vehicle with a rebuilt title because they fear that it will be difficult to obtain automotive insurance. In most cases, buyers can get the same exact coverage as they would with a car with a clean title. Because rebuilt vehicles have been restored to a safe and operable condition buyers can secure affordable auto insurance like they would any other type of vehicle on the road.

Although state laws vary, selling a vehicle branded with a rebuilt title isn’t illegal. On the contrary, used cars with salvage titles cannot be legally sold. Cars with a salvage title are typically only sold by large insurance firms who go on to sell these cars at salvage auctions. Typically, auto repair shops purchase vehicles with salvage titles, repairs them, and sell them to the public.

So you’ve found the perfect SUV for your growing family that’s priced at an amazingly low price. It has less than fifty thousand miles and it’s in perfect condition. The only downside is that it has a rebuilt title. Is it a good idea to purchase a vehicle with a branded title? That depends on a variety of factors. While you may be getting the vehicle at a great deal you should know that the resale value will be considerably lower because the vehicle had a salvage title at one point. However, if you’re working with a small budget and you’re looking for a reliable vehicle it can be one of the best decisions you’ve ever made.

Here are some tips that can help you buy with confidence:

Get Information on the Vehicle’s History – Before you make a decision you should find out as much information as you can on what led to the vehicle being totaled. Was the vehicle wrecked in a car accident or damaged in a flood?

Purchasing a vehicle with previous flood damage is a bad investment since at some point you will have to deal with mechanical issues. Vehicles that have earned it’s rebuilt title status because of flood damage are poor investments because water damage can take months to manifest.

Don’t be afraid to ask questions. How badly was the car damaged? What mechanic or auto repair shop rebuilt the vehicle? More importantly, what standards were used in the rebuilding process?

These are important questions to ask because it’s easy for a body shop to straighten a frame and slap a new coat of paint on the vehicle to make it look new again. You’ll want to make sure that whoever restored the vehicle made thorough repairs. For instance, vehicles that were involved in a collision experience damage to the drivetrain and the suspension. A car with suspension issues won’t drive as smoothly and the tires will wear out quickly.

There could also be damage to critical safety features such as the airbag deployment, anti-lock brakes, and stability control. Make sure your mechanic inspects these essential safety features before you ride off the lot.

Once you have the VIN (Vehicle Identification Number) you can take advantage of services like CarFax, Auto Check, or even use the National Motor Vehicle Title Information to get information on the vehicle’s origin state and its titling history. Using these services might be an extra expense but it can help you avoid wasting your hard-earned dollars if the car ends up being a disaster.

Some experts recommend that you have a shop that specializes in working with vehicles with rebuilt titles to inspect the vehicle before purchase. These shops know exactly what to check for in these types of cars and can make sure the vehicle is structurally sound and safe before you purchase it.

Ask for documentation on rebuilt titles – If the vehicle underwent intensive repair work there will be a paper trail of that. Whenever you’re considering purchasing a car with a rebuilt title there should be some evidence that provides a breakdown of all of the repair work that was done.

Some dealers even offer warranties on rebuilt titles which provides an added sense of security. Worst case scenario you can always take legal action under the Lemon Law if you purchase a bad car with a rebuilt title from a dealership.

When it comes to rebuilt titles and private sellers, buyers are always taking a significant risk. Purchasing from a private seller can be risky because you can’t be sure that you’re getting a quality vehicle.

Title washing is a common practice that removes the salvage or rebuilt branding from a title after it has been seriously damaged. People do this to conceal the fact that the vehicle was involved in a serious accident or sustained major damages in a flood or fire.

In some states, washing rebuilt titles is legal while in other areas the regulations on title washing are lenient that it’s easy for crooks to get away with the practice. However, getting the carfax on a vehicle is a good way to find out if the title has been “washed.”

Rebuilt titles aren’t necessarily a bad thing. If you have poor credit or you’re looking to get into a quality vehicle with a small budget, vehicles with rebuilt titles can be a great option. If you are interested in purchasing a vehicle with a rebuilt title you have to do your research. Have the vehicle thoroughly inspected by a trusted and experienced mechanic and you should purchase it from a reputable dealership.

Securing a warranty with your purchase can provide an added sense of security. The thing about investing in rebuilt titles is that as long as you do your research you could purchase a great quality car for a ridiculously low price. It doesn't get much better than that!