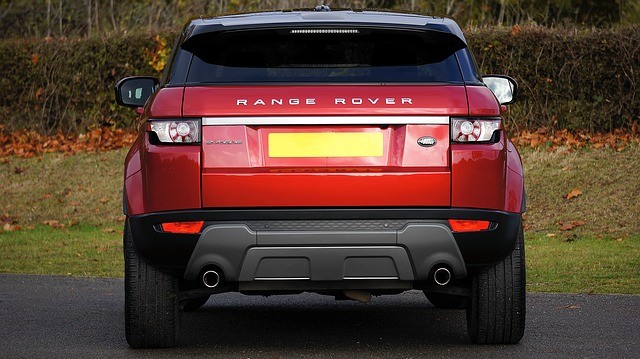 Morning coffee? Check. Mid-day snack? Of course. Noticing the oncoming car while backing out of the driveway? Oops. Accidents happen, but thankfully, cars have bumpers designed to minimize further damage in the event of a minor collision. How much do rear bumper repairs cost? Including labor, be ready to spend between $500 to $2,000. Though, if there’s frame damage, expect a significant reduction in the value of your vehicle.

Regardless of whether you’re having a rear bumper repaired or replaced. You’ll have to factor in the labor costs for removing it, including any accessories, lights, or trim pieces. Next comes sanding, painting, and drying (unless you find a replacement that’s already painted). Then, there’s putting everything back together.

Autobody repair shops usually charge between $50 to $100 per hour. How long do rear bumper repairs take? It depends on several factors, including the extent of the damage, the vehicle model, and the type of paint. As well as whether there are any cameras or sensors that need removing. Typically, repairs can take anywhere from 3-hours to 3-days to complete.

Thankfully, in this article, we’ll cover everything you need to know. Including what a bumper is, its anatomy, and whether it’s better to repair or replace one.  Lastly, we’ll review if insurance pays for rear bumper repairs and what to expect if there’s frame damage.

What is a Bumper and What are they Comprised of?

In the past, bumpers were solid chunks of metal. Today, they’re comprised of several pieces that work together to absorb impact force in the event of a collision (often referred to as 5-MPH bumpers).  As this name suggests, 5-MPH bumpers should remain free of damage (other than minor cosmetic flaws) in an accident that’s at or below this threshold.

First, there’s the bumper cover, which is made from a mix of polycarbonate and acrylonitrile butadiene styrene(PC and ABS). In simpler terms, they’re made of lightweight, durable plastic. Behind the cover is a layer of impact absorbing Styrofoam, which is part of the “Crumple Zone.”

Then there are the bumper mounts, which are made from either plastic, steel, aluminum, or fiberglass. Like the Styrofoam, the mounts are also designed to absorb the impact force from a low-speed collision. Directing it away from the passenger compartment. The great thing about this structure is that rather than replacing the entire bumper, you may just need a single component, such as the cover.

Additional parts include the brake light assembly and any trim pieces. As well as any warning systems or sensors (rear-view camera, backup sensors, etc.)

Now that you know what a bumper is and what the anatomy looks like. Let’s review when it’s better to repair one, and when to replace one.

Factors That Influence Whether to Repair/Replace a Rear Bumper

Here are a few things to keep in mind to help you determine whether to repair or replace a rear bumper:

The first is the extent of the damage.  In a major collision, there will likely be more than just the cover to worry about, meaning the Styrofoam and brackets as well.  Even if the results are minimal, you should still have your bumper inspected by an expert to ensure its ability to keep you safe hasn’t been compromised. If so, you would be wise to replace the whole structure rather than just fixing cosmetic issues.

Parts for foreign cars are usually more costly.  Perhaps not for generic models, like a Toyota Camry or a Nissan Altima, but surely for something less prevalent like a Toyota Supra or Nissan 350Z. This is mostly due to the added shipping costs from getting them from overseas.

The same goes for luxury cars, especially foreign luxury cars.  Another reason a luxury part might cost more is that they usually carry more electronics tied into their bumpers. Dealing with things like sensors and cameras makes the repair or replacement take longer, and at $50 to $100, things add up quickly.

While the type of finish may impact the cost by a little, the reason we mention it is that some are more difficult to match.  Certain types of paint, such as pearl-coats or metallics, are likely to result in a noticeable difference in shade. If you plan to repair a bumper with either of these paint types. The shop will likely have to blend it across other body panels (depending on the location of the damage).

For this reason, you might consider replacing the bumper rather than repairing it. Be sure to check whether the manufacturer of your model offers a paint-to-match option, which will not only reduce costs but look better as well.

Now that you have a better idea of when to repair or replace a rear bumper.  Let’s look at the costs associated with repairs.

How Much Do Rear Bumper Repairs Cost?

So long as the ability of the bumper to protect you from harm hasn’t been compromised, repairing it might be the best way to go.  Here’s what you might expect in terms of costs:

When having a bumper repaired, parts costs are kept to a minimum. It mostly comes down to the paint. Whites are usually the least expensive, and reds cost the most.  As we mentioned earlier, pearlescent or metallic colors also carry a premium.  A quart typically costs between $25 to $150.

As stated earlier, body shops often charge between $50 to $100 per hour, sometimes more.  Unless it’s very minor damage, the shop will likely have to remove the bumper first (as well as any cameras, sensors, or trim pieces). Repair options include filling and glazing, heat repairs, and paint-less dent repairs (PDR).

Filling and glazing require the affected area to get sanded down and then filled-in with a putty.  Then, it needs to be painted and blended. Heat repair involves using an oxyacetylene torch to heat the affected area to manually push/pull out the dent.  This method does not always require painting. The same goes for PDR, which is usually a less costly solution for small to large-sized dents (not scratches or cracks).

Depending on which method is used, and whether any paint is required. The average amount of time for a rear bumper repair is about 3-days.  This includes removing the bumper, performing the repair, time for drying, and installation.  Since you aren’t charged while the paint is drying, there’s likely between 4 to 6 hours of actual labor for minor repairs.

How much do rear bumper repairs cost? Expect to spend between $225 to $750 for minor damage.  This increases quickly for multiple scuffs/dents.

How Much Does Rear Bumper Replacement Cost?

Thankfully, replacing a bumper doesn’t always mean the entire structure, sometimes, you only need a new cover.  The same goes for the Styrofoam and brackets, the cover can be intact, but they might break. Let’s take a closer look at what you might expect in terms of costs:

Let’s take an average vehicle, a 2015 Toyota Corolla.  The cover (not painted) is about $100, the Styrofoam, roughly $150, and the brackets, around $25, for an estimated total of $$275. That doesn’t include any small trim pieces or the brake light assembly.

The labor amounts are similar to that of a repair unless the replacement cover is already painted. If it’s not, expect an average of about 6 to 8 hours of labor. They include removal of the old bumper (as well as any trim pieces, the brake light assembly, and any sensors or cameras). Then comes painting and reassembly.

All said and done, the cost of a rear bumper replacement comes out to between $700 to $1,750 (before shipping). This increases by a considerable amount if you need a brake light assembly, exhaust components, or added trim pieces.

Now that you better understand the costs associated with repairing or replacing a rear bumper. Let’s look at whether having insurance pay for it is an option.

Yes, they will. However, depending on your deductible amount, you might want to consider paying out of pocket.  If you have a low deductible, say, $500, then there’s a good chance the total costs will exceed this, in which case you should claim it.  For a higher deductible, you should shop around for quotes before making a decision.

The other thing to keep in mind is that for collision repair claims above $500, the accident will show on a vehicle history report.  We’re not saying to hide damage, but you should know that it will lessen the perceived value of your vehicle to many buyers.

If you receive the fateful news that your car has frame damage, then you should prepare yourself for a significant drop in value. Bumpers are only made to absorb impacts up to a certain extent. And if the collision is bad enough to damage the frame, the value of your vehicle can drop as much as 70%.

If this should happen, you absolutely should file a claim with your insurance provider. Unless your car is particularly old and not worth the deductible amount. If that’s the case, you might be better off selling it to a scrapyard.

Know too, that frame damage can also mean your car is dangerous to operate.  The frame is what supports the weight of the vehicle. And once it’s compromised, so is its structural integrity.

People love quick DIY techniques, anything they can do at home without spending any money. Here are 3 simple methods for removing small dings from a rear bumper:

Applying a small amount of dry ice to a shallow dent may be just the thing for it to pop out (due to the change in temperature).  Be sure to wear gloves during the process, or you risk harming your skin. Just rub it in small circles around the affected area and hope for the best.

Similar to the dry ice method, using a hairdryer relies on the idea of thermal expansion.  Just hold it about 5-7 inches away from the dent and move it in small circles. With any luck, you’ll notice a small dent disappear before your eyes.  Just be sure not to get too close, and if you see the area starting to look dull, be sure to stop immediately. You’ve likely melted the clear coat and need to apply a layer of wax.

You can find a dent repair kit online, or likely at your local automotive parts store, they typically range from about $50 to $150.  They rely on two methods of pulling a dent out, suction and glue. The first operates like a plunger, creating suction, the second involves applying glue directly to the paint so you can yank out the dent.

None of these methods work 100% of the time, the only way to guarantee your car gets restored back to its original condition, is to hire a professional.

Nobody Ever Said Bumper Repair Was Fun

That’s the truth of it – a damaged bumper sucks.  Thankfully, after reading this article, you should at least have a better idea of how to not get hustled during a repair.  Just because you got rear ended, or backed into a pole, doesn’t mean a hefty bill.  There’ a good chance with a minor impact that a repair is possible.  If not, you might only need to replace the bumper cover.  Regardless, if it turns out you need to replace the entire structure, be sure to get a few quotes to be on the safe side.