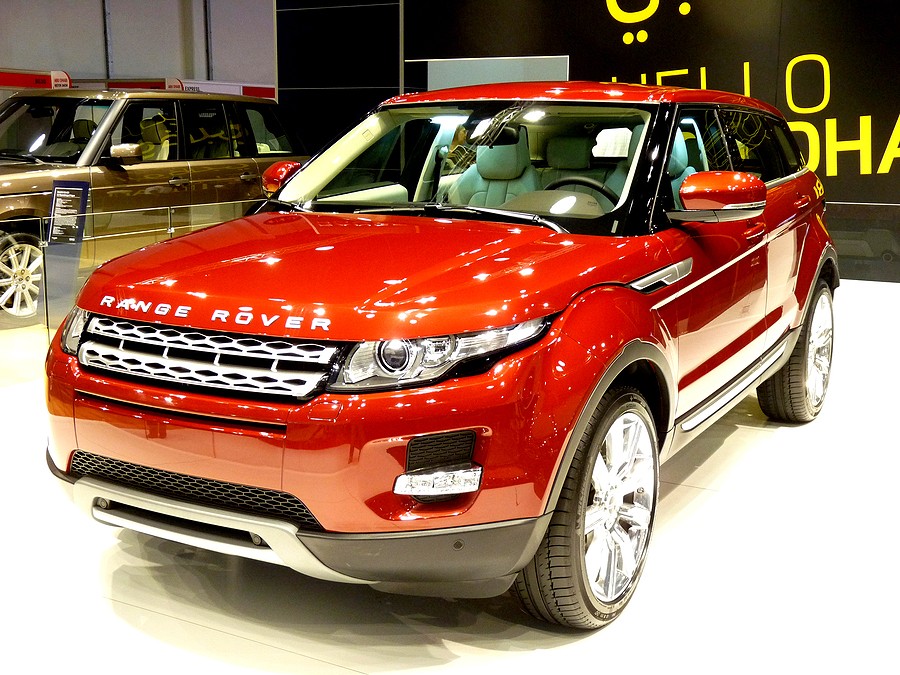 The Most Common Range Rover Problems

The Land Rover is one of the best auto brands in the world – we already know this. People with lots of money like celebrities and athletes, love to show off their style while riding around in a Rover. Although they are so popular and well thought of in today's society, they still have their faults and safety problems. In fact, they have been the subject of many recalls and complaints for numerous models. These are the most common Land Rover problems that plague car owners today.

Although the overall score of reliability might be decent for most Range Rover categories, the reliability rankings regarding air suspension mark quite low. Range Rovers are great in terms of style and class and power, but are notoriously not the most reliable.

A common issue with the Range Rover is the air suspension, which typically happens just after a few years of use. Customers will have to spend thousands of dollars to replace the original air suspension with the traditional coils. Air suspension replacement generally will cost between $1405 and $1478 for a spring replacement, with labor costs betting between $180 and $229, while the parts are the most expensive cost, coming in between $1225 and $1249.

Common concerns in this category of Range Rover problems include head gasket failure, heater core failure, and leaking oil, which generally happens very early – before 60,000 miles. Areas of the oil leaks include oil cooler lines and the valve cover gaskets, which are key parts of the Rover’s internal systems.

Head gasket failure can be caused by an engine overheating too many times, causing a clogged radiator and coolant leak. The common signs of the blown head gasket is that hot exhaust gases leak into the coolant system, and the end result is an overheating engine. Another symptom of a head gasket failure is a loss of power, meaning that the loss of compression can result in a rough running engine and a reduction of engine performance.

The last sign of a head gasket failure in your Rover is white smoke coming from the exhaust, caused by the antifreeze leaking past the gasket and into the cylinders, where it is turned to steam by the combustion process.

Another common Range Rover problem is that the sunroofs have a tendency to leak, a common occurrence that can happen very early at less than 55,000 miles driven for most Rover owners. The cause of the sunroof leaks in this type of car is usually due to pinched sunroof drains.

Sunroof drains are used to catch any water that gets by the sunroof glass, which then collects the water and siphons it on the corners of the sunroof housing under the glass, whether it then flows down plastic tubes inside the body of the vehicle and drains onto the ground. With the drains not working correctly, the sunroof water can leak into the car, and cause a major Range Rover problem.

The fourth common issue that is a major Range Rover problem is a parking brake failure. Customers and Rover owners have reported brake failures and loud sounds when the parking brake is utilized when securing your vehicle. Over time, this parking brake will get out of alignment and need to be repaired in order to continue working properly.

The emergency brake repair cost can range very drastically, going from just $10 to a whopping $600. The price range varies by labor cost, with the emergency brake being a huge part of keeping your car in a stationary position when the car is parked.

First, you will hear strange sounds, such as popping or clunking sounds, that will come from the steering wheel when you turn the wheel. The sounds might start off small and not concerning, but they will become louder and more frequent, meaning that you should bring your car to a shop to have it checked for the typical Range Rover problems.

In addition, you iht find it is becoming more and more difficult to turn the steering wheel easier and faster. Because of this, you will have to put more thought and stretch into turning the wheel, which can slow down your reaction time and make it more dangerous to operate the car.

How reliable is the Range Rover?

As we know, the Land Rover is a name associated with the Rolls Royce and founded by Rover in 1948, becoming its own brand in 1978 and producing quality cars ever since. The company has been owned by several other corporations since the first car was produced, including big names like Ford and BMW. In 2012, the company merged with Jaguar to form Jaguar Land Rover, the company in charge of the production of the famous Range Rover.

In addition, according to the reports by the credible JD Power site, reliability scores for the Range rover vehicles between 2007 and 2016 were very poor. For 8 years out of 10 years of model production, the company scored below average on the Range Rover model, reaching only 2.5 out of 5 when it comes to reliability. This rating is much lower than the overall national average and is not a confidence inspiring number for potential owners.

The second study conducted just a few years later in 2016 showed similar findings, with the average number of problems per Range Rover vehicles reaching a whopping 179 out of 100 vehicles. In terms of reliability in more recent years, the 2019 findings showed that the manufacturer of Land Rover is close to the bottom, with Land Rover reaching just 308, placing 36th in a list of 40 brands.

The Range Rover also contains a high repair cost of nearly $500, which comes out very low when compared to other models in terms of the overall ranking. The Range Rover problems include the air conditioning, gearbox, engine, braking system, and the cooling and heating system fared pretty well, with only 14% of owners reporting issues with their vehicles. However, the steering and transmission systems both place in the bottom 10 for the Range Rover in terms of reliability.

Both brand new models, under 3 years old, and older Range Rover models, that are between 3 and 8 years old, earned a low reliability rating, earning just 1 star out of 5. This disappointing score shows a low confidence level within buyers and experts alike.

Along with the overall low reliability ratings in terms of every Range Rover model, the Range Rover Evoque has had numerous problems and has been recalled numerous times as well. Throughout its years of production, with it first being introduced in 2011, the Evoque has had ten recalls, with the main issues regarding the engine, fuel system, and the electrical system.

Newer models of the Range Rover Evoque have earned just two stars out of five in terms of the reliability ratings for the 2019 model. Over 50% of Range Rover Evoque owners who have stated Range Rover problems have shown that they have experienced problems with newer vehicles, with the key areas of concern centering around the exhaust and emission control system that was reported by 11% of owners.

With older models, the news does not get much better. The older models actually had a decreased reliability, with over 54% of owners saying that they had problems including automatic and semi automatic transmission, the central locking, exhaust and emission control system, parking sensors and steering components, and the reports of the engine breaking down during use.

Why is the Range Rover unreliable?

Now that you know about the reliability and the overall Range Rover problems hta have spanned several models and generations, you might be wondering if you should buy, lease, or hire a Range Rover for your needs? If you need a car for muddy terrain and tough off-road driving, this could be your choice. If you need a reliable car, then you should look elsewhere.