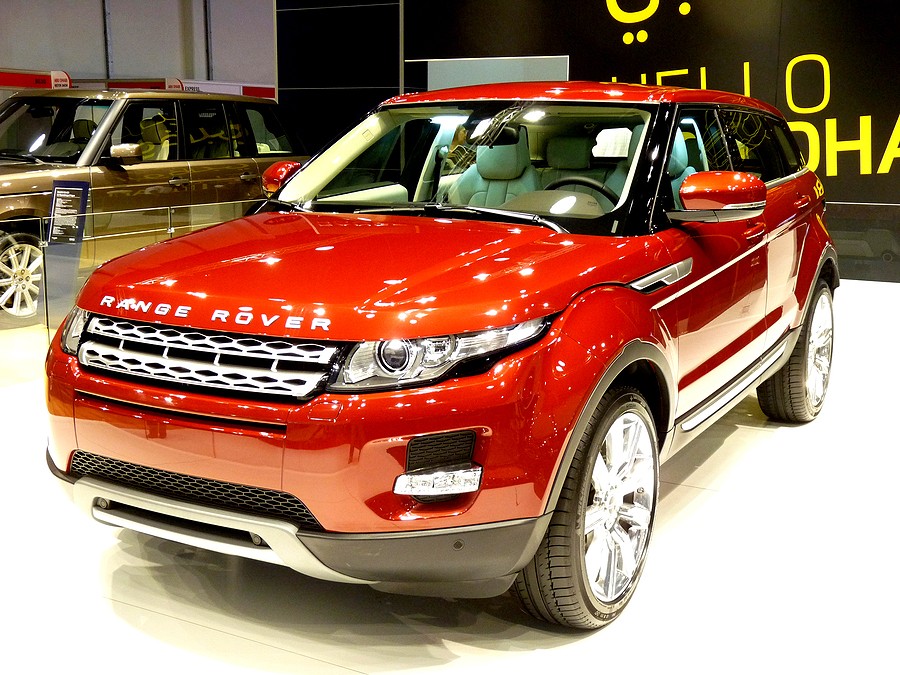 When you need a Range Rover engine replacement you will be presented with two main options. You can purchase a remanufactured engine or have your engine rebuilt. While you might be inclined to choose the option that will save you the most money it’s important to make the decision that will get you the best bang for your buck.

Range Rovers are exactly known for their reliability. A case study conducted by J.D Power and Associates revealed that the automaker has 220 problems per 100 cars every year. Compared to other automobile manufacturers these luxury brand vehicles experience significantly more mechanical issues.

Range Rovers are equipped with the following type of engines:

Why Do Range Rover Engines Fail?

In 2012 Warranty Direct voted Land Rover as the least reliable car. Perhaps one of the most common problems is engine oil leaks which are typically caused by damaged seals and gaskets. When these issues are undetected for a while or they are left unchecked this can eventually cause engine failure.

Many owners have reported experiencing engine problems with 70,000 miles on the dash. Some of the most common engine issues with Range Rovers are:

Range Rover Engine Replacement – Is It Worth the Cost?

The idea of paying several thousands of dollars for a Land Rover engine replacement may sound daunting especially if you are on a tight budget. You might even consider selling the SUV for whatever it’s worth and purchasing another vehicle.

No doubt, everyone has an opinion when it comes to deciding whether to repair a luxury SUV or go buy a new one. Ultimately the decision is yours and you should make a decision based on your needs and the car’s history.

If you’ve experienced too many mechanical problems to count within the first couple of years of owning your Range and you no longer have the money to keep up with repair and maintenance costs, you may be interested in a vehicle with less expensive costs. However, buying a new car to get out of a sky-high repair bill can be a bad decision.

Is the Service Engine light on? This light can indicate a host of different problems. However, most of these issues are directly related to your engine’s performance. Overtime when they are left unchecked it can, unfortunately, compromise your engine completely.

If you notice that there is a lot of smoking coming from your tailpipe there is likely an issue with your car’s engine. The color of the smoke can indicate whether the problem is a coolant leak, a gas leak, or some other problem. A cloud of thick white smoke is a sign that there is a leak in your vehicle’s cooling system which burns coolant like fuel.

Blue tinted smoke indicates that oil gasoline is being mixed together. This means that the motor oil isn’t properly lubricating all the components of the engine which will lead to the death of your engine.

Knocking Noise In the Engine

Having trouble accelerating at high speeds or while going uphills? Or perhaps your engine is stalling intermittently. If you go without motor oil for long periods your engine will lose all of its power and won’t even crank.

A remanufactured engine is one that has been restored to close as new as possible by the Range Rover manufacturer. This type of engine has been thoroughly inspected and all of the damage has been repaired. All of the worn components have been remachined so that it meets the manufacturers' specifications.

Remanufactured engines have to meet industry standards in order to be sold to a consumer. Important components such as the seals, gaskets, bushings, timing chains, and drive belts. These engines have undergone testing to ensure their viability.

In most cases, they offer increased performance and reliability than an engine in the original state. Remanufactured engines are accompanied by warranties that last for about twenty-four months. However, these engines will last way longer than a rebuilt or used engine.

Range Rover Engine Replacement – What Is A Used Engine?

Are you considering purchasing a used engine for your Range Rover? A used and a remanufactured engine is not to be confused. A used engine is one that was likely removed from another vehicle that may have suffered extensive damage in a wreck or one that ended up in the junkyard due to failed mechanical systems.

A used engine usually already has a specific set of miles on it. A used engine is often used as-is and none of the parts are replaced. Replacing your Range’s engine with a used one is often the cheapest option. Yet, you should exercise caution when opting for a used engine.

If you purchase a used engine and it doesn’t work in your Range Rover, you’ll be out of the money you invested. How can you be sure that you are purchasing a quality used engine?

Purchase From A Certified Engine Supplier

How Many Miles Are On the Engine

The mileage on the engine is a major determining factor because how many miles a used engine has determines its life expectancy. The average motor accumulates between 12,000-15000 miles per year.

In addition, to the mileage on the motor, you should also consider its age. Divide the total number of miles by the age of the motor to ensure that the engine has the appropriate mileage for its age. You can find out the age and exact amount of miles on the engine by looking up the VIN.

Resist the temptation of purchasing a used Range Rover engine that has been taken apart and sold in pieces. Look for an engine that is fully assembled with all the sensors, the charge pipes intact, and with the engine harness uncut. This also includes the fuel rails and injectors.

Whenever you are buying a used engine you should make sure that it has been professionally tested. Engines removed from a wrecked vehicle may be in a good condition but this isn’t always the case. You can get an idea of the condition of the used engine just by inspecting it under the hood.

Remove the oil filler cap and check for black carbon deposits which is a sign of poor maintenance. If there is a white substance along the undersides of the cap you might have a major problem on your hand.

Use the dipstick to check the oil levels and the quality of the oil. What if the oil levels are low or the oil in the reservoir is dark, dirty, and slush-like? This means that the car owner definitely did not keep up with the oil changes. If you notice signs of poor maintenance you should reconsider buying the used engine.

Reputable engine suppliers stand by their products and will often provide at least a thirty-day warranty at the time of purchase. Warranties aren’t always offered by junkyards or private sellers. When you are buying a used engine for your Range there’s always the chance that it won’t work in your car. Having a warranty offers you some protection.

Range Rover Engine Replacement – What Is A Rebuilt Engine?

A Range Rover engine rebuild project should be completed by a specialist who is very experienced in working with Range Rover engines. A rebuilt engine has been removed from the vehicle, reconditioned for use, and reinstalled. During an engine rebuild, the engine is damaged and worn parts are removed and replaced with new parts. Depending on the damage, rebuilding an engine may only require replacing the seals and bearings.

A rebuilt engine isn’t always an option if your engine is severely damaged. When a crankshaft is shot, the pistons need to be replaced or the engine block is broken you’ll need to purchase a used or remanufactured engine. Or you can take a used Range Rover engine and have it rebuilt.

Contrary to popular belief, a properly rebuilt engine can last just as long and sometimes even longer than the original engine. An engine rebuild is a cost-effective way to restore your Range’s engine to its peak performance.

Range Rover Engine Replacement – How Much Does It Cost?

It’s no secret that a Range Rover engine replacement will be one of the most expensive repair jobs you’ve ever performed on your SUV. If you decide to invest in a rebuilt Range Rover engine you can expect to pay $5.000-$6,000 for rebuilding a few blocks. For custom work, you’ll have to pay a couple of extra thousand dollars.

Remanufactured engines are of better quality than both a used and rebuilt engine. Therefore, the associated costs are higher. The average cost of a remanufactured Range Rover Engine is approximately $2.500 -$5,000 for the engine while the labor costs are about $1,100 -$1.800.

A Range Rover engine replacement can vary depending on which Range Rover or Land Rover model you own. Recent models that were manufactured in the last five to seven years can cost significantly more money to repair.

Replacing the engine on these luxury SUVs is so expensive because they are made from high-end components. A Range Rover engine replacement can’t be conducted by a mom and pop mechanic shop. Whether you’ve decided to invest in a used, remanufactured, or rebuilt engine, these vehicles must be serviced by a certified and skilled technician. These technicians charge over $90 an hour for a Range Rover engine replacement.

Now is the time to weigh all of your options. Before you decide on what type of Range Rover engine replacement you’re going to have performed you should do your research, consult an expert, and shop around for the best prices.