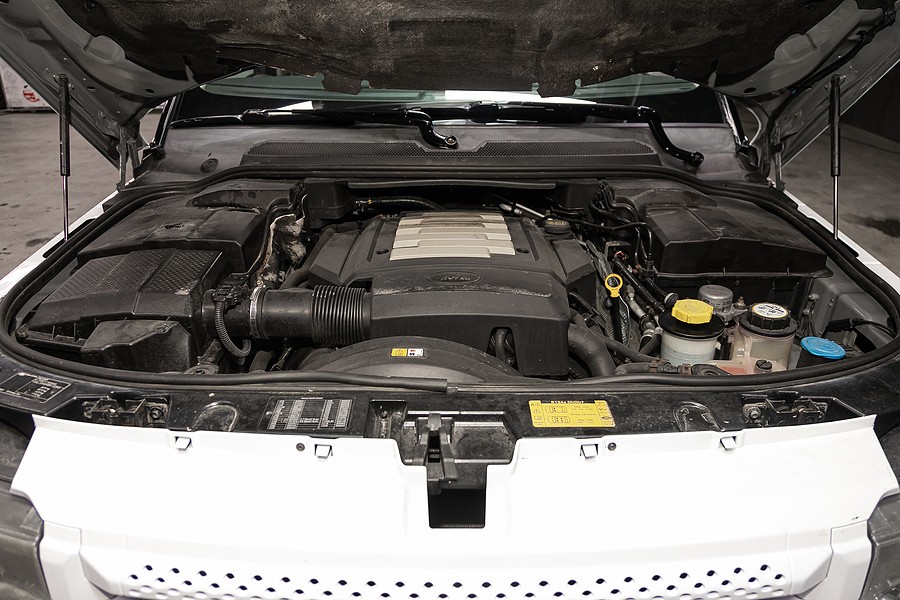 The engine is said to be the heart of a car and it makes the car work. It is made up of a lot of components that work together to create energy that makes your car move. Cars like Range Rovers have engines that are sought-after because of their solid performance. But like any car parts, it can wear down eventually and will have to be repaired or replaced. The Range Rover engine price can vary depending on what type of engine you use or whether you’ll buy a used, rebuilt, or a remanufactured one. The Range Rover engine price can go from $2,500 to $18,000. That price is only for the engine and its parts. The labor cost for the actual engine replacement is not yet included.

People who are asking for the Range Rover engine price might find the price too expensive. But it is already given since Range Rovers are pretty expensive vehicles, too. But why is Range Rover so expensive?

For one, the Range Rover is generally considered as a luxury vehicle. It is not built like one of those generic cars that only takes hours to build. Range Rovers are meticulously built for many days to ensure that the people who buy them will get their money's worth. They will get a vehicle that is equipped with the latest technologies and advanced features. Range Rovers also have limited sales and a select lineup of models. It adds up to its appeal. You don’t see it being driven around by a lot of people.

Range Rovers are luxurious vehicles with interiors that are made with luxurious materials. It has real wood, Oxford leather, and technologies that make your ride comfortable. Plus, Range Rovers are being sold as a luxury vehicle with all-condition capabilities. It promises an experience like no other.

Before you think or ask about the Range Rover engine price and consider your options, you need to know what your options are first. The Range Rover lineup has several engine options. There is a 254 hp 3.0 liter V6, a 334 hp 4.4 liter V8, a 335 hp supercharged V6, 5.0-liter V8 with 525 hp or 565 hp, and a 2.0 liter PHEV. Some of these engines are only available on certain trims or in certain configurations.

What engine you choose really depends on how you will be using your vehicle. If you want a Range Rover for its performance, acceleration, and sound, you might want to choose the  5.0 liter V8 engine. This engine is all about performance. You just have to choose between its two variants, the 525-hp one or the one with the 565 horsepower.

If you like to use your Range Rover for city driving or for your daily commute and with a good towing capacity, you can opt for the  3.0 liter V6. This engine is originally engineered for Jaguar and is classified as the “Lion” engine. This engine’s cylinder block is built from a compacted graphite iron which is a lighter and more tough alternative to cast iron.

If you are more of an adventurous person that loves to be outdoors and would need something that can tow boat trailers and other heavy stuff, then you can choose the 4.4 liter V8 since this engine can tow up to 3.5 tons. This engine is a derivative of the V6 which is a smaller version that is developed and made for Jaguar Land Rover by Ford.

There are also some models of the Range Rover and Range Rover Sport that are built as a Plug-in Hybrid Electric Vehicle or PHEV. If you want an all-rounder and an economical Range Rover, you can choose a 2.0 liter PHEV. This engine can make an impressive 404 horsepower. Owing to its on-board hybrid motor and battery pack, you can enjoy its fuel economy of up to 83.2 mpg and its 25 miles of electric-only range.

Range Rover Engine Price: How much does it cost to replace a Range Rover engine?

Used engines are engines that are pulled out from a vehicle that is wrecked or have other irreparable damages that ended up being sent to a junkyard. A used Range Rover engine price can go from $1,610 to $14,000. The cheapest ones are the engines that already have more than 100,000 miles on it while the expensive ones are those supercharged engines with a much lesser mileage. You can also purchase used Range Rover engines for less than $1,000 but these engines most likely have more than 200,000 miles on them. It will be risky to buy them.

Rebuilt engines are just like the used engines that are pulled from junked cars but have been disassembled and inspected thoroughly. After the inspection, the serviceable parts will be reused and the damaged and worn parts will be replaced with a new one. A rebuilt Range Rover engine price is slightly higher than the used or pre-owned one. It can be bought for $3,250 to $17,000 depending on the type of engine. These prices don’t include accessories like the AC compressor, alternator, power steering pump, supercharger, and starter.

You can also choose to have your faulty engine rebuilt instead of replacing it with a new one. Rebuilding engines are usually done when problems such as misfiring, excessive exhaust smoking, loss of compression, and increase in oil consumption.

If you choose to rebuild your own engine, you will just have to pay for the parts replacement and the labor cost. It will be a cheaper option but there will be no warranty that the engine won’t cause problems anymore. That is why you need to be really careful about it and have your engine inspected thoroughly if it can still be rebuilt or if it needs to be disposed of and replaced with a new one.

Remanufactured engines are engines that were pulled from a vehicle and then returned to factory condition. It is said to be the highest quality option for replacing an engine in your vehicle. Machines were used to restore the cylinders as well as the other parts to their specifications so that the engine can operate as if it was brand new. Remanufactured engines have warranties and are known to last longer than the used and rebuilt engines but are more expensive compared to the other two.

The Remanufactured Range Rover engine price can go from $5,000 to $18,000 or more depending on the type of engine. The Remanufactured 4.6 BOSCH long block engine with secondary air can be purchased for $7,196 plus other fees like the additional $1,250 refundable core charge and shipping fees. Many remanufactured engines are being advertised that they are better than the original one. This is because all of the flaws of the original engine have been corrected.

For example, there are certain Land Rover engines that are made with an all-aluminum block casting fitted with steel piston sleeves. These two metals can cause the piston sleeve cylinders to leak due to the two metals’ repeated heat expansion. This problem can cause your engine to fail if it becomes too severe. Now, some remanufactured engine companies correct this problem by machining out the defective sleeves and replacing them with all new sleeves that are specially-designed to do the sealing jobs better than the original one. They modify some parts to make the engines more sturdy and to improve their performance.

If you are replacing your old engine that has already 150,000 miles on it, it is recommended that you also check your car’s other components as well as they will most likely fail soon. You need to check the power steering, cooling system, charging system, starting system, transmission, sensors and relays, and your air conditioner. You might want to have these components inspected, tested, and replaced when needed.

You also need to check the motor mounts and replace them when they are worn or damaged. Inspect the condition of the clutch or torque converter, transmission, CV joints, U-joints, and other components and have them repaired if necessary.

If you are using an engine with a high mileage, it is recommended that you install a new oxygen sensor. This can help your vehicle have proper fuel feedback control and a better fuel economy. You also need to install new belts, hoses, coolant temperature sensor and thermostat, new spark plugs, plug wires, distributor cap and rotor. Knowing the Range Rover engine price does not mean that you will only be paying for the engine cost, you will also be paying for the labor and other parts to make sure that you won’t encounter any Range Rover problems in the future.

The car’s engine is known to be one of the most expensive parts to replace. Sometimes it could cost more than your car’s overall value. That is why people are asking if it is worth it to replace an engine or just buy a new car instead.

If you think that the overall value of your car is lesser than or is somehow similar to the engine replacement cost, then it is better that you sell your troublesome car and buy a new one. Remember that the Range Rover engine price does not include other costs like the taxes, shipping fee, and the labor cost. You might also need to repair or replace other car components so you will be paying for that, too.

If after inspecting and assessing your car and you know and confirm that it is worth something more than the engine replacement cost, then go and get your engine replaced. It will be more cost efficient than buying a new Range Rover. Replacing your engine is also environmentally friendly since you will recycle and reuse some parts especially if you have your engine rebuilt or buy a rebuilt or a remanufactured one.

Remember that there are a lot of factors you need to consider when choosing a replacement engine for your Range Rover. There is more to it than just asking for the Range Rover engine price. You don’t only pay the Range Rover engine price itself but a lot more. You have to know your budget and how much you are willing to spend. You need to know what you need and what you want to achieve.  It is best that you ask an engine specialist about the type of engine that would be best for your car and that is best for your budget.